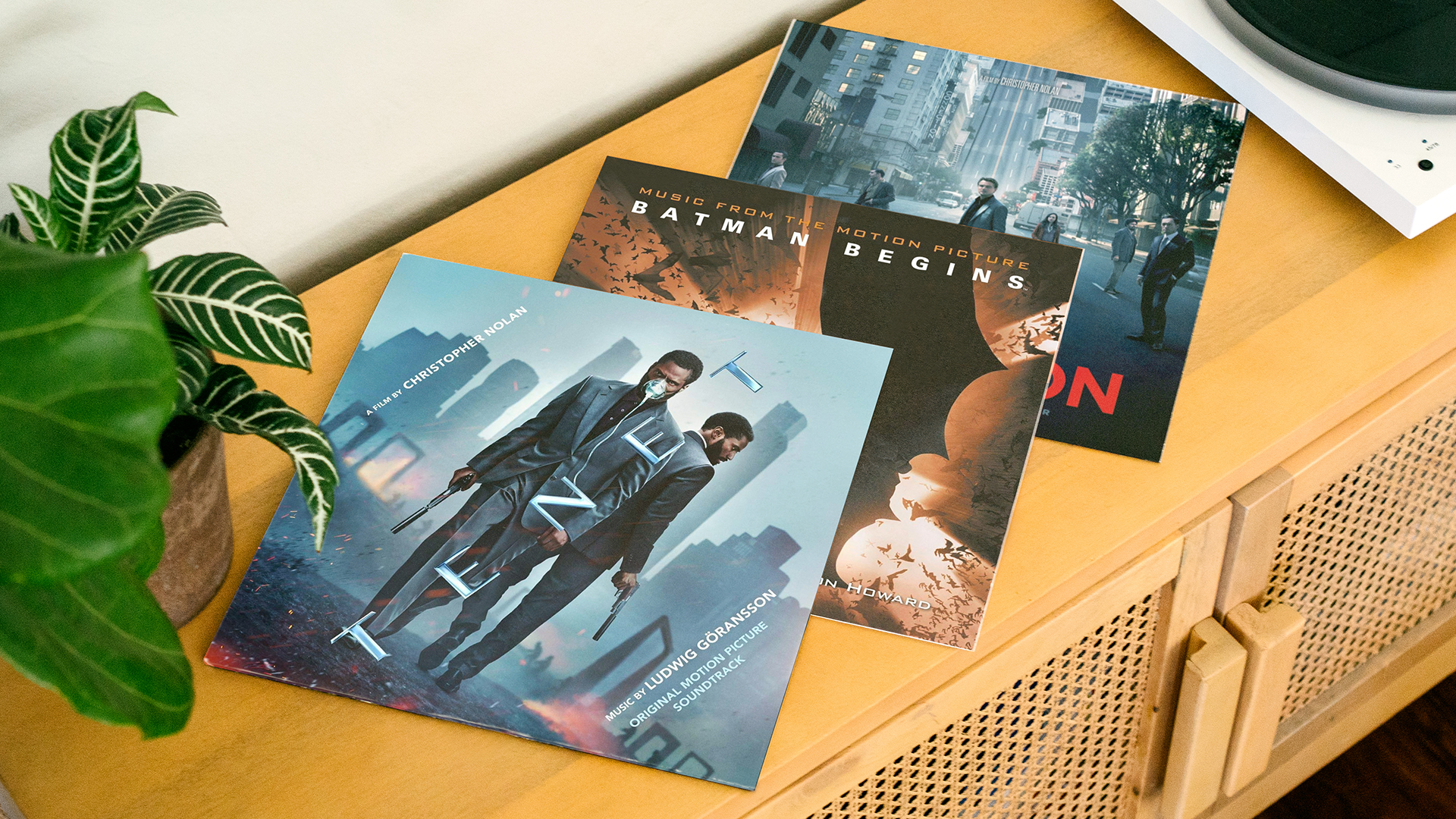 Depending on whether your love of movies can match your love of vinyl, it may surprise you to know that Christopher Nolan has only directed 11 feature-length films. Considering the success of the acclaimed director, best-known for the Christian Bale-led Batman trilogy and sci-fit hits such as Interstellar and Inception, it’s hard to believe that his list of credits is much shorter than his list of awards.

Rather than count his film accolades (Wikipedia has done that already: over 500 nominations and 186 wins), we’re diving into the data surrounding his movie music. Below is a list of the most popular soundtracks from Christopher Nolan’s movies. Like our monthly genre roundups, this ranking is defined by how many of these soundtracks can be found in the Collections of Discogs users. We did not limit each release by format; these soundtracks include everything from CDs to double LPs.

You’ll notice that this list only includes 10 flicks — that’s because the soundtrack of Nolan’s 2020 film, Tenet, has not been released in all formats yet. The deluxe edition of composer Ludwig Göransson’s work is coming to vinyl on January 22, so we expect this list will look a lot different in 2021.

Big fans of Batman may also be surprised that the entire trilogy was beaten out by two other films, but we’re not, because No. 1 on this ranking also claimed the top spot on a breakdown of the most-collected albums featuring Hans Zimmer, a longtime Nolan collaborator.

Do you have any soundtracks in your Collection?

Published in partnership with WaterTower Music.