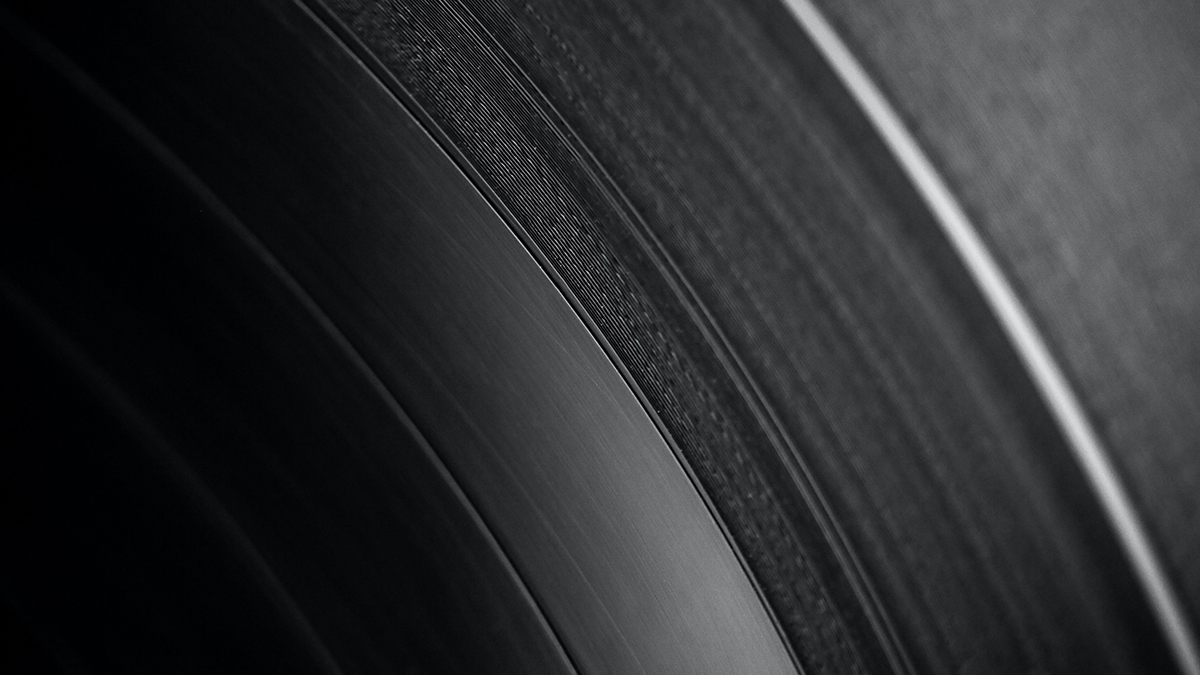 When the members of Monty Python were mapping out what would be the comedy troupe’s fourth album, 1974’s Matching Tie and Handkerchief, they wanted to do something unusual to mess with the form and format of the typical vinyl record. They knew it would have the usual collection of sketches borrowed from their television show alongside new material written expressly for the LP. But what else could come up with?

“I suddenly thought, ‘Wait a minute, you’ve got a record and it goes from the outside into the middle,’” Terry Jones recalled in the 2009 BBC documentary Monty Python: Almost The Truth, “‘Why couldn’t you start at a different point and do the same thing with a concentric circle — so you wouldn’t know what you’re going to get on the record?’”

What Jones is describing, and what the comedy troupe accomplished on Matching Tie, is a multisided record, an LP or single with multiple grooves cut into one side of the vinyl. Meaning, simply, the listener gets a different experience depending upon what groove your stylus falls into. On this Monty Python album, for example, side two might start off with a radio documentary parody where information about Medieval farming practices is explained in pop song form, or a skit where two women coo over a grown man, who happens to be the Minister for Overseas Development, as if he were a baby.

While Jones thought he had hit upon a brand-new idea, as he soon found out, record companies have been making multisided vinyl for decades. And it’s a practice that has continued since the release of Matching Tie, mostly used as a promotional gimmick to sell an artist’s single. If Monty Python pioneered anything with their multisided record, it was arguably the first time a comedy album was meant to purposefully confuse listeners as they didn’t tell anyone what they had done to the vinyl.

Cutting two grooves into one side of a record feels like an easy trick to pull off, but, according to Gus Elg, the engineer and owner of Sky Onion Mastering in Portland, Oregon, it requires a great deal of precision. In addition to spacing out the first groove so that a second one could fit between it, the master has to be cut with fixed pitch, which basically limits the size of each groove.

“Most professional lathes have some sort of computer that automatically adjusts for the groove spacing based on the level of the audio,” Elg says. “When the music gets really loud, the spacing increases, and when it gets quiet, it packs the grooves tightly. You have to bypass that if you’re going to cut a double groove record. You need the grooves to be consistent for the whole side so they don’t run into each other.”

In addition to shortening how much audio can be featured on a double-grooved record, it also has an effect on the quality. Tighter grooves mean less dynamic sound quality. “You’re not making a puzzle record for audiophile purposes,” Elg says.

But while they may not sound as good as a normal piece of wax and might be a pain when trying to drop the needle on a particular track or version of a song, multisided records are certainly fun additions to a vinyl collection. Here are some of the more interesting multisided records that have been released over the past 70-plus years.

Over the years, there have been multiple variations on this kind of multisided record, but this release from British company Magi-Trak looks to be the first. The 78 features someone providing the commentary for a fictional horse race that ends with one of six horses crossing the finish line. Each copy came with a game board so that listeners could bet on the winner. The same concept has been used for records featuring baseball games, football matches, car races, and the spin of a Las Vegas roulette wheel.

Released in 1951, this playful 78 from singing trio The Fontane Sisters is a play on the title concept with four potential outcomes depending on which one of the four grooves that the stylus falls into. It could be a windfall of money, romance, heartbreak, or a promise that “someday you’ll take a distant journey to where your dreams will all come true.”

The sole known release by French label Multisons cut 10 different grooves into each side of this 10-inch release so, as the title of the record proclaims, listeners would get a surprise every time they moved the tonearm back to the run-in groove. And what they’d hear was a variety of different Latin, swing jazz, and Dixieland cuts for dancing.

This promotional item for food brand Laura Scudder’s was only available through a coupon found on bags of the company’s potato chips. The copy on the back sleeve promised that if you “pick up the needle and put it down … you never know what song will play.” In reality, that meant that side A of the 45 featured three grooves featuring either Arthur Lyman’s exotica classic “Quiet Village,” The Marathons’ R&B novelty “Peanut Butter,” or Brass Original’s Herb Alpert knock-off “Tijuana Taco.”

This 45 from 1973 was originally included with K-Tel Superstar Game: The Original Rock ‘n Roll Music Game, a board game that “captures the fun, the glamour, and the money of America’s multi-million dollar music business.” Each player is a music artist releasing records and trying to score hits. And their success is determined with this record, which, depending upon where the needle lands, will proclaim their single as “a hit” or “a flop.”

Tucked into each copy of MAD Magazine’s “Super Special” edition from 1980 was a flexi-disc that promised, “Every time you play it, it has a different, surprise ending!” It’s a concept as silly as anything printed in the pages of this counterculture mag as the eight concentric grooves begin with the same snappy tune but end with the protagonist getting beaten up by the mob or abducted by aliens or one of six other ignominious fates.

Like many of the other releases on this list, this sampler released in 1981 to promote Rush’s live album Exit Stage Left puts excerpts of a half-dozen different tunes on each side. “Simply place your tonearm on the edge of this record,” as the copy on the record sleeve reads, “and when you let Rush ‘n’ Roulette spin there’s an equal chance that any of the six featured Rush songs will be heard. In other words, ‘We have assumed control.’”

In keeping with the band’s disruptive nature, the first vinyl release of Mr. Bungle’s 1995 album Disco Volante featured a multi-groove track in the middle of side A. So anyone wanting to listen to either “Carry Stress in the Jaw” or “The Secret Song” would have to sweat over the exact placement of their needle to make it happen. Impressively, even the recent 2019 repress of this record recreated the same double-groove madness.

The “Ultra Edition” of Jack White’s 2014 solo album features all kinds of bells and whistles. Two tracks hidden under the labels of the album (and each played at a different RPM). A hologram etched into the dead wax on side A. Locked grooves. But for this list, all we care about is “Just One Drink,” the first track on side B, which features either an acoustic or an electric intro, each in its own respective groove. Both eventually link up to the rest of the song but before that, it’s the dealer’s choice for how the song will kick off.

There are eight different tracks that can be heard on this 2020 limited-edition sampler sent to VIP subscribers to Joyful Noise Records. Hearing all of them takes some doing. Two tracks sit side-by-side and are played from the outside in, i.e., the way records normally play. Two others sit side-by-side but play backward — from the inside out. That’s four different grooves bunched together at the start of the record. Another double groove selection follows. All praises due to mastering engineer Wes Garland, who was hired to cut the lacquer for this crazy collector’s item. That can’t have been easy. 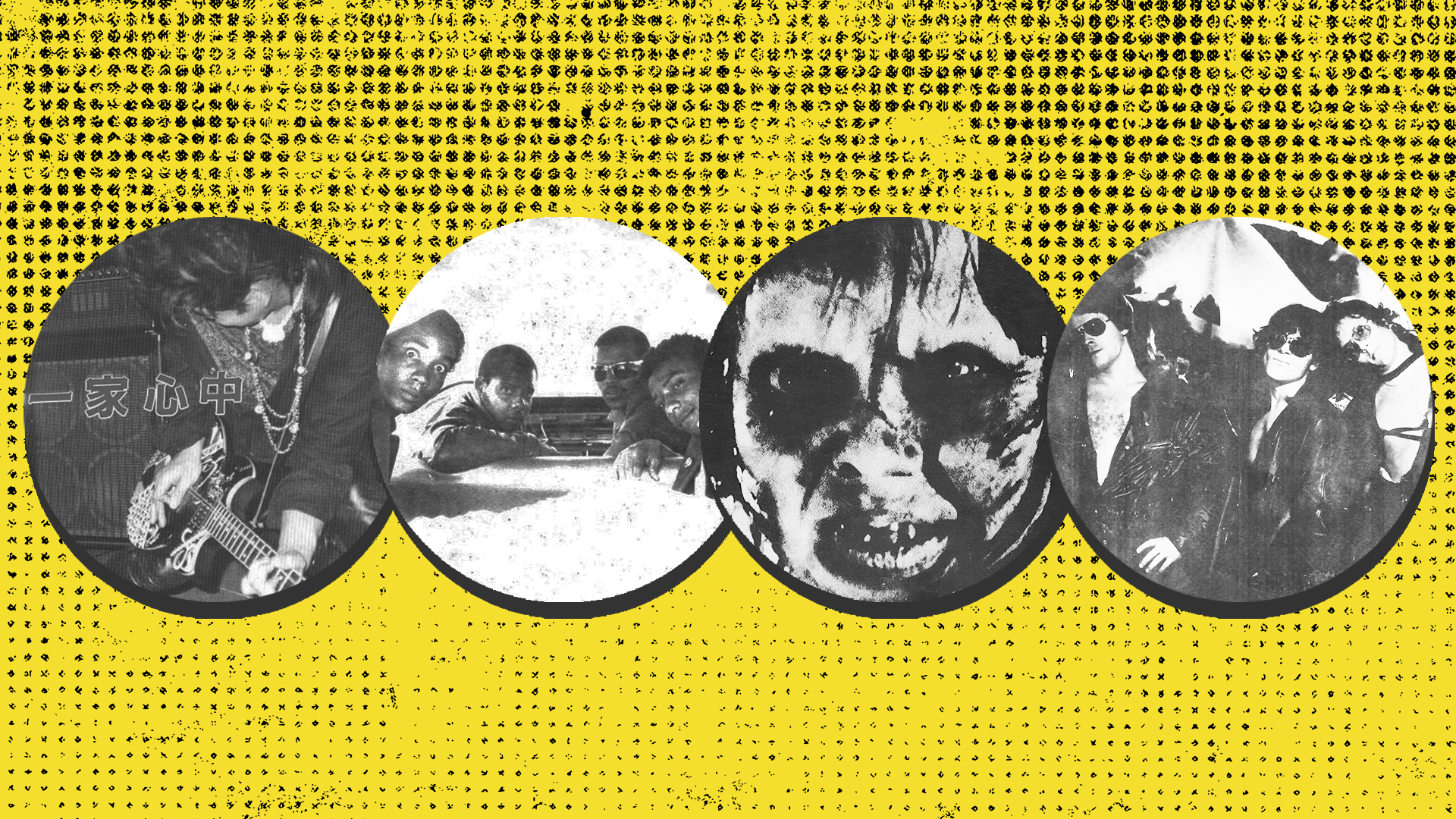 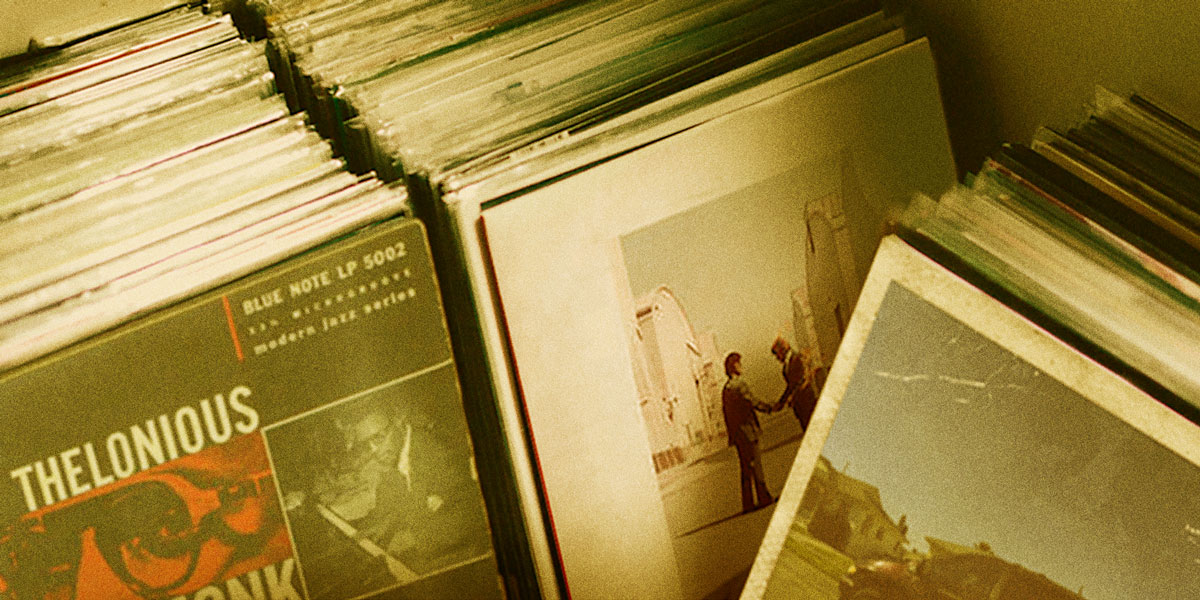 The Most Popular Album Released Every Year from 1950 to 2020