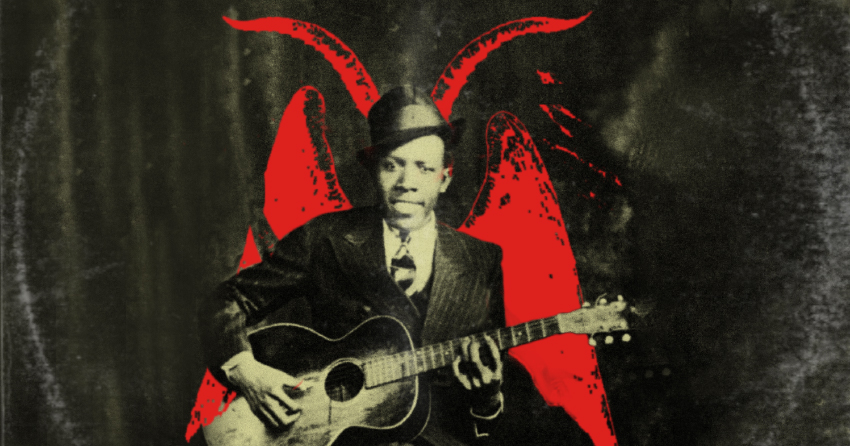 With all the greats, myths sprout and grow around them, often becoming so entwined with the truth that the line between fact and fiction starts to blur. Some of these stories are so compelling and have become so pervasive they’re inseparable from the musicians themselves. Below you’ll find a good mix of you-couldn’t-make-this-shit-up stories, a fantastical encounters, a classic example of wires crossed, and a fair share of theatrical interpretation and exaggeration.

If none of these stories from the music world give you the creeps – at least a little – well, you’re more unflappable than me. Happy Friday 13th!

Robert Johnson’s deal with the devil 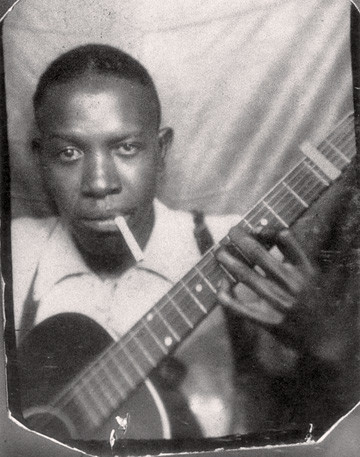 Despite having only recorded 29 songs between 1936 and ‘37, Robert Johnson is a hugely reverred blues musician. His influence on later blues, R&B, rock ‘n’ roll music and the generation of musicians, like Eric Clapton and Keith Richards who brought it to the forefront of pop culture is incalculable.

The young Johnson started out with a decided lack of skill with the guitar in the early ’30s and was “torturing audiences” in Yazoo City and Beulah. He was run out of town by his fellow musicians wanting to be taken more seriously. When Johnson returned with a newfound, near prodigious talent for guitar-playing and unique style that shocked his peers and former critics, it gave rise to a rumour they claimed could be the only logical explanation: that Johnson had sold his soul to the devil in exchange for his gift.

The (well embellished) tale goes that Johnson was walking towards Rosedale in October, stopping at a crossroads at midnight where he met the devil. The devil’s dog appeared to be mad, making a low, rhythmic, soulful howl unlike anything Johnson had heard before. The devil told Johnson that he couldn’t have the dog, but he could have the sound, naming it the Delta Blues. Johnson didn’t hesitate, agreeing to sign over whatever he had. The devil said there was no need for paperwork, just the understanding that by continuing on to Rosedale he agreed to the terms that Johnson’s soul would no longer be his, but his music would possess all who heard it. “Step back, Devil-Man, I’m going to Rosedale. I am the blues.” And the deal was done.

While the deal with the devil story is undoubtedly more exciting, Johnson himself claimed he’d simply been studying with a teacher while he was away. He liked practicing in graveyards because it’s quiet. It wasn’t just that he had mastered playing; to everyone’s surprise he had a seventh string on his guitar – something not previously seen in the blues scene. He had seemingly pioneered a whole new sound and way of playing, including unusual techniques like strumming a series of rapid-fire chords that made the guitar sound more like a piano.

Barry Lee Pearson, folklorist, professors, and co-author of the book Robert Johnson: Lost and Found, explains the popular myth in a conversation with NPR. He says that because there was so little biographical information about Johnson available, and because a deal with the devil is more interesting than the truth – blues writers at the time were working harder to find details to corroborate the story than disprove it. 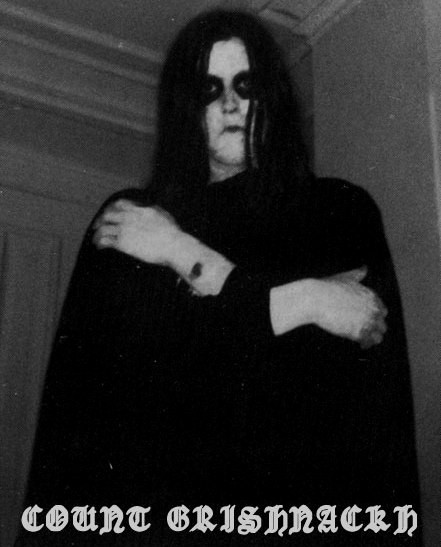 The legend of Burzum and Varg Vikernes the man behind the influential black metal project, is more like the plot of a dark Scandinavian crime drama than real life.

Vikernes served 15 years in prison for the murder of fellow black metal musician, Mayhem guitarist Øystein “Euronymous” Aarseth in 1993, as well as for the arson of three churches. Vikernes was signed to Euronymous’ label, Deathlike Silence Productions in the early ’90s. Euronymous had been impressed with Vikernes’ demos and the two had become friends. However, tensions between the two of them had been mounting after Vikernes had published an article in one of Norway’s biggest newspapers, Bergens Tidende, under the pseudonym “Count Grishnackh”. In the article, “We Lit The Fires”, he claimed responsibility for a spate of church burnings and for killing a man in Lillehammer. He said the attacks would continue, carried out by himself and a group of devil worshippers intent on spreading fear and devilry. Euronymous felt he was forced to shutter his record shop, Helvete due to the increasing police and media attention following the article’s appearance.

A heated argument occurred between the two musicians in August 1993, which some have speculated was the result of a power struggle, financial dispute (royalties owed to Vikernes for Burzum records), or a “one-upping” on a stabbing in Lillehammer committed by Emperor drummer, Faust. The argument turned physical and Euronymous body was found with 23 stab wounds.

Vikernes pleaded self-defense, claiming that Euronymous was plotting to stun him with an electroshock weapon, tie him up, and torture him to death while videotaping the whole thing. Turns out Vikernes wasn’t the only one on the warpath for Euronymous. Mayhem’s Necrobutcher recently told Consequence Of Sound that he was also on his way to kill Euronymous as he was pissed off about him using images of their bandmate, Dead (Per Yngve Ohlin) after his suicide in 1991 as an album cover for Dawn Of The Black Hearts.

Vikernes was released from prison in 2009. While serving time, he became affiliated with the Neo-Nazi Norwegian Heathen Front and started a neo-Nazi blog from behind bars. He was also one of the recipients of Norwegian terrorist,Anders Breivik’s manifesto, however he’s condemned Breivik’s christianity and said he should kill himself.

In 2013 he and his wife were arrested in France on suspicion of planning acts of terrorism after his wife bought four rifles. They were released due to lack of evidence, but Vikernes was convicted of inciting racial hatred against Muslims and Jews a few months later and sentenced to six months probation and a fine.

Burzum 1992 debut CD sold on Discogs earlier this year for $1500. A guy called Nathan won it in a jeep race with Vikernes, after they got into an argument over the internet about whether jeeps built in capitalist or socialist countries were better. This particular copy of the CD was given to Vikernes by Euronymous. 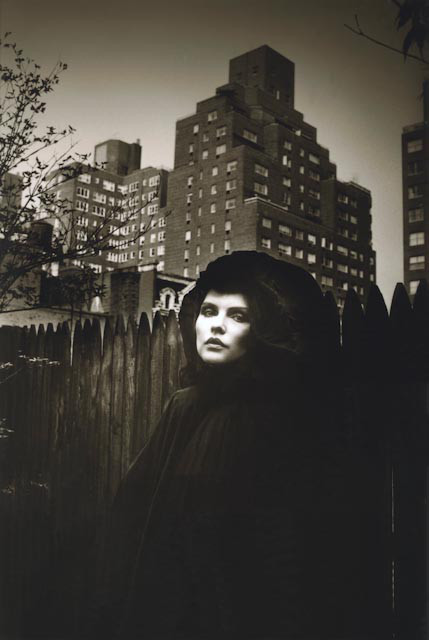 In her new memoir, Face It, Debbie Harry tells a story from the early days of Blondie about how she narrowly avoided a potentially very fraught situation with a man she believes was Ted Bundy. It was a hot New York night in the summer of 1972 and was having trouble hailing a cab to get across town. A dude who was circling the neighbourhood in a white car stopped at the curb and offered her a ride. She thought about walking but was wearing big platforms and didn’t fancy the trek, so she got in out of desperation, and soon realised her mistake. The inside of the car was “totally stripped out” and she immediately felt in danger. Despite it being unbearably hot inside the car, the windows were wound all the way to the top. There were no door handles or window crank. Harry has said when he saw her trying to open the door he tried turning a corner really fast, which worked to her favour, helping to propel her out of the car and land her in the middle of the street.

Face It isn’t the first time this story has surfaced, Harry has recounted the event in many earlier interviews, always insisting that it was Ted Bundy, although the evidence that it was Bundy doesn’t work in her favor. Fact checking site, Snopes gets into the details on why the dude in Harry’s account probably wasn’t the most famous serial killer of all time. Bundy lived in the Pacific Northwest – also where most of his crimes were committed – Harry’s is also the only account of Bundy in NYC. Harry’s description of the car doesn’t match any profiles of Bundy’s cars: he would remove the passenger seat of his light brown VW Beetle to lie victims’ bodies flat in the car, but wouldn’t strip anything else out of the car. Harry’s story takes place in 1972, but Bundy wasn’t known to be abducting women until at least 1974. Ann Rule, author of Bundy study, The Stranger Beside Me says many women have erroneously ID’d Bundy in their tales of near abduction.

Sadly, psychopaths are not short in supply in this world, so while it’s impossible to rule out Bundy in this story, it’s more likely that it was an anonymous creep.

Both Mama Cass and Keith Moon died in Harry Nilsson’s inner-London flat within a few years of each other, both at the age of 32. Rumours started circulating that the 9 Curzon Place flat was cursed – one that Nilsson himself subscribed to – he sold the flat to Pete Townsend soon after Moon’s death. In all likelihood, it was probably less to do with a curse and more the fact that both Cass Elliot and Moon were both hard partiers, not shy of their drink and drugs. 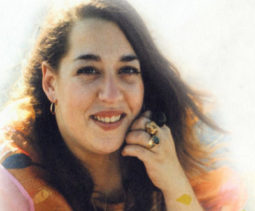 Cass Elliot of The Mamas & The Papas died on July 30 1974 . She’d just finished a successful two week solo run at the London Palladium, which had garnered glowing reviews, and was celebrating following the end of her run. The night her engagement wrapped, she went to Mick Jagger‘s birthday party in Chelsea, then straight to a brunch the following morning organised by Georgia Brown. From the brunch she went on to a cocktail party, finally heading home around 8pm after telling fellow revellers she was feeling tired. After a long night (and day) of partying, she finally went to bed, and was left undisturbed most of the following day, as was normal for her. Her secretary, Dot McLeod went in to check on her later in the day and found Elliot had passed away in her sleep.

Despite the unfortunate persistent myth that she died choking on a ham sandwich, the sad truth is that Elliot died of a very untimely heart attack. Doctors claimed her heart was fatally weakened due to two years of crash dieting. While the reviews for her London Palladium shows were overwhelmingly positive, almost all of them had mentioned her weight. She’d told Daily Express reporter, David Wigg, “I’d like to lose more because I’m getting older. These days when you approach your mid-thirties, you think about heart disease.” 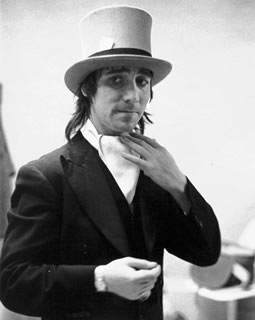 Four years after Elliot’s tragic passing, Keith Moon was staying over in Nilsson’s flat. According to some, Nilsson had been reluctant to let Moon stay in the apartment as he already thought it was cursed after Eliot’s death. Moon had been going through a tough time – he had been struggling with alcohol addiction following the breakdown of his marriage, and the accidental death of his chauffeur, Neil Boland. On the night that he died, he’d been to party with his girlfriend, Annette Walter-Lax, hosted by Paul McCartney. The pair left the party early and headed back to the flat. That night he took several Heminervrin sedatives he’d been prescribed to help ease the symptoms of alcohol withdrawal. He was discovered face-down and unresponsive on the bed the next afternoon on September 6 1978. Some say he took 32 pills – I wasn’t able to verify that, but I also hate to let the truth get in the way of a good story.

People were shocked to learn of Moon’s death, as everyone had thought he was indestructible. He once told a doctor about his typical diet: bangers and eggs at 6am washed down with a bottle of Dom Perignon and half a bottle of brandy, followed with a couple of downers. Then he would take a well-earned nap between 10am to 5pm. Heading in to the evening he’d get started again by popping a few Black Beauties (a combo of speed and dextroamphetamine), along with more brandy and champagne, then a night on the town, wrapping up around 4am.