If you’re one of those nostalgic hipsters or old-school heads planning to celebrate Cassette Store Day, thank National Audio Company. The Missouri-based business has been family-owned and operated since 1969, and today it turns out more than 10 million cassettes a year. It’s the world’s leading cassette duplicator and soon to be perhaps the only manufacturer of musical-grade magnetic tape in the world. Without NAC, there may never have been a Cassette Store Day at all.

Owner Steve Stepp, 70, had a front seat view of the cassette tape’s roller coaster existence. He founded the business with his father, who had previously been a partner in a sound systems company. It outfitted commercial businesses with speakers and low-quality tapes of instrumental background music. The younger Stepp helped out with the duplication machines between college courses, but when FM-sourced “muzak” came into vogue, his father sold his interest in that company and moved toward the latest gadget.

“A sales rep came in from Ampex Corp. and showed us an audio cassette,” Stepp remembers. “The guy said, ‘What do you think of that?’ I said, ‘It looks like you could use it maybe to make a little doll have a voice, but I can’t think of any other application for it.’ He said, ‘It’ll be a little bigger than that.’”

NAC got its legs supplying blank tapes to everyone from educational programmers to religious organizations — but once high-grade Feric tape developed crisp, multi-layered highs and lows, the music industry took over. 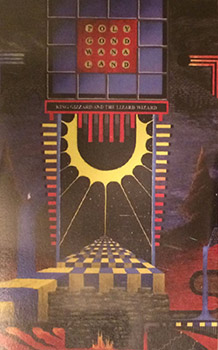 King Gizzard And The Lizard WizardPolygondwanaland

Guardians Of The GalaxyAwesome Mix Vol. 1 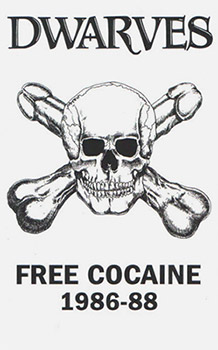 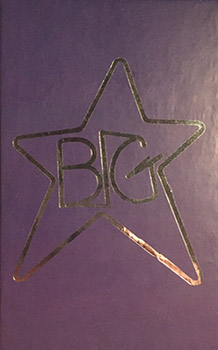 Cassettes were the music medium of choice in the late ’70s and ’80s, up until the CD took over in the ’90s. NAC’s competitors moved over to the new tech, but the family-owned NAC wasn’t even worth one of the glass-mastering machines needed to write the discs. Without the means to invest, it was either close shop or stick to what they knew.

“I would like to think I’m a visionary, but that’s not true,” Stepp laughs. “A lot of people say ‘What’s the secret of your success?’ Number one, we were too stubborn to give up, and number two, we were too stupid to know that the cassette was done and dead.”

NAC kept working with non-musical sectors. It got involved with products for the hearing impaired and, as technology cheapened, got its own CD and DVD writers, too. But around 2006, a funny thing happened.

Indie bands started calling, asking about musical cassette tapes. The classic format was cheap, fast, and easily replicable. When the ’00s rolled around, major duplicators had all sold their cassette machines, which left National Audio as the underground industry go-to. It started with orders of 50 tapes, then 100, 500, and into thousands!

One day, Stepp got a call from a band called Pearl Jam. The iconic grunge rockers wanted to release a box set in honor of their 20th anniversary. There would be a physical portion of vinyl, cassette, and CD releases. NAC was the obvious choice. By the time the initial order of 15,000 tapes was delivered, pre-orders had sold out. The next week, The Smashing Pumpkins called to order the same thing.

“We never turn loose of old technology,” Stepp says with a laugh, “because as this demonstrates, you never when it could make a comeback. As long the thing works, stay with it, and sometimes, it’ll surprise you.”

Just like with its forebear — the vinyl record — cassettes have seen steady market growth ever since. Stepp reports increased rates of about 20% a year. The months before Cassette Store Day, established in 2013, are always the busiest. The major labels are key players in that growth, but Stepp says he’ll always be thankful to those indies who helped steer the cultural ship.

Business for NAC is once again booming, but demand for magnetic tape is still not what it used to be. Many high-grade Feric tape manufacturers have closed their doors, due in part to credit cards moving away from magnetic strips to chip readers and contactless pay. Whenever a manufacturer announced it was going out of business, NAC would buy the rest of its inventory. When the last overseas company broke its sad news, Stepp and his family were once again faced with a tough decision. 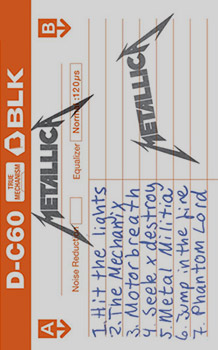 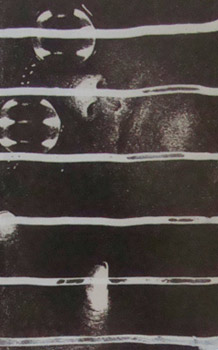 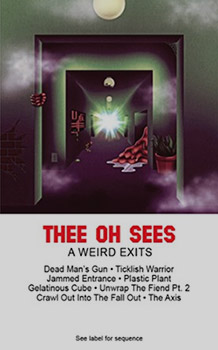 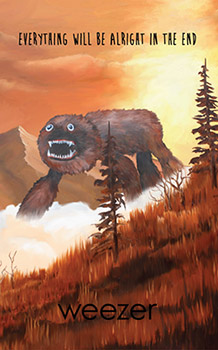 WeezerEverything Will Be Alright In The End

“Dad had passed away by that time,” Stepp says. “So this time, it was me and my son with my wife and daughter concurring. We had two choices: We’re either going out of business, or we’re going to make tape. So, that’s what we decided to do.”

In November 2016, NAC found a 1968 manufacturing line, disassembled it, and shipped the 52-ton package across the continent. About $2 million and two years later, the machine is re-assembled and ready to manufacturer the highest-grade Super Feric tape on the planet. Stepp and his family will fire it up and begin manufacturing Friday, Oct. 12. It just so happens to be the day before Cassette Store Day, which Stepp takes as a good sign.

It’s been 40 years since the United States had its own tape manufacturer, but NAC isn’t stingy. It notified its competitors worldwide about the new business, so all cassette tape markets can benefit from the Stepp family’s commitment to the classic format.

“We want to make sure that this cassette resurgence is a worldwide thing,” Stepp says. “We plan to be with the business as long as there is a demand, and I think the cassette has already demonstrated its longevity. It’s tough. It’s going to be around awhile.”