Discogs has been proudly supporting Night Owl Record Show, which takes place every April and October in Portland, OR, for a few years now. We’re excited to be attending their 15 year anniversary show on October 13th, 2018!

Held at the Eagles Lodge on Hawthorne, complete with cheap drinks (for those 21+) and not-too-shabby bar food, a lounge, a pool table, and of course dozens of vendors selling wax along with live DJs in the main room, Night Owl Record Show is not your dad’s traditional stuffy hotel ballroom record fair.

I have been personally attending Night Owl Record Show since its inception. I’ve only missed a couple, and I’ll only miss it for extremely urgent reasons. One year I had a DJ gig that paid way too much to pass up, which turned out to be the wrap party for Coraline. Shout out to Chilly Tee. Last October, my daughter was born just a few days prior. So yeah, if I can help it, you’ll always find me at Night Owl Record Show. I’ve traveled all over the US and Canada to a fair amount of record shows, and maybe it’s because this is my local community, but either way, Night Owl Record Show remains my (non-Crate Diggers) favorite. I can’t believe it’s been 15 years, here’s to many, many more!

In celebration of their impressive run, we spoke with Night Owl Record Show organizer Dan Berkman.

Can you give us a brief introduction to yourself?

I am the owner of Jump Jump Music, a very low profile record store in NE Portland that does mostly mail order, but also in shop sales and at record shows. I opened the shop in 1990 after more than 20 years collecting records. For years I specialized in Soul, Jazz, Blues, Gospel, break beats and International. Today the Internet makes selling all genres easy, so I have moved into Rock, Country and other genres. 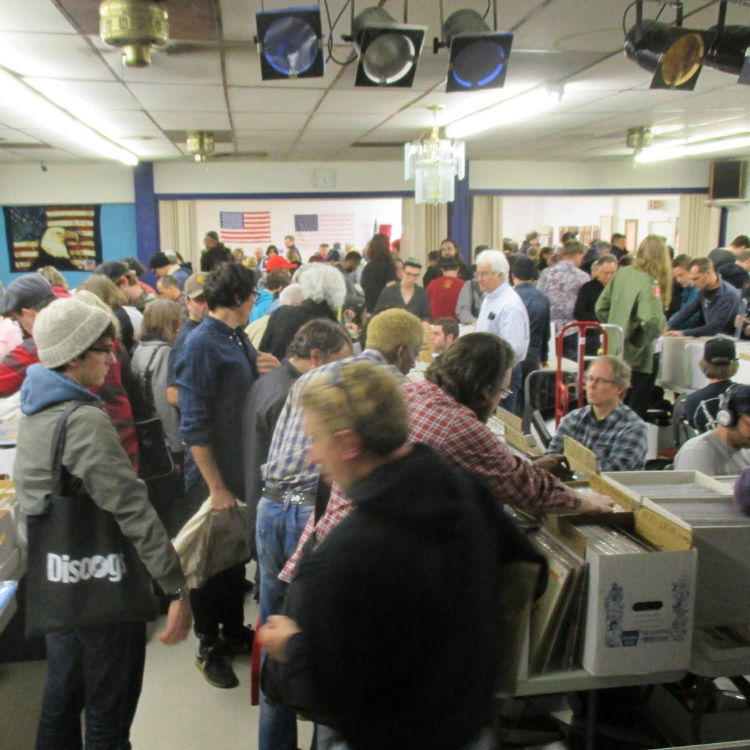 How did the idea for Night Owl Record Show come about?

Four beat-digging friends were sitting around talking about how what a drag record shows were. They started early on Sunday mornings when we wanted to be sleeping. They were geared toward oldies and Classic Rock. They were lifeless hotel meeting rooms with no food, drink, or entertainment. So we decided to do a show that would be the exact opposite, Saturday evening, geared to Hip-Hop and break beats and DJ culture, in a welcoming space with food, drink, pool, and DJs. The hipster crowd quickly joined in adding Punk, Goth, Psych, Prog, and what ever else was happening at the moment.

What can people expect to find at Night Owl Record Fair?

Today, most every genre of music on records. Mostly LPs, but 45s too. Lots of rarities, but a majority of the records are affordable and desirable. Not much in the way of CDs or other formats.

Aside from being a “night time” show, is there anything else that differentiates Night Owl and makes it unique from other record fairs?

When we started, being on a Saturday evening was unheard of. Having drinks and food was also unheard of. Today lots of shows have picked on the idea, in the Northwest and around the world. I think what continues to make us unique is the atmosphere of fun. 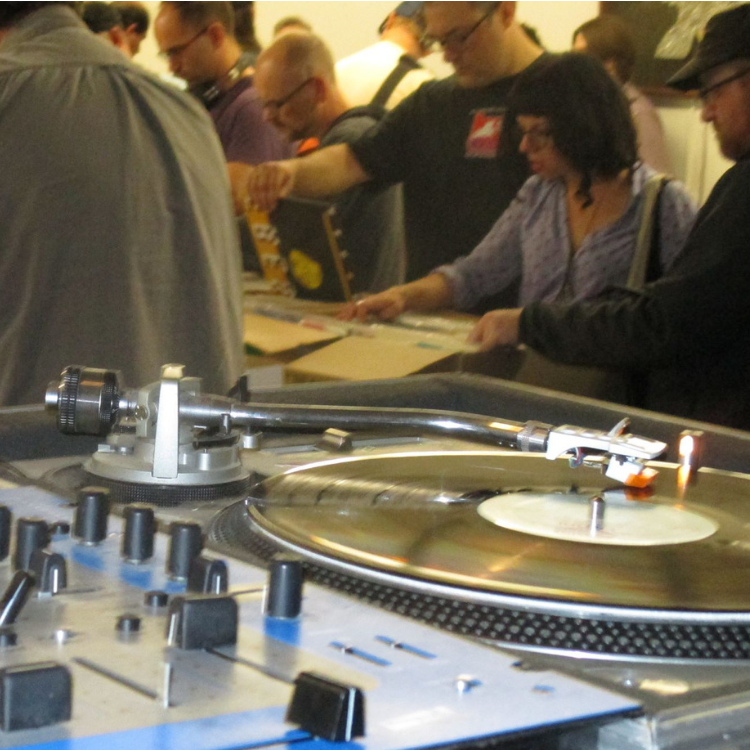 What do you enjoy most about running Night Owl?

Seeing crate digging culture grow. When people can have fun buying and selling records more and more people want to join in. The old shows were exclusive, geared toward serious collectors. Night Owl is an event where anyone can come and have fun.

Any particularly memorable moments from the past 15 years?

One show, Delores Erickson, the model on Herb Alpert’s Whipped Cream and Other Delights, showed up and asked if she could sell signed photos. Of course we said, “yes.”

There have been two records I long regret selling. I found both of them at Night Owl for reasonable prices. Lilly Tchiumba – Angola: Songs Of My People and South Wales Striking Miners Choir / Test Dept. – Shoulder To Shoulder.

Fifteen years is a heck of a long time for any type of recurring event. What do you attribute to the longevity of the Night Owl?

Night Owl Record Show has wide support in the community. Support from The Eagles (where the event is held), from the sellers, buyers and DJs. I have put on other events, and all the effort falls on the promoters. With Night Owl, everyone is a part of making it a success, so it has been easy. 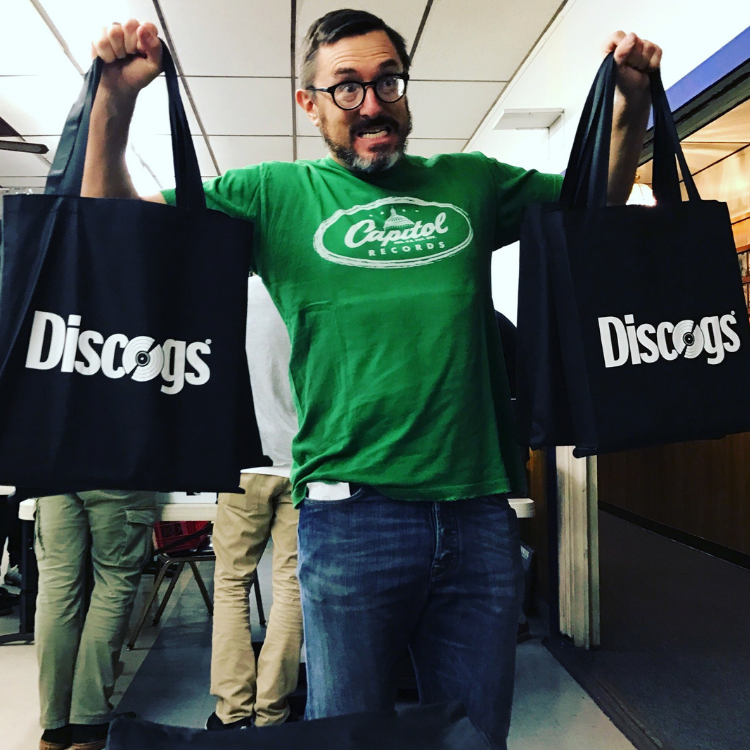 Part of the every show’s proceeds go to Portland Jazz radio station KMHD (89.9 FM). Can you speak a bit about that?

KMHD has been an important part of Portland’s music scene for decades. Portland’s only station dedicated to Jazz. They used to be the radio station for Mount Hood Community College (which has a great Jazz program). Today they are still associated with MHCC, but also with Oregon Public Broadcasting. They have been a great partner, they come out to the shows and their DJs spin records during Night Owl to keep the party going.

Any pro-tips for buyers and sellers?

Buy only what you like. We will never regret a purchase. And for sellers; condition matters.

I have failed to talk about how great our sellers are. The best sellers from the NW bring their records to Night Owl. People who never set up elsewhere, like John Fletcher of Phone Booth Records, come out to Night Owl to sell. I can’t do it alone. My partners are Brian Gilbert, Tsega Dinka, Ian Donaldson, and Karl K. Brian sells on Discogs as crates-upon-crates, I sell as JumpJumpMusic.