Northern soul is about two-minute songs with a fast, pounding Motown beat or plaintive soulful ballads about heartache and break-up. Northern soul is about dancing – side steps, spins, flips – and the power of the A or B side of a 7-inch single bought for a few or a few thousand dollars. What constitutes a Northern soul track is incredibly fluid. Initially, DJs looked for songs that sounded like lost Motown hits with a fast beat and amazing vocals like Frankie Karl and the Chevron’s “You Should O Held On.” Instrumentals worked equally well although by the 1980s modern soul tracks dovetailed into the changing tastes of DJs and their crowds.

According to the history books, the term “Northern soul” was invented by Dave Godin, who ran a record shop and label called Soul City in London’s Covent Garden. The genre referred to obscure soul singles, often by Black American artists, sought after by music enthusiasts from “Northern” cities in England, like Manchester, Liverpool, Wolverhampton, Stoke, and Blackpool.

Initially, Northern soul focussed on American singles recorded in the 1960s that hardly sold or were small regional movers. For every Atlantic, Stax, T-Neck, ABC, or Motown R&B and soul hit, there were dozens of records by artists like Jackey Beavers, John & The Weirdest, John Leach, the Montclair’s, or The Executive Four that surpassed these musical styles – especially Motown – but failed to sell. These singles were issued on hundreds of labels like De-Lite, Hem, Joker, Kellmac, Phelectron, Phil L.A. Of Soul, Shrine, Whip, and even the well-known King.

The market for these records became so lucrative that dealers came to the United States to sniff out singles in shops and warehouses. The rise to the legendary status of Gloria Jones’ “Tainted Love” began when Richard Searling literally tripped over a copy in a Cleveland Warehouse on a buying trip. In Northern circles, Jones is more famous for this 1965 B-side than her later relationship and musical collaborations with Marc Bolan of T. Rex.

As the ’60s drew to a close, a small number of DJs began spinning these “Northern” records to a small devoted audience at venues like the Twisted Wheel in Manchester and Va Va’s in Bolton. During the ’70s, Northern soul flourished as clubs like the Blackpool Mecca, The Torch in Tunstall, the Catacombs in Wolverhampton, the Winter Gardens in Cleethorpes, and the legendary Wigan Casino came online. These clubs and their DJs attracted a devoted following whose week revolved around pulling an all-nighter. At its peak, Wigan Casino membership topped 100,000, although its capacity was 1,200.

Musically, Northern Soul was not about well-known or charting artists. While some well-known ’60s and ’70s songs by the likes of the Miracles or even George Benson would slip onto turntables, the key thing for DJs like Ian Levine, Ian ‘Clarkie’ Clark, Colin Curtis, Dave Godin, Neil Rushton, Richard Searling, and John Manship was having records no-one else had to keep the dance floor moving deep into the night. Like reggae sound systems in Jamaica, protecting exclusives was key to establishing and maintaining a reputation. DJs would cover up hot records and announce them as someone else so listeners could not track down copies. Richard Searling’s famed acetate of Anne Bridgeforth’s “What Should I Do?” was covered up as “When He’s Not Around” by Rose Valentine. The Deadbeats’ “No Second Chance” was attributed to The Phantom Janitor, The Group featuring Cecil Washington’s “I Don’t Like To Lose” was attributed to Joe Matthews, and the C.O.D.s’ “She’s Fire” was announced as Micky Valvano.  Some established artists did have records that worked the Northern soul dance floors, such as Gladys Knight and the Pips’ “No One Could Love You More.” An acetate of Marvin Gaye’s “This Love Starved Heart of Mine” played at Wigan in the early ’80s and caused a sensation. It was not until 1995 that this track received an official release.

Northern soul was all about particular records that might have a killer A or B-side. Timi Yuro’s entire output was immaterial compared to “As Long As There Is You,” and Ray Pollard, Don Charles, and even Kenny Lynch’s version of the beloved ballad “The Drifter” gained traction. Blue-eyed soul gems like Judy Hughes’ “Fine Fine Fine,” Lynne Randell’s “Stranger in my Arms,” and even Paul Anka’s “I Can’t Help Loving You” also made the cut.

At the deep end were unreleased obscurities like demo copies of the Honey Bees’ “Let’s Get Back Together Again.” Berry Gordy’s decision to install Frank Wilson as a writer/producer at Motown saw the scrapping of the release of his 1965 single “Do I Love You (Indeed I Do), which is now the most expensive 7-inch in the world.

When records were discovered by other DJs or lost their favor on the dance floor, they would be dropped from a set. Competition between DJs saw them rely upon dealers like John Anderson of the Soul Bowl in Kings Lynn, Norfolk, who had an ability to dig up buried treasure shipped over from the United States. This drove the developing record collecting market.

The initial heyday of the Northern scene was between 1970 and the early ’80s. The Wigan Casino closed in 1981, and although the scene spluttered in the face of clubs playing modern soul, disco, and boogie, the lights did not go out. As the ’80s progressed, compilation albums appeared and a new generation of Northern DJs took to the decks. The power of old classics, new discoveries, and even new styles ensured that Northern soul kept keeping on right up to today.

Unfortunately, not all of these songs are on Spotify, but we created a playlist from what was available. 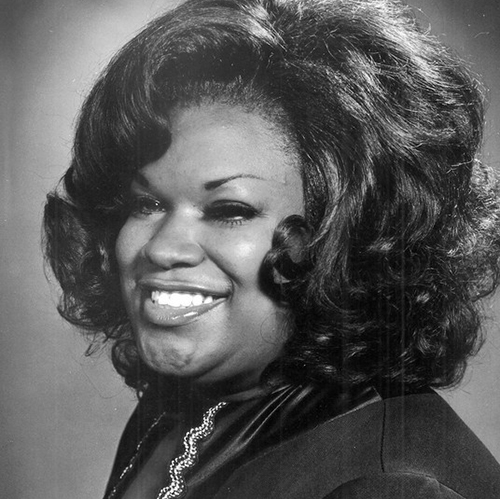 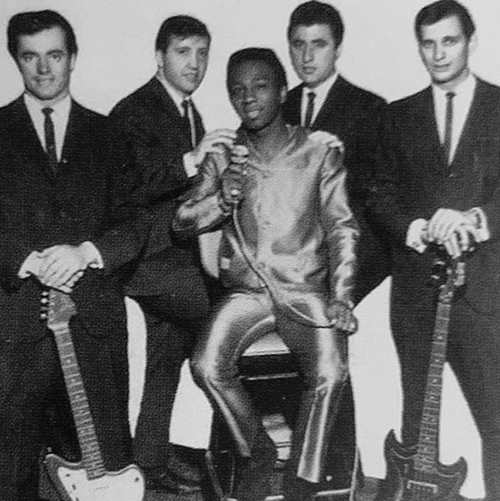 The Epitome of Sound 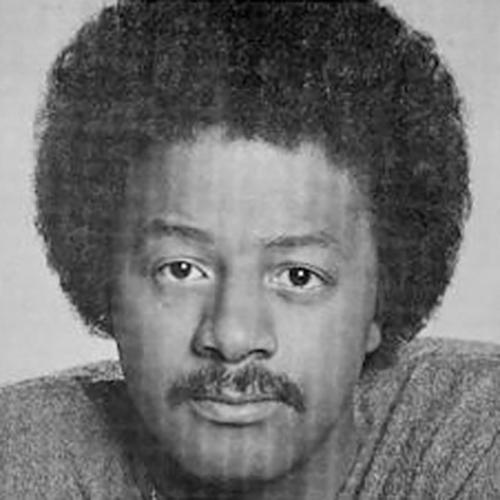 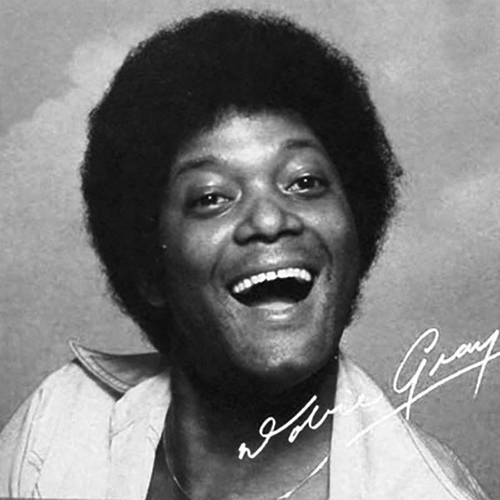 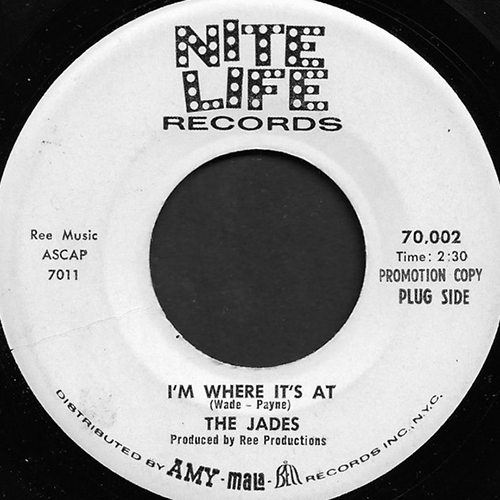 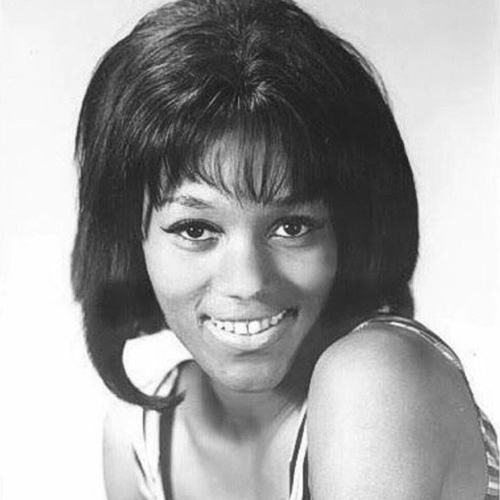 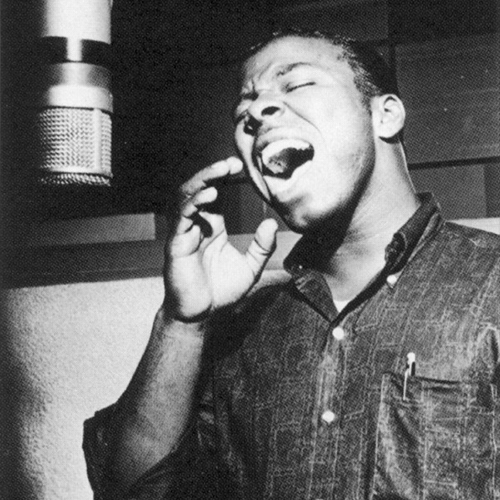 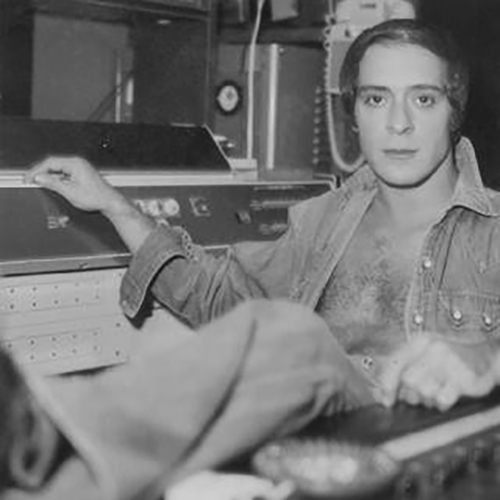 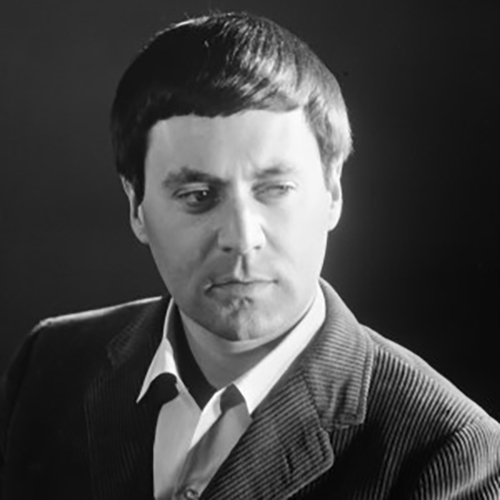 Although Northern Soul is a genre defined by the 7-inch, here are 10 compilations of stompers and floaters to get the party started. 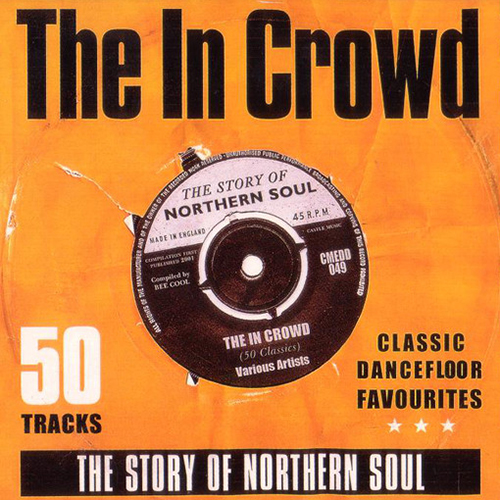 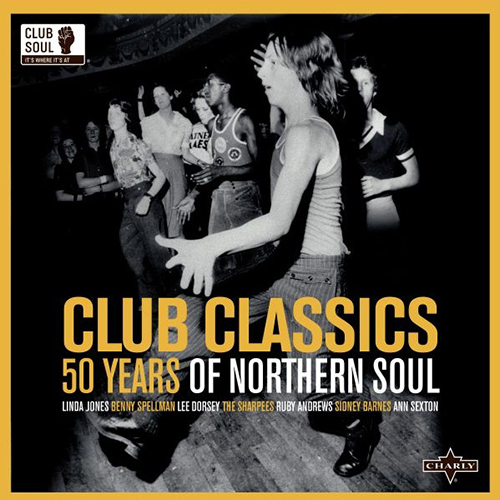 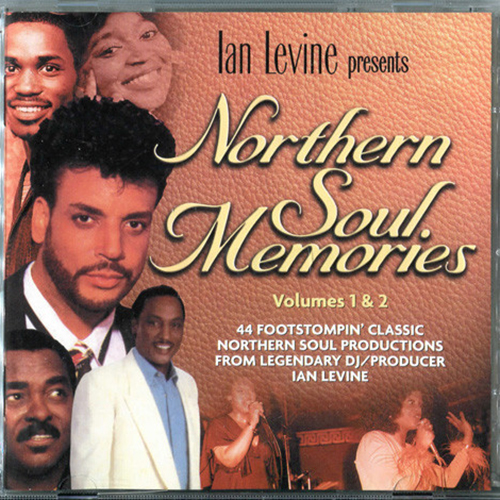 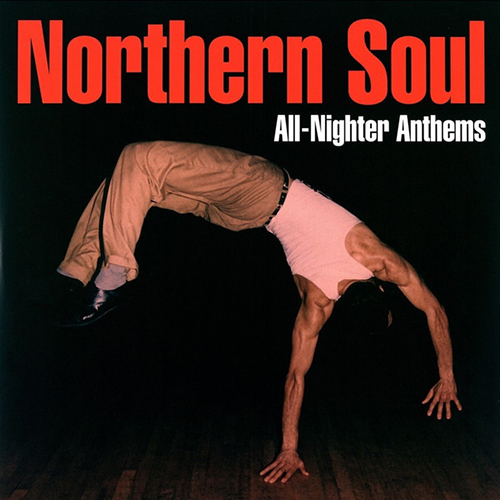 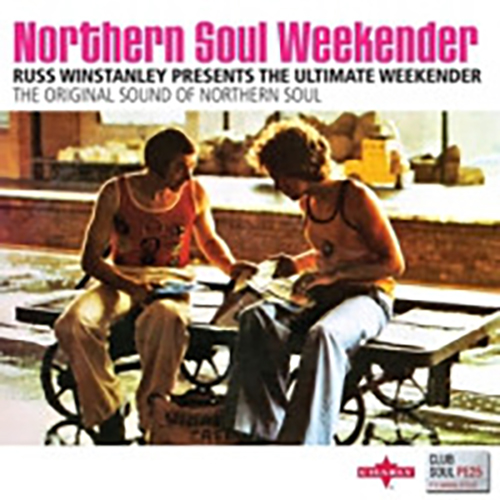 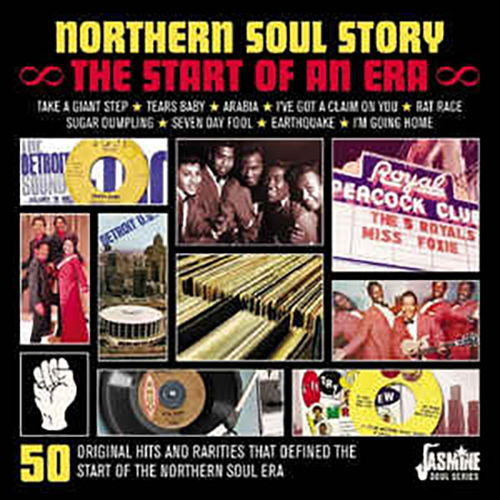 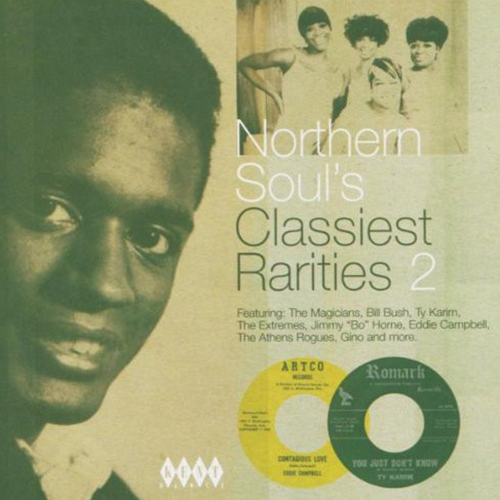 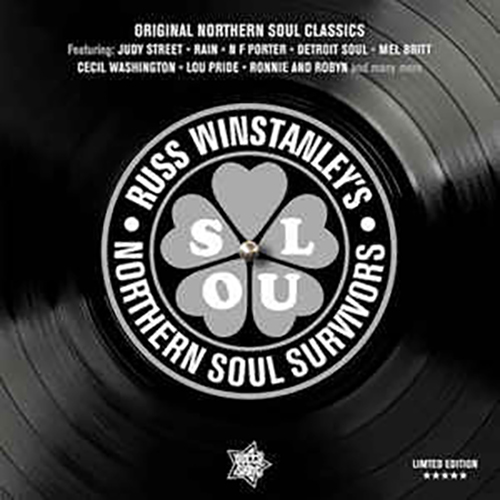 What Has Northern Soul Influenced?

The ripples created by Northern Soul are extensive.

As the 70s progressed, promoters were not content to have DJs play records by American artists but began to bring them – established and obscure – to the UK for live dates.  This helped resurrect or sustain the careers of artists as diverse as Major Lance, Jimmy Thomas, Ray Pollard, Jimmy Ruffin, Jackie Wilson, J.J. Barnes and Barbara Lynn.

Unlike Disco, Northern Soul was not about breaking records into the mainstream. Richard Searling only dropped the needle on Johnny Williams You’re Something Kinda Of Mellow in 1974 when he knew it had been deleted. Saying that, Ian Levine turned the scene on it’s head around the same time playing new release – It Really Hurts Me Girl – by the Carstairs during one of his Blackpool Mecca sets. This started a move away from songs that favoured pounding Motown grooves to modern soul releases that chimed in with the emergence of disco.  This did not mean that Northern Soul went four to the floor but tracks like the Pointer Sisters Send Him Back, Sister Sledge’s Love Don’t You Go Through No Changes On Me and Daybreak’s I Need Love entered the Northern books.  Like disco, Northern Soul pioneered the power of the DJ and the all-nighter, which is now a standard pre-set of modern club culture.

Northern Soul was not all about being in a secret society with ‘Keep The Faith’ patches stitched your clothes or spreading talcum powder onto the floor to improve acrobatic dancing that predated breakdancing. Richard Searling founded the Grapevine label with John Anderson to license and reissue a number of impossible to find Northern Soul gems by artists like Judy Street, Tony Middleton, The Tomangoes as well as modern soul records. Searling put punk band Warsaw into the studio to record a cover version of N. F. Porter’s Keep On Keeping On.  The band could not master the song but part of the music became a new track called Interzone released on their debut LP under new name: Joy Division.

Ian Levine began a hit producing career in 1974 aptly with members of 60s group The Exciters and Reaching For The Best scored on the Northern scene and in the charts. Levine went on to become the first resident DJ at the famous London gay club Heaven, co-wrote and produced Evelyn Thomas’s High Energy and a slew of other Hi-NRG hits.  Pete Waterman who founded the Stock, Aitken and Waterman production team, cut his teeth as a Northern soul fan and DJ and served up international PWL hits for artists like Princess, Dead Or Alive, Rick Astley, Kylie Minogue and Jason Donovan.

Northern fans Marc Almond and Dave Ball of Soft Cell scored a number 1 hit with their cover version of Gloria Jones Tainted Love in 1981. Kevin Rowland started in punk band the Killjoys but Northern Soul informed Dexys Midnight Runners who looked like they posed for some of their early promo photos after pulling a Northern Soul all-nighter. Yazz’s massive hit The Only Way Is Up was a cover version of Otis Clay’s Northern beauty originally issued in 1980.

Northern Soul fuelled the record collecting market. Initially, when records were ‘discovered’ or fell out of favour DJs and collectors would sell them on. As the 80s progressed new DJs like Adrian Croasdell and Keb Darge emerged. Even David Holmes early career saw him playing Northern Soul in Mod clubs. Crucially, venues like the Ritz in Manchester picked up the torch. Records like the Seven Souls I Still Love You and Tommy Ridgley’s My Love Gets Stronger than did not move the floor in the 70s now gained traction. This Northern revival – embraced by many original DJs – saw prices of rare obscurities and classic Northern songs skyrocketing in price. Specialist labels like Ace, Demon and Goldmine Soul Supply began to issue and sell Northern Soul LP and CD compilations.  Labels like Inferno, Kent, Jazzman, Outta Sight, Discs Of Fun and Love, and Deptford Northern Soul Club have also licensed and pressed up 7” reissues that usually pair up Northern monsters like I Don’t Like To Lose/She’s My Beauty Queen.

Finally, when tracks like Laura Green’s Moonlight Music And You and Bobby Angelle’s It’s Just Gotta Be That Way are used to sell Kentucky Fried Chicken and Shredded Wheat you know that a genre that started life in the North of England has gone international as a new generation keep the faith alongside those who pioneered the genre.

Northern soul has given us some of the most scarce records on Discogs. Here are 10.

Inspirations ‎– No One Else Can Take Your Place (1967)

Arthur Willis & Soulful Dynamic’s ‎– The Hurting Is Over (N/A)