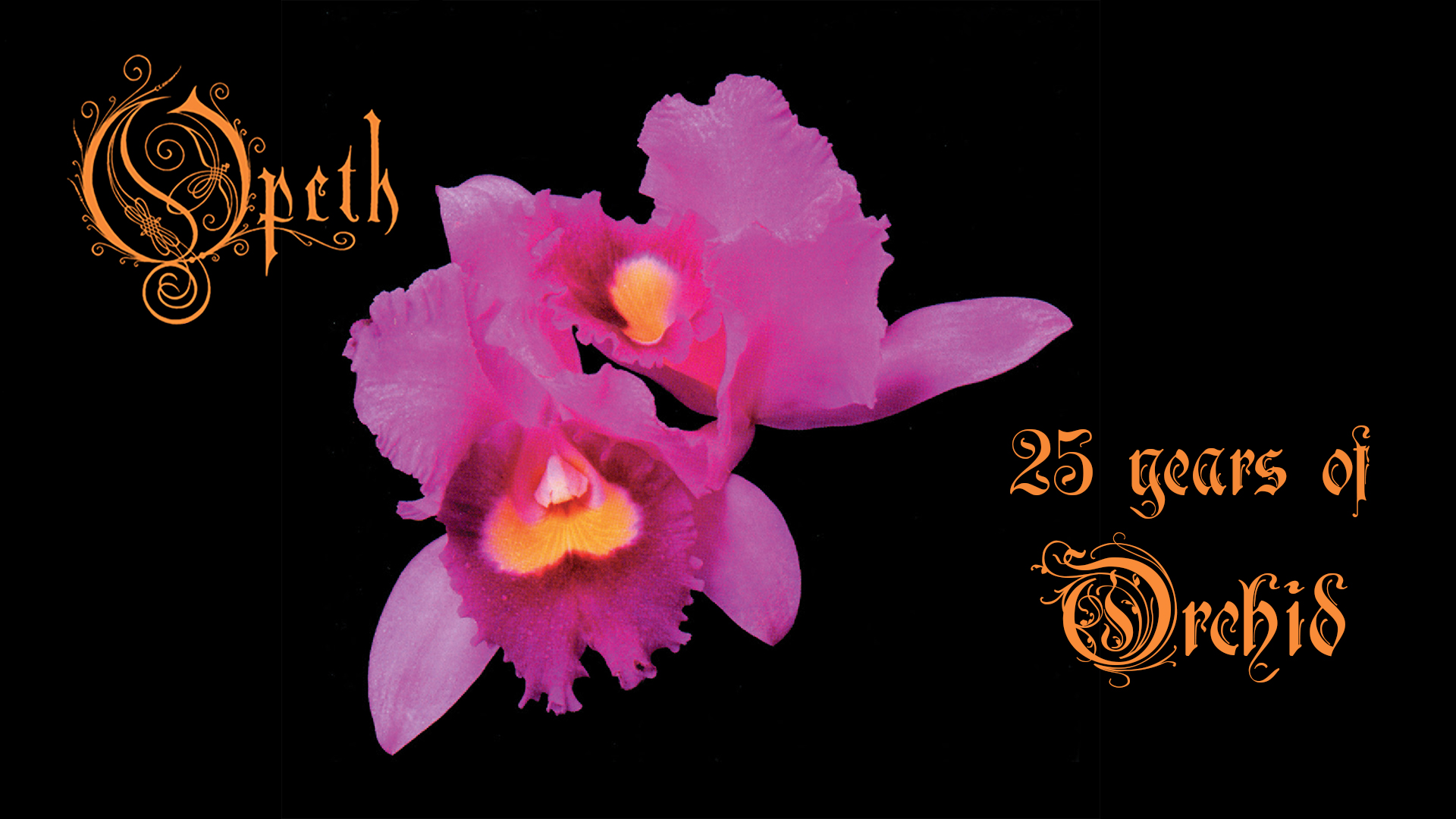 One of the most remarkable careers in heavy metal and, later, progressive rock, was launched 25 years ago with Opeth’s watershed debut album, Orchid, but of course, none of that was apparent, at the very start.

In fact, Opeth’s chief architect, vocalist, guitarist and songwriter, Mikael Åkerfeldt, wasn’t even present when his future group was founded by original vocalist David Isberg; yet Åkerfeldt would endure the ensuing years of fits and starts, as band members came and went, until he even outlasted Isberg himself, and recruited second guitarist Peter Lindgren, bassist Johan De Farfalla, and drummer Anders Nordin.

By 1994, Edge of Sanity mastermind Dan Swanö had taken an interest in producing Opeth’s first recordings, and the partnership made perfect sense since EoS’s groundbreaking experiments in progressive death metal had clearly impacted Åkerfeldt’s vision for Orchid, which was almost mind-bogglingly ambitious for a brand-new group.

Unveiled in May 1995, Orchid’s songs may have been fueled by death metal’s (and sometimes even black metal’s) misanthropic fury, yet Åkerfeldt’s passion for ‘70s progressive rock was already accounted for in the pretentious titles (e.g. “In Mist She Was Standing,” “The Twilight Is My Robe”) and the sheer length of these seven songs, five of which either ran or exceeded ten minutes in length, thanks to literal stockpiles of crushing riffs, haunting melodies, numerous interconnected and contrasting passages, as well as both growled and clean vocals.

“At that time the growl/clean thing being performed [well] by the same vocalist was very unusual, so I had my doubts … When I started the tape, Mike insisted on only having a candle lighting up the room [so] I only had the light from the equipment to guide me. Mike did the most amazing growl from low to high [and] then he just switched from growls to clean vocals, perfectly in tune on the first attempt, like you turn off a distortion pedal.”

But Orchid’s de facto “showpieces” — what set Opeth apart from their peers immediately — were the comparatively quiet, atmospheric passages nestled within these hulking metallic husks; Orchid’s two prime examples being “Under the Weeping Moon,” whose complex central interlude achieved a gothic, psychedelic, cinematic mystery and beauty, and “Forest of October,” whose melancholy midsection climaxed in a stellar, King Diamond-inspired solo from Lindgren, described as follows by Swanö to The Gallery:

“[Peter] told me that it was a really intricate part and he was nervous that he wouldn’t nail it. So he asked me to play it back to him, so he could practice. I did, but what he didn’t know was that I recorded [his first try]. He played it all the way through, exactly the way it is on the record and after the last note he was like ‘Fuck … I am never gonna play it that good again! Such a shame that we didn’t record it!’ Then I could proudly say ‘Well, I did!!’ Mike and Peter were so happy and the vibe at the studio at that moment, was just so amazing!”

Actually, the latter reminds us that, for all its pioneering audacity, Orchid was anything but perfect, and its formative flaws would duly be revealed as Opeth continually honed their songwriting, arranging, and performing skills on 1996’s Morningrise and ‘98’s My Arms, Your Hearse, before seemingly mastering their own, unprecedented template on the twin triumphs of ‘99’s Still Life and ‘00’s Blackwater Park.

Looking back years later, Åkerfeldt told RockProg.com that Orchid was a “Great debut, I think. We were prepared and had been rehearsing the songs for years. It’s a bit naive and sometimes I can’t believe what I’ve written, but it’s good all the same.”

In 2019, Åkerfeldt also clarified the origin of the album’s striking cover image in an interview with Invisible Oranges, saying “I ordered [that orchid] from Holland and … we had a photographer take pictures. He also took band pictures, but [the package] was still more or less put together by us.”

Swano, too admitted to The Gallery that “After [Orchid] was mixed, I preached about Opeth to everyone and even stole much of their vibe to enhance [Edge of Sanity’s] Crimson album, where I, of course, made sure to have Mike on vocals and guitars too.”

In other words, Opeth started influencing their peers from day one, and there would be an almost unparalleled if unhurried rise out of the deepest extreme metal underground to international renown among the most inventive and awe-inspiring progressive death metal bands of all time – at least until Åkerfeldt decided to abandon those Cookie Monster vocals and harsher metallic ingredients to evolve into a full-blown prog-rock rock band, starting with 2011’s Heritage.