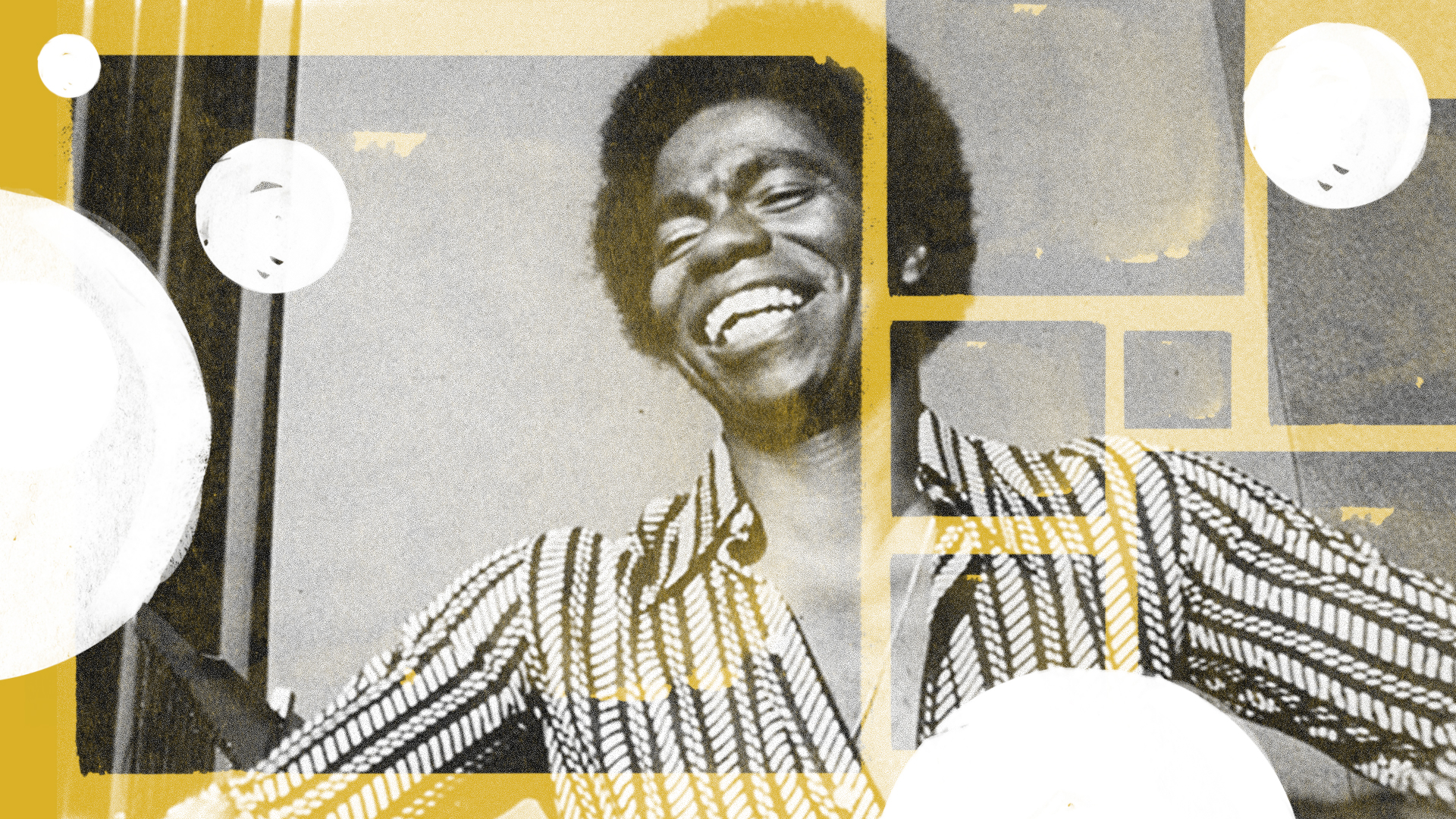 There’s only one degree of separation between Randy Newman’s Trouble in Paradise and Nazareth’s Malice in Wonderland. In fact, that degree separates over one thousand other albums. That degree is Paulinho da Costa. The Brazilian percussionist may not be a household name, but his credits list is one-of-a-kind; at the time of this writing, da Costa has lent his slap, thump, and thwack to an astonishing 1,772 recordings.

“I didn’t even have time to sleep!” da Costa said when asked about his boom period during the height of the disco era in Josh Kun’s 2017 book The Tide Was Always High: The Music of Latin America in Los Angeles. “Donna Summer, Tavares, Michael Jackson, Madonna, Rod Stewart, Quincy Jones… they were all putting all the Latin stuff into the music, so it gave me a great opportunity to be part of these records.”

Despite his machine-like output over the years, da Costa was treated as an artistic collaborator, not as an anonymous cog. “I always felt like I was invited to be part of a project,” he clarified. “I never felt like a musician sitting in a corner because they treated me with so much respect.”

Da Costa was born in Rio de Janeiro in 1948. By the time he was five years old, he had already joined Mirim, a band of kids from the local Escola de Samba (Samba Schools of Brazil).

“I used to dance. I combined the rhythms of the [Brazilian hand drum] pandeiro with dancing styles of frevo and samba,” da Costa remembered in The Tide Was Always High. “Some of the big promoters who came to see us were impressed by what I was doing and invited me to play at events. Things started to progress from there.”

When the Escola de Samba performed at a festival in Moscow, the Soviet Ballet quickly offered him a dance scholarship to study in Russia. “I couldn’t accept the invitation,” he said. “I was 16 at the time and wanted to see the world and to learn more rhythms.” In 1972, Sérgio Mendes, a Brazilian-born giant of jazz-and-funk-inflected bossa nova, asked da Costa to join his group, Brasil ‘77.

“I arrived in Los Angeles on January 4, 1973,” da Costa said. “My wife had just had our first baby, so I thought it was a good opportunity to come to the U.S. I had always admired the jazz and the Latin music scene [there] so I was excited for this experience.”

When da Costa arrived in Los Angeles, he was shocked at how Brazilian sounds had been woven into American pop. “I never expected it to be so popular,” he admitted in the book. “The music industry was powerful in promoting it. They promoted all the greats, including Tom Jobim, João Gilberto, and Baden Powell.”

His first recording session was for “Love Machine,” a 1975 disco single by Motown greats the Miracles that peaked at No. 1 on the Hot 100 the following year.

“When you do a No. 1 song, it opens doors,” da Costa said, and soon, he linked up with Dizzy Gillespie, Gillespie’s producer Norman Granz, and producer extraordinaire Quincy Jones. The latter tapped him to perform on the soundtrack to 1978’s The Wiz, a musical adaptation of Frank L. Baum’s The Wizard of Oz.

“From then on,” da Costa marveled, “I played with [Quincy] on everything.”

Once da Costa linked up with Jones, he became rapidly in-demand, getting more work than he knew what to do with. “I don’t know why, out of all the artists, this was happening to me,” he said in the book with a tint of humility. “I got so many work offers that I had to turn down many of them.”

One gig he did well to not pass up: He added percussion to beloved  Michael Jackson albums like Off The Wall, Bad, and Dangerous, not to mention “Wanna Be Startin’ Somethin’” and “Human Nature” from the almighty Thriller, which was certified 33x platinum in 2017 and remains a top-selling album on the Discogs marketplace as of March 2020.

“There is a lot of Latin influence in it,” da Costa noted about “Don’t Stop ‘Til You Get Enough,” Jackson’s No. 1 hit from Off the Wall which he played on. “You hear the samba feel in it — also some Latin and pop. It is a mix of musical cultures and one of my favorites.”

Apart from Jackson, da Costa applied innovative techniques to his work with other 1970s hitmakers. “With Earth, Wind & Fire, I had a metal spoon, which I played in a unique way on [1977’s] ‘Brazilian Rhyme,’” he explained. “On ‘Serpentine Fire’ [also from that year’s All ‘N All] I used African cowbells against the groove. Even today, some members of [the band] tell me that I made that song come together.”

Da Costa also performed on Gloria Gaynor’s “I Will Survive,” Lionel Richie’s “All Night Long (All Night),” and uncredited on a remix of Fleetwood Mac’s “Seven Wonders.” Decades later, all of these songs still permeate our culture. So was he fairly compensated for his contributions? That depends, as da Costa freely admitted in the book.

“Many times I was not credited,” he explained. “If your name is not on a contract or on the liner notes specifically for that song, you won’t get any performance rights or royalties. I consider myself very organized and my wife, Arice, who manages me, has a lot to do with that … but it is still difficult to get credit for every piece of music that you’re on.”

That said, “What is the most rewarding is that percussionists tell me that the reason they play is because they listened to me,” he stated. “That is the best compliment that no money can buy.”

Key to understanding da Costa’s art are the five ebullient albums under his own name: 1977’s Agora, 1979’s Happy People, 1984’s Sunrise and Paulinho da Costa, and 1991’s Breakdown. Most of them were released on Pablo Records, a label founded by Granz that was named after Pablo Picasso and referenced his art in their logo.

Granz, who died in 2001 at 83, was a groundbreaking jazz impresario who deserves an article of his own, and he and da Costa were dear friends as well as trusted colleagues.

“He used to come over to my place and I would cook feijoada [an African and South American stew of beans, beef, and pork] and teach him how to dance,” da Costa said. “Norman knew all the Latin musicians, but he’d say to me, ‘Paulinho, you’ve got something special on your plate.’”

Clearly, he wasn’t alone in that opinion. Da Costa is the recipient of three consecutive Most Valuable Player Awards — as well as the honorary Musicians Emeritus Award — by the National Academy of Recording Arts and Sciences. As his website points out, his work even extends to TV shows like Will & Grace, Cold Case, and ER.

In the end, what unites all of da Costa’s wildly diverse work is his fundamental love of traditional grooves. “Because rhythm is a language that holds everything together, you became the thread that pulled everything together,” Kun told da Costa during the interview. “You can take [all] the music of the seventies and one thing they have in common is you.”