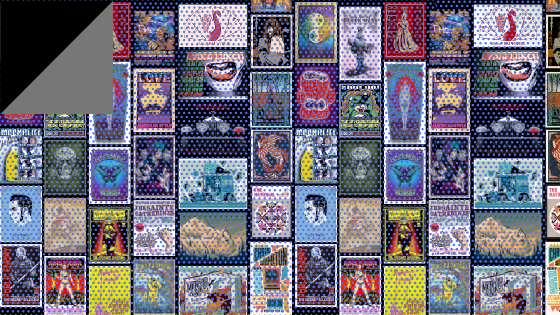 We love a good old fashioned data dig here at Discogs, and the poster data we’ve been collecting over the past couple of years is no exception. While Posterogs is still pretty new compared to Discogs, we were curious to see where there were parallels in terms of what our most submitted posters and artists are on Posterogs compared to the wider poster collecting community, as well as bands of interest on Discogs.

Looking at the Discogs Database, there are over 2000 comments on music releases that mention ‘posters’, and almost 1000 more mentioning ‘inserts’. Even before we introduced posters into the database, the connection was being made and the hunt was on for these pieces.

As Amanda Sheriff noticed when creating The Overstreet Guide To Collecting Concert Posters, the most popular and expensive gig posters are not necessarily related to the biggest musicians, and conversely, popular musicians are not always hard-hitters in the poster collecting community.

As Posterogs is a community-contributed site, bands with the most posters cataloged so far will largely be determined by the poster fans already busy contributing on the site. Unsurprisingly, their submissions seem to follow larger trends within the poster collecting world, in terms of which bands and artists are quickly gaining volume. 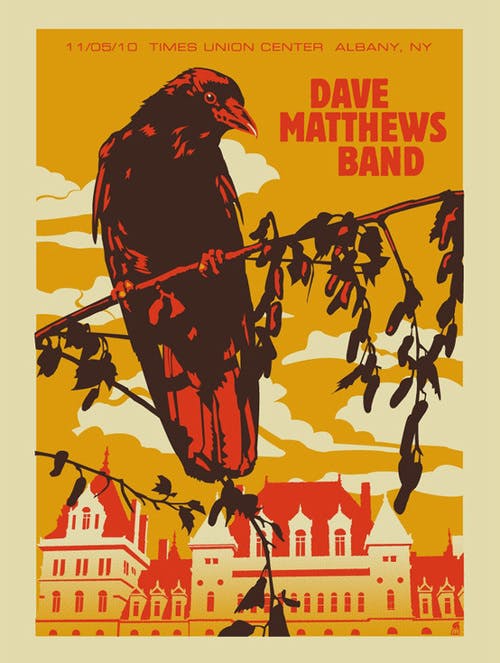 Bands/Musicians with the Most Posters on Posterogs

Bands like Dave Matthews Bands, Phish, Widespread Panic are renowned for their poster collaboration and artwork, making their posters some of the most coveted collectibles.

Most Popular Venues on Posterogs 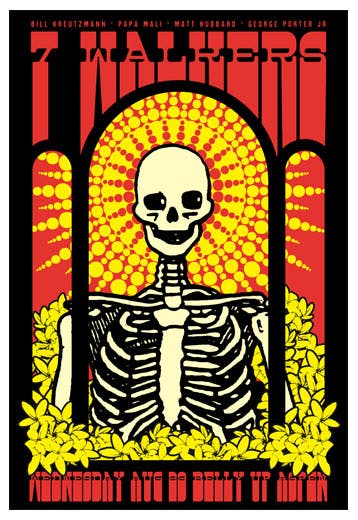 It’s no coincidence that one of the most prolific poster artists ever has been the resident artist at Belly Up in Aspen and Solana Beach. The Fillmore probably speaks for itself. And Leia Bell’s involvement with Kilby Court is a cool story worth checking out.
Venues are a vital fixture of gig posters and can tell us a lot about a certain music scene. Some music venues have become the epicenter of music movements and are as much a character as some of the brightest stars of a particular music scene. With that in mind, here are the most added Venues.

Of course, it’s impossible to talk about posters without giving a nod to the artists of these artifacts themselves. As Art Of Modern Rock editor, Paul Grushkin says on NPR’s ‘Hearing Voices’ segment, a lot of the modern poster artists are creating artwork on par with anything Rembrandt did. It’s just a newer spin on an old form. Our top 10 most contributed poster artists are among the most exceptionally talented artists working today, but they’re part of a much wider circle that we definitely encouraging digging further into. 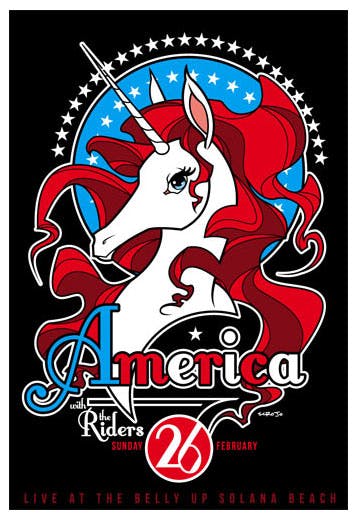 Albums are not quite as popular as a choice for credits (album promo posters are vastly outnumbered by gig posters on Posterogs), but albums with a few posters attributed to them are Daft Punk’s Discovery, Springsteen’s Born In The USA, and Midnight Oil are pretty popular with a few poster collectors.

Posterogs (and Discogs, by extension) is filling with beautiful artwork ranging eras, geography, and styles – from iconic to obscure. You can affect this data. Fill the gaps by adding your posters to the database and elbow your way up the leaderboard. 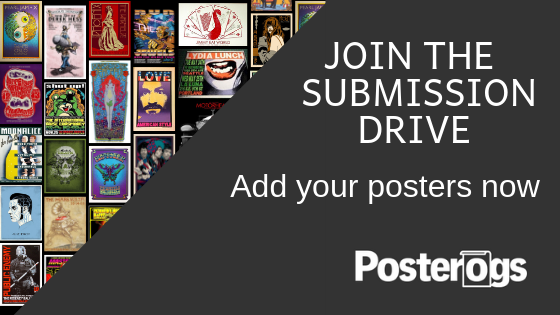