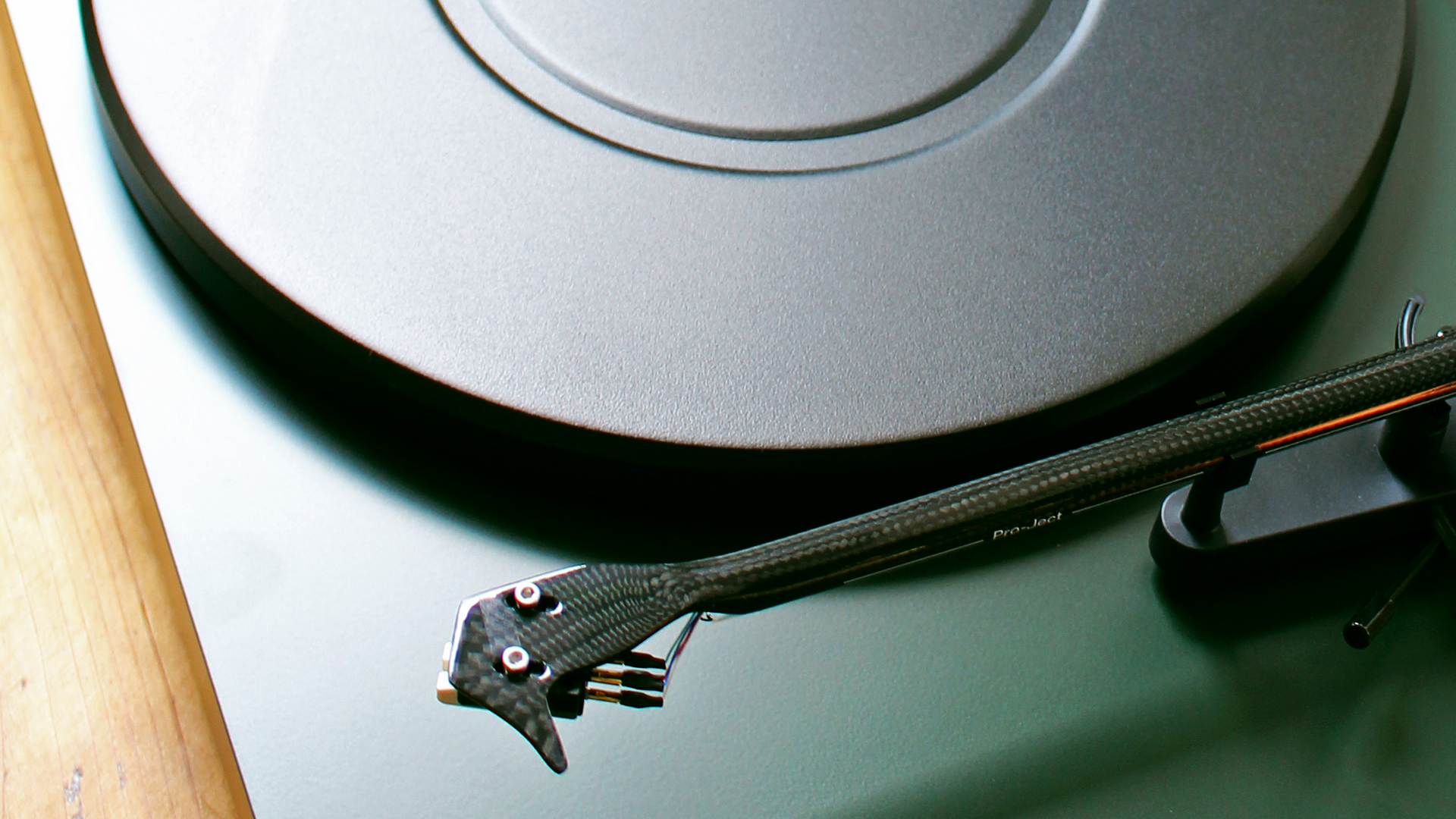 You know the expression, “If it ain’t broke, don’t fix it?” While that may apply to some situations, it doesn’t apply to innovation. When something works, innovators make it even better — which is exactly what Pro-Ject has done.

The Debut Carbon DC is the Austrian brand’s best-selling turntable. While it’s not the cheapest (that’s the Primary E) nor is it the most expensive or most-lauded (that would be the Signature 12), it is, hands down, the most popular. At $399, this turntable is a great entry point for folks who are taking their record-collecting seriously and looking to get out of the true beginner budget range. It’s also an easily upgradable unit, so you can keep the same turntable but switch out your cartridge, platter, and other tidbits.

But like any piece of gear, collectors and audiophiles will find something they want improved, which is why Pro-Ject decided to take the Debut Carbon DC and make it better. 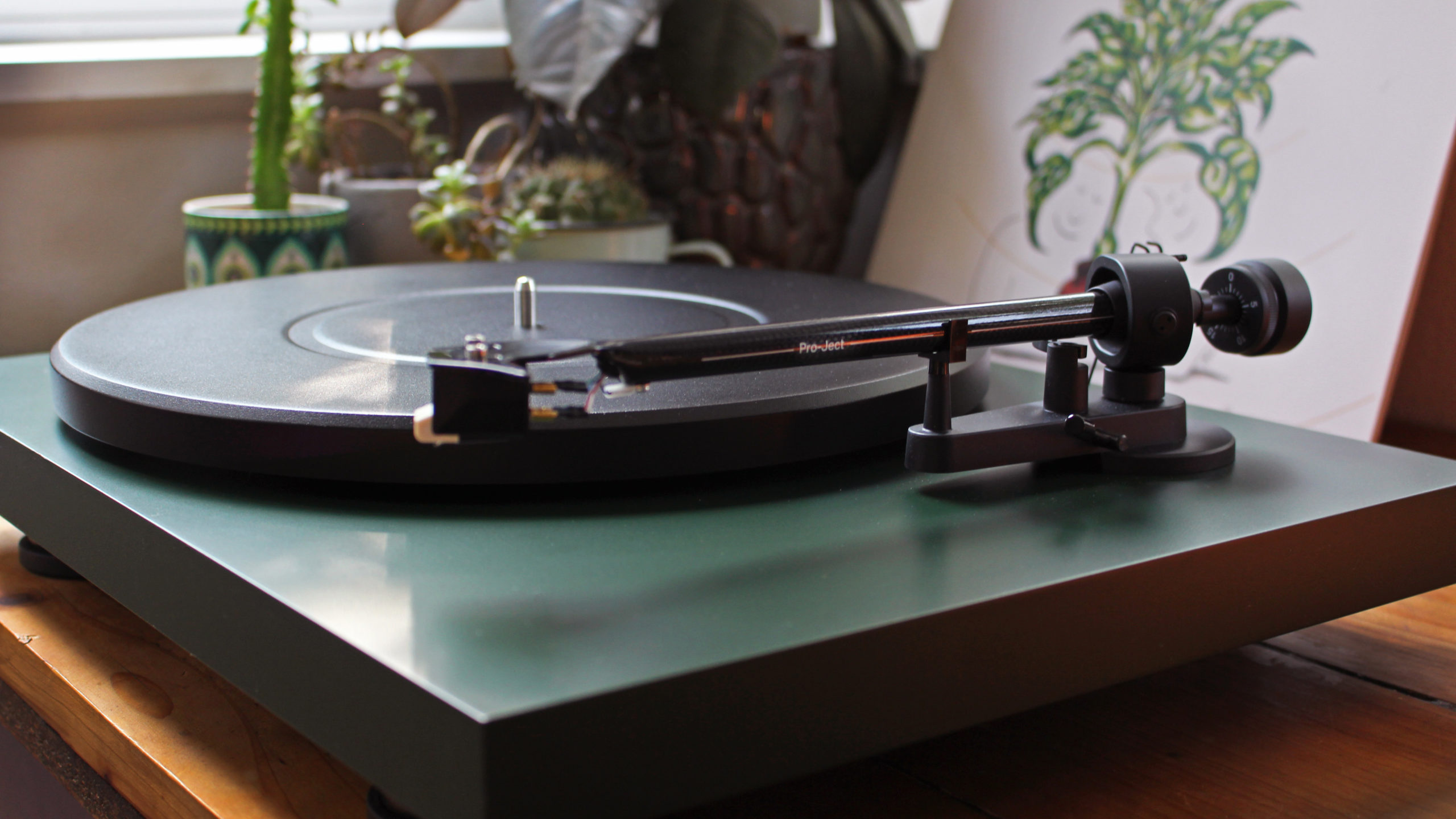 In August, the brand debuted the Pro-Ject Debut Carbon Evolution — or EVO — which, if you couldn’t guess by the name, is a sort of post-metamorphosis version of its best-selling unit. Upgraded features are as follows:

The price, as you can imagine, increases a bit with the new goodies. That being said, it’s a reasonable hike; the EVO is $499 compared to the Debut Carbon DC’s $399. Consider that the Sumiko Rainier costs $149 and you have yourselves a pretty sweet deal.

But before we drop the needle on the EVO, we want to take a closer look at how Pro-Ject arrived at this evolution in the first place.

Why do you make a good thing better?

When asked how long the design process for the EVO took, Pro-Ject CEO and founder Heinz Lichtenegger reminded us that this is just the latest iteration of a long-lasting project. “The design of the Debut series is an ongoing development process since 1998. The EVO is now the fifth generation. For the last 22 years, we constantly worked on the Debut trying to find improvements that could be implemented within the constraints of the target price,” Lichtenegger told Discogs in a statement. 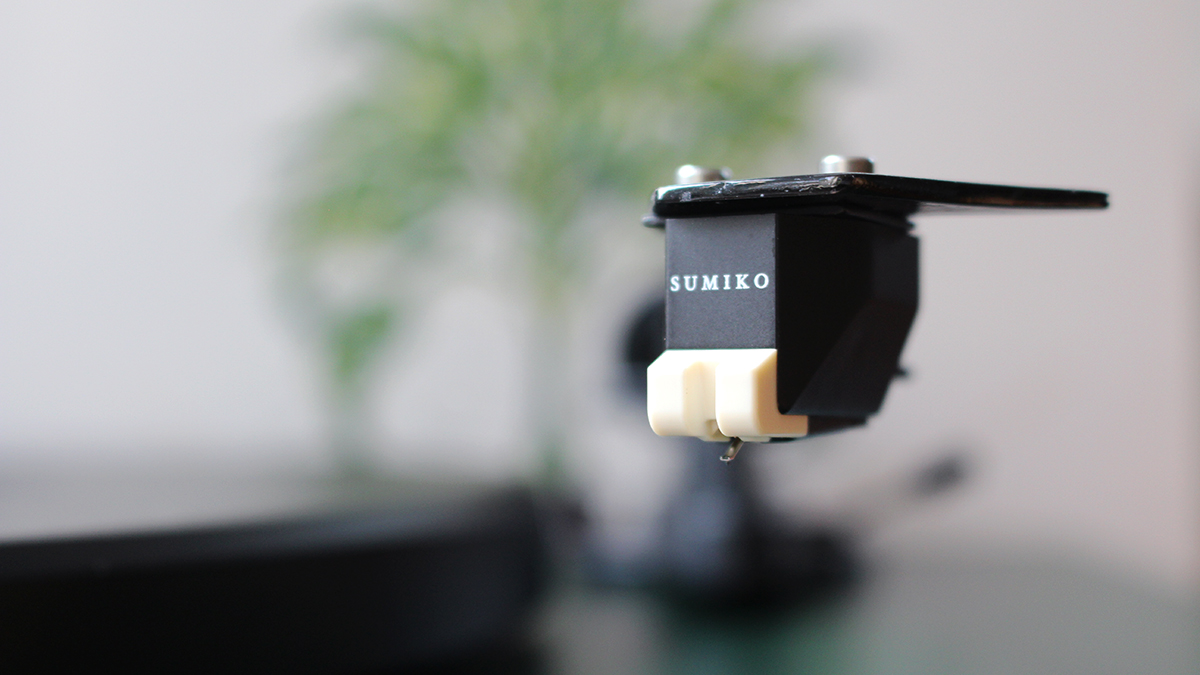 Striking that balance between quality and price point has always been essential for any version of the Debut Carbon. It’s not about making the biggest and baddest turntable, which the brand can explore in other series. Rather, it’s about making the biggest and baddest accessible turntable. “The big challenge is to manufacture it for such a low price. We’re aware of what can be improved – but those changes can only be executed with new engineering and new efficient production,” said Lichtenegger.

Which is the reason why it makes more sense to evolve the Debut Carbon rather than create an all-new turntable, particularly one that serves as a reliable beginner option for record collectors starting their audiophile journey.

“As mentioned before, the Debut Carbon, as is, is still unbeatable in terms of design quality, materials, and sonic performance. You won’t find a player with the technical perfection and build
quality of the Debut Carbon at this price point. So why start from scratch with a completely new model? Which brand-new design will greatly improve on the original? You can make a thicker-looking plinth by using cheaper particle board to create a new look – but why? The Debut is a classic and one of the most sold HiFi products ever made for a reason. So why change a successful concept? We‘ll keep making the Debut as long as we can,” declared Lichtenegger. 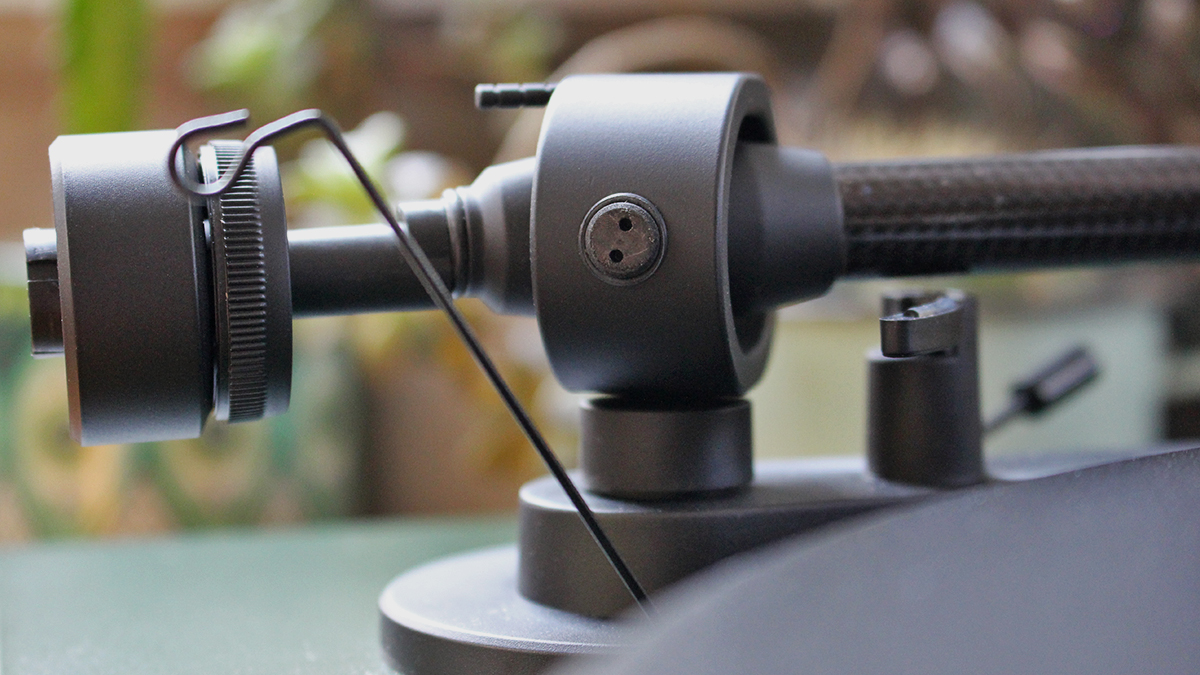 Tonearm on the Debut Carbon EVO

However, just as important as change is knowing what to keep the same. There are several elements on the EVO that you will recognize from the DC. “The Debut Carbon has outstanding parts that aren’t used by anyone in this price range up till now,” Lichtenegger explains more succinctly.

Those parts, according to Lichtenegger, are the:

Our gear recommendations for upgrading your Pro-Ject Debut Carbon EVO.

In the spirit of innovation, we’ve rounded up a few of the items that we would add to our EVO when we’re ready for an upgrade.

The Sumiko Rainier that comes standard in the EVO is a great improvement on the Ortofon Red. One of the most common recommendations from any gearhead was to instantly switch your Debut Carbon DC over to the Ortofon Blue. The Rainier is a great cart, but exploring the rest of the Sumiko lineup gives you more options.

The Rainier is part of Sumiko’s Oyster series of cartridges. It’s one of a next-generation trio that includes the Olympia ($199) and the Moonstone ($299), both of which are better than the Rainier. All three are moving magnet (MM) cartridges with elliptical styli (which are interchangeable among the carts), and all three were designed to address resonance issues with the original Oyster. (Higher up on the quality hierarchy is the Amethyst, but that would be an investment at $599.)

If you’re still learning about cartridges, we have a great glossary at the bottom of our guide to the best carts. 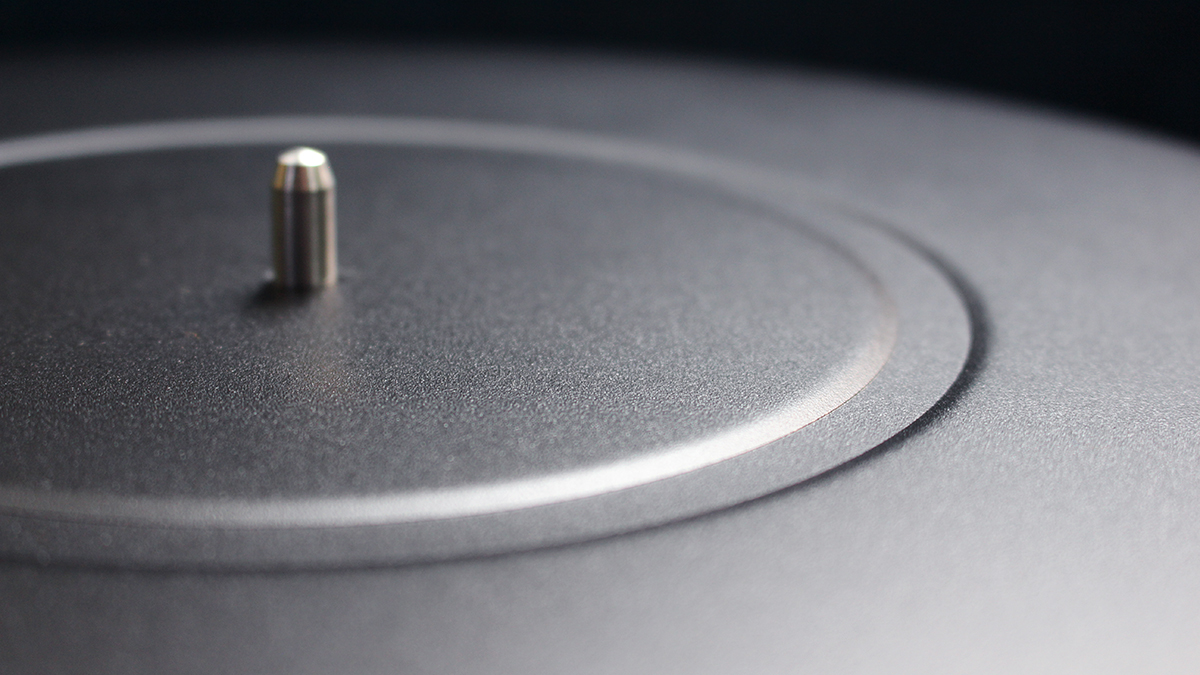 While the dampening ring helps the metal platter, we always recommend getting a mat. If you want to stick with Pro-Ject, the brand offers two different mats that vary in material elegance and dampening capability: cork ($26) and leather ($59). However, our friends at Turntable Lab also have a simple cork mat for just $20.

So, about that metal platter. If you’re still worried about resonance, it’s really simple to switch out the standard steel for Pro-Ject’s Acryl-It Acrylic Turntable Platter ($189). In addition to the aforementioned cartridge upgrade, the acrylic platter switcheroo is also highly recommended in the Debut Carbon series. You don’t need a mat on acrylic, so it’s an option that you can invest in upfront in lieu of the mat or easily order later after you’ve given the original steel platter a few spins.

If a mat is the entry-level option for decreasing resonance and an acrylic platter is the mid-level, then a turntable base or isolation platform is the splurge-level. You’ll literally be putting your EVO on a pedestal, except this pretty pedestal also reduces unwanted vibrations. When you’re ready for an isolation platform, you need to be ready to spend some dough. We suggest looking at the Pro-Ject Ground It E Turntable Base ($180) before going too far down the rabbit hole. Most price points will be on par with Pro-Ject’s Ground It Deluxe lineup ($380-$400).

Published in partnership with Pro-Ject.