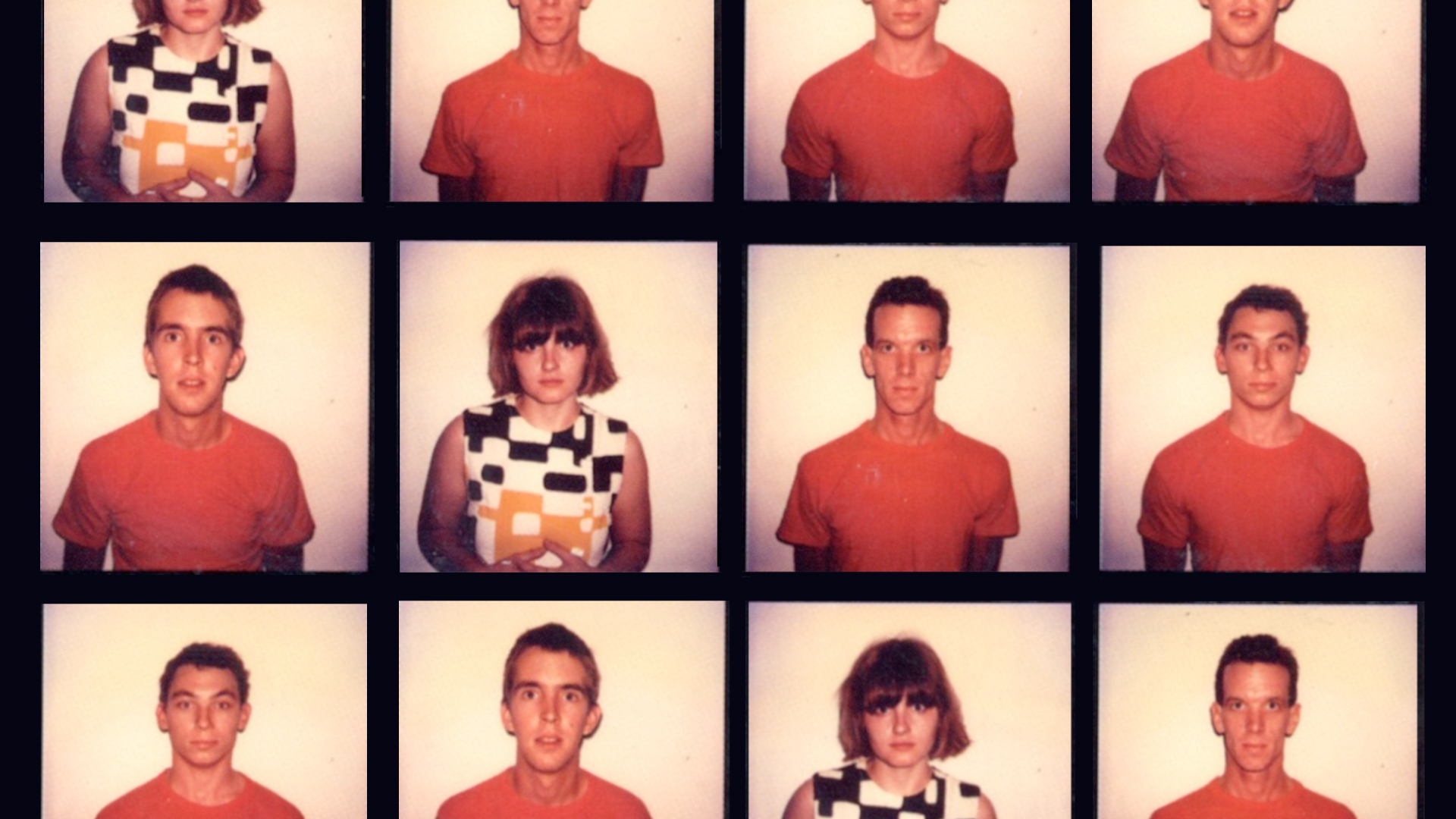 It probably used to happen in every generation, when you were first getting into music culture — before Dr. Google could instantly have any and all information you wanted at your fingertips and streaming services like Spotify and Pandora were “suggesting” bands that you might be into. You thought that your favorite band or artist hatched like a Cabbage Patch Kid out of their own totally unique pod, influenced only by air and unique divine intervention. The Killers, Interpol, She Wants Revenge — like nothing before! Until you put on any record by Mancunian post-punk archetypes Joy Division, and you realize the true DNA for so many groups actually formed literally oceans away and decades before in a dank and mildewing English industrial town.

But it could just be me that thought this way; coming into young adulthood in the 1990s, I truly believed that The Verve, Oasis, and R.E.M. were like nothing else before them. The first two examples are utterly absurd in retrospect, as The Verve’s biggest hit, “Bitter Sweet Symphony” famously borrows its main sample from the Rolling Stones’ song “The Last Time,” and pretty much every song by the Brothers Gallagher can be directly traced back to many Beatles tunes. Yet R.E.M. — from college town Athens, Georgia — did indeed seem to be completely their own thing. Like their city mates The B-52s, R.E.M. sounded different, looked different, and literally seemed like they could have landed down like Mork from Ork (sorry, a reference only people of a certain vintage will understand).

That was, however, until I stumbled upon Pylon. As Joy Division were creating a foundation of soundscapes, attitude, and possibility from the depths of Northern Britain, Pylon was embarking upon a similar journey of non-linear modernity with their mash-up of funk, punk, and brainy alchemy which, almost 40 years later, is still the holy bedrock of artistry for bands such as Sleater-Kinney, Sonic Youth, and Beat Happening. What is it about Pylon that has created such a devout following of artists hugely revered in their own right? Who were this group and why did they leave such an indelible mark on a specific place at a specific time but fail to cross-over to the mainstream success enjoyed by those they inspired?

Like so many other beloved icons, Pylon first came together while art students attending the hallowed halls of the University of Georgia in Athens. Though neither of them had any prior experience, founding members Randall Bewley (guitar) and Michael Lachowski (bass) — in the tradition of punk — began trying to form a band in 1978. Like their counterparts, Joy Division, music was a means of trying out and experimenting with different media using the ethos of DIY. The duo rented a practice space in downtown Athens from fellow co-ed Curtis Crowe. By the time that Crowe eventually approached the pair with the idea of joining up as the drummer, he later admitted to knowing all of the songs by heart from hearing them repeatedly through the floorboards, as he lived above. Still in need of a lead vocalist, Bewley turned to a fellow undergraduate whose art he admired, Vanessa Briscoe (now Vanessa Briscoe Hay). Though at first a bit hesitant at the idea, Briscoe officially completed the line-up after an audition on February 14, 1979. 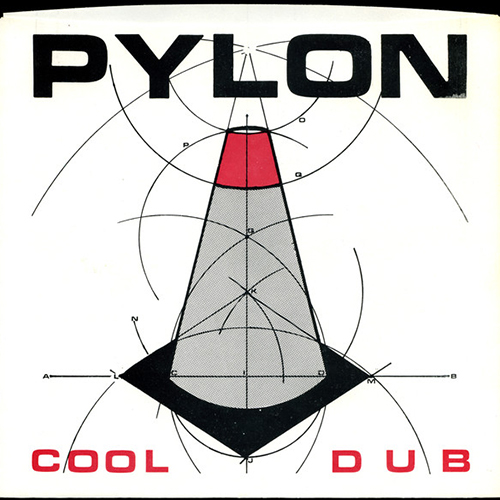 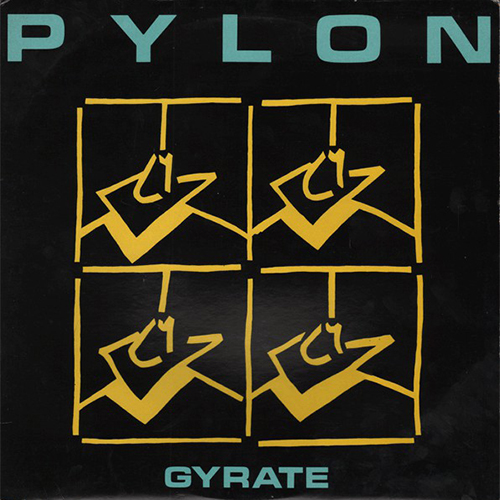 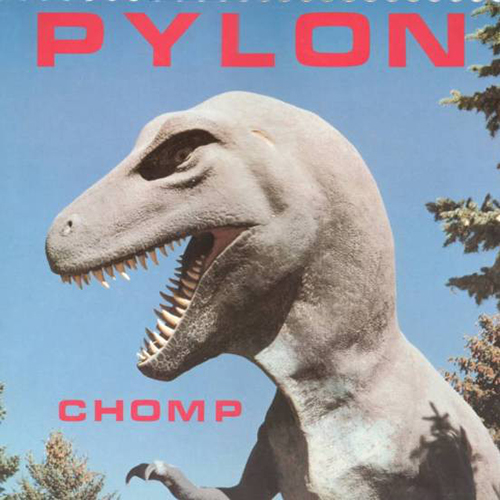 Pylon quickly attained support and interest from the local creative community. Their mix of powerful, usually obscure but always provocative lyrics combined with a prominent bass and Briscoe Hay’s honey-like delivery created a distinctive sound and vibe setting them apart from other contemporaries. By their third show, the crowd was whipped into a dancing frenzy by members of the B-52s, who were already on their way to being Athens rock royalty. Fred Schneider of the retro pop band passed along a demo of Pylon to the manager of influential New York club Hurrah, eventually leading to the upstarts opening for Gang of Four. Interview magazine’s Glenn O’Brien managed to catch the show, and gave Pylon a glowing review, further aiding in their assent in the post-punk East Coast scene. Further accolades were laid upon the band debut single, “Cool,” backed by “Dub” when it was released on DB Records in 1979. The following year saw the release of their first full-length album, Gyrate, and an opening slot for the B-52s at Central Park. The next three years were spent building on this momentum, as they toured the United Kingdom, Canada, and the U.S., supporting other art-rock post-punk breakouts, including Talking Heads and U2.

However, by the time Gyrate’s follow-up, Chomp, hit the shelves in 1983, the mood had changed. Being in the band seemed more like a job and less like a fun, on-going innovative collaboration. The friends from Athens decided to break up, having the last show at the Mad Hatter, a club located back in their college town where it all started. Several reunions and even a third studio release, 1990’s Chain, followed.

However, any chance of further new material ended when Bewley died in 2009, two days after suffering a heart attack while driving his van. “Pylon died when Randy died,” lead singer Briscoe Hay told The Observer in 2016.

If you too are intrigued to find this almost Rosetta Stone-esque link between avant-garde art-punk and modern alternative, it can be explained on November 6, 2020, when the band’s 1980 debut album Gyrate and 1983’s Chomp will be available on vinyl once again, remastered from their original tapes. If you already are familiar with Pylon, or simply want to jump down deep into the rabbit hole of the foursome who laid the groundwork for others who came after them — Sleater-Kinney, the aforementioned R.E.M., and legendary writer/producer/musician Steve Albini — then the almost all-encompassing option may be the way to go.

Released on New West Records, the Pylon Box offers an exclusive comprehensive overview of the band and their work, with both studio LPs; an 11-song collection, Extra, which includes rarities; and five previously unreleased studio and live recordings, as well as Razz Tape, Pylon’s first-ever recording. Pylon Box also includes a 200-page full-color book featuring pieces written by the members of Gang of Four, Sonic Youth, Interpol, Bradford Cox of Deerhunter, Steve Wynn of the Dream Syndicate, and many more, along with an extensive essay chronicling the band’s history with interviews with the surviving members of the band and celebrity fans.

Warning: One listen to Pylon and you will most likely become obsessed, too.