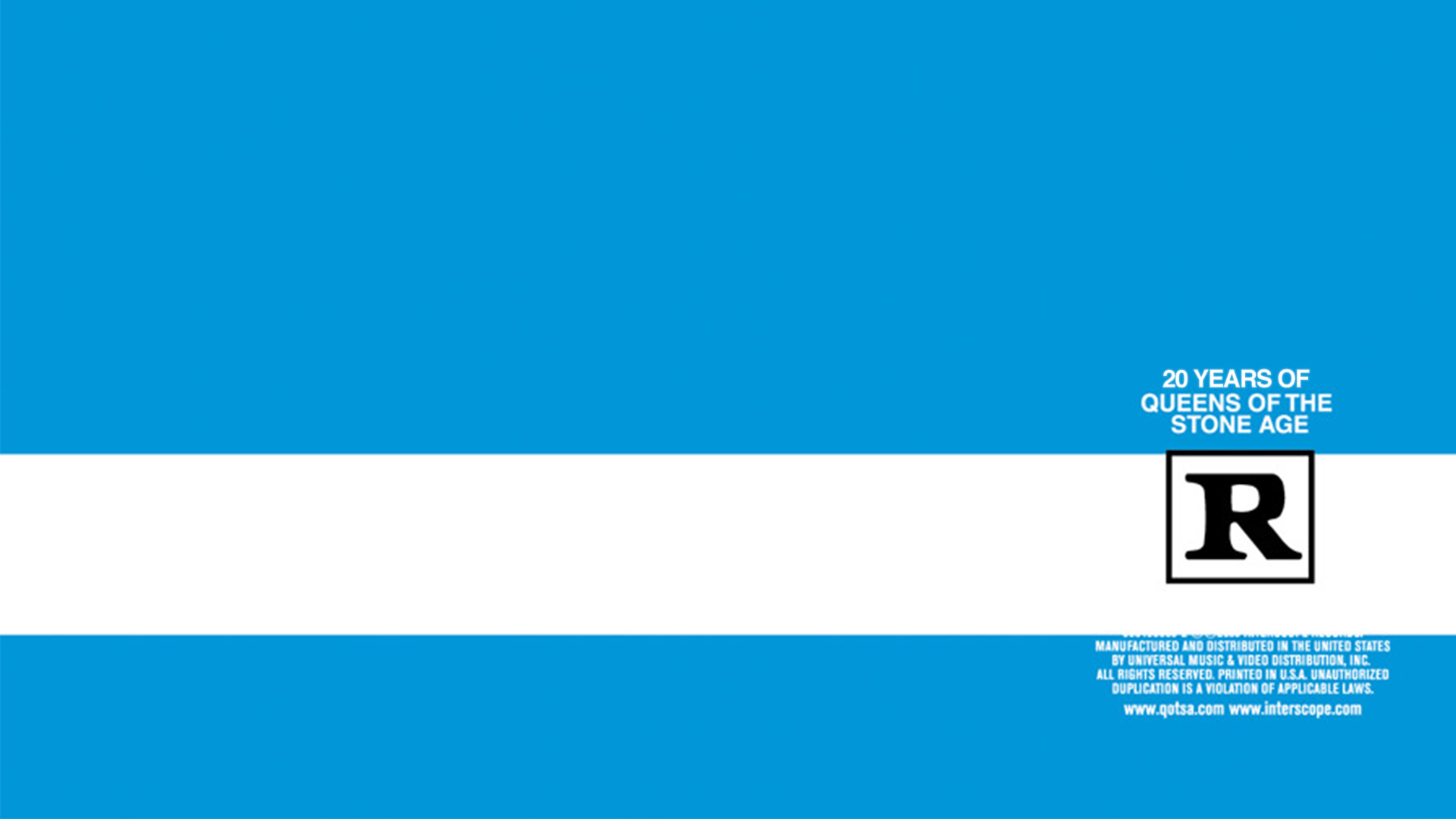 Rock history is littered with “overnight sensations” — artists who arrive, seemingly fully-formed, to enjoy fame and fortune, giving little indication of the years of anonymous struggle and dues-paying, false-starts, and horrific blunders that laid the foundations for their meteoric success. Artists like Queens of the Stone Age, whose seminal sophomore album, Rated R, benefitted from that sort of misleading, meandering, but ultimately rewarding trajectory when it arrived in record stores on June 6, 2000. This year, it’s celebrating its 20th anniversary.

To a precious few — i.e. every Kyuss fan on Earth — Queens of the Stone Age were about unfinished business: some small affirmation for having championed the greatest cult band in ‘90s stoner/desert rock and for the belated success enjoyed by vocalist/guitarist Josh Homme and bassist/vocalist Nick Oliveri.

But to the vast majority of brand-new fans swept up by the novel sounds found on Rated R, QOTSA was simply a clean slate with no convoluted past, and that was something Homme, if not Oliveri, could certainly appreciate: a golden opportunity to bury a traumatic past and carve a new identity conforming to Homme’s vision.

Well, his vision, plus that of the dozens of musicians who’d contributed to the now legendary Desert Sessions, a series of songwriting jams and recording sessions featuring dozens of like-minded musicians at Rancho de la Luna studios in Joshua Tree, California, starting in 1997, which produced several songs (“Avon,” “Monsters in the Parasol”) later re-recorded for QOTSA albums.

The first was 1998’s self-titled debut, which served as something of a sonic transition from Homme’s earlier project, Kyuss, to Queens. Bludgeoning metal riffs became into a starker, almost Motorik-inspired repetition that was different and familiar all at once, yet gave little indication of Rated R’s subsequent proverbial leap into the unknown via an assortment of songs that were as eclectic, exotic, and collaborative as the personnel involved was fluid, almost like the Desert Sessions continued.

Proving a hit is a hit is a hit, no matter how unusual or potentially controversial, the self-prophesying “Feel Good Hit of the Summer” heaped on the irony with its generous menu of illicit substances; “The Lost Art of Keeping a Secret” actually held a boatload of unfathomable secrets, not the least of which how Homme’s limited vocal range found its pop sweet-spot in a soothing falsetto; and “Better Living Through Chemistry” seemed to delight in jarring the listener with its alternating waves of lysergic hypnosis and serpentine guitar licks.

Another Rated R innovation, or at least a rarity among rock bands, was the deployment of more than one lead vocalist, allowing Homme to step back while erstwhile Screaming Trees lead singer Mark Lanegan lent his gravelly, velvety croon to “In the Fade” (and background vocals to “Auto Pilot” and “I Think I Lost My Headache”) and for Oliveri’s multiple personalities to run rampant on “Auto Pilot,” “Quick and to the Pointless,” and his brilliant hardcore punk showpiece, “Tension Head.”

When Lanegan was interviewed by the NME in 2020, he recalled that “Josh’s concept of having three singers seemed weird at the time but it was really great. I’m really proud of what we did.”

And, years earlier in 2013, when speaking to Spin, Homme said thus:

“Any band on their first couple records is just trying to keep up with their inspiration. You’re caught in this tidal wave of grand ideas: ‘What if a band had three singers? No one ever does that!’ I was thinking about what it would be like if the singing was interwoven, like you’re singing lead, then you’re singing harmonies, then you’re barely singing — just seamless transition all the time. And I’ve always had a sick sense of humor and I’ve always wanted that to permeate the music because I don’t take myself seriously. I take the music seriously, but I know I’m not God’s gift to anyone except my mom.”

Be that as it may, Homme and the Queens did, in fact, seem like a god’s gift to a music scene that was desperately seeking new idols with fresh ideas at the dawn of the Third Millennium, and the small fan contingent devoted to all things Kyuss, stoner rock, and Desert Sessions would soon watch in wild-eyed wonder as Rated R quickly rose beyond underground expectations to achieve surprising critical and commercial acclaim.

In part, this was explained by QOTSA’s signing to a powerhouse major like Interscope Records, but perhaps the greatest career catalyst was the group’s aggressive touring runs with OzzFest 2000, Hole, the Smashing Pumpkins, and Dave Grohl’s Foo Fighters, which Oliveri qualified as follows to PopMatters in 2014:

“We were a ‘band’s band.’ Other bands liked us [but a] band doesn’t really make any money when they’re a ‘band’s band.’ You get the respect of the other bands and that’s basically what we had. [But] Grohl took us on tour with Foo Fighters and we played to a crowd that we had never played to in our lives. Kids that were young, and bought records and were into it. And Dave liked us. He kind of opened us up to a crowd of people that maybe bought records that weren’t in bands.”

Still, we have to give the ultimate credit to Queens of the Stone Age and Rated R’s amazing songs, which remain undeniably catchy, distinctive, riveting, and downright weird, even 20 years later — all of these being the sort of superlatives that separate the simply great albums from the truly timeless ones.

A note about music formats: At the time of its original release, still close to the peak of the CD era, Rated R was given a limited vinyl pressing, alternately dubbed Rated X in reference to America’s rating system identifying adult films, and packaged in custom red cover art, instead of Rated R’s blue. The Rated X title and artwork would be revived for initial vinyl reissues circa 2014 and 2015 (along with added B-sides, outtakes, and live recordings) but replaced with the Rated R’s for 2019 reissues (and just one bonus cut in the Japan-only “Ode to Clarissa”).

Eduardo Rivadavia
A native of São Paulo, Brazil, Eduardo Rivadavia (aka Ed Rivadavia) has been writing about music for 20 years. He has contributed articles, album reviews and artist bios to the All-Music Guide, Ultimate Classic Rock, Loudwire, Blabbermouth, Discogs, and other sites. He currently resides in Nashville with his wife, two daughters and a dog named Ozzy.