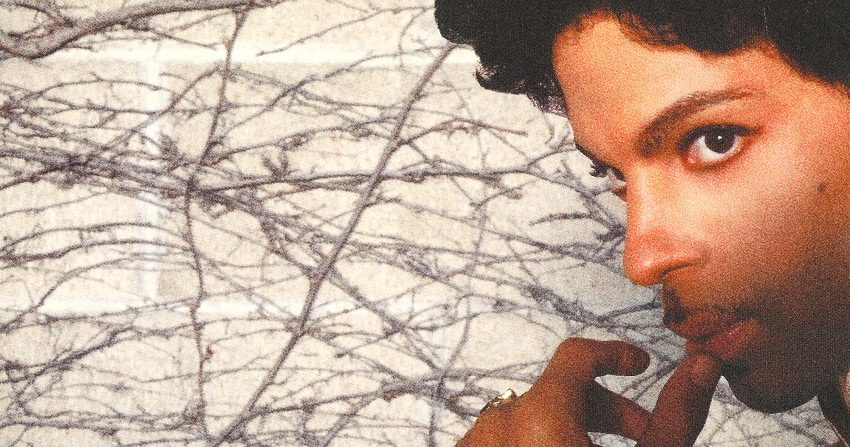 If you believe in reincarnation, Feb. 8, 2004 could well be the day Prince was reborn.

It was then, on the stage of Los Angeles’ Staples Center, that the artist formerly, currently, and forever known as Prince stepped back into the spotlight by opening the 46th annual Grammy Awards with a medley of tracks from Purple Rain and an assist from Beyoncé (who also contributed her breakout solo smash Crazy In Love between renditions of Baby I’m A Star and Let’s Go Crazy).

Any Prince fan worth their salt wouldn’t call Prince’s mid-aughts wave of success a “comeback,” and neither would Prince. The Purple Yoda never stopped recording, even if most of his post-millennium output up to that time was either hard to find (released digitally in a post-Napster/pre-iTunes world) or comparatively esoteric (three releases before Musicology are instrumental jazz/funk offerings).

But from 2004 and onward — particularly the albums Musicology, 3121, and Planet Earth, all of which have been newly reissued (including the first-ever vinyl releases of all three) — a new era of funk was upon not only faithful fans, but casual observers, too.

Here’s a look back at how Prince changed things with each of these releases, from performing your art to finding different ways to sell it.

Once most acts are deemed fit by Jann Wenner and crew for induction into the Rock and Roll Hall of Fame, they’re comfortably settled into elder statesman territory — but not Prince. When he was inducted into the Hall on March 15, 2004, Prince was weeks away from releasing Musicology — his first new album in partnership with a major label (in this case, Columbia Records) since the release of Rave Un2 The Joy Fantastic in 1999.

Live music junkies remember his performances, particularly the closing jam alongside Tom Petty, Jeff Lynne and Dhani Harrison on The Beatles’ While My Guitar Gently Weeps, as an all-timer. (Where did that guitar land?)

Beyond gravity-defying instruments, Prince broke the mold in a huge way leading up to Musicology’s release. When the Musicology 2004ever Tour began at the end of March, every fan with a ticket was given a copy of the album. Billboard’s data tracker, Nielsen SoundScan, had never accounted for this strategy.

When first week sales were counted in April, the album soared to No. 3 on the Billboard 200 with 191,000 copies sold — Prince’s best SoundScan-era sales week and his highest chart peak since Diamonds and Pearls bowed in 1991. In time, the industry shook off its bewilderment to bundling; 14 out of the 38 albums that topped the chart in 2017 did so as part of a ticket deal.

More than flashy business moves, though, Musicology resonated because it’s authentically Prince. Some critics at the time were quick to note the disparity between the album’s old-school R&B rave-up and the current wave of top acts influenced by his imperial ’80s sound, from Andre 3000 to Timbaland.

But like the fine tailored suits he was fond of at the time, Musicology fits Prince’s form perfectly. The young man who shouted “you’re gonna have to fight your own damn war” on 1980’s Partyup squares with the older, wiser man decrying “the mass illusion, war on terror alibi” on Cinnamon Girl or slipping the surveillance state into a come-on in Call My Name (“They can bug my phone and people ’round my home / They’ll only C U and me making love inside”).

Never Mind What Time It Is, The Party’s Just Begun

So, Prince’s comeback (we know, he said not to call it that) is in full swing. What’s he going to do next? Shortly after the curtain closed on the Musicology era, Prince was back with a new record, 3121. The inspiration behind the name is up for debate. Theories abound over psalms, the order of Prince’s discography (it’s his 31st album, released on March 21, 2006), or the address of a Los Angeles mansion he infuriated the landlord (NBA power forward Carlos Boozer) by redesigning.

What is not up for debate, though, is Prince’s continued, certifiable hot streak. A week after it dropped, 3121 entered the Billboard 200 at No. 1 — the first time he’d notched a chart-topping album since the Batman soundtrack in the summer of 1989. (The sudden release announcement chased at least one contractually-mandated Prince compilation off the calendar for several months.)

Critics were also duly thrilled with Prince’s return to spinning off effortless (but not lazy) albums at a rapid clip. “I’m back to suspecting that, at 47, [he] can keep laying top-shelf stuff on the public for as long as he’s in the mood,” Robert Christgau declared.

Indeed, consistency was the name of the game for Prince. Finally, after watching pop stars adapt his whining vintage synths and drum machines for their own ends, along comes Black Sweat to bring the ball back to his court. 3121 finds him committed to seducing you in Spanglish (Te Amo Corazon) or with a partner (Beautiful, Loved and Blessed, featuring new protégée Támar). And if you want more of the old school joints from Musicology, there’s Fury, The Dance and freewheeling closer Get On The Boat.

That consistency stretched to 3121’s promotion, too. At a time when artists, particularly older ones, felt the need to flit around and reach increasingly busy audiences, Prince largely planted his feet firm and let the people come to him. His only concert dates in support of the album were held at a specially-created nightclub at the Rio Hotel in Las Vegas — a residency that stretched from November 2006 to April 2007, more than 40 dates in all.

Then, of course, there was the Super Bowl. On Feb. 4, 2007, Prince took the stage at Miami’s Dolphin Stadium for Super Bowl XLI’s halftime show, an epic set in the middle of a torrential downpour that became the new yardstick by which all subsequent performers have been judged. (Sorry, Maroon 5.)

To revitalize a prime piece of entertainment real estate like this (having been occupied by classic rock acts like Paul McCartney and The Rolling Stones after the controversial 2004 appearance by Justin Timberlake and Janet Jackson) is no small feat. But when has Prince made his efforts look other than easy?

With Prince’s neoclassical period in full swing, what is there left for him to do? How do you grab people’s attention as succinctly as he did from Musicology onward? The answers were equally surprising and scintillating when Planet Earth came into orbit in the summer of 2007.

After the Super Bowl, it was clear that Prince could’ve proceeded with an album rollout the same way he did the last two times, no matter how different Planet Earth is from its predecessors. (The strains of R&B here are lighter, with melodic pop and rock driving the conversation — check the righteous Guitar or deep cuts The One U Wanna C and Resolution, both recorded with former bandmates Wendy Melvoin and Lisa Coleman.)

But one eye- and ear-catching alteration to Planet Earth’s cycle showed off Prince’s curiosity toward alternative distribution and anticipated a crucial (if difficult) change in philosophy for the remainder of his career. In England, Prince elected to give Planet Earth away as a covermount album, included free with copies of The Mail On Sunday — the first time anyone had ever done so with a full album of new material.

The industry was briefly aflutter: Columbia, who’d inked a deal to release Planet Earth in most territories, cancelled the British release, and music retailer HMV begrudgingly agreed to carry the Mail issue in their store.

The controversy did little to impact Prince’s continued dominance of the pop/rock world: Planet Earth became yet another Top 5 album on the Billboard 200, and each concert of his next residency (a 21-night stand London’s O2 Arena) sold out. However, it did anticipate the cautious, conservative approach Prince would take to the Internet during the 2010s, after grasping digital distribution earlier than any major label did.

Ultimately, you can’t blame Prince for doing things his way — especially when “his way” involved more risk than most, as well as surprising rewards that helped remind fans old and new what made him a legend.