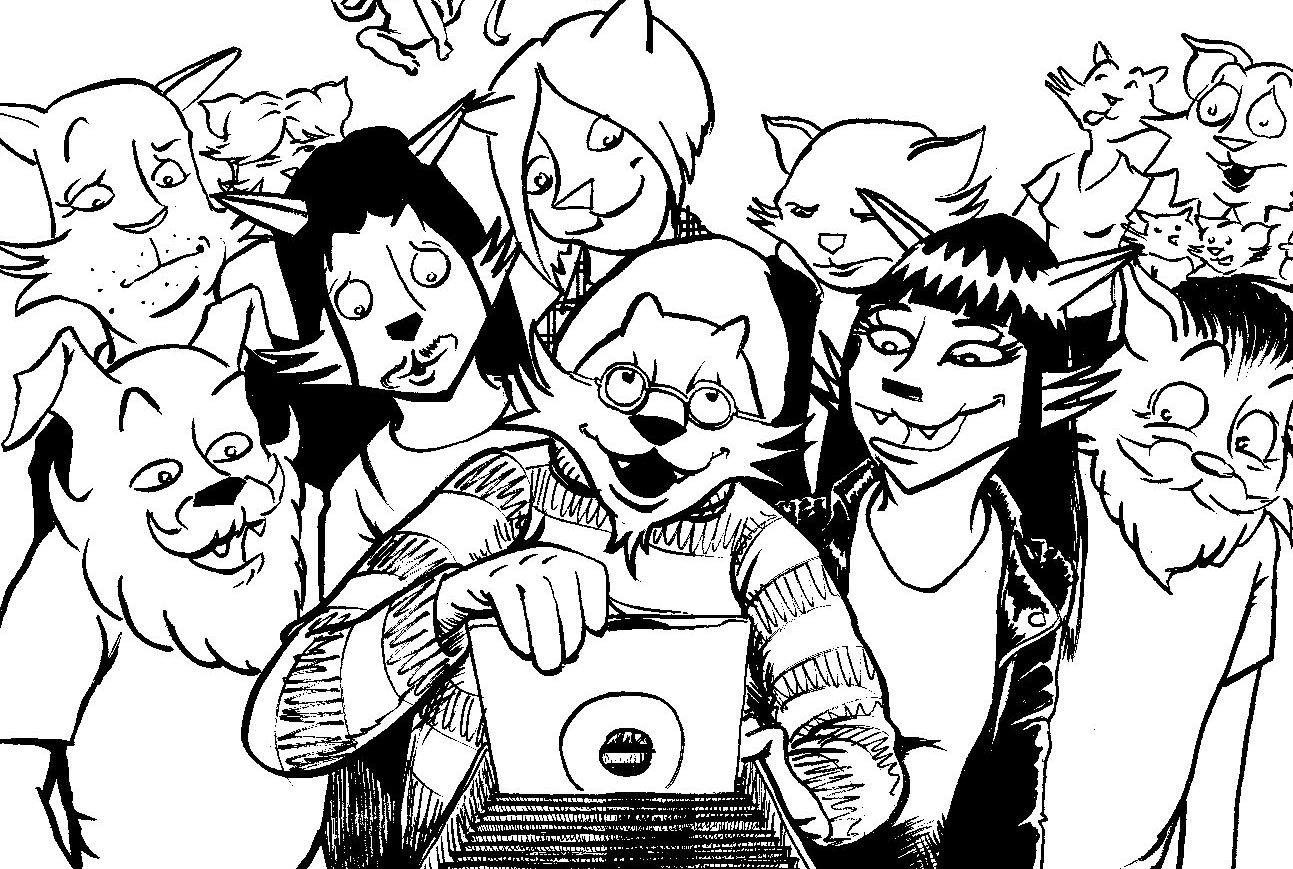 Some of the situations depicted in Reckatz feel eerily familiar, to the point where you’ll be wondering if artist/author, Tim Schulze Dieckhoff has been tailing you. From explaining your new record haul to a disinterested partner, convincing said partner you love them as much as your collection, to being perplexed by those weird bowls people make out of discarded records.

We’re big fans, so we were keen to learn more about how Reckatz came about, what type of comics Tim is into, and what kind of collector he is.

How long have you been creating comics? When was Reckatz born?
I’ve been drawing all my life, but Reckatz is the first comic that was more than just entertaining myself. It was the result of wanting to get back to drawing after a few years of not drawing much at all. It took quite a while till I knew what Reckatz should be like. The first sketches I made were with humans. It took a year till I launched Reckatz.de and another year till the first issue went into print. 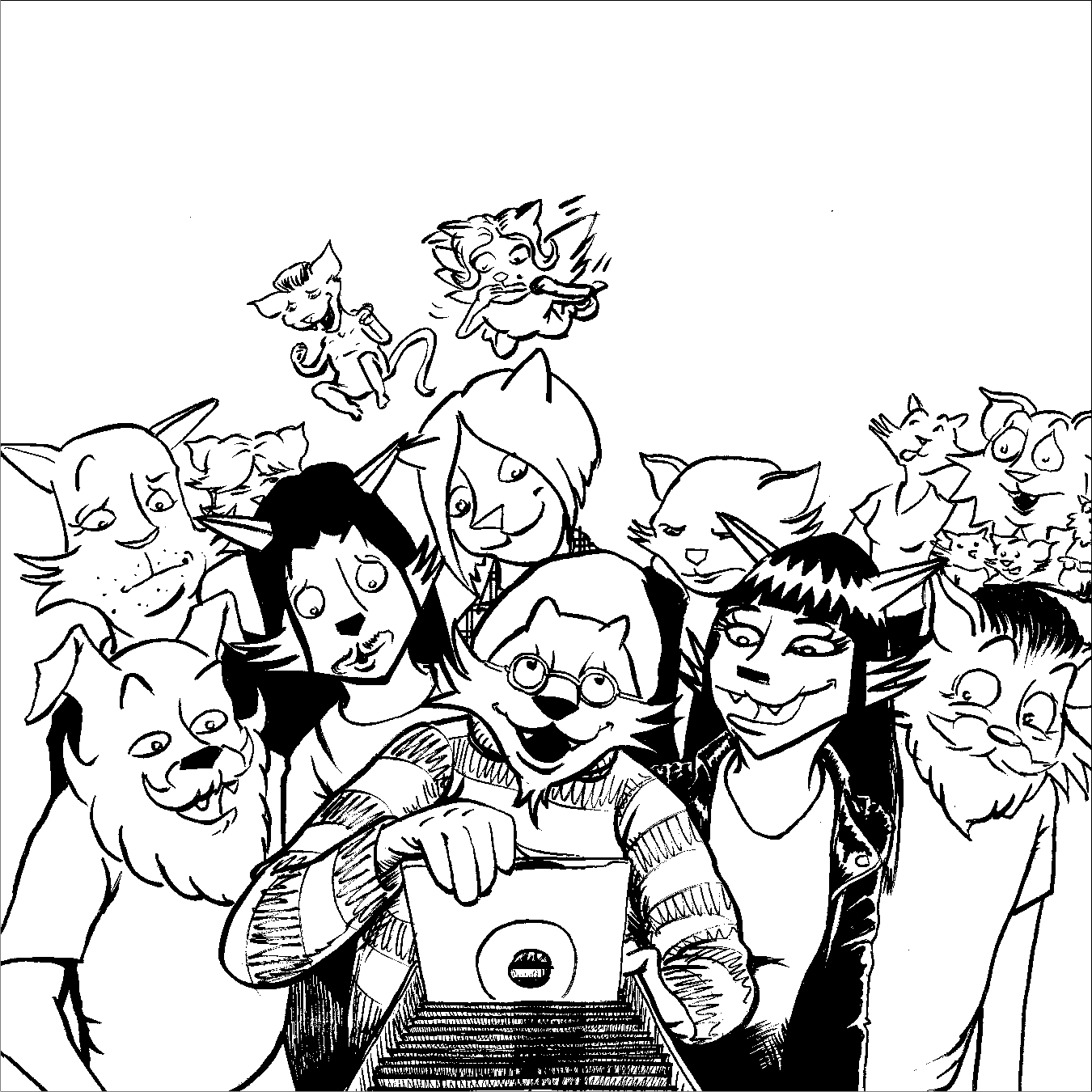 Are you working on any new Reckatz comics at the moment?
I took a little vacation from my cats. At the moment I’m collecting ideas for new cartoons for a third issue I hope to release later this year. One new cartoon is already online.

Do you have any other comic projects going on?
I would like to do a bit of a longer story, about ten to twenty pages. I’m still working on the concept. Can’t really say much about it at the moment, just that it won’t involve cats.

Are you a big record buyer yourself? What does your own collection look like?
I’ve been collecting records for 25 years or more and I’ve worked in record stores for nearly 20. If you consider that, I have a rather small collection. Somewhere between two and three thousand. All kinds of music, re-issues and original pressings. I also have CDs, but I wouldn’t say I collect them. I just have them.

What are your favorite comics? Do you also have a big comic collection?
In my 20s I collected comics. It began with Spawn and The Maxx. Superhero comics aren’t really my cup of tea. I think my favourite comic series is Stray Bullets by David Lapham. I like black and white comics, like A.K.A. Goldfish, by Brian Michael Bendis, BLACK HOLE by Charles Burns, or Liberty Meadows by Frank Cho. I also like the works of Daniel Clowes or Kyle Baker.

The last comic I read was Mercy On Me by Reinhard Kleist. It tells the story of Nick Cave, whose music I like a lot, too. But that’s not the only reason I enjoyed this comic book – the drawings are just great! Speaking of music-related comics, Hip Hop Family Tree by Ed Piskor became also one of my favourite comics, right after I read the first pages. 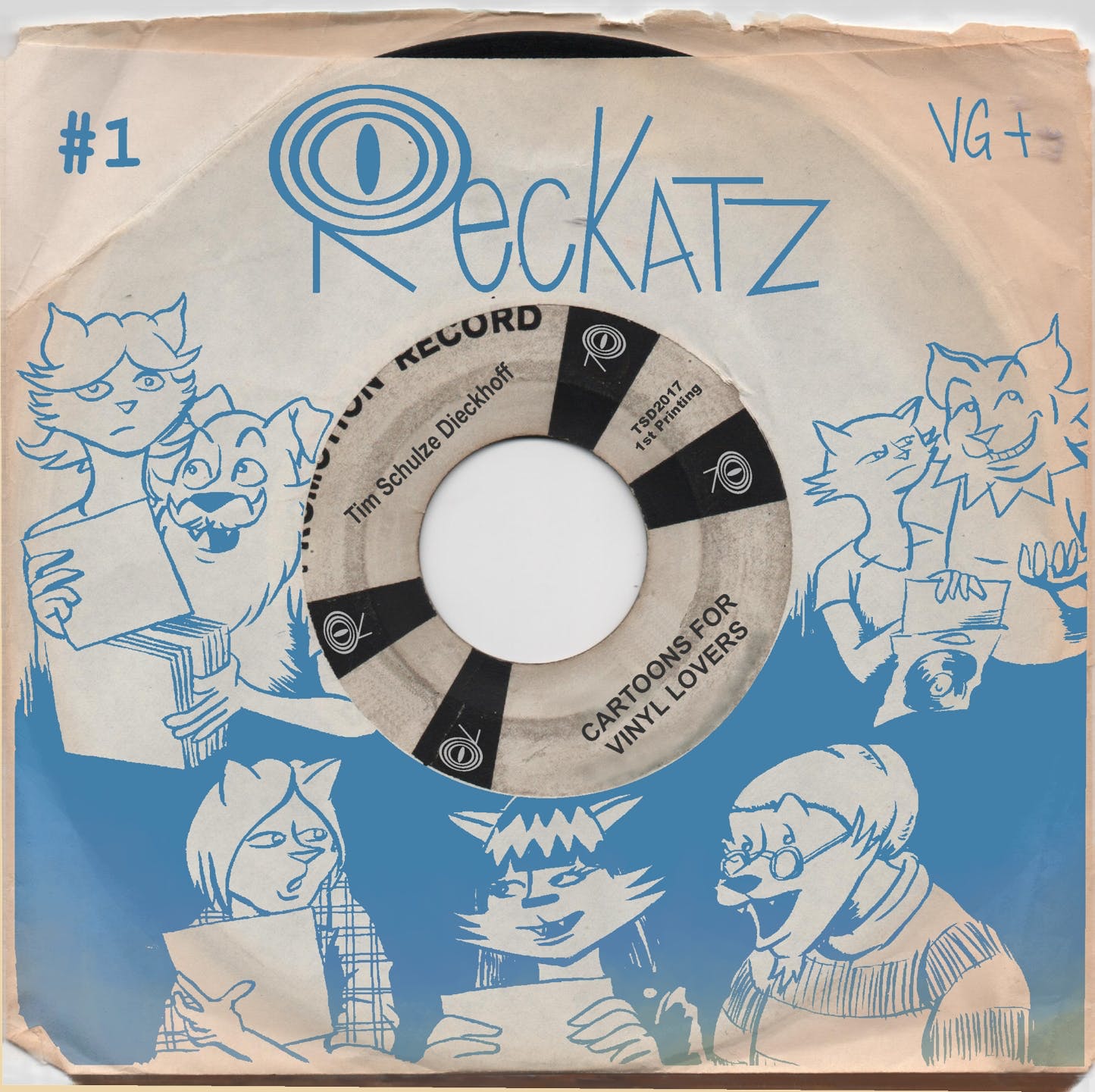 What advice would you give to people who are interested in comics but are looking for a way to get into collecting properly?
I think the right way to start a collection is just to go out there and buy stuff you like. After a while you take a look at the stuff and say: “Hey that’s a fine, little collection I’ve got here.” You shouldn’t start with the wish to collect, but with the wish to have the stuff that will become your collection. To say it in the words of a record collector: A collection that has only the TOP records of all time has no personality. A good collection has guilty pleasures and also records you don’t really know why you bought them. A collection should represent your taste and tell the story of places you went and have found the items of your collection. A good advice to save money is not to care about whether you have the first or third printing/pressing of something. Otherwise that little nerdish nonsense is quite a bit of the fun.

What’s your first thought when you see those bowls made of records?
Actually I don’t really get the idea of these bowls. I guess they are made by people who just want to recycle stuff they have no use for anymore. No vinyl lovers. I thought a bowl from a record I don’t know or like doesn’t make sense. A bowl from a record I like? Why should I do this? And I thought: “I need to make a cartoon out of it – maybe two.”