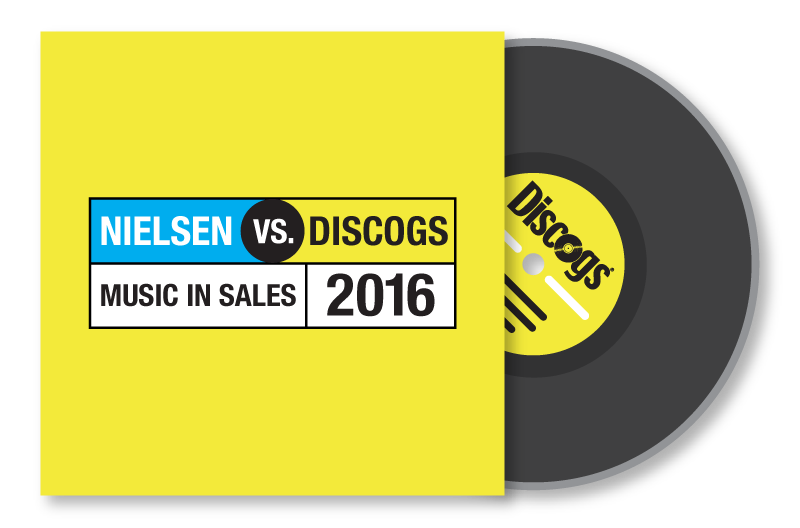 Read the words, “Marketplace analysis” or “database highlights,” and you may find yourself immediately hitting the back button on your browser. However, we’ve found that the numbers we’ve collected from the Discogs Marketplace and Nielsen Mid-Year Report tell us a story of just how much the music industry can change within a year.

We’ve assembled the data to not only show you what music people are buying, but what format of music they’re buying, as well. And, we’ll be comparing how the CD and Vinyl numbers from the Marketplace compare to the Nielsen Mid-Year Report. Read on for infographics and highlights from the first part of 2016 and how the numbers stack up to last year.

According to the Nielsen Mid-Year Report and Discogs Marketplace sales data: 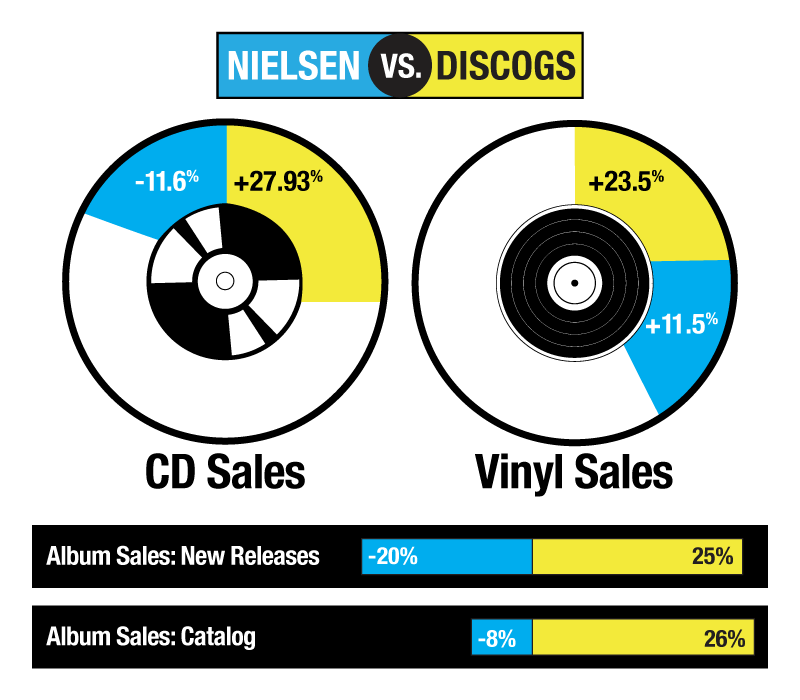 Nielsen (Sales by Format) vs. Discogs (Contributions by Format)
Percentage of formats contributed to Discogs’ Database and Nielsen’s percentage breakdown of music sales. 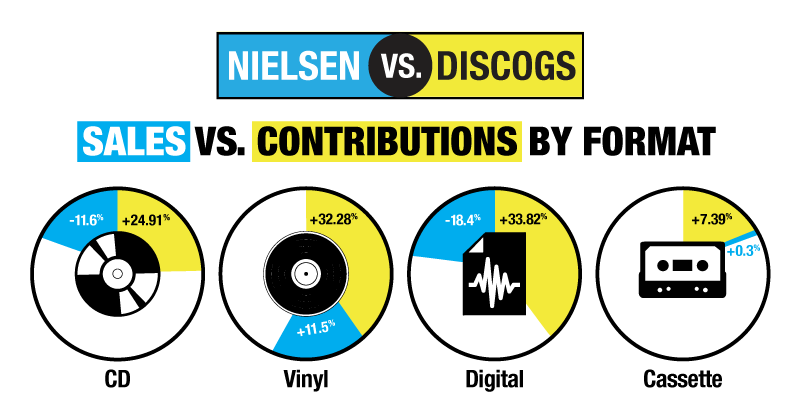 So far, 2016 continues to see Vinyl/LPs make a comeback and is making a mark in physical music sales. Vinyl/LPs continue to be one of the most submitted and most popular selling format in our Marketplace. Along the same lines, cassette sales continue to trend upward at a staggering pace. Digital music sales have continued to decline with more folks latching on to streaming services like Spotify.

Our user-contributed database only continues to grow with a total of 643,765 releases. What will next year look like? Leave your predictions in the comments below.

Get the full song and dance by downloading our 2016 Mid-Year Review: Marketplace Analysis & Database Highlights