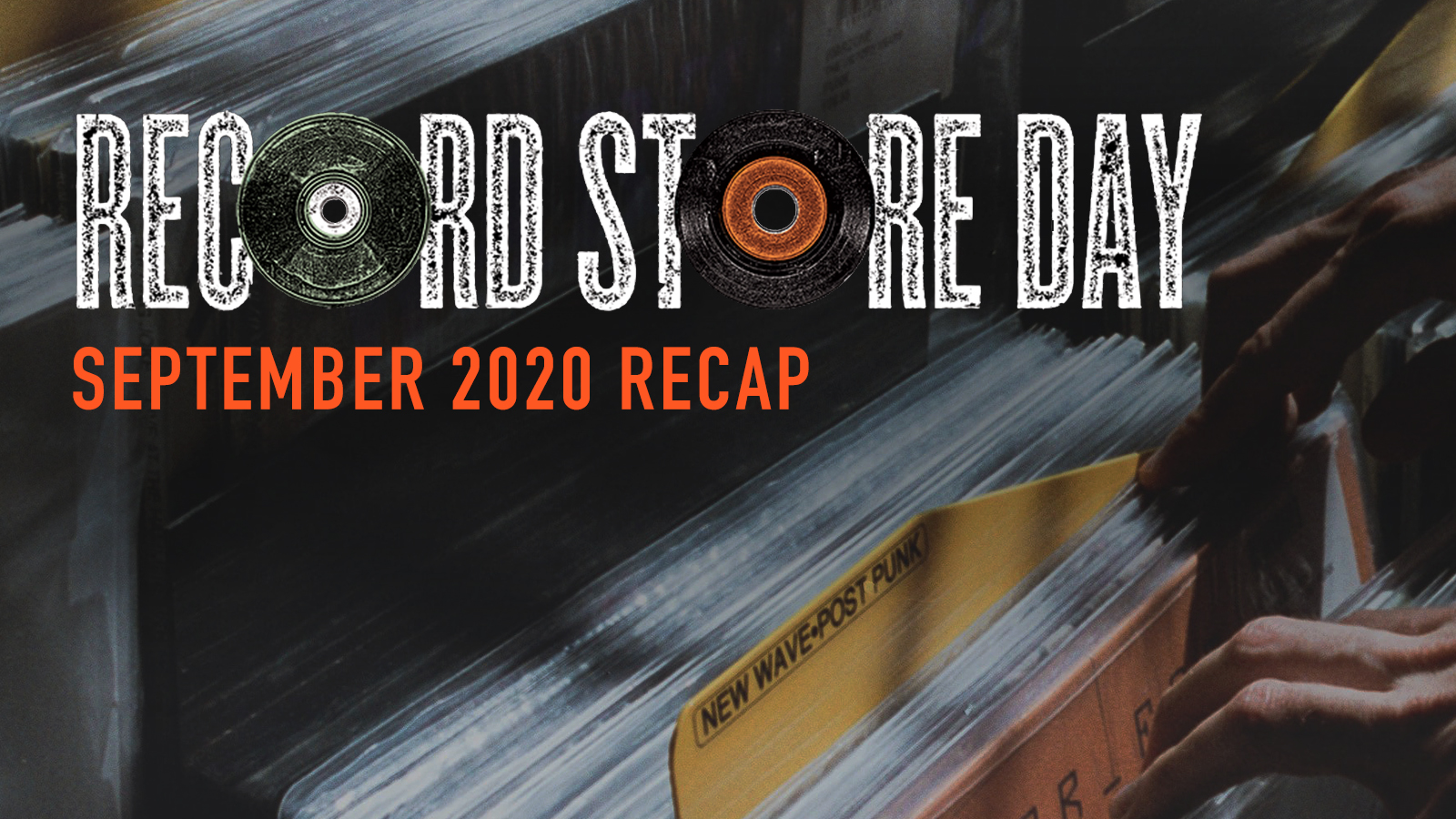 Another wave of Record Store Day has come and gone. Unlike the 13 previous Record Store Days, which offered a single in-store drop each April, the 2020 version boasts three socially distant events throughout the fall. This past Saturday, September 26, was the second of the RSD trio. While the September version was not as impactful as the August drop, we’re still seeing massive increases compared to 2019.

Our second RSD was a bit more mellow but still a great stream of people, kids, and dogs all day long. Even one of the main Miami-Dade Mayoral candidates made a campaign stop here! And like last time we cross-posted a selection of in-demand RSD releases on Discogs in the days after.

Keep in mind that we’re comparing the second weekend of three planned drops in 2020 with the single weekend that has defined RSD since its inception. This means that we’ve actually seen nearly 120,000 orders and over 210,000 vinyl in 2020 so far — and we still have more RSD exclusives coming in October.

However, the September drop was apparently less popular than the August drop. When comparing the two weekends, there was a -7% decrease in orders and -6% decrease in vinyl from August to September. Shop owners we chatted with attributed that to a smaller release list for round two.

RSD drop number two went VERY well for us. Our regulars turned out early, like always, but folks were still very respectful of the social distancing aspect of things. Our line moved far faster than normal, likely due to the fact that we bumped our staff up to 15 people working in store the day of the event. The overall number of items sold was slightly less than the first drop, but the list on this one was a bit smaller, it seemed. We sold through 2,850 RSD releases, which was around a 98% sell-through on what we brought in. We are restocking as many of those titles as possible and hopefully will be listing a bunch more on our website/Discogs soon!

As we predicted in August, we are attributing the continued success of RSD to two different trends: 1) shops could list their own RSD inventory online for the first time ever and 2) people are still purchasing records despite the challenges that the COVID-19 pandemic has presented.

In previous years, record shops could only sell their RSD inventory in-store and online shoppers would have to wait for people looking to “flip” albums. To help shoppers who couldn’t come in-person and shops that couldn’t open their physical locations due to the pandemic, new for 2020 was the ability for store owners to list stock online directly, whether it was through their own site, Discogs, or another marketplace. It was a win-win all around; sellers could utilize their online presence more effectively and collectors could shop their favorite local shop from the comfort of their homes.

With August’s RSD Drop under our belt and a smaller list of titles, we all felt a lot more confident going into the one. We also knew what to expect with the crowd and line management which allowed us to staff the overall day much better. Like last month, we opened early at 9 a.m., and employed the same checklist system that worked so well before. The staff picked and pulled and we helped at least 250-300 people through the first couple hours of the day. Giveaways were well received and most people that came by got what they wanted. By 2 p.m., we dissolved the checklist system with the line having died down and then we let the normal Saturday crowd browse the titles. It was especially helpful to condense Drop #1 titles in with that day’s releases as we sold quite a few of them. We closed the store at 5 p.m. and then it was all engines go for our e-comm. This month we equipped our website with an amazing program that allowed people to queue up and keep their place on a title even if the site became overwhelmed, and the site never crashed! The second wave of staff spent the next 6 hours pulling most of the RSD section down to the 1/10th of what it was before. Sunday, Monday, and Tuesday saw the staff all pitch in, picking and packing thousands of pieces that managed to leave the building a lot quicker than last month.

And those collectors have not been deterred. Discogs witnessed the best six-month stretch we’ve ever seen in the first half of 2020. Over 5.8 million records were sold between January and June, which is up 33.73% compared to the same period in 2019, according to our own 2020 Mid-Year Report. That trend expands beyond Discogs, too. As we saw in Nielsen and MRC Data’s mid-year report, 9.2 million vinyl records were sold across the U.S., an 11.2% increase over 2019.

We ended up doing about 70% of what we did in August but I think that’s mainly due to the fewer number of titles available. The initial lines we had were shorter at open than in August but the overall traffic throughout the day remained consistent and equal to August by the end of the day. We didn’t make any changes from the first to the second drop. Things went so well the first time that we were able to carry everything we did over and it made the day smooth. We do have a TON of space at 25,000 square feet, so that really lets us spread everyone out to keep everyone safe. Our [Kansas City] and Tulsa shops did list their remaining product on Discogs starting at noon. We didn’t in Dallas as we almost sold through 100% in the store. We anticipate when it’s all said and done, the three drops will beat our numbers from RSD 2019, which we would consider a big success.

There’s one more drop scheduled for October 24. While the September version wasn’t as splashy as the August event, we’re still anticipating record-breaking sales. When you’re ready to start prepping for the third and final act of RSD 2020, we’ve got you covered:

Editor’s note: The data in this article has been updated since it was originally published in 2020. Discogs has since been able to analyze Record Store Day numbers more accurately.