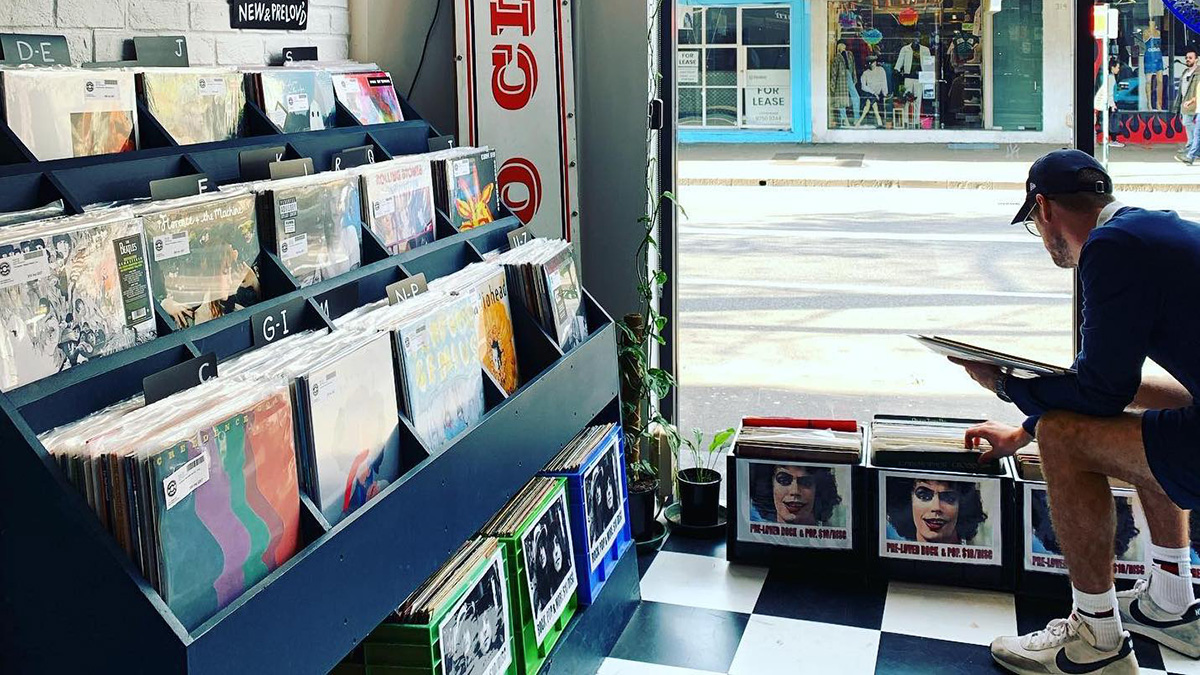 Servicing Sydney, Australia, with the finest in vinyl treats since the early-2000s, RecordStore is one of the few survivors of the area’s deep dance music culture heyday, which at one point saw no less than 14 record stores in a 1-square-kilometer area. Owner Stephan Gyory has been pushing vinyl since the early ’90s (first working at BPM Records) and it doesn’t look like he’ll going to slow down any time soon.

Always up for a beer and a chat, Gyory sat down with Discogs to get the lowdown on what the RecordStore is all about.

Discogs: How did you get into selling records?

Stephan Gyory: Hi, world. I’m Steph. I started working at a record store called BPM Records in 1995; in 2003, we took over the lease. This was the least-best time in the world to get into vinyl! The majors had given it up in 1991, and EDM [electronic dance music] kicked off at the same time and kept the presses going, but by 2003, DJs were early-adopting digital. While the public was happy with their iPods and CDs, the 12-inch market shrank at a rapid pace and vinyl went on a long downward spiral until about 2014.

It was only when recorded music jumped completely off physical formats into the stream that our plastic passion began to turn back into a luxury people seem to really need. No idea how we made it through. 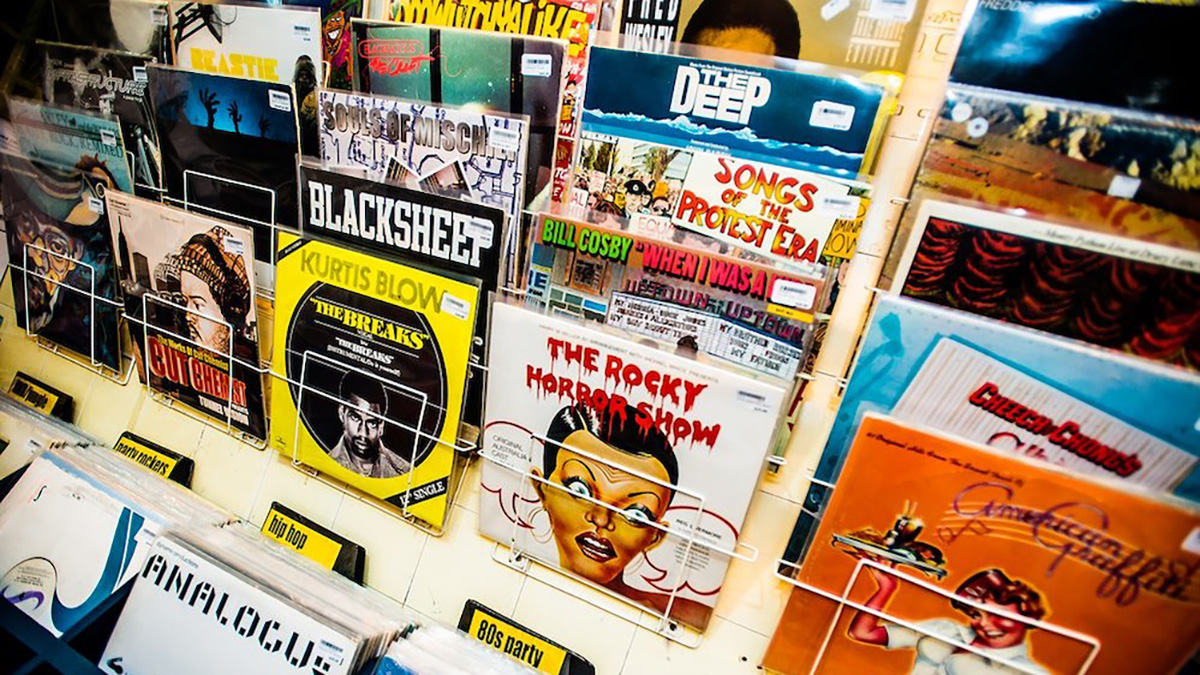 So, it’s fitting that Discogs started off as a fan thing. I only know this because we have a new POS [point of sale] in the store that links into the Discogs API and I noticed that every record has a unique numeric code, so I went back and looked for number one and it was a Swedish techno 12-inch. I actually started off on Discogs as an individual, not a store. I was never really big into the secondary vinyl market and got onto Discogs because I am an early adopter of virtual things, as opposed to life, where I like to late-adopt. I signed up and occasionally used it; mostly for knowledge, occasionally to find a thing I wanted. Now it’s 15%-20% of our business and a vital reference source.

SG: I wanted to mix records and write music and to hear the latest sounds and meet like-minded souls. For that, you needed to work in a record store.

D: Tell us a bit about your retail shop, RecordStore.

SG: We grew out of the warehouse rave scene in Sydney. In the mid-’90s, there were 14 stores on our block, each catering to a genre. We’re the last of those stores now in East Sydney. We grew from house and dance, through gabba and hardcore, and into a specialist breaks store… [we] then realized we needed to be more than just a DJ shop. Slowly, we became a reasonably competent, but very loving and friendly, record store for every person.

D: What has been your favorite instore moment?

SG: CRINGE. The time that Drew Barrymore stepped one foot into the store and rapidly backed out because she had walked into the perfect storm of a drink having been massively spilled behind the counter and me blowing up at the crew who were standing frozen to their spots terrified of my reaction and not knowing what to do! We now keep a damp mop handy at all times and continue drinking beer in-store. #Adulting.

D: What is your favorite record store (outside of your own) and why?

SG: Always loved Recofan, fourth floor in Shibuya, they used to sell the dead stock of all the other shops in Shibuya super cheap. I hope they are still there. [Sadly Recofan closed down in 2020. R.I.P.]

D: Do you have a story or anecdote that you’d like to share about record-selling? Please tell us!

SG: So many. Hard to choose, but if pressed, I’d say: “There are novices and there are audiophiles. The sweet spot is somewhere in between.”

D: Do you have a favorite record of all time?

SG: Oh wow, no, but yes, but no. The answer has to be Fools Golds by Stone Roses, but so, so, so many more. 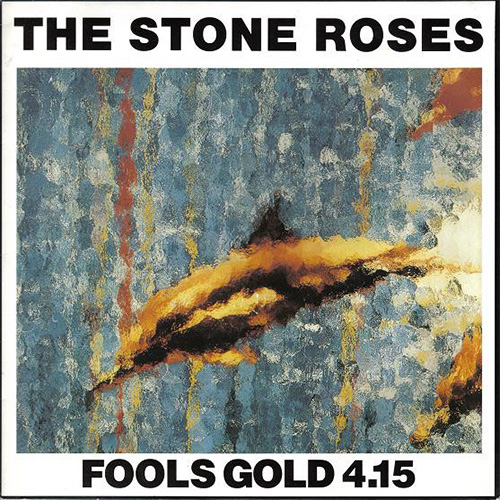 SG: Flying Colours by Bliss N Eso, signed copy. Pays to know the band — thanks for the instore, guys. 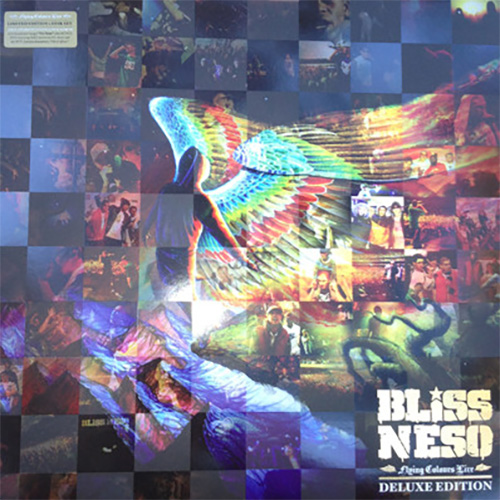 S: Had some old rich Russian suit in a late-model Range Rover walk in and dump a bag of vinyl on the counter in a garbage bag. He was in such a hurry, he low-balled himself and we got the collection really cheap. Turns out there was a super-limited Beatles — mono, half-speed, Melbourne-pressed record club thingy in there worth a mint.

D: What is your number one tip for Buyers and/or Sellers on Discogs?

SG: Sellers: Under-promise, over-deliver. Buyers: Understand that Sellers are human and can make mistakes that we like to rectify if given the chance.

If you enjoyed this interview and feel like it’s time to buy some records, you can check RecordStore here. Our Crate Minds series showcases some of the best sellers on Discogs. You’ll meet the people behind the crates (virtual and otherwise), get some insights into the life of a record seller, and learn tips on selling records from the best in the biz. Feature image courtesy of Stephan Gyory.