It began about five years ago with a question with a record store owner I was visiting for work. At the time, I was riding heavy on shop and record show visits and for a glorious year or so experienced a decent percent of the United States, experiences which I am eternally grateful for. Many of those stories I went into details of at the time, if you dig back far enough in the blog. “What’s the most unique thing that’s passed through your store?” I asked while being taken on a tour of their shop.

For me, it’s not so much about the financial worth of certain items so much as the lore around them that resulted in them being so sought after. At my core, I’m addicted to a good story, possibly explaining why I have box after box of spoken word records. In so many words, clouded likely by the raging headache from poor personal travel decisions, I was told of a collection of master tapes that had come in recently. They were apparently discovered hidden inside the wall of a building that was being torn down. 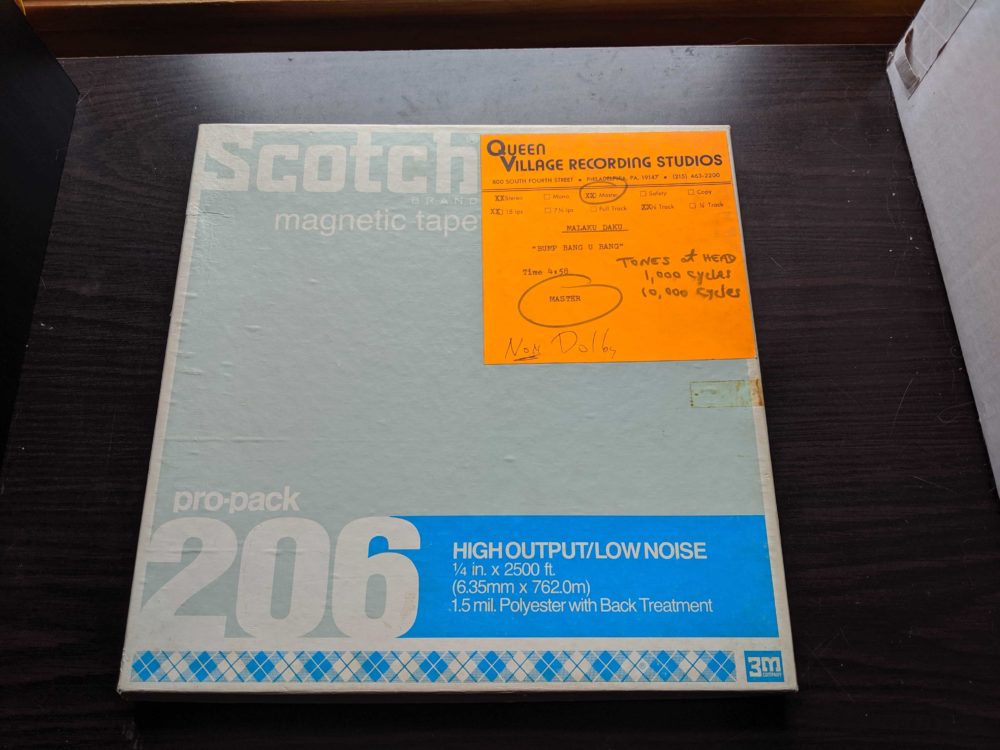 Needless to say, I lit up like a pinball machine when I found out the store still had them. After a few weeks of further negotiation, I had them. I had no way to play them as well. Only the featured track was on youtube and it had a median price of roughly $80. Okay, fine, eat ramen this week, buy the record. The other tracks are rad! I took a gamble and now to figure out how to transfer them. I called around a few places at the time, and looking like a few thousand due to the multitude of tape sizes and speeds. Plus still no guarantee the tapes are even good enough to use. Crud.

Slight roadblock, but worth saving up for! The original pressing isn’t so hot, and a few tapes had track names that didn’t line up with the LP names. Might be unreleased stuff, might be mislabelled tracks, might be nothing. While I was saving up for that, I started the process of figuring out who the rights holder was so that I could do the right thing and properly license it from them. Unfortunately, Malaku had passed, as had a few of the other people credited on the jacket. I finally managed to find the contact for another family member, but was unable to get a response. Crud.

With their experience and assistance, we were finally able to locate and get in contact with the rights holder and we finally talked on the phone about the possibility of licensing it for a reissue. After some discussion and reassurance, we were moving forward again, at least on one front.

During this time, I managed to luck out and through local networking met a friend who was a reel to reel enthusiast that was willing to help out with the transfers. After about four years, we would finally get to be able to hear what was on the tapes, if anything at all. After nearly breaking my foot helping him carry the incredibly heavy tape machine up the stairs into my apartment, we set out on an exciting night of figuring out every weird tape I had laying around for the past ten plus years. Gems abound! 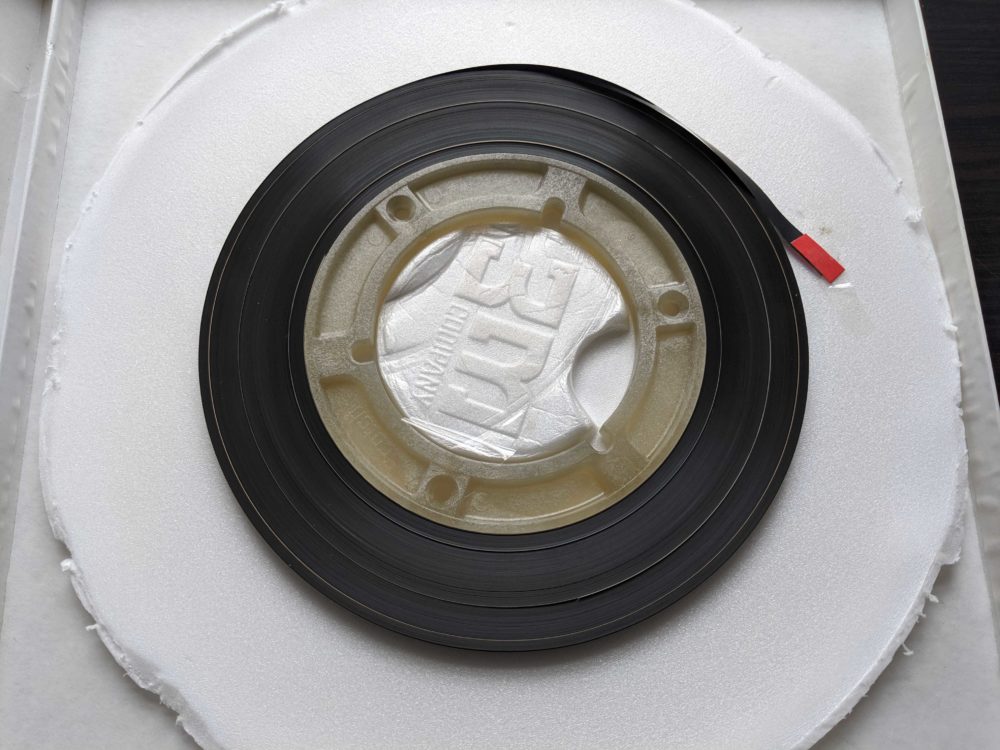 Unfortunately, as it turns out, several of the tapes were too wide to work with his machine and others required empty reels as they were stored in as ‘pancakes’ – just the tape on a hub (above). We listened to a few though, including the title track and the ones that weren’t listed on the LP jacket. I heard things I didn’t hear before. First off, they sounded amazing, second off, those were in fact some unreleased tracks. (Ultimately, as these didn’t fit the scope of the reissue, I will be working on these separately.) Third off, some of them were alternate takes. The wait was worth it.

I passed him off the rest of the tapes as he had the equipment back home to do them. After some time, I finally got to hear the rest of the master tapes, and they sounded great, barring some light tape hiss here and there. Fantastic. Absolutely fantastic. With some of the label’s assistance, we got those transfers cleaned up further for the final release.

I wanted to make sure the rights holder was compensated as well as possible for this, so I was willing to forgo making money off this project. It’s her legacy and inheritance, not mine. I’m just some dweeb that likes records and felt the responsibility of having to do something with the tapes I was in possession of. I visited her this spring down in Philadelphia. She’s a wonderful person and it was great to interview at her restaurant. If you’re in Philly, check it out.

Around this time, we needed to reproduce the cover for the new release, as, well, it’s amazing. I used my photography technique to make a high resolution, single-shot capture of it and the label’s art person cleaned it up and did the rest of the cover alterations. Check out my blog post on this for an idea of how that process works.

After months of back and forth with making sure all the licensing stuff was set up correctly, it’s finally coming out and one of my life goals is nearing completion. Check it out when you get the chance and if there’s anything you’re curious about, ask away!