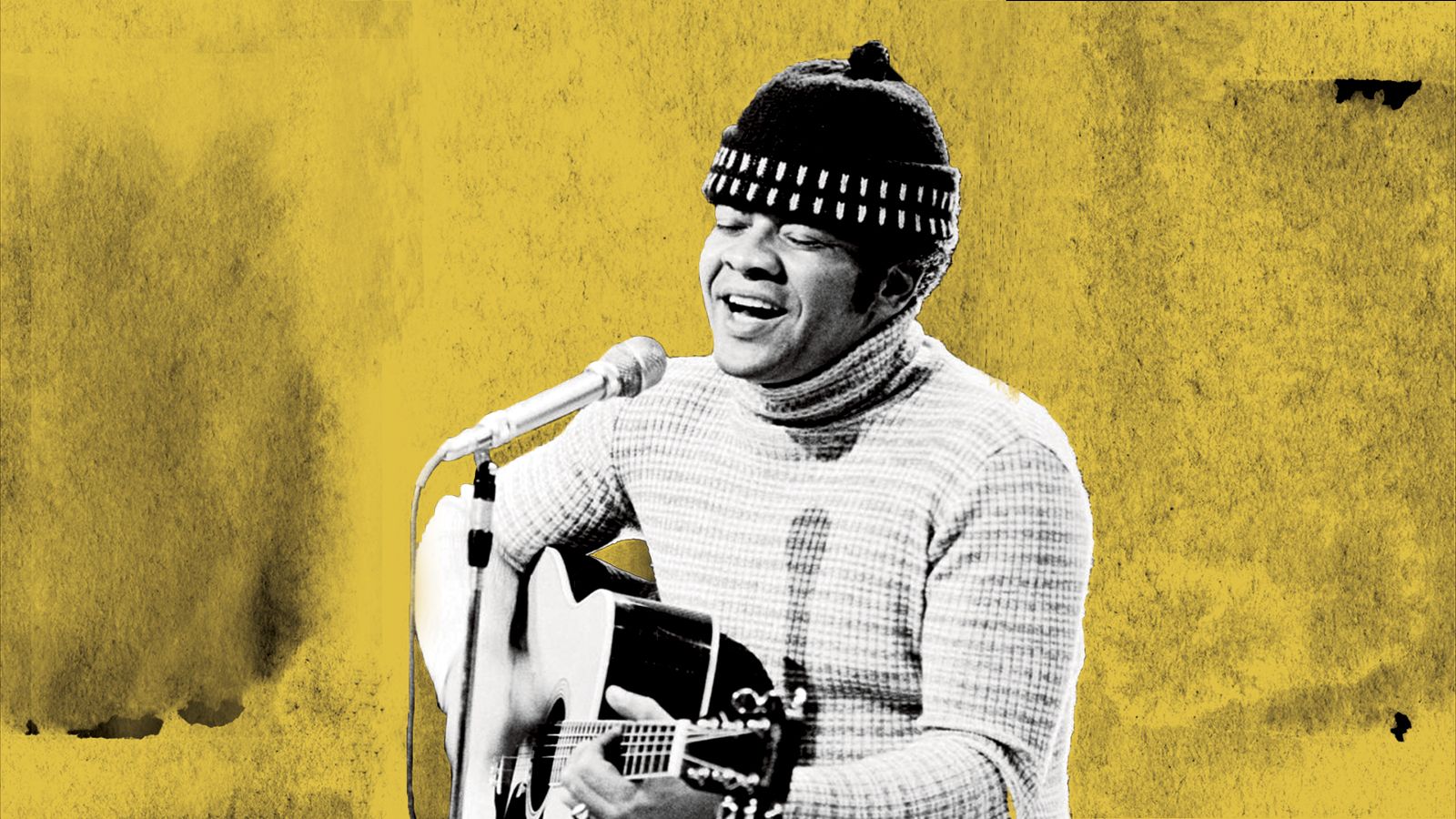 Bill Withers left behind a handful of mellow-soul hits — “Ain’t No Sunshine,” “Lean on Me,” “Lovely Day” — that fit any mood like a turtleneck and wore into the creases of oldies radio stations. Yet who knew they’d be so versatile as to be coverable by (respectively) a heavy metal band, a Christian rap trio, and a crossover jazz pianist?

“What few songs I wrote during my brief career, there ain’t a genre that somebody didn’t record them in,” Withers marveled to Rolling Stone in 2015. “I’m not a virtuoso, but I was able to write songs that people could identify with.” This relatability gave his songs nearly Chuck-Berry-level durability — you can bend them in any direction without breaking them.

Withers passed away from heart complications at 81 on Monday (March 30) and his death was announced today (April 3), but his music maintains the mystical ability to lower your blood pressure and induce a smile. After you spin his studio albums in tribute, try these wildly diverse Withers covers on for size.

The post-bop flautist who invented Jethro Tull went on to plumb soul music on Blacknuss, which features material recorded by Marvin Gaye, the Temptations, and the Jackson 5. It all kicks off with a version of “Ain’t No Sunshine” in which Kirk wrings that song’s mellow blues into chest-beating desperation. He may sob and whimper through his flute, but the unmoved orchestral backing breaks the unfortunate news: she’s gone.

After playing chess with death on his grim, experimental first four proper solo albums (all called Scott with a number), Walker backslid in the early 1970s with a run of middling covers-filled albums. Not to say Any Day Now doesn’t have its charm — between songs by Burt Bacharach, Jimmy Webb, and Randy Newman, his do-I-really-have-to-sing-this stiffness on “Sunshine” is a hilarious counterweight to Kirk’s catharsis.

Just before their double-platinum 1995 breakout, Jesus Freak, DC Talk began to corner the Christian music market with Free at Last. Two covers were included for their scripturality: the traditional “Jesus is Just Alright” and Withers’ ubiquitous “Lean on Me,” recast with (presumably) Christ singing it in first-person. Given the song’s gospel tint, the “Footprints” poem popular in youth ministries is as understandable a lens as any.

Meshell Ndegeocello, “Who Is He and What Is He To You” (Peace Beyond Passion, 1996)

The bassist-rapper’s best album, Peace Beyond Passion, features a cover of Withers’ and Stan McKenny’s “Who Is He And What Is He To You,” an accusatory song about a cheating partner. “I’ve gotten a gazillion things in the mail and that’s the only one I’ve ever done something with,” he said of McKenny’s lyrics, “Because I could see it. If I don’t see it, it doesn’t occur to me, so I don’t attempt to say it.” “Who is He” fits Ndgeocello’s funk-soul-R&B amalgam like a glove, and — perhaps in a nod to her out bisexuality — she left the genders in the lyrics unswitched, thereby avoiding song interpreters’ most grievous rookie move.

Despite peaking at No. 2 on the Billboard Hot 100, “Use Me” is less known than Withers’ other signature songs. For one thing, it’s no “Sexual Healing” as romantic soul hits go — rather, it’s about being warned by your friends and family that your partner is no good. While Fiona Apple never officially recorded “Use Me,” she performed it live during a string of 1997 shows, showing how Withers’ song fit her purview of shattered relationships.

“Bill Withers recorded this song at the end of the Vietnam War,” John Legend announces at the top of “I Can’t Write Left Handed.” “As I record this now, America — the land of peace and prosperity — is in the middle of two wars.” Thereby, the “All of Me” singer and the Philly hip-hop giants apply this Withers song — about a veteran who lost a limb — to the ongoing quagmires in the Middle East. Because Wither wrote with keen detail instead of blaring his message through a bullhorn, this slice of 1960s social commentary endures.

The Zakk Wylde-led metal agitators turned down the volume for Unblackened, a live acoustic album stemming from a one-night-only gig at Club Nokia in Los Angeles. The bonus tracks include similarly stripped-down studio recordings, including a guttural version of “Ain’t No Sunshine” with orchestral backing. Props to Wylde for not torturing Withers’ hit into headbanging riffage, but for playing it straight and reverent.

A genre-blurring pianist and producer with one foot in rap and the other in jazz, Robert Glasper makes albums that feel more like buzzed hangouts than studio creations. The deluxe edition of Black Radio 2, which was recorded with his Robert Glasper Experiment band, ends with a stony, vocoder-led version of “Lovely Day” that barely resembles the ebullient original. But as always, Withers’ tune was sturdy enough to lean on.