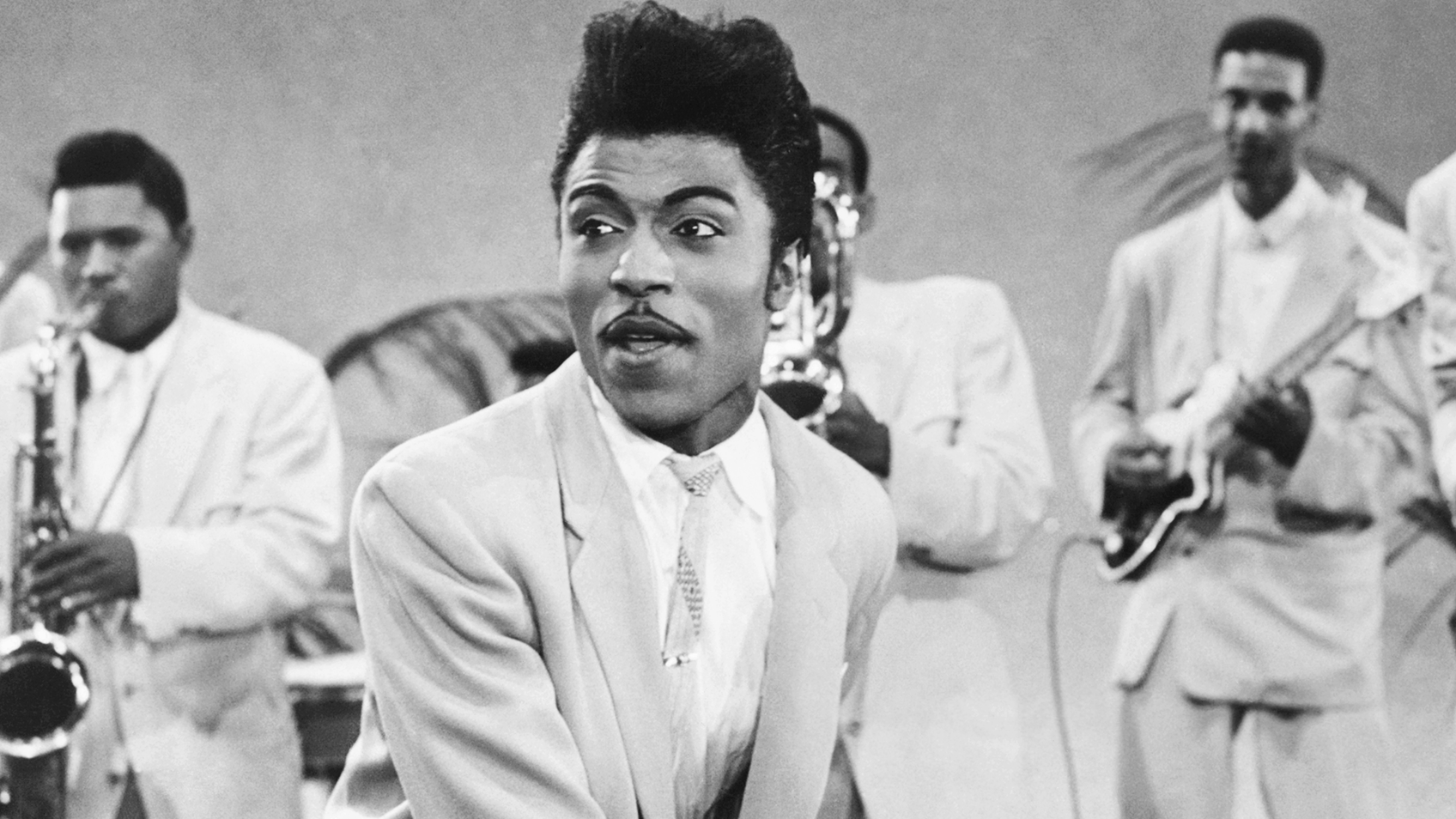 Little Richard was a cornerstone of rock and roll. He represented everything the music was about when it was first unleashed upon an unsuspecting public in the straightjacketed 1950s — rebellion, flamboyance, release, abandon.

He was a dangerous man, an African American in makeup and sequins who was beloved and idolized by white and black kids alike. He jackhammered his piano like salvation itself was on the line and that’s because it was; a gay black man in 1950s America had few opportunities but suddenly rock and roll was one of them, and Richard Penniman wasn’t about to let it slip away.

Little Richard was, as he loved to say, an architect of rock and roll — the Originator — and no one with half a brain would dare disagree. He died May 9 in Nashville, TN at age 87 from bone cancer.

His influence can’t be overestimated, and the artists he helped to shape directly and profoundly included The Beatles, Elvis Presley, Bob Dylan, The Rolling Stones, Otis Redding, Jimi Hendrix, and James Brown. This isn’t exaggeration. Every one of those people and bands have specifically cited Penniman as their guiding light. Think about that for a minute.

When Little Richard sat down at the piano and pounded out the opening chords of “Long Tall Sally,” his voice rising into an ecstatic falsetto, it was the sound of carnality but also of the church.

His entire life was a see-saw battle between rock and roll and God — he gave up secular singing at the height of his powers in the late 1950s and vacillated between evangelism and “Tutti Frutti” for the vast majority of his career. There was an angel and devil dancing side by side on his piano as he charged into “The Girl Can’t Help It,” “Lucille,” “Rip It Up,” “Good Golly, Miss Molly,” “Ready Teddy” and “Jenny Jenny” — or any of the songs that became the DNA of a sound that would change the world socially, politically and artistically.

Little Richard’s relevance as a recording artist ended nearly 50 years ago but he remained a star until his death. What he achieved in the incendiary first few years of his hit-making career was never diminished by time and that music still explodes with a visceral power.

Born in Macon, GA in 1932, Penniman learned the duality of the world from an early age. His father was a church deacon who wouldn’t allow his family to listen to rhythm and blues, but he was also a nightclub owner and whiskey bootlegger. Penniman liked girls but boys were fine, too, maybe even better (although he renounced his homosexuality in the 1980s, giving the credit to God).

He initially aspired to become a gospel singer but before graduating high school he joined a traveling vaudeville show in which he sang secular music and often performed in drag. From there he moved into R&B full-time, picking up his sense of style — the clothes, make-up, hair, mustache — from Billy Wright, an openly gay singer known as the Prince of the Blues.

By then known as Little Richard, Penniman became an extremely popular performer throughout the south. He released blues and R&B singles as early as 1951 for RCA Victor but it wasn’t until signing with Specialty Records in 1955 that Little Richard finally found a stage big enough to hold him. His first Specialty single was “Tutti Frutti,” which went to No. 2 on the R&B charts and No. 21 on the pop charts. For the following three years there was rarely a moment when Little Richard wasn’t on the charts, or in a movie, or causing near riots at shows where he encouraged blacks and whites to dance together. His first album, “Here’s Little Richard,” is such a crucial record that any music collection without it really isn’t much of a collection.

Penniman returned to gospel music in 1957 even as his Specialty recordings were still charting, and after several years of studying theology and touring with a gospel band he recorded 1961’s “The King of Gospel Singers” (hilariously, his penchant for self-aggrandizement was in no way impacted by once again becoming a disciple of God).

Little Richard Accompanied By The Quincy Jones Orchestra* With The Howard Roberts Chorale ‎– The King Of The Gospel Singers: Little Richard (1961)

Little Richard returned to rock and roll in 1962 but his success was relegated to touring instead of recording. He remained a sensational live performer and even though the music he had helped to invent had gone through radical changes by the late 1960s, his festival appearances left audiences dazed.

Little Richard made his last serious attempt at a recording career in 1970-‘72 with a trio of albums for Reprise Records, The Rill Thing, King of Rock and Roll and The Second Coming. All have their charms — his unhinged vocal on “Brown Sugar” from “King of Rock and Roll” is really something — but “The Rill Thing” is especially good and finds Little Richard expertly navigating his legacy in a contemporary setting.

For the last 40 years of his life, Little Richard was primarily the world’s guest. He appeared on television shows, spread the word of God, married a host of people, continued to tour until a decade ago, and made a couple more mediocre records. He would also occasionally be called upon to speak at the funeral services of his contemporaries.

When Wilson Pickett died in 2006, his funeral was in Louisville, KY at Canaan Christian Church. Little Richard arrived in sequined cowboy boots carrying a stack of religious pamphlets and autographed photos of himself. He was subdued when speaking with fans before the ceremony, respectful, but his scheduled one-minute tribute from the podium became a 10-minute church service filled with jokes and, naturally, a few shout-outs to himself.

“Wilson was an innovator and an emancipator,” he preached at one point, his voice rising and falling in that distinctive, celebratory howl. “He paved the way for all of these young musicians today.”

The same holds true for Little Richard, whose contributions to music and popular culture can’t be overstated. Without him, can we say with any certainty that rock and roll would exist as we know it? If the eternal debate is Beatles v. Stones, and both the Beatles and the Stones give Little Richard credit as their primary inspiration, then where does that leave us? In awe, that’s where, and saddened by his passing, but also grateful to have lived in a world where Little Richard taught us with a euphoric, rapturous “WOOOOO!” that the power of rock and roll is real.