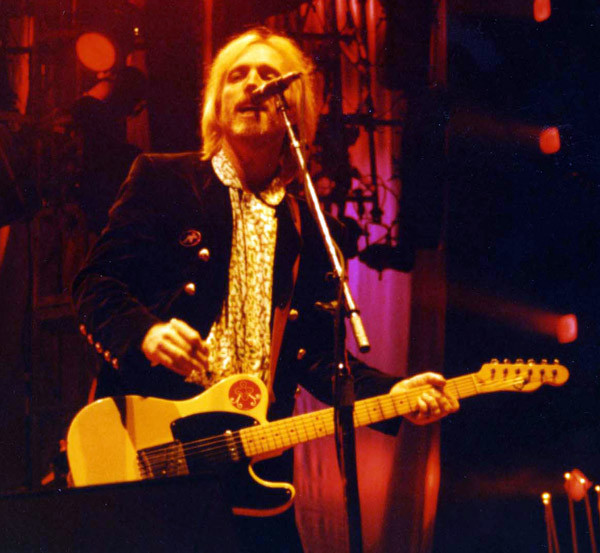 Unfortunately, the world has lost yet another legendary artist. The news that Tom Petty passed away after suffering a heart attack yesterday came as a total shock. With more tour dates announced recently, it was clear that he had so much more to give. Some of us are lucky to have attended his memorable live shows, some of us have eagerly kept track of his newsletters for years hoping to see a nearby show pop up on there. For now, we just have to accept the unacceptable and cherish his legacy: an incredible selection of timeless classics. We want to share our favorites with you below and hope you’ll let us know about yours. Tough to pick but I’ll rely on nostalgia to bring me home. I was in middle school and just becoming “conscious” of music I chose, “Wildflowers” was my first experience of Tom Petty. From there I went back to listen to his older stuff and now I’m just really upset I never saw him live. Thanks for being a common thread that bound me with some of my best friends; you’re a fucking legend, RIP Tom.

Picking just one album, let alone one track, out of Petty’s canon is damned near impossible. “Wildflowers” came out when I was in high school, and a friend gave me a copy in the midst of my grunge phase. Petty was my not-so-guilty music secret – I started grabbing up used copies every time I hit up the record store, and put them on repeat for hours. As I’ve morphed through my teenage angst, through my twenties and now nearly all the way through my thirties, I find myself going back to “Crawling Back to You” time and time again, just for the line “I’m so tired of being tired / sure as night will follow day / most things I worry about / never happen anyway,” which could well stand as the theme song for adulthood. Earlier this year, I was driving back down from a few days up in the central Cascades and decided to put “Wildflowers” on in my truck, and found myself falling in love with the album all over again. What a legacy.

“Southern Accents” gave us one of the most visually captivating music videos of all time – “Don’t Come Around Here No More”. I’ll never forget his trippy take on the Alice in Wonderland theme as Alice turns into a cake and Tom and friends proceed to feast. At that point I was completely taken by his creativity and energetic spirit. I feel so fortunate to have seen him perform live. A true visionary and stand-up guy. RIP, Tom. You mean so much to all of us. 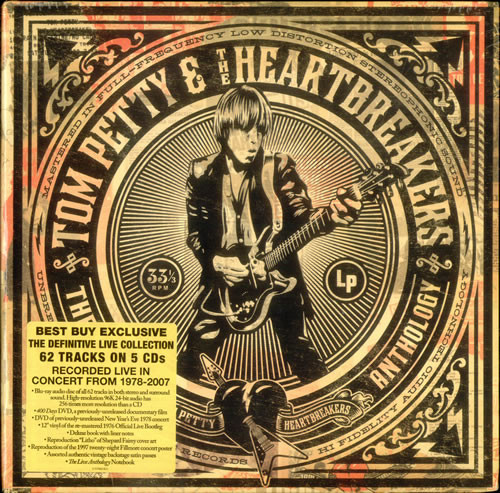 Always loved catching his live shows. Come for the hits, stay for the covers. “Gloria”, “Mystic Eyes”, “I’m A Man” all were rippers. This one has got you covered, at 7 LPs in length you should have enough to celebrate a legend proper. 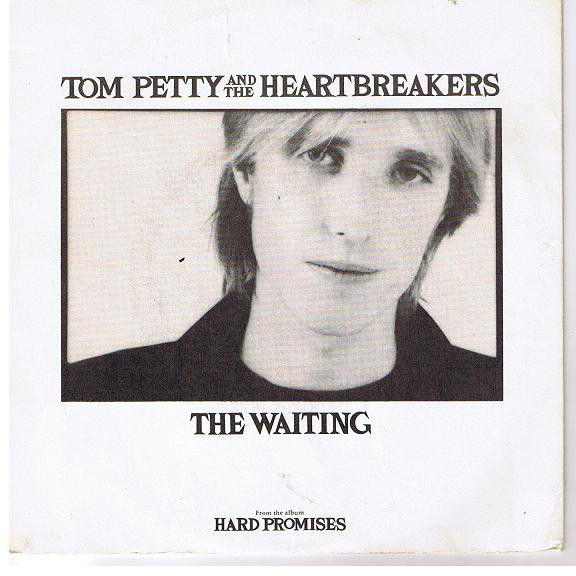 Tom Petty And The Heartbreakers ‎– The Waiting

If I’m talking favorite song, it’s “You Don’t Know How it Feels“, but my best memory is courtesy of “The Waiting”. Every night in the last month or so leading up to my first kid’s birth, that song would pop in my head and I’d just let the chorus play on a loop until I fell asleep. 5 years later, I’m well past waiting and the march of time remains undefeated. R.I.P Tom. 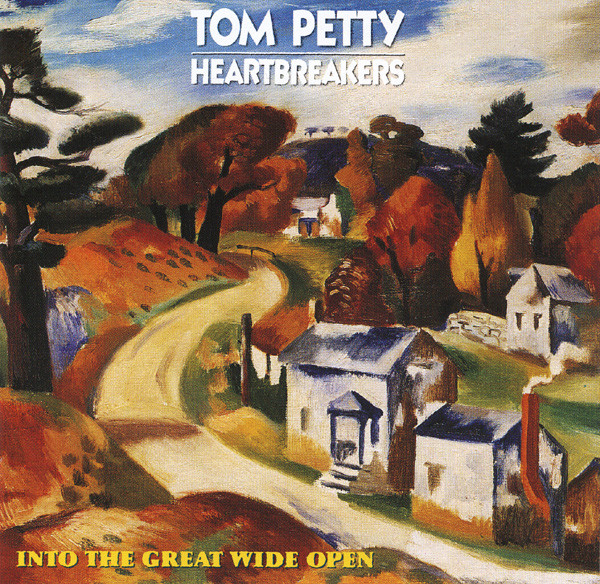 Tom Petty And The Heartbreakers ‎– Into The Great Wide Open

“I don’t think I had much specific appreciation for Tom Petty until I was a senior in high school. Until then, as far as I was concerned he was just this “”rocker guy”” who had kind of always been around.

However, if you were an “”artsy”” high school kid in the early 90s MTV generation, I think it was nearly impossible to escape Petty. His “”Into the Great Wide Open”” album seemed to be tailor-made for kids like me, heading out into the world to make our mark or find our freedom. This was a time when artsy high school kids still worshiped the Beatles and the psych-folk-rock sound of the 1960s, so Petty’s LP was perfect for that crowd, MY CROWD.

Since I didn’t actively listen to Petty beyond my late teens, I will always associate him with a very specific period in my life, when possibilities seemed endless, and I was rarin’ to help make the world a better place for everyone. Innocence and aspiration.

However, as an adult, I prefer early Petty. “”Stop Draggin’ My Heart Around”” . Timeless” 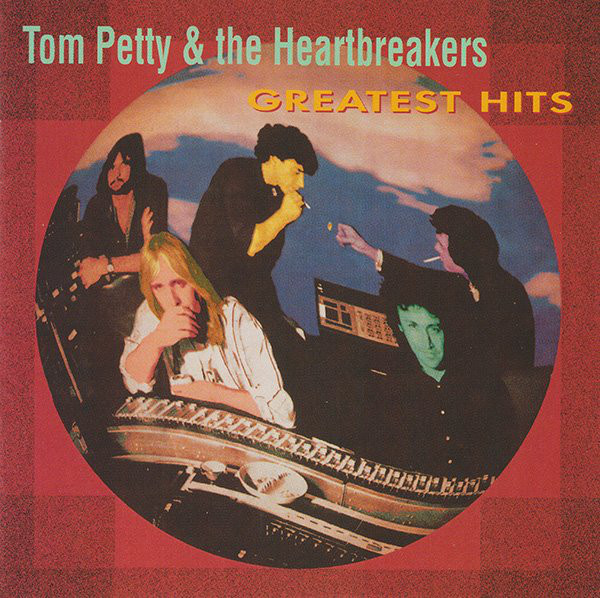 Shannon and I are from the same generation, I didn’t really get into Tom’s music until high school, too. My sister had purchased the Greatest Hits CD that I believe came out when “Learning To Fly” and “Into The Great Wide Open” were hits in The Netherlands. Every night when we had to do our daily chore of washing the dishes, we would play this CD, singing along to every song. Sometimes with my brother, sometimes with my sister. As a result, Tom Petty has a special place in our family. So I know picking a Greatest Hits album is an easy choice but that’s the reason why. His voice, creativity and sense of humour were unique. Never got to see him and the wonderful Heartbreakers live unfortunately. I missed their 2012 show in The Netherlands and was hoping they would come back in the years after that, but that never happened. Picking a favorite song is impossible. I have memories attached to so many of them! But if I have to select a few that stand out for me personally I’d say “Too Good To Be True“, “A Face In The Crowd” (not on this CD), “Don’t Come Around Here No More” (for the same reasons Bailey picked it) and “Breakdown”. Charles Bradley last week, now Tom, I still can’t believe it’s true.

Stevie Nicks performed in Louisville just two weeks ago and she thanked Tom Petty from the stage for writing and giving her one of the greatest songs ever written. In hindsight, it was a touching moment. Even though he wasn’t there, I still kind of heard Tom’s voice singing all of his parts… and always will.

Tom Petty was a true artist who will be greatly missed. What’s your favorite Tom Petty album?