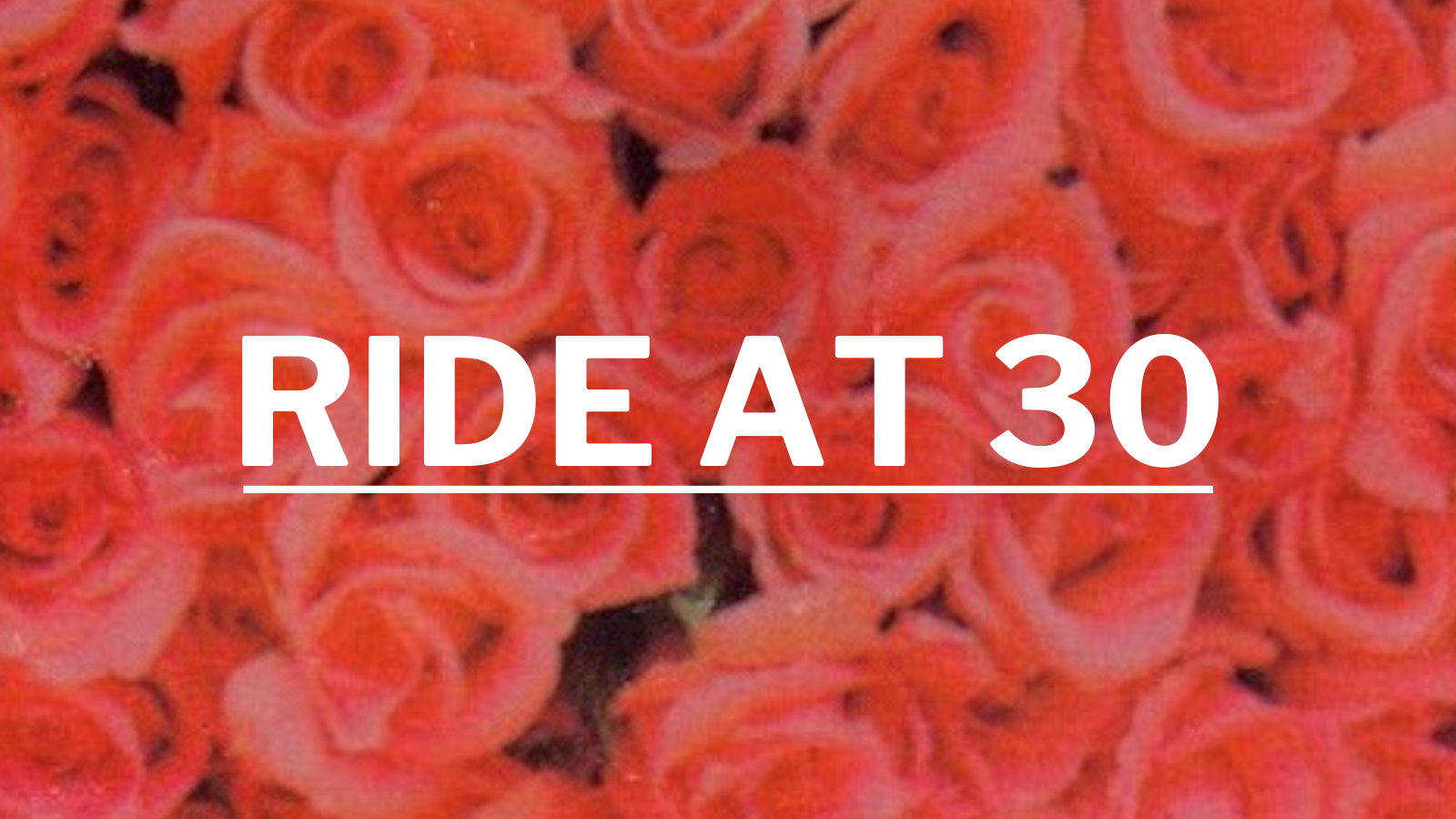 English shoegazers Ride wrote their first great song by misremembering a Smiths classic. During their first garage rehearsal in 1989, the band attempted to cover “How Soon is Now?” and ended up — in guitarist Andy Bell’s words — “failing.” “That was put on tape and taken away,” he told Sonic Cathedral in 2020, but not for good.

Later, in the back of his parents’ car at night with his Walkman on, Bell wrote some haunting lyrics:

Then, on the page, the crepuscular scene took a turn:

“Feeling the ground through the pedals on the floor / Feeling death pounding at the door.”

“I was writing about the road, the lights, what I could see,” Bell tells Discogs. “Then as the song progressed I needed a reason for that, so it half accidentally became the idea of a romantic suicide pact, that you would close your eyes and drive the car off a cliff or something.”

When set to the botched Smiths jam, the result was one of Ride’s first songs, “Drive Blind,” the demo of which is found on Ride, their debut 1990 EP for Creation Records that turned 30 on January 15. That song and its three other tracks, “Chelsea Girl,” “All I Can See,” and “Close My Eyes,” were recorded at Union Studios in Oxford, England. Ultimately landing on the compilation Smile later that year.

Ride may be less familiar than the band’s debut LP that year, Nowhere, which is seen as a landmark of shoegaze, but it laid the blueprints for that dreamy, torrential album and, arguably, an entire musical subgenre.

“I feel proud that we are often cited as helping start the movement,” bassist Steve Queralt tells Discogs. “It’s a badge of honor.”

Read on for an oral history of Ride, courtesy of Andy Bell and Steve Queralt, and how everything from the Beatles’ Revolver to rave music set the stage for shoegaze’s forefathers.

Andy Bell: I never learned music theory, so I taught myself to play guitar playing along to [Beatles] records alongside the Smiths, the Cure, etc.

Steve Queralt: I remember seeing fellow ‘Thames Valley’ band Chapterhouse play a cover of the Beatles’ song ‘Rain’ and being completely blown away by it.

Bell: We played [The Beatles’] ‘Tomorrow Never Knows’ at pretty much all of our early gigs in ’89. (Sonic Cathedral)

Queralt: I’m not saying we nicked the idea of a Beatles cover from them, but it made the idea okay to me.

Bell: It was the flipside of [the] euphoria [of] the rave scene that was kicking off at the time. I was working in a French restaurant and all the chefs were perm-headed ravers. I quite liked clubbing, but I never wanted to dance. I just wanted to get close to the PA so I could stick my head in it. I was into the loudness. (Sonic Cathedral)

Queralt: We were music magpies when we set out, stealing sounds, approaches and sometimes whole songs from other bands.

On Their Musical And Lyrical Approach

Bell: I started writing lyrics for ‘Drive Blind’ while a passenger in the back of a car. I was writing about the road, the lights, what I could see.

Queralt: [Music critics later said] we apparently had nothing to say about the world, instead choosing to hide behind the noise and hair.

Bell: Then, as the song progressed I needed a reason for that, so it half-accidentally became the idea of a romantic suicide pact, that you would close your eyes and drive the car off a cliff or something. That’s not something I’ve ever tried, obviously, or something I would recommend! But that was what the lyrics became.

Queralt: The engineer of our first-ever recording session couldn’t understand this at all, but we were determined and we knew exactly what sound we wanted from the outset.

Bell: Our vocals weren’t that strong. That was why we double-tracked them and used loads of harmonies.

Queralt: It was the fashion [at the time].

Bell: In April, we chose our three best songs at the time (‘Chelsea Girl,’ ‘I’m Fine Thanks’ and ‘Drive Blind’) and went to Union Studios in Oxford and tried to do them justice. (Sonic Cathedral)

Queralt: That first session led to the Ride EP, so in some respects, we’re right to insist on what we thought was the correct approach.

On The Cover Art For Ride

Queralt: My memory is hazy, but I think I’m right in saying that we found the [cover image for Ride EP] while on a trip to Amsterdam. The roses fit the anonymous nature of the band at the time.

We were insistent that there was no lead member and that we wanted the music to be the most important aspect of the band. An awful cliché when you look back, but it was important to us at the time.

We stretched this concept further by listing the song titles in a circle to hopefully give the impression that there was no lead track and that all four songs were also given equal billing. Besides, back then, the idea of putting ourselves on the cover filled us with horror. We also were massive fans of Vaughn Oliver, who sadly died recently and was responsible for almost all the artwork on the 4AD label. We loved the covers he was creating and wanted to emulate the idea that the releases could be beautiful artifacts in themselves.

We continued along the same vein for the first three EPs and carried it through with [the] album artwork for Nowhere as well.

Bell: Steve [is] the only one of us who didn’t go to art school! (Sonic Cathedral)

On Their Influence On Modern Shoegaze

Queralt: Shoegaze seems to be used to describe a broad style of music these days, which can only be a good thing in my view.

Bell: I have no issues with the term ‘shoegaze’! Although I think only about a quarter of what we do fits that term. (Something You Said)

Queralt: I love that the term was originally coined in an attempt to kill off bands like us, Slowdive and My Bloody Valentine.

Bell: Shoegaze, at this point, has boiled down to a few cool ideas for how to write, record, mix and perform music.

Queralt: Now it’s a badge of honor and there appears to be a newfound respect for the term and genre in general.

Bell: There were huge amounts of stuff we didn’t know about the music business, but I wouldn’t change anything about that initial time.

Queralt: Having said that, a haircut and better fashion sense might make looking at old photos a little easier.

Discover More About Ride Via The Discogs Database