‘Tis the season — and no, we’re not talking about the holidays. As 2020 comes to a close, everyone will be declaring the best albums, artists, and music moments of the year. Our friends at Rough Trade, the crew of independent record shops with storefronts in the United States and the UK, have shared their favorite albums of 2020.

Rough Trade chose these records based on two factors: 1) which titles their customers have been asking for the most and 2) which of those have inspired buzz among customers, critics , and staff like.

We’re viewing Rough Trade’s top 10 through the Discogs lens. Our data illustrates which of these hot new albums can be found in the most Collections of Discogs users and which ones are high on folks’ Wantlists. The breakdown will be very similar to our exploration of Rolling Stone‘s best-ever albums list earlier in 2020.

Rough Trade offers some of the releases in exclusive vinyl colors or variations. While you can find all of the albums on Discogs, we’ve highlighted our favorite Rough Trade exclusives below, which also happen to be the shop’s picks for the five favorite records. 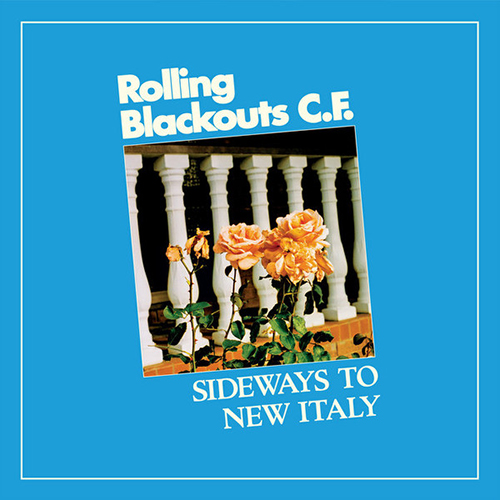 This album is pretty popular among Discogs users’ Collections, second only to Phoebe Bridgers’ new release (more on that at the No. 2 spot below). In fact, we saw a spike in collections back in June when it was first released. This is the Australian rock band’s second full-length on Sub Pop. In a nutshell: upbeat.

Porridge Radio is a rock group from England helmed by Dana Margolin, who also performs solo under the Porridge Radio name. Every Bad is a little grander than the band’s previous records, but still distinct. In a nutshell: moody, which is perfect for 2020.

The aptly named (self-titled?) debut LP from English five-piece bdrmm is best summed up by the phrase “modern shoegaze,” which you will read in pretty much every review of the release. Fans of the style will certainly dig their updated-yet-still-1990s-ish sound. In a word: droney, but in a great way.

If you took a moment while reading this list to listen to bdrmm, pause, because Pigs (times seven), another bands from England, offer the exact opposite vibe. Think psychedelic rock but with harder riffs and more screaming and an obvious throwback to the classics. In a nutshell: visceral (I mean, come on, it’s in the name).

Dream Wife, the all-female trio formed in England, got a lot of attention with their debut two years ago. If you haven’t heard of them, it’s definitely worth diving into their backstory; the short version is that a performance art project developed into a full-fledged band. Their second album is even more powerful, punky, and fun. In a nutshell: awesome.

We were drooling over this new drop from Jarvis Cocker of Pulp fame over the summer (just check our complete Jarvis guide for proof). As our writer put it so perfectly: “If you are looking for a record bringing together the best of Cocker’s ability to do four to the floor fillers with barbed observations of society — as well as himself — Beyond the Pale is an essential album.”

4. Laura Marling – Song for Our Daughter

Song for Our Daughter will hit you right in the gut. Singer-songwriter Laura Marling speaks to her imaginary child, imparting several lessons and observations that Marling wishes she knew when she was younger. It’s about “an enduring quest to understand what it is to be a woman in this society,” she wrote on social media.

Rough Trade exclusive: Song for Our Daughter was repressed on silver vinyl. You can also find a 10-inch titled Lockdown Sessions with acoustic versions and demos.

Rina Sawayama’s second self-titled (her first was Rina) has a high want-to-have ratio, meaning it’s in demand on Discogs. In a nutshell: pop, but that would do Rina Sawayama injustice because her style is a blend of different genres.

Rough Trade exclusive: Sawayama was repressed on green-and-clear vinyl. You can also find a 12-inch remix version in the same colorway.

This is, by far, Discogs users’ most-wanted and most-collected album on Rough Trade’s top 10 list. Not only that, but the vinyl version is also one of the top-selling items on our Marketplace. Phoebe Bridgers’ second full-length has received critical acclaim since it’s release. We will not be surprised to see Punisher on many more best-of-the-year lists before 2020 is up. In a nutshell: reflective.

Rough Trade exclusive: Punisher was repressed on a green-and-black vinyl. You can also find Copycat Killer, a 12-inch with four songs re-recorded with orchestra.

We’ve already declared our love for this album, so we’re excited to see that the folks at Rough Trade love it, too. The summer release first popped up as one of Discogs’ most heavily-collected new Funk and Soul albums in September. It’s a lovely, groovy, must-listen. In a nutshell: timely and timeless.

Rough Trade exclusive: Three Sault albums, including 5, 7, and Untitled (Black Is), have been pressed on blue vinyl.