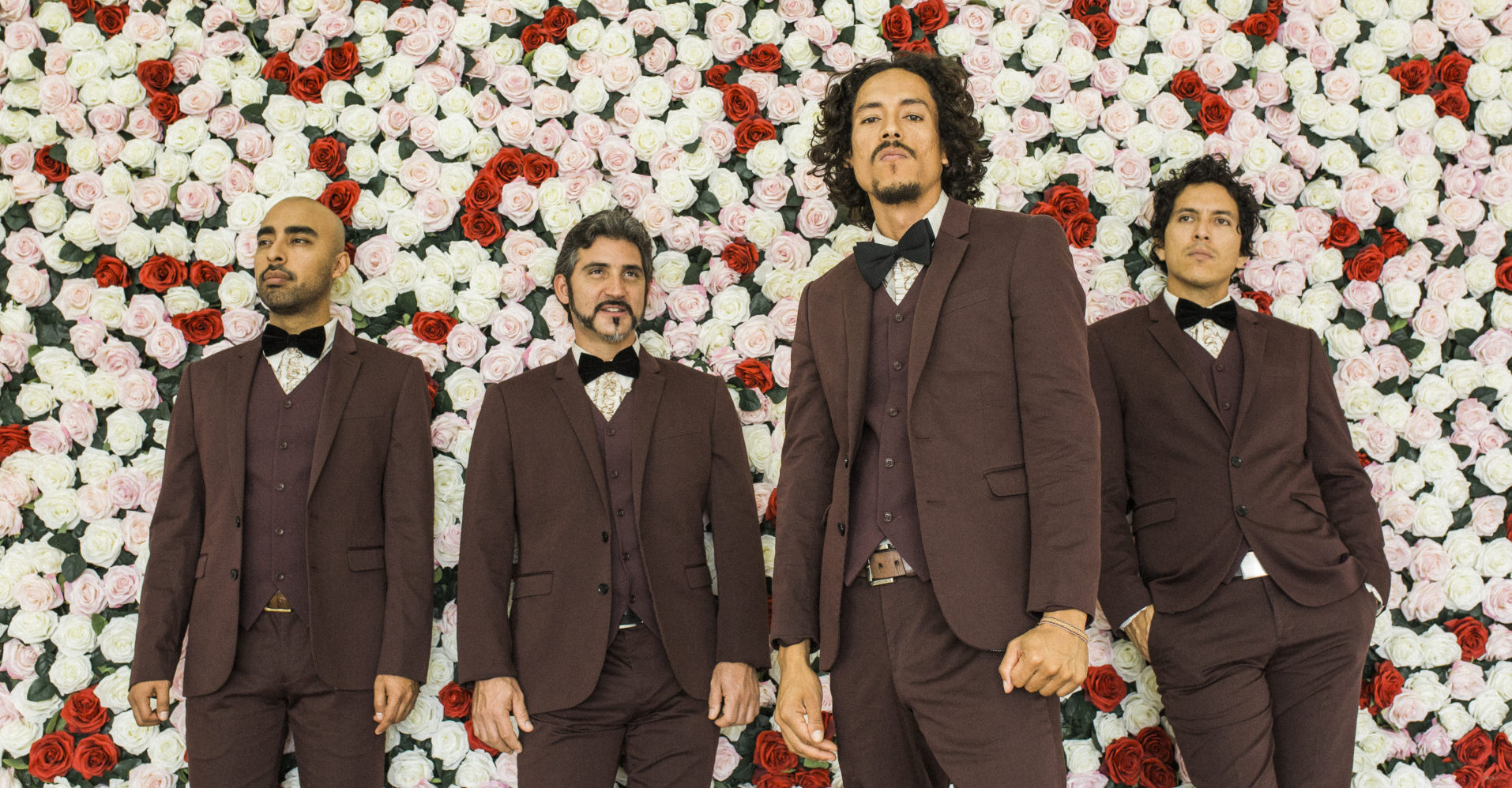 We’re reaching out to some of our favorite bands and DJs and asking them to share with our readers some of their most loved releases for our new series, Selection Section. This time we called on LA band, Chicano Batman.

With their catchy blend of Brazilian Tropicalía, early 70s psychedelic soul and romantic pop, Chicano Batman have been winning the attention and hearts of fans of critics and fans alike since forming in 2008. The LA quartet stand out as much for their 70s groove tunes as their distinctive throwback look, performing in matching suits and ruffled shirts. Their third album and ATO Records debut, Freedom Is Free was released on March 3 and as already been met with acclaim from Noisey, NPR Music and LA Weekly. Have a listen to the album for yourself and find out what everyone’s raving about.

With a new album out and tour ahead, we’re super psyched that Chicano Batman guitarist, Carlos Arévalo took the time to tell us about some of his favorite records.

When asked to create a list of 10 records and organize them under a theme to share with the Discogs community, I was stumped. So much beautiful and inspiring music comes to mind; should I write about my favorite African-Psych re-issue records, 70s South American soul ballads, 50s and 60s blues guitar instrumentals, modal jazz, etc? While contemplating, I realized much of that music I began to enjoy in my 20s could be deemed esoteric. Well, today I’m at a point in my life where I want to connect with people over art that has a less-is-more configuration. So, I’ve decided to keep it simple and pick some songs with universal themes that make me nostalgic for more innocent times. Times that remind of what it was like growing up latino in the suburbs of Los Angeles during the 90s. The music I speak of is the old school R&B, Soul, and Rock ‘n’ Roll music I heard played by LA radio legend Art Laboe.

Every Sunday afternoon in Southern California for as long as most can remember, Art Laboe (now in his 90s) played songs he coined “Oldies But Goodies”. His program primarily consists of gems from the 50s, 60s, and 70s, as well as occasional 80s funk or slow jam. On his now syndicated show, he allows listeners to call in from all over the Southwest to make requests and dedicate songs to loved ones. It’s unique in that he allows the people to take part in choosing the music and contextualize it for their reality. Such a move could easily lead to some questionable airtime if done by other DJs, but Art knows and trusts his audience, and they trust him too, so the combination of his tastes and theirs has introduced me to some timeless music over the years.

Here are 10 of my favorite records I heard listening to Art Laboe growing up that I feel capture a part of the essence of Southern California latino popular culture:

I first heard this song when I watched the movie “La Bamba” when I was about 6 years old. Director Luis Valdez  placed the song brilliantly in the film and as a result, I was shook. The weeping guitar slide melodies are still to me the most beautiful piece of music ever recorded and a big inspiration on my guitar playing. Before I began collecting music or had money to buy this record, Art Laboe’s show was the only place I could hear this song as kid. Every time it came on, it was a contemplative moment and I was grateful I was tuned in to experience it. 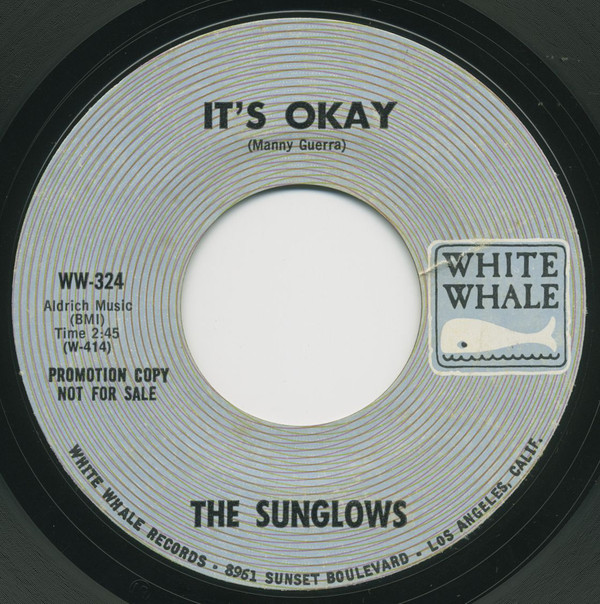 The first time I heard this track I was riding in the car with my dad, stuck in traffic on the 210 Freeway driving east to the Inland Empire from LA. When this oldie came on with its 6/8 groove, with the organ swelling the chords, and those strong guitar hits on the 2 and 4, it lured me right in. The lyrics were poignant, genuine and relatable. Everyone has gone through a breakup where you are on the losing end. You’re hurting, but you tell yourself it will be okay and that the other person is the one really losing in the end. But do you really believe it at the time when those wounds are still fresh, or are you just trying to convince yourself to mask the pain until time passes? This song by the Chicano San Antonio Group, later known as Sunny and The Sunliners, ponders those emotions. This is a song that I had heard several times growing up listening to the show. I never knew the name of the song or the artist but I appreciated it in passing. Later, as an undergraduate student I took a Chicano Studies course called “Latinos and Popular Culture”. The course focused on Latino’s contributions in rock n roll and soul music in the Southwest during the 1950s and 1960s. One of the groups mentioned as pioneers was Thee Midniters, a Chicano rock n soul group from East LA. I checked out their greatest hits album and there it was, the song I had first heard on Art’s show but this time my mind and soul were ready for it. The melancholy guitars, organ swells, and flute adorn this sentimental tune sung in a crooner style by vocalist Willie G. Listen to this during a Sunday evening sunset in the summer and you’ll get a taste of Southern California culture. 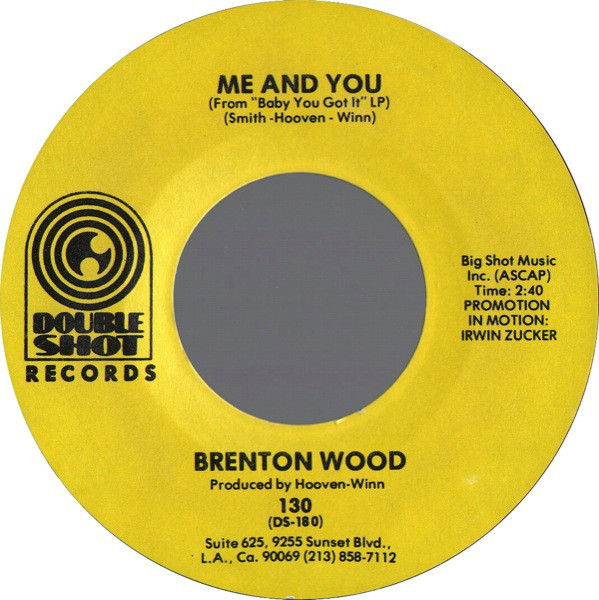 Brenton Wood is a longtime regional favorite here in Los Angeles. He’s an amazing pop songwriter and singer that I feel is up there with other singer-songwriters like Smokey Robinson or Al Green, even though he never really enjoyed their type of widespread acclaim.  When I hear the song with its spoken word verses that lead into his falsetto chorus, I imagine teenagers slow dancing in an auditorium during the 1960s. I was fortunate to see him play this song live about 5 years ago. He’s in his 70s now and still a wonderful singer and performer. 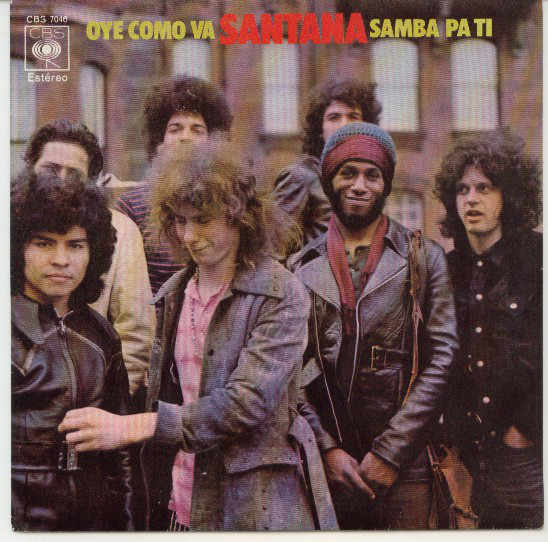 This is definitely some barbeque-at-the-park, weekend music. Although a cover of a 1963 Tito Puente jazz song, this reinterpretation could only be made in California. Where else in the world could you find a rock band in 1970 with black, latino, and white members? My grandma would put this record on in the weekends and sit in my backyard drinking Miller Lite beer. Although I wasn’t introduced to this cut on the radio show,  it would get played with such frequency there that it served as a welcomed reminder of Santana’s unique genre bending place in rock music. 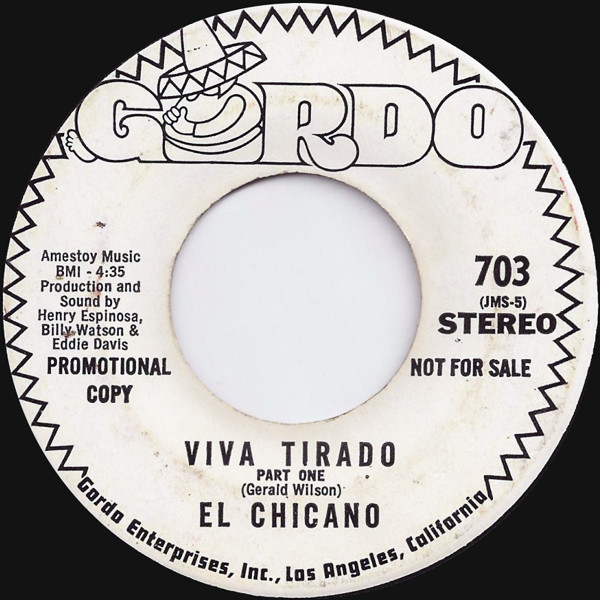 Another fire interpretation of a jazz original. I found this record at a thrift store a few years back after years of hearing it on Art’s show. This song is pure vibe. The sexy slides on the conga drum skin lead into the chord melody stabs of the organ, then you hear the guitar octave slides, into bam! the sustaining organ drop. The organ and guitar solos are perfect too. It’s tough to make an instrumental song that resonates with a general audience but this song does just that by finding all the right notes and rhythms. 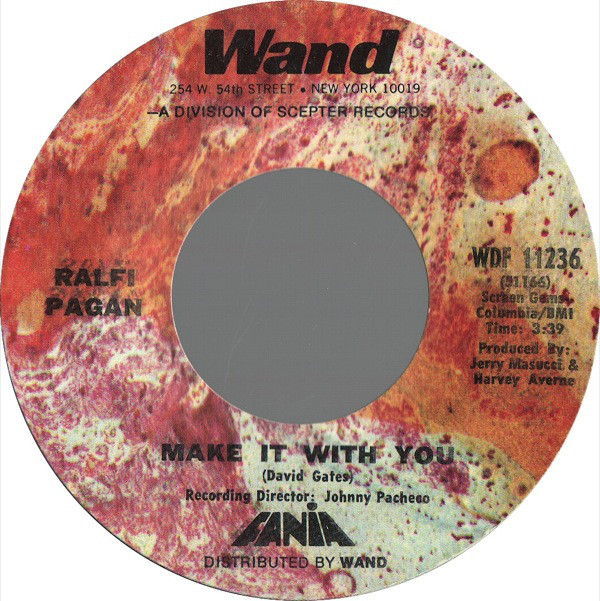 “Make It With You” is the album single from 1971’s LP With Love which I picked up at a record shop while attending college. The label said Fania, and the cover had a picture of a guy looking real slick lying in a field of grass gazing into a woman’s eyes. That’s all I needed to buy the record on the spot.  At the time, I was heavily into Miles Davis’ 68-74 electric period, so it just stayed stored away in my collection until my tastes started moving towards a deeper appreciation of soul music. The original version of this song was recorded by the band Bread. Ralfi’s version with his androgynous singing style is untouchable in comparison. This version is special in that it starts with a minor key fuzz guitar solo played over a strummed guitar chord progression and then somehow effortlessly transitions into a an unforgettable latin soul ballad. 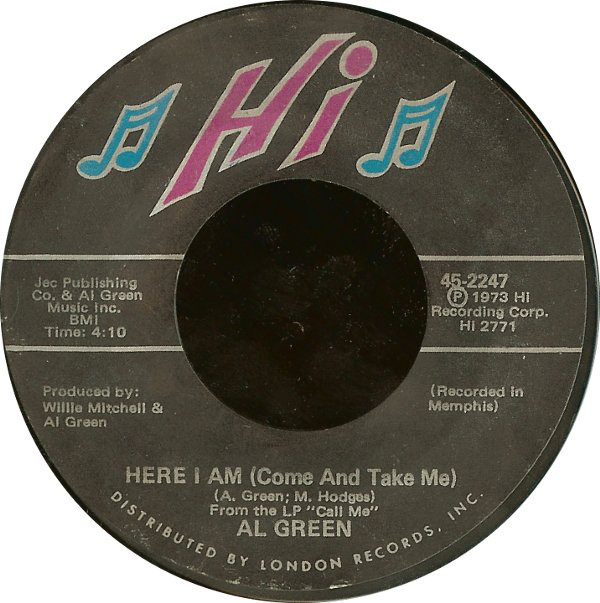 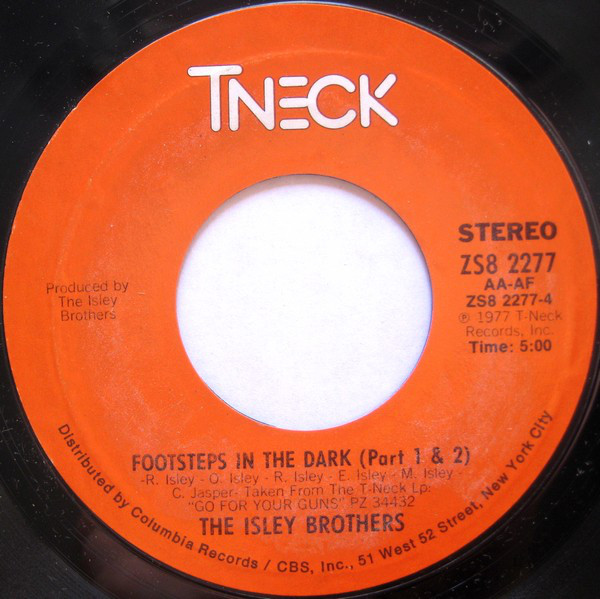 9. The Isley Brothers – Footsteps In the Dark

Hearing this song as kid on the radio, was I how I learned that Ice Cube sampled the track for “It Was A Good Day”. Ernie Isley’s signature swirly modulated guitar tone must have been looming over my subconscious when recording the solo for “Friendship (Is A Small Boat In a Storm)”. The truth is, I initially was going for a Jimi type sound but it ended up sounding more like Ernie according to everyone at the studio. It’s all good, I have a feeling Ernie was trying to channel Jimi too. 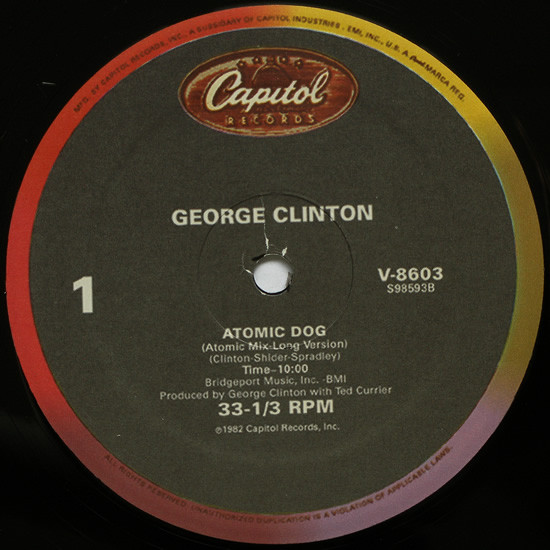 This is a song where I can’t remember specifically when I first heard it because it’s one of those hits that has kind of always just been around. I always enjoyed this song when it was played on the radio and remember as a kid recognizing the song’s melody from Snoop Dogg’s first album single. It was after I started writing songs that my deep appreciation for this song occurred. It came on one day and it just floored me like never before. Its pure genius. It boggled my mind that a human could write such a groundbreaking, weird, and unique smash. Oh and that bridge, forget about it. This song essentially birthed G-Funk. George Clinton’s songwriting and production is on another playing field that I can only hope to touch in my wildest musical dreams.

Get a copy of Chicano Batman‘s new album, Freedom Is Free and be sure to catch them on tour: