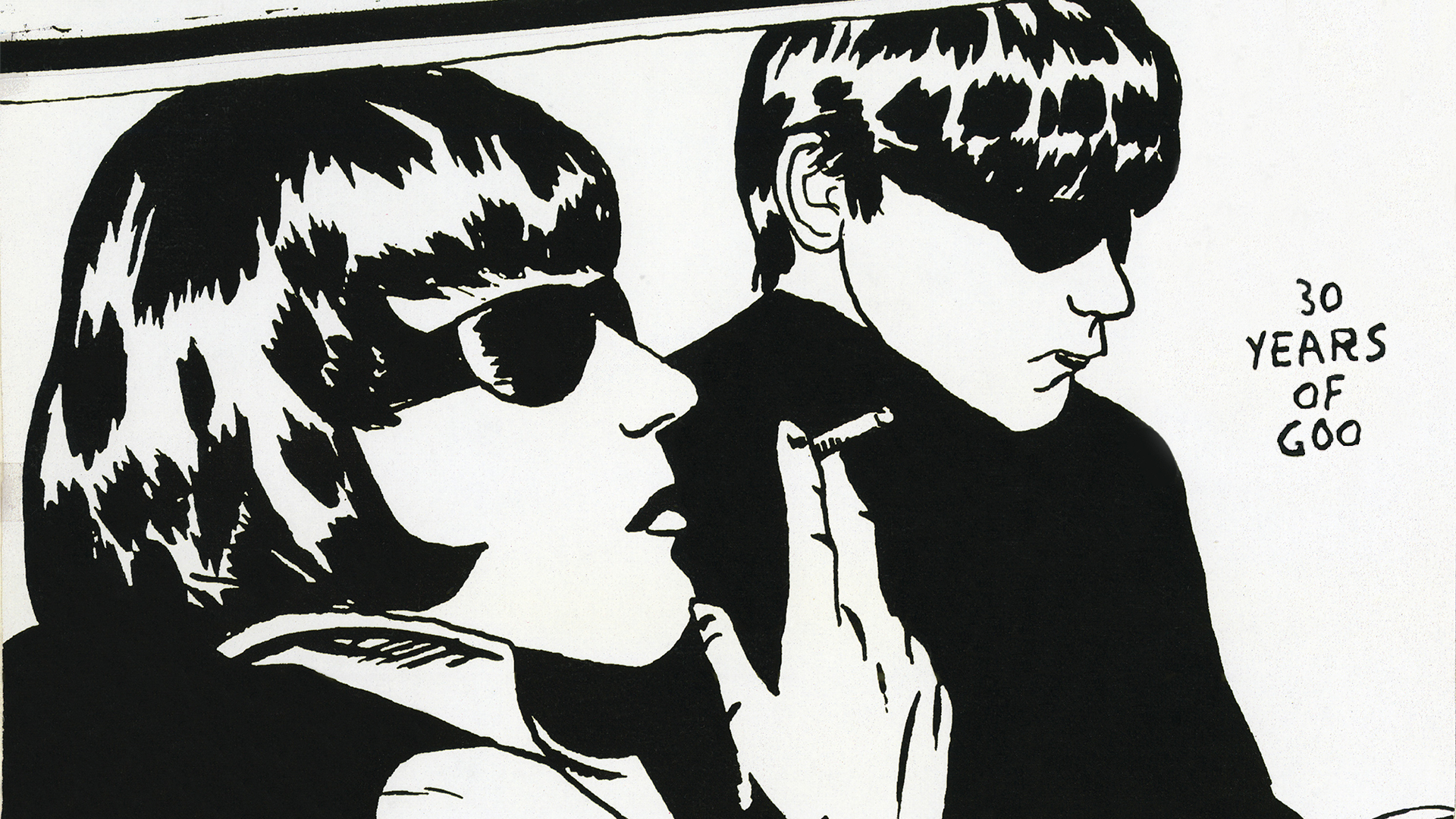 The 1990s were a pretty dark time – not exactly dark in the 2020 sense of global pandemics and international demonstrations, but dark in a literal palette. I think about dirty flannel and gangster rap, about children’s cartoons that preached a healthy distrust of commercialism and radio hits that, rather than run from politics into the arms of emotional self-involvement, loudly proclaimed a feeling of social dissatisfaction.

If the ’80s were a glittering party paid on credit, the ’90s were the Champagne hangover. It was grimy, crunchy, and a bit disenchanted, though the angst always came with a good punch line. As a millennial, I can’t claim to have been part of the moment so much as a consumer, but I will entirely claim my generation’s strong sense of irony on our ’90s upbringing – but where did the ’90s get its despondent groove? For that, we look to a spunky, sarcastic, caustic, and defiantly cool album with a silly name. 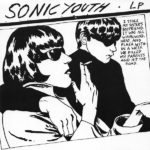 Goo is Sonic Youth’s sixth studio album and its breakthrough commercial success. It may not have topped any charts, but it did open the door for the pervasive grunge and alt-rock movement that came to define the era. It was somehow political and asinine, sexually-charged and detached, hypnotic, and unhinged while hitting a primal sort of pop accessibility. Goo is pretentious and arty with songs inspired by Sylvia Plath poems and Joan Crawford classics, yet it’s somehow grittier and more honest than any stripper-hungry hair metal or grandiose arena rock jam. With Sonic Youth, you just feel cool for being in on it, and we still do 30 years after its release.

By 1990, Sonic Youth had earned a reputation as a fierce noise outfit elevating what guitar music could be and do. The band’s members would doctor their instruments to make weirder sounds, play with feedback loops and frequency screeches, push equipment to the performative limit, and even trash amps in pursuit of the edge. That’s the story behind Goo track “Scooter and Jinx.” The penultimate instrumental is a 1-minute-and-5-seconds-long example of what happens when you turn an amp as high as it’ll go and let it ring itself into destruction. It just kinda happened while recording the deranged onslaught that is “Mildred Pierce,” and the band just had to make it a track.

Sonic Youth was daring as all hell, but they weren’t averse to stardom and like-ability. They wanted to be heard, and they purposefully signed with Geffen Records, a major label. They were actually kinda disappointed when Goo was released on a new sub-label, DGC, instead of the main vein.

Goo is great not in spite of its commercial viability but because of it. All the jangling, droning clamor that made Sonic Youth what it was is honed into something a body can dance too. That dancing may look a lot like thrashing, but sometimes, that’s what you’ve got to express.

It’s also a very bluesy record, one that slinks out of its sleeve on the depraved sensuality of “Dirty Boots.” It’s simple, minor chords lure you into the darkest corners and invite you to be the carnal savage you really are. Frontman Thurston Moore sounds almost angelic over heavy, muddy layers of sound. He becomes maniacally mirthful on the bouncy punk jam “Mary-Christ.” It’s that mix of amusement and danger running throughout Goo that really makes it interesting.

Of course, if you wanna talk about what really makes Goo “kool,” you have to talk about Kim Gordon. She’s not rock’s first powerful female, but she is the archetype for the smart, smooth, sardonic alt-chick who’s all at once relatable and way too hip for you to even stand near. She broke out on Goo, too, penning and singing some of its most memorable tracks.

Take the track “My Friend Goo,” from which the album takes its name. Gordon sings a tongue-in-cheek ode to the ’90s woman, someone who doesn’t hide her sexuality nor take shit from anybody. It’s short, energetic and goofy, easy to sing along to, and just plain fun.

That wit turns grim on “Tunic (Song For Karen).” A fuzzy and detached melodic cacophony plays backdrop for Gordon’s syrupy talk-singing as she speaks from the point of view of Karen Carpenter. The ’70s pop singer is one of Gordon’s idols, and the bassist tells the poignant story of her fatal struggle with anorexia with a chilling, casual air.

Of course, the peak of Goo is “Kool Thing,” a driving, scornful alt-anthem that’s all confidence and attitude. Inspired by Gordon’s own interview with LL Cool J in Spin Magazine, it flips the script on the patriarchy and does the unthinkable – laughs at men. It also features Public Enemy’s Chuck D dropping some dumb bro fills, which only further proves Sonic Youth’s tangible on-the-pulse dopeness.

Each track on Goo uses melody, texture, rhythm, lyrics, and pace to further the emotional story of the music. To the untrained ear, it might sound like a lot of crazy, untamed noise, but it’s so calculated and thoughtfully composed, the fact that it appears out of control is what makes it so genius. It’s stupid, but it’s so smart. It’s as raw as bloody meat left to rot on a sidewalk, and once you see it, you can’t look away.

Here’s to 30 more years of stepping in Goo.