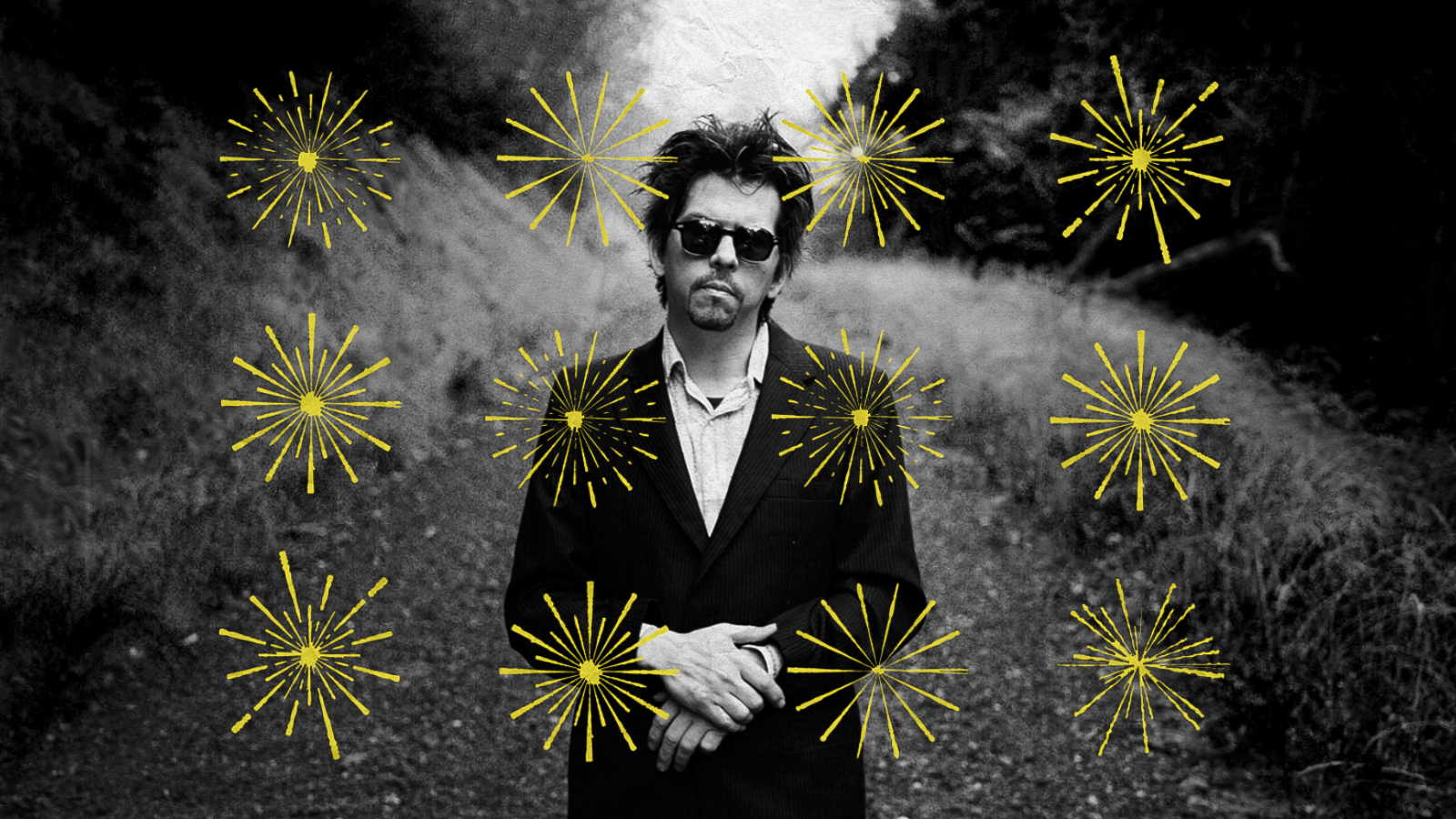 I was probably about 21, maybe 22. I was sitting in my apartment in San Francisco, smoking a clove cigarette – indoors – and drinking vodka- alone. I knew that neither of these vices were healthy, but just by imbibing in them, I felt closer to the idols that adorned my walls: Ian Curtis, Sylvia Plath, Jean-Michel Basquiat, River Phoenix.

I did not know it at the time, but I was suffering from deep, dark mental health issues. My 24/7 playlist of The Smiths and Joy Division – only occasionally broken up with some early Morrissey solo stuff – should have been a clue that things were not right. But I had been brought up in the sub-conscious, consumer-driven culture that to be an artist, to be free of societal norms – you had to suffer.

To be authentic – to MEAN what you were professing – whether that be through visual art, written word or music – you, too, had to be feeling utterly hopeless, sick and living barely on the parameters of everyday functioning existence, holding on by broken bloody nails to any sort of ‘normalcy.’ Looking back, I realize that I was almost hell bent on my own destruction, whether that be through drugs, drinking, or just stupid, dangerous behaviour. (My Aunt may read this, so I won’t divulge too much about that here.) But this all seemed socially acceptable as I had been weaned on a constant diet of holding such demise as the ultimate in expression – a sort of Velveteen Rabbit test of the REALNESS of both artistic credibility and value.

In some ways, suicide was held up as the paramount expression of achievement. People still say of Kurt Cobain’s death that ‘it’ – life – was ‘too much’ for him, that even the reprieve afforded by the outlet of music was not enough. The equation is set – he MUST have REALLY REALLY MEANT what he wrote and sang – in seeming contrast to all other artists who write of uncomfortable emotions and do not kill themselves or suffer from such unparallel mental anguish.

Death only helped validate the importance of this ‘real’ art, and hold such figure up – no, not in life, when they needed all of the support, love, and care we could offer – but in death, as a martyred simulacrum of wasted talent and untapped potential.

March 6th marks ten years since singer-songwriter Mark Linkous, known professionally as Sparklehorse, took his own life by shooting himself in the heart. The manner of his death dovetail with the all too familiar narrative perpetuated of other artists – of literally destroying, by his own hands, the very bodily mechanism that keeps the beat of life, that same unspoken but screaming idea of emotional overload one again held up as the heavy, unsurmountable mantle of true creatives.

The haunting, vacuous quality of his four solo albums are tinged with melancholy, their production sharing a gritty shadow of despair. In retrospect, it may be easy to see these as illustrations of the agony Linkous held inside. However, it is easier and more convenient to focus on the familiar peaks and valleys of rock n roll: the reverential reviews of his first 1995 release Vivadixiesubmarinetransmissionplot which placed Linkous as a critical (if not chart topping) darling. With production of the album by Cracker frontman David Lowry and a European tour with break out band Radiohead, Linkous seemed poised to rise up from his Richmond, Virginia indie scene to international stardom. Every piece seemed poised for this route to glowing success, much like the shining motorcycle that the band name is based on.

At the moment when he should be celebrating his accomplishments, Linkous was clearly unwell. While on tour in London shortly after the album’s release, the artist retired to his hotel room and consumed an array of drugs, including anti-depressants, alcohol, heroin, and Valium. By the time he was found, he had been unconscious with his legs pinned behind him for over fourteen hours, causing a potassium build up that made his heart stop for several minutes. Eventually revived, he almost lost his lower extremities, had to use a wheelchair for six months following the ordeal, and was on kidney dialysis for acute failure.

When asked in a 2006 interview if the ‘incident’ in 1996 was ‘an act of rock star hedonism,’ Linkous revealed that he didn’t ‘really remember’ imbibing in the almost fatal cocktail, though did admit to having a ‘heroin problem for a long time.’ Illustrating the very Velveteen Rabbit fascination of floundering mental health intertwined with dedicated artistry, the journalist goes onto to ask Linkous if it bothered him to have ‘people constantly associate things like overdoses and chemical imbalances with you?’

The inclusion of this question underscores the importance press and culture have put on perpetual despair and self-ruination being somehow imperative as it bolsters the credibility of the artistic output. Linkous’s brush with death and continued proactivity align him with the familiar Byronic hero that has fascinated popular culture for centuries. Linkous’s reply, confiding that, ‘For a while there every journalist, whether it was on paper or live on the fucking radio, would ask me about my accident’ stresses this idea. He seems to shrug off the past though, concluding, ‘People just have a natural sense of morbidity, and I try not to fault people for that.’

The same interview goes on to say to Linkous that surely he can ‘eke out a living doing Sparklehorse?’ Linkous goes on to tell a story about opening for R.E.M., and not wanting to ever play stadiums. This near brush with death combined with the venerated seeming abhorrence to ‘selling out’ – e.g. making a decent living or beyond as an artist – are almost celebrated and held up as further validation of credibility – not as a man who clearly needs help. Yet Linkous himself illustrates the very constraints of living on such a financial edge, with basic ‘luxuries’ like visits to a medical professional for anything but the most life threatening situation being out of reach. When asked if he craves being famous, the only positive Linkous identifies is the better and more economic access to health care, saying, ‘I wish that things were easier in my life—there’s a lot to be said for going to the dentist whenever you want.’

Linkous’s 2001 album is called It’s A Wonderful Life, the album and title track contrasting harshly and heartbreakingly to the singer’s own battles with depression and self-doubt (we included it among the 35 saddest albums of all time), some of which he later confided was brought on with an inability to even pay his rent – an all too familiar disconnect between financial viability and creative ingenuity, begging the question of does it really, actually pay – ‘eke out a living’ – to be innovative, reflective and make art for art’s sake – the very bedrock of authenticity. This celebrated struggle underpins some of the greatest work by Linkous (and others); the audience the beneficiary of their miserableness.

By 2009, Linkous had collaborated and performed with a variety of icons, including Iggy Pop, Tom Waits, and PJ Harvey. The Danger Mouse / David Lynch / Linkous collaboration Dark Night Of The Soul showcased how powerful and complicated the singer could be. Danger Mouse And Sparklehorse ‎– Dark Night Of The Soul

Things seemed to be going in a positive direction in 2010, with Linkous in the process of moving to Knoxville and putting the finishing touches on a new album. The despair and hopelessness of the past appeared – from the outside – to have dissipated with an exciting array of potential projects and possibilities opening up for the artist.

It is not clear why or what happened specifically to Linkous on March 6th, when, after years of uncertainty, everything seemed to at last be lining up for him. Maybe actually finally seeing success was overwhelming, the struggle often attributed to Cobain. But more likely, a systematic failure for available, affordable, accessible resources to be on offer and an honest, open shame-free environment to identify and address mental health issues are at least partially to blame for the isolation that Linkous must have felt. However, for every click on a link and every hanging of a poster of a dead star, we, too, paint a vulgar picture.