Last Sunday marked the final day of SPIN 2018. The Discogs Database Community have been hard at work making new submissions to the Database, editing old ones and adding images to Release pages. Here’s a breakdown of exactly what happened.

With the aim of creating an archive that preserves the full breadth of music produced on this planet, this year we split our SPIN goals up into three categories:

This year there were also a handful of incredibly dedicated contributors who participated in some challenging ‘clean up’ projects:

Some contributors even took it upon themselves to start their own SPINoff projects:

You can really see the increase in new Submissions during September from the graph below. The top Contributor was ocasomarino, who submitted a whopping 1,119 new Releases to Discogs, 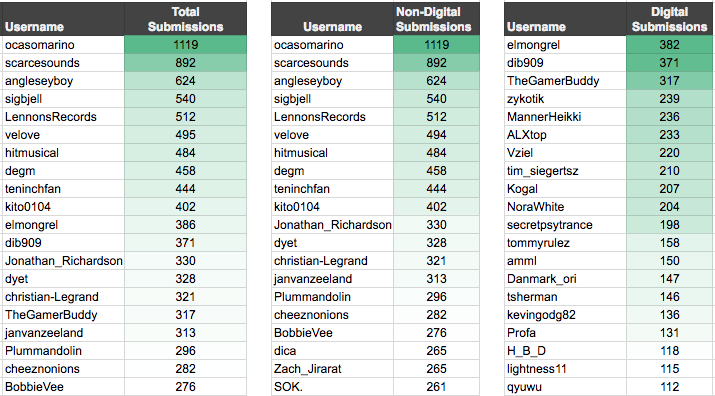 Two of the biggest gaps in the Discogs Database are in the number of Asian and Latin America Releases. New submissions are always important but making sure existing Releases are correct and have good images attached is also super important, so for our second SPIN goal we’re not just looking at Submissions alone, we looking at Submissions, Edits and Images added to all Asian and Latin American Releases.

The Discogs rank point system assigns 3 points for each new submission, 1 point per edit and 1 point per image added.

Coming from behind scarcesounds eventually overtook Lejnar (who was leading for much of the month). 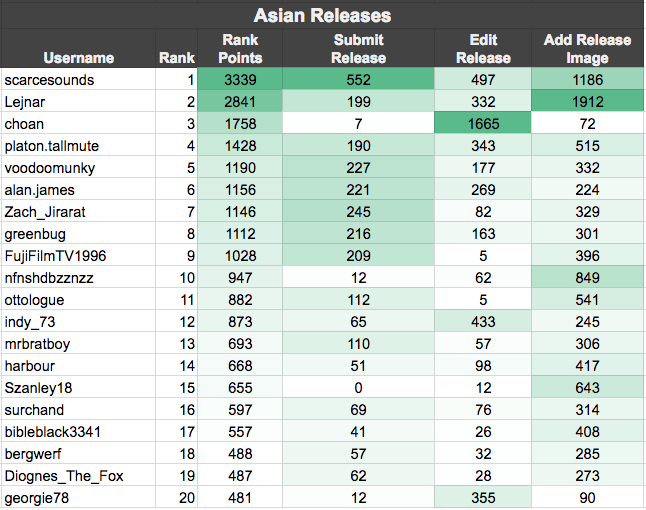 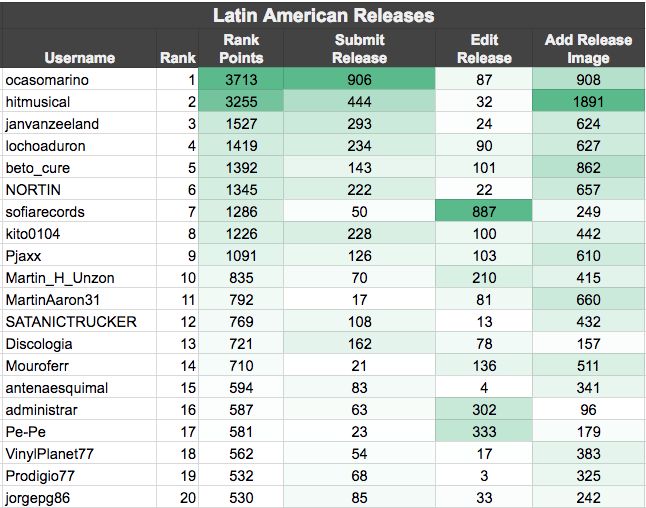 The other big gaps in the Discogs database are in old formats like Shellac (popular from 1900-1950), Cassette (making a BIG come back right now) and 8-Track tapes (now a mostly dead format that made it big riding the automobile wave from 1965-1980).

The Discogs rank point system assigns 3 points for each new submission, 1 point per edit and 1 point per image added.

scarcesounds, a professional sound archivist and published discographer who helped establish the National Archives of Singapore, steamed ahead the whole month, making more than twice as many contributions as the runner up, LennonsRecords. 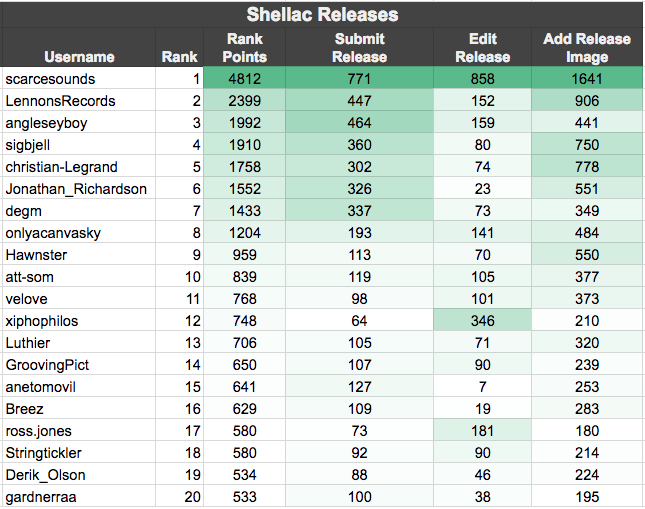 teninchfan, top overall contributor for SPIN 2017, has come back to SPIN 2018 with a penchant for Cassettes, earning 4,126 rank points during September. Close behind was itsFuzzyFM on 3,929. 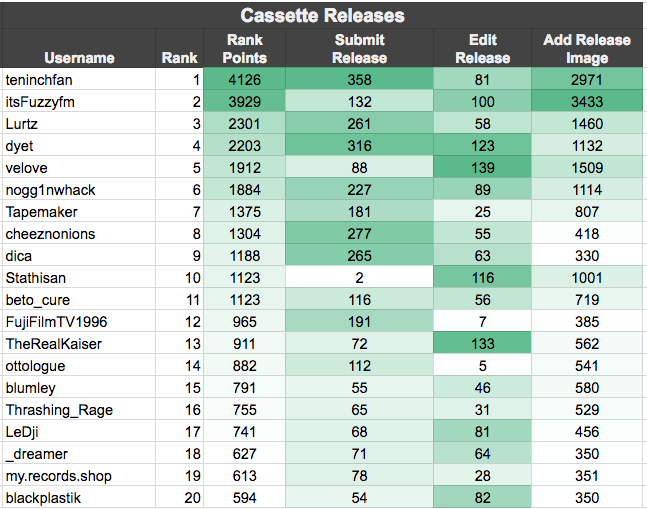 The competition to top the 8-Track Leaderboard was the fiercest of all the categories, with leading positions chaging multiple times over the course of the month. In the end CJSMUSIC-UK came out on top with a lot of new submissions and an impressive number of images added. Running up was 1979blackmalibu, and then very close behind that was JoshPeter. 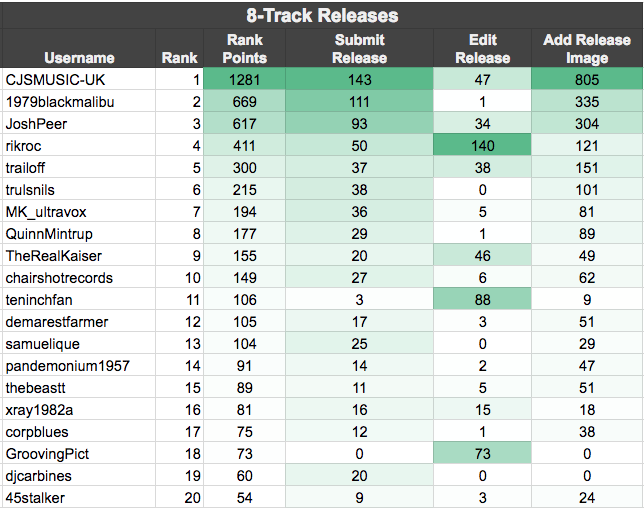