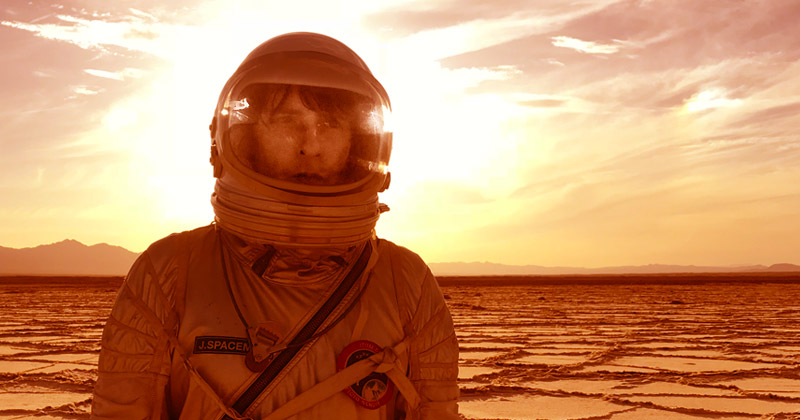 Back in 2016, Spiritualized frontman Jason Pierce suggested his next album might be his last. There’s been no formal announcement, but Pierce, a.k.a. J. Spaceman, recently echoed that sentiment. That seems to be partly because he might not have gas left in the tank and partly because the process of making the record, titled And Nothing Hurt, was so arduous. “It was such hard work. I found myself going crazy for so long,” Pierce said of the album, recorded solo in his London home. “It’s not like there’s no coming back, I’m fine now… it’s just such a hard thing to do, to make a record like this on your own.”

And Nothing Hurt is out Sept. 7 via Fat Possum/Bella Union. With the potential end of Spiritualized on the horizon — which is making us sad at Discogs — we decided to focus on beginnings instead. We recently had a chance to chat with Jason Pierce and discuss a few records and artists that were integral to his musical development, as both an artist and a fan. Iggy and The Stooges – Raw Power

Pierce got his start as a music fan thanks to his local drug store as a young teen. “At that time in my hometown you could buy records from pharmacies of all places,” he reminisced. “They had those little circular racks that spun around.”

He didn’t simply kick things off early at the racks, either. He kicked them off right. “I think I got incredibly lucky with my first record,” Pierce said with chuckle. “The first record I ever bought was Raw Power by The Stooges. I don’t know how I came up with The Stooges from that. I knew nothing about it whatsoever. I knew nothing about the band or where they were from or what they were about. I just fell in love with Iggy in that picture with his silver pants, and then the wildcat on the back of his jacket.”

Young J. Spaceman had experienced nothing like it before. It was foreign, but there was something to it. The imagery and the sound swirled in his head, and everything clicked pretty quickly. “I felt like I discovered something uniquely mine. I think that’s really important when you’re young — that it’s personal, you know? And everybody I spoke to thought I was making it up. Iggy Pop, even the name sounds like such a bizarre idea!” At this point, he was smitten with in-your-face rock music. While The Stooges initially seemed entirely alien, Pierce soon learned that it came from somewhere. “I said this about bands I was into later like The Cramps; listening to these bands was an education in the fact that their music wasn’t unique to them,” he said. “It came from another source. The Cramps were influenced by [Screamin’ Jay] Hawkins and Ronnie Dawson. No one is making music in a vacuum.”

Pierce also realized you could learn something important by tracing that historical lineage. “It’s like if you’re dropped into European improvised music from out of nowhere, it’s almost impossible to know how you’re meant to feel or how you’re meant to navigate that sound,” he reasoned. “But if you go and find Sun Ra, Coltrane, Coleman, you can say, ‘Yeah, now I know where this is coming from.’ No one is untouched by music from earlier.” Once he decided to play music, Pierce took what you might call a punk rock approach. Let it rip and lay it down. “I think rock music is effortless when you’re young,” he said. “There’s the arrogance of youth that makes it feel that way.”

That eventually changed “when I heard music like Brian Wilson,” Pierce remembered. “I realized that music could go in all these different directions. It didn’t have to be tied to something like rockabilly.”

That realization freed him. “You know, when I was younger I think I always felt restricted. If I couldn’t play it live, then we couldn’t put it down. Then I started to get inspired by people who didn’t worry about such things. You make your studio recording and you work out the other bit later. You don’t start throwing in restrictions to what you do.” His field of vision expanded even more as he continued digging. He didn’t necessarily have the money to chase every rabbit down a hole, but he was fortuitously exposed to exactly the right record at exactly the right time. “When you’re a kid, you don’t have access to a lot of records. I spent half a year listening to Astral Weeks almost every day,” he admitted in a resolute tone. “It’s beautiful you can do that with music. It takes a severe kind of personality that wants to watch the same film or read the same book over and over, but with music you can do that. You can start every morning with the same record. And then it becomes part of who you are in this strange way.”

Like that Stooges record years earlier, Astral Weeks seemed so different. It clicked like Raw Power, too. “I loved it so much. It has all these different ideas in it. It sounds like a soul record. It sounds like a blues record. It sounds like a jazz record,” Pierce said. “It takes all of these related things and draws them even closer all in one album, and it just sounded so different for me. My friends would buy anything related the Lenny Kaye/Nuggets thing, and Van Morrison was just outside of all that. Then I was only just discovering things like Otis Redding and soul, so I didn’t have a point of reference for Van Morrison.” As much as Pierce incorporated the lessons learned from these early discoveries, he couldn’t always bend his own predilections to his will. “All that Link Wray ’70s Polydor stuff — I envy those records. I love records where people are able to just sort of go in a room, play a record, and make it sound like that. That’s hard for me. I always want to explore once I start,” he conceded with a hint of defeat in his voice. “It seems so simple to do, but it’s difficult to make a record like it that’s so long-lasting.”

That said, he was still able to mine some philosophical truths about Wray’s approach to his instrument. “People always say Link Wray created that whole guitar sound,” Pierce said “I feel like electric guitars almost play themselves. You turn the volume up, put it around your neck, and it’s all about hold that sound down. It isn’t about how talented you are or how fast your fingers move. I’m not interested in that. It isn’t to say he hasn’t got any talent, but it’s almost brutal. It’s like, ‘This is how simple it should be.’”