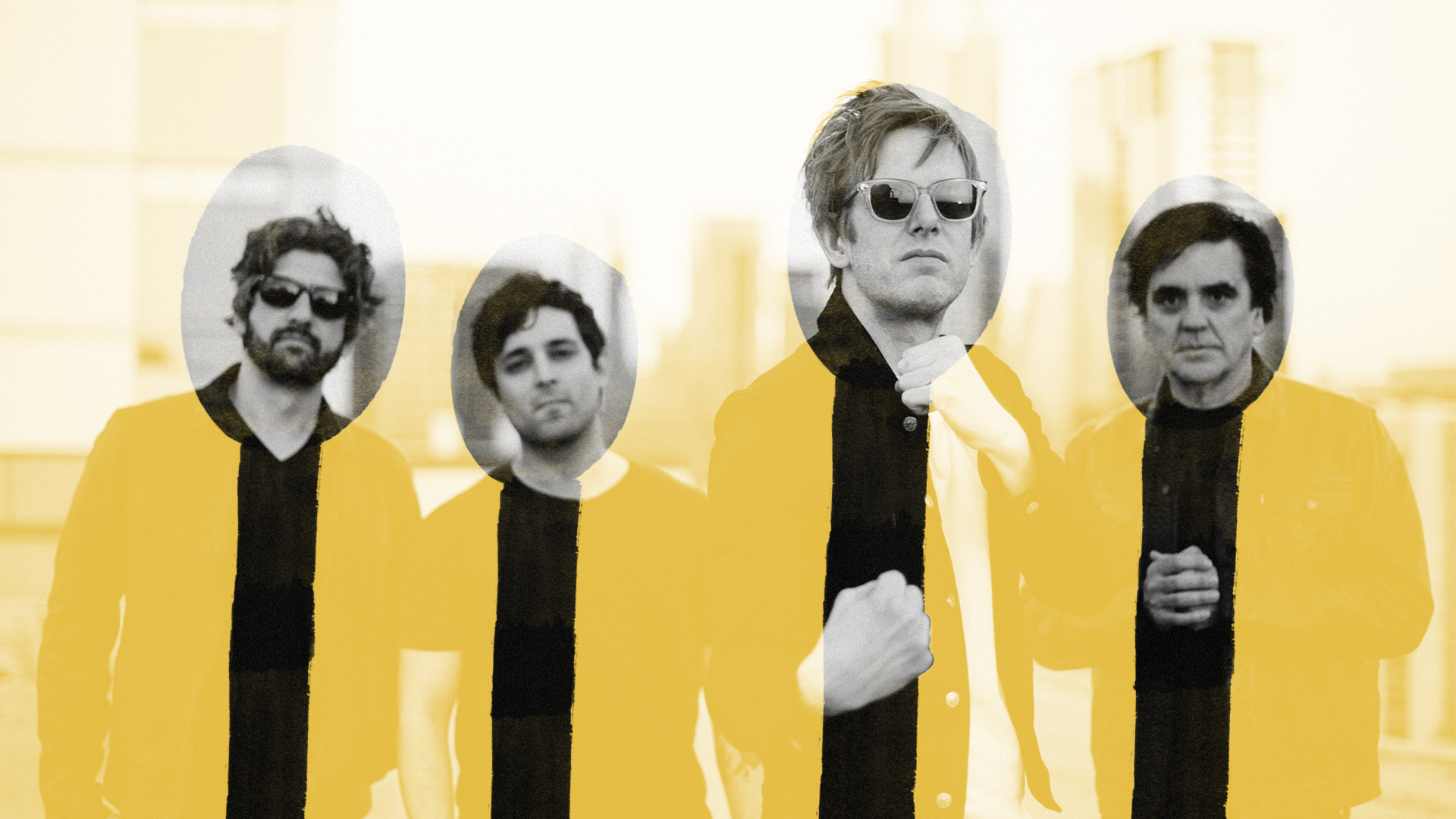 Long live rock’n’roll, and long live Spoon. The Austin, Texas, quartet is one of those rare acts that live outside of time and in its own universe. Led by singer/guitarist Britt Daniel and drummer/producer Jim Eno, Spoon creates from an inner space of curiosity, caring little for the sounds of the world around it, consequently helping to define its own moment.

Since forming in the early 1990s, Spoon has kept a keen taste for experimentation, concocting a wild mix of throaty post-punk revival, mod-rock swing, garage edge, and psychedelic soul. They’ve served rowdy Pixies energy alongside sweeping The Cure-like soundscapes and dropped more than a few Beatles-esque sing-alongs. Most excitingly, Spoon really digs toying with production techniques. The inventive play keeps their groovy chords a bit off-center, like listening to a classic tape distorted by digital corruption.

With nine studio albums, all of which capture its own spirit and style, diving into Spoon’s catalog can be a bit intimidating. We’re here to make sense of the mountain.

You wanna really get Spoon? You wanna dig in deep to its seminal sounds, sing along to the classic hits, and fit right into the conversation? Gimme Fiction is the distinguished band’s most exalted work. This was the moment Spoon’s diverse influences converged on a style so singular and right. The 11-track collection is big and dramatic, explosive and confident. Everything broods with dark soul and dances with erratic precision, tempering noise punk with delightful pop melodies in a way that never feels pretentious and always sparks joy. Songs are long and fully-fleshed dynamic textures, orchestral strings, cool rock attitude, jangling guitars, and hallucinatory studio techniques that define Spoon’s adventurous edge. You can pump up on its bright hooks, get lost in its atmospheres, and ride its 43-minutes to pure rock bliss. It’s just a great record, and it’s got “I Turn My Camera On,” which is a hit and a half. 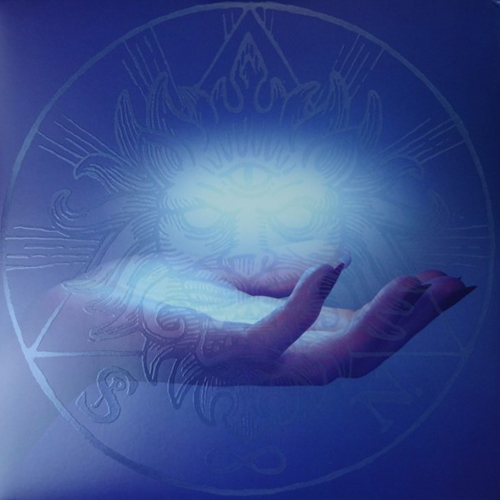 Spoon really found its voice in the early 2000s, but its last decade of work is just as strong and in some ways even more exciting. After a four-year break wherein members worked on other projects, the band reconvened with fresh ears and eyes and a few new friends. The band was joined by Alex Fischel on keyboards and guitars, a move that injected bright new sounds and electronic textures to Spoon’s mod-punk design (see the ethereal dreaminess of “Inside Out” or the Bowie-style sci-fi beat of “Knock Knock Knock.” It also marked the band’s first foray with producer Dave Fridmann (The Flaming Lips, Weezer, Neon Indian) who brought his love of maximalism to Spoon’s trippy takes. They Want My Soul is fun and interesting from beginning to end, a true reinvigoration of the band’s signature sound that explores new territory without losing sight of the source. 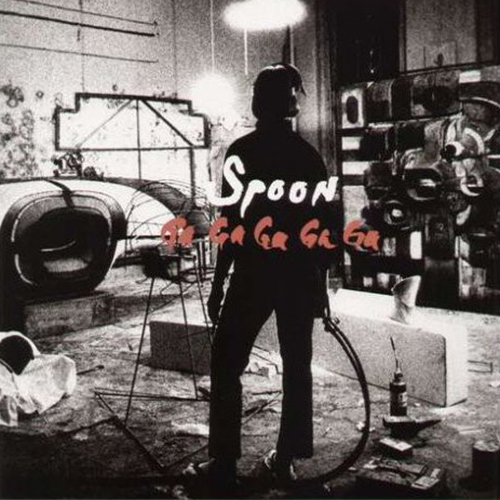 Many fans may tell you that Ga Ga Ga Ga Ga is their favorite of Spoon’s career. It’s real clean and mean, playing quick with 10 tunes in less than 40 minutes. Driving rhythms and steady guitar strums are electrified with punchy piano, echoing vocal tricks, fuzzy pop hooks, and colorful horn blasts. All the trappings of a classic Spoon record are here, plus fan-favorite singles “The Underdog” and “Don’t You Evah” – two pieces of required Spoon listening for any fan new and old. There are no big potholes here. The album is tight from start to finish with touches of surreality on “The Ghost of You Lingers” and some Pixies-tinged inanity on “My Little Japanese Cigarette Case.” My personal favorite is “Finer Feeling,” a total freak-out funk-pop jammer that refuses to quit and hits the feel-good fun bone hard. 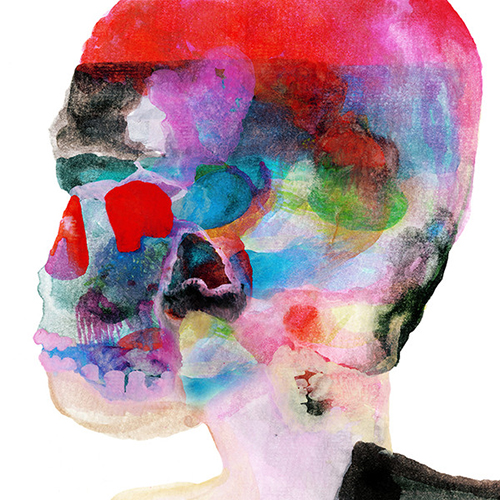 The latest effort was another romp with Fridmann and expands on the electronic element right out the gate. The LP’s title track is a perfect storm of Spoon’s post-punk jingles and newfound atmospheric additives. There’s a downright danceability to the record, like Daniel and Eno are serving their version of going disco. There’s not a tinge of cheesiness to this shimmering sheen. Indeed, Daniel dabbles with the political on “Tear It Down” and “Shotgun,” commenting poetically on a divided world and planting himself firmly in the camp of human lovers. “Pink Up” and instrumental closer “Us” add alluring sensuality, pushing the always innovative band to new heights as it approaches its third decade. What makes all the new-ness palatable, though, is Spoon’s unwavering dedication to itself. It’s still very much a Spoon record, and a very strong one indeed. 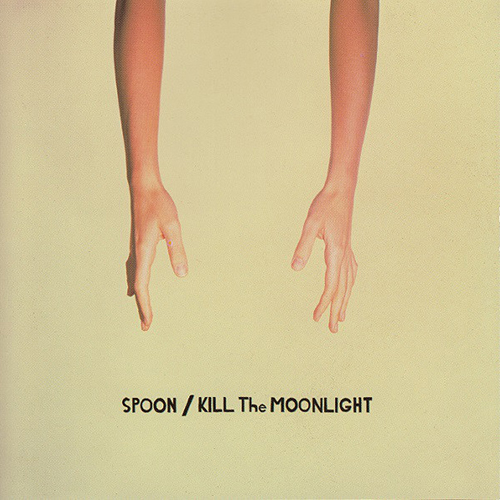 Here is the moment where Spoon went from ’90s catch-uppers to leaders of the 2000s scene. Kill the Moonlight is a bare-bones record that puts rhythm over melody without sacrificing a catchy hook. Every bright tambourine hit, plucky piano key, and reverb-heavy chord plays an important role. There’s also context to how the sound is made. On “Don’t Let It Get You Down,” Spoon splits the vocal and guitar into opposite ears. On “Paper Tiger,” they play the drum track backwards, mirroring the slow-motion feeling of realizing you’re no longer young. Kill the Moonlight is also where Spoon’s personal sound is born, a formula that solidified and broke through the mainstream on time-tested hit “The Way We Get By.” It was Spoon’s first real hit, and it deserves the love of every true fan. 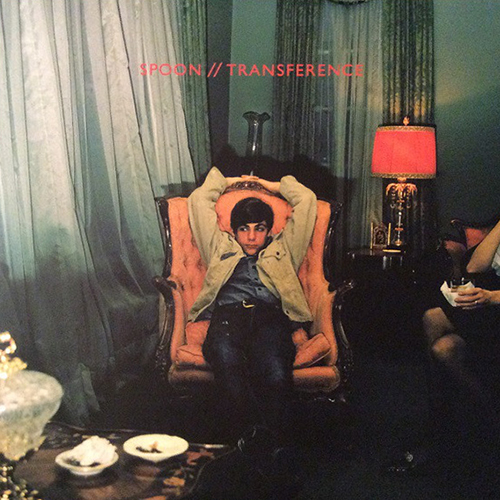 Kick Out the Jams

After a series of increasingly successful and exploratory LPs, Spoon brought things back to basics with this gritty, rock-roots record. Daniel and Eno dip their toes into prog realms with some truly trippy elements and wistful, unfolding tunes. The studio-as-instrument approach is still at play, but the band’s rhythmic core of guitar and drums is the driving characteristic throughout. It’s a little bit like Tom Petty and The Cure wrapped into one droning mood. “Got Nuffin” is the album’s sole single and the only tune included on its 2019 Best Of Spoon compilation, but the rest of the album is certainly worth exploring for those who enjoy Spoon at its grittiest and raw. 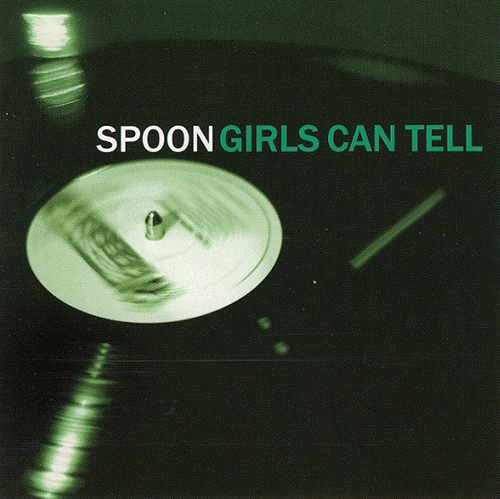 While it didn’t blow any doors open upon its release, Girls Can Tell has found love among die-hards. A new century marks a new Spoon as the band takes steady steps toward defining its personal sound. Girls Can Tell sits outside the hits, but it clinches a minimalist mood wherein the big themes of Kill the Moonlight can emerge. Britt is straightforward and homely, singing songs about fitted shirts, loss, lust, and self-doubt. The whole album has a stripped-down sound and a mod-inspired swing, big components of the classic Spoon we know and love. The best track is its opener, “Everything Hits at Once,” which went on to be the title of the aforementioned greatest hits collection. Immediately likable, quirky, and alluring, the tune builds excitement with dynamic punches and slinky moods, opening the door to indie classics yet to come. 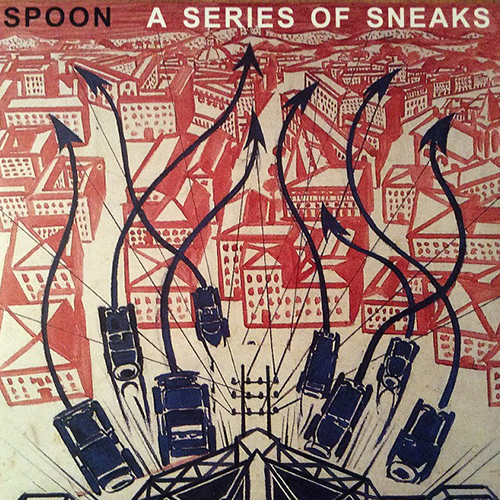 When You Want to Go All of the Way

Landing somewhere between the jangling punk of Telephono and Soft Effect‘s melodic musings (more on both of those below), A Series of Sneaks is a tough album to chew. It’s catchy, but it doesn’t grip your throat or take your hand to the dance floor. It’s a driving record, both in its steady beats and in its road-weary lyrics. In true Spoon fashion, it plays with all kinds of trippy techniques, absorbing some of their contemporary peers’ electronic experiments. It’s very much a rock record, though, making most of its excitement in jazzy rhythmic switch-ups. The band is clearly growing, jumping around between styles tinged with angsty grunge, harmonies, psychedelia, pop-rock hooks, and reverb-soaked interstitials. The second half of the album is its most exciting, with the lively “June’s Foreign Spell,” the fuzzy folk quick hit “Staring At The Board,” and perky jam “Quincy Punk Episode.” Bonus ballad “The Agony of Laffitte,” added after the record’s original release, might be the most beautiful. 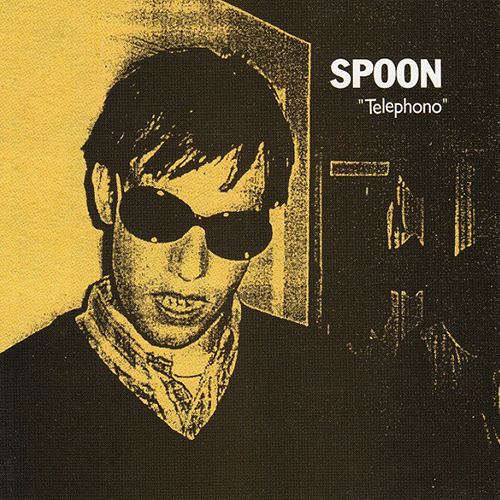 If You Really Love Spoon and Like the Pixies

This riotous and rowdy debut is a quick dose of mid-’90s rock. It lets show a lot of influential roots, drawing obvious comparisons to early Pixies (seriously, some of these vocal arrangements feel downright lifted). It’s not quite the fully-formed thought of Spoon’s sound to come, but what it lacks in clear vision it makes up for in spunk and experimentation. Young Spoon wasn’t afraid to play with jumping time signatures or psychedelic production techniques. Each track explores new ways of recording vocals, layering sounds, and fitting playful melodies into a bed of eruptive noise. If you’re the kind of Spoon fan who wants to thrash about the dance floor screaming repetitive, vaguely-revolutionary lyrics, Telephono‘s 35-minute post-punk blitzkrieg is worth the cop. Not a full album but definitely an important step toward what Spoon came to be, the four-track Soft Effects is often lumped alongside Telephono for context. It’s an interesting move because the two sound worlds apart. Recorded a few months after the debut album’s release, it trades brash screams and jarring anthems for atmospheric drones and dreamy melodies. It’s still got a garage-rock edge, but its heavy noise flows with more subtlety and finesse. The lyrics become a bit more poetic, the messaging more composed. It’s like Spoon left the Pixies wannabe bits behind but kept the psychedelic experiments flowing. Soft Effects is a cool, quick listen, certainly worth it for the die-hard Spoon crowd.

Published in partnership with Matador Records.