It probably doesn’t come as a big surprise that as huge music fans, we’re voracious readers of any and all music news, artist biographies, autobiographies, memoirs, album reviews, music criticism, analysis, and everything in between (we’ve been banging on about it all week). Our bookshelves are almost as crowded as our record crates.

There are times when a music book has turned us from casual listeners into rabid super fans of a band. The background and context made us feel closer to the artist, more connected. They’ve lent new perspectives to a scene. They’ve lead us to new places – both real and imagined. Even changed the way we talk about, think about, and even listen to music.

Getting between the pages of music books is a charged experience we want to share. The passion in the commentary provided by my colleagues on why they chose these books really is palpable. So join us, headphones on, pages open. And as always, we’re all ears for your music book recommendations – let us know in the comments, and make sure you add your favorite books to Bookogs. 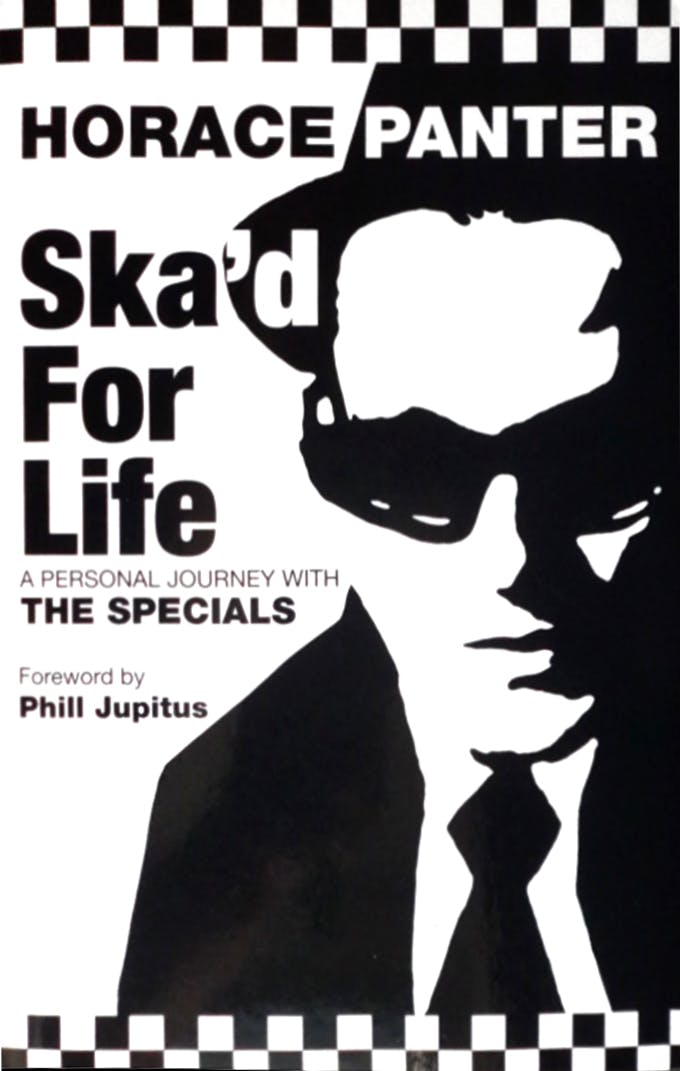 The cover and title of this book jumped at me when I was at Bengans Skivbutik in Stockholm on my way back from the Hova Record Fair last year. I had seen The Specials live once, years back, and I just knew this was going to be an interesting story. It didn’t disappoint. With a brilliant sense of humour, Horace Panter describes the struggles and successes of the band from the very beginning, and the surreal stories make an excellent read. From the band getting blisters on their hands from stamping the covers on their own records, their van breaking down, getting stuck without money in a foreign country, long nights, epic hangovers, their shows with other Two-Tone bands etc. It made me wish I had been there at the time. Even if you’re not into The Specials, this is a captivating and fun dive into music history.
– Lilian

Looks like we only have the German version in our database! And unfortunately, my copy is halfway around the world in my parent’s crawlspace. But that doesn’t diminish how much I still love and think back on this book! I learned so much not only about Sonic Youth, who at the time I knew next to nothing about, but also the scene surrounding them, with the likes of Swans, Dinosaur Jr, and Nirvana all getting big mentions as well. I picked this book up at Rocking Horse Records in Brisbane in 2010 and Sonic Youth ended up soundtracking much of the rest of my time in Australia. Sonic Youth remains one of my favourite and most respected bands to this day because of this book.
– David

The autobiography of Mark Oliver Everett (better known as Eels) is seriously one of the most heartbreaking stories you’ll read in your life. I quite often read music books and I can safely say that this autobiography goes above and beyond what you’d expect from it. Narrated as if a grandfather is telling his grandchildren his life story, Everett doesn’t hold back while speaking about a lifetime plagued with mental illness and other misfortunes I won’t spoil for those of you who haven’t had the pleasure of reading this book yet.
– Javi 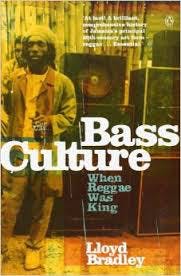 Rarely am I so enthralled by a 500+ page book as I was with “Bass Culture”. Author Lloyd Bradley pays meticulous attention to detail without sacrificing any of the excitement and turmoil that came out of the birth of Jamaica as an independent nation and Reggae as one of its greatest exports. With a foreword written by Prince Buster and firsthand interviews with the likes of Jimmy Cliff and Burning Spear, a lot of love was put into this by both Bradley and the many musicians and producers he spoke to. My favorite bit is an entire two pages dedicated to Joe Gibbs and Errol Thompson’s African Dub All-Mighty – Chapter 3 and its cosmic zenith, Tribesman Rockers.
– Stevie 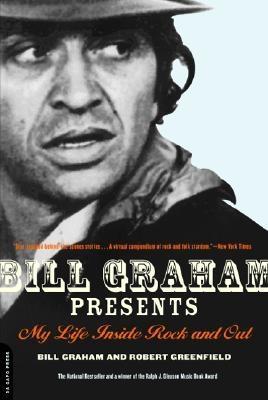 Bill Graham Presents: My Life Inside Rock And Out – Bill Graham

As my music collection has stemmed from gig posters for the last 20+ years, it’s little shock to me that the biography I’m most attached to is that of Bill Graham, the man most directly responsible for the Fillmore Auditorium, Fillmore East, and Winterland as venues, and for being the driving force behind most of the Bay Area’s psychedelic poster scene in the 1960s. Seriously, the man has multiple series of gig posters named after him! The BG, BGP, and BGF series which carry over 2000 posters from the late 1960s through today. In any case, this biography explores Bill’s life with an array of stories, many autobiographical from his start in life to his early meetings and discoveries of various artists, to the expansion out of SF to other areas and venues it taught me a great deal about the business part of the man behind the early rock poster scene. And while not the most loved figure of the poster world, he’s undeniably one of the most important.
– Brendan

Simon Reynolds brilliantly chronicles the musical, economical, social and chemical aspects of UK dance music culture for over 30 years. His focus on scenes and “scenius” rather than specific individuals or groups mimics how dance music culture is (or was?) less concerned about the stars on stage and talks more about the people on the dancefloor.
There are hilarious anecdotes, critical analysis, Marxist theory, vivid descriptions, and all the other things that make a music book great. The musical genealogy and the concept of the hardcore continuum has been very influential in how I talk, think and listen to music. Highly recommended.
– Karl 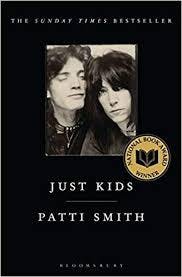 Just Kids is a punk rock coming of age story. In the gritty depths of 1980’s NYC, a poet and a photographer strike their first marks on the underground art world. It’s incredible to hear about the early days of CBGB, the diverse community of the Chelsea hotel, and Patti Smith’s frequent recounting of peeing into bottles. It’s a love story, a young-love story, where the game is low stakes but everything seems on the line. As someone in their 20’s struggling to make sense of my place in the world, Patti Smith’s vulnerable perspective is priceless. As for her music, I will forever listen to Horses with profound appreciation knowing all that poured into the creation of it.
– Steven

Steven got in first but this is my fav music biography too! Reading about Patti Smith‘s days living in the Chelsea Hotel and how her music career started got me even more addicted to her music. I even visited the hotel in New York after reading this bio. She is such a talented writer which makes reading this bio a dream.
– Claire 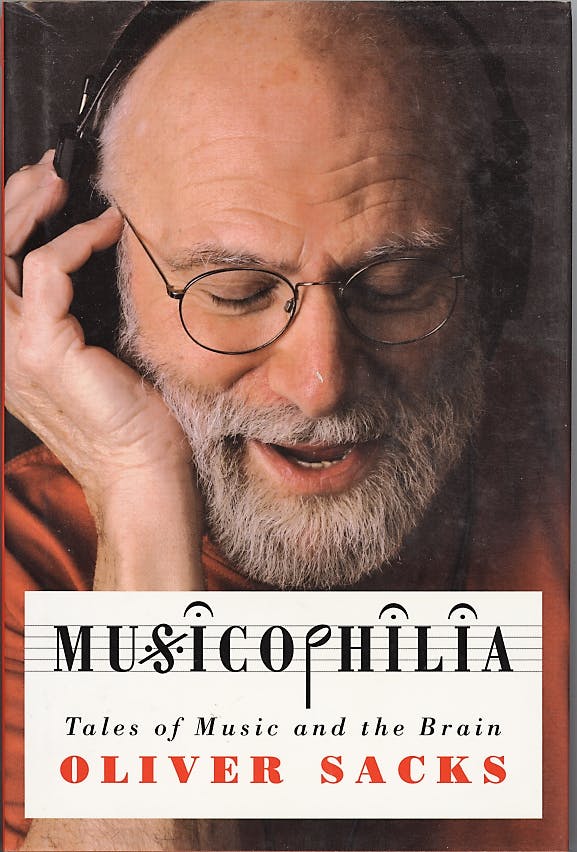 Don’t know if it really counts, but I read the book as soon as it came out. I was already a big fan of Oliver Sacks as a kid, thanks to my parents who thought that his case studies were appropriate bedtime stories! Even if it is not, per say, an autobiography, I feel that Musicophilia gives readers a quick view into real peoples’ lives, and how they are affected through music, whatever their affliction may be. I was always fascinated by the fact that Sacks is always talking about people, and how music not only brings us together, but is something fundamentally human. I re-read it every couple of years, and I am still fascinated by Sacks’ incredible prose, sensible comments, but most of all his humanity. If you haven’t read it, I can’t recommend it enough.
– Nathanaël

Check out Bookogs for more music books, and add your favorites to the database