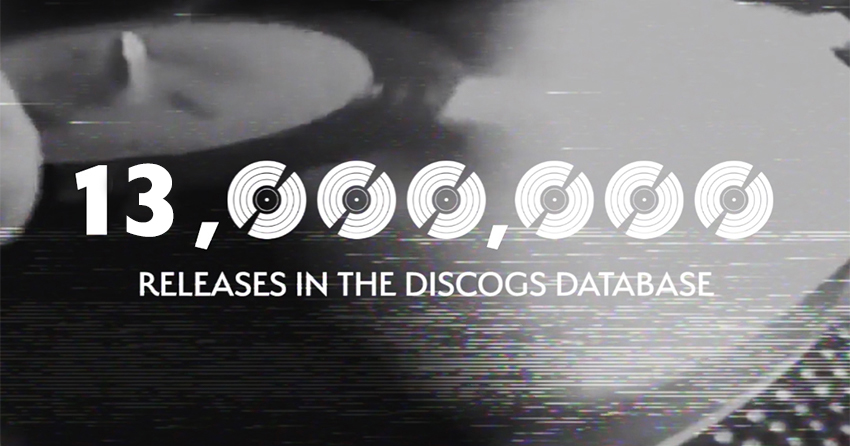 Despite time collapsing into itself and losing any meaning during this never-ending year, the Discogs Database has reached a new milestone at record speed — and there is no way we could have done it without you all.

In January — before 2020’s craziness really kicked off — the Database hit 12 million releases. The 1-million-submission jump took around nine months, as we announced our 11 millionth landmark back in March 2019. That seemed rather fast, but nothing could have prepared us for the enormous amount of growth the Database has experienced since.

Fast forward a year to March 2020, when the Database had hit an all-time high in submissions. This was undoubtedly brought upon by quarantine and subsequent lockdowns, as contributors took an unpredictable situation and turned it into a very productive period.

With countries around the world rotating in and out of lockdown, the Database has maintained a remarkably steady rate of submissions that continue to smash numbers from previous years. Thanks to this massive increase, we’re happy to announce that the Database has just hit 13 million releases! That means we witnessed over 1 million submissions in only eight months, crushing our previous nine-month record. And that’s with almost an entire month of S.P.IN, our annual September Pledge INitiative to grow submissions, still in front of us.

Now, 13 million is an incredible number, don’t get us wrong. However, there are still plenty of chances to contribute to the Database. As you can see on our S.P.IN. Around the World map, the Database still has some weak coverage spots in regions like China and the Middle East.

That being said, we would like to extend a massive THANK YOU to all of our contributors over the years. The Database would be absolutely nothing without your diligent work and relentless digging over the past 20 years. We hope the Database is a source of both comfort and knowledge during this extremely odd time. We look forward to 14 million!