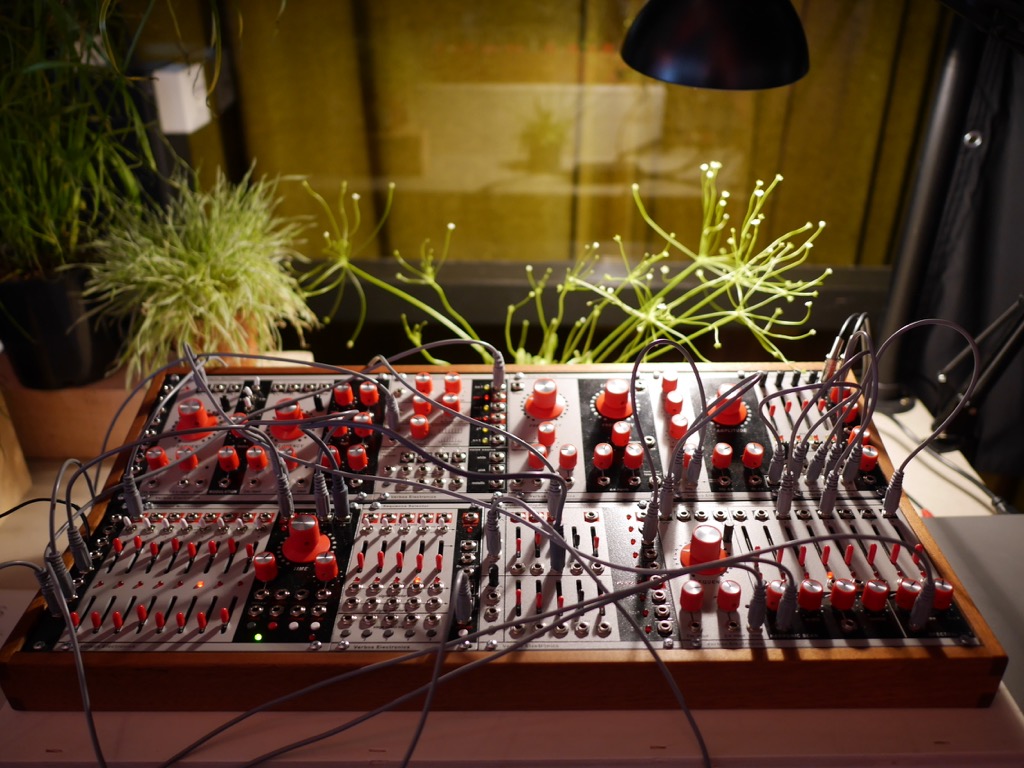 Superbooth17 kicks off this weekend in Berlin, Germany, in only it’s second year the electronic music instrument fair is boasting over 150 synth manufacturers and with workshops and electronic music performances this is the largest synth event on the planet. Perfectly timed with the launch of the Gearogs Marketplace we couldn’t resist the opportunity to take a stroll through modular heaven. We sent resident gearhead Nik to the fair for the weekend, check out his daily recaps below.

After a relaxing float down the Spree, it was straight into the madness of loads of gear booths competing for aural and visual attention. So much modular here it is unbelievable! A lot to see and hear. Of course I was really excited to chat with everyone about Gearogs, especially since our marketplace has just kicked off over there. There are of course a lot of Discogs fans here! There are two more days to go, so I hope to post more tomorrow. Let me know if you want a report on anything specific and I’ll see if I can check it out and get pics! 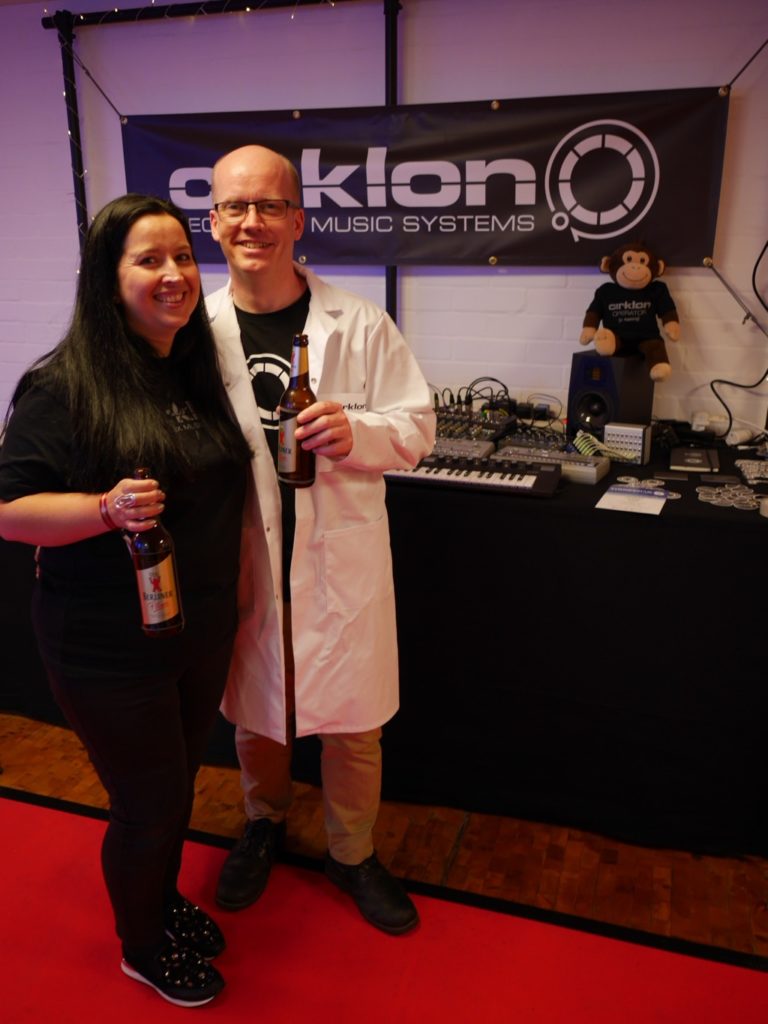 Colin and Barbara of Sequentix, the folks that make the Cirklon. Big thanks to them for organising my entry and allowing me to dump my stuff at their booth. The Cirklon is proving really popular with a long waiting list, awesome to see them doing well. I checked out the new Akai stand alone MPCs – the MPCX and the MPC Live. Exciting to see more hardware samplers again. The touch screens are really nice and clear, I think they may be onto a winner with these pair. They run the same software so you can go between the smaller, battery powered MPC Live, and the larger knob laden MPCX. 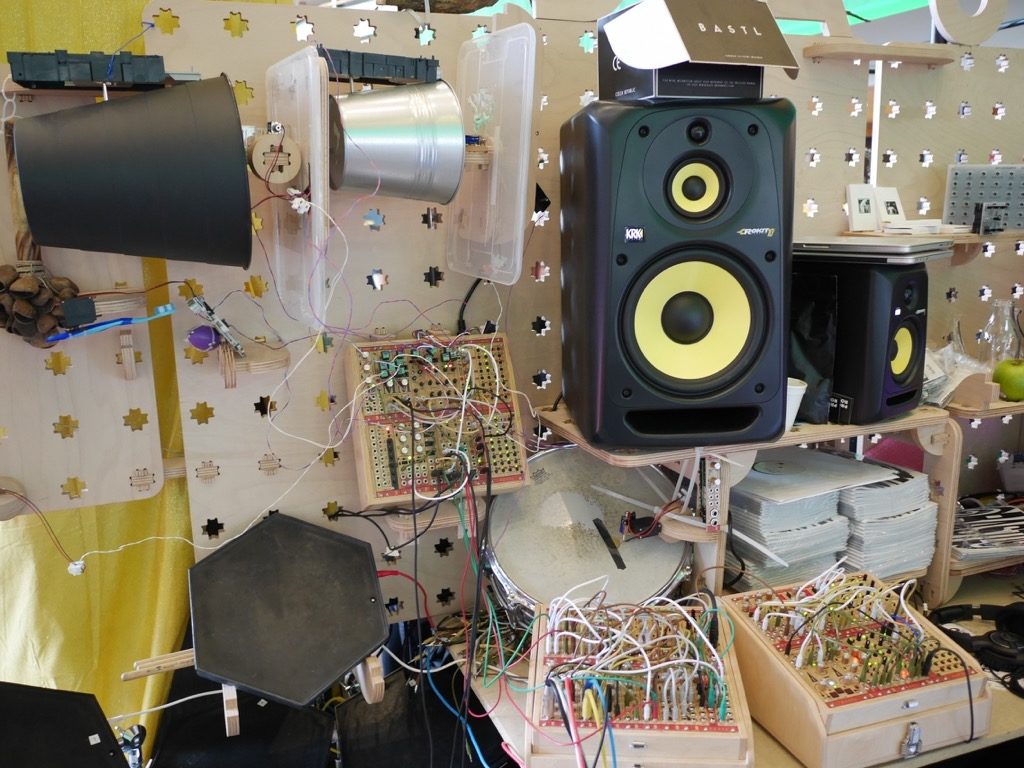 Bastl Instruments wins the show for me for style, with their wooden modular faceplates and sequenced buckets! 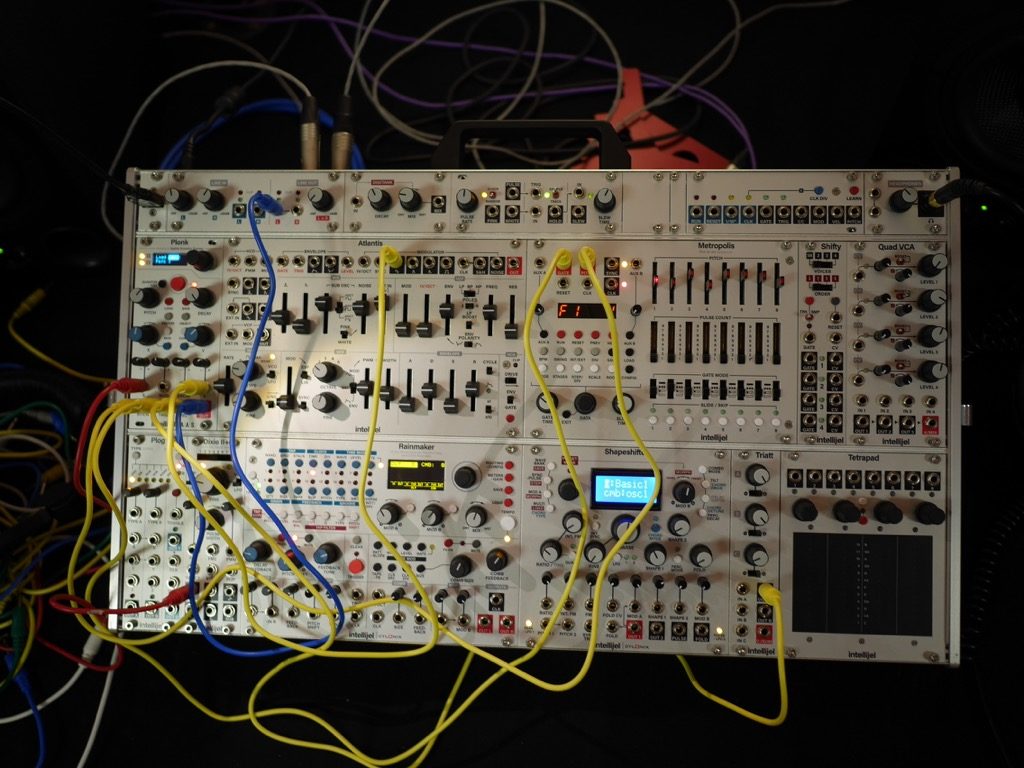 I checked out the Intellijel booth, I’m a big fan of their stuff and it was great to chat a bit with Dan. I like the new Plonk percussive sound source module. 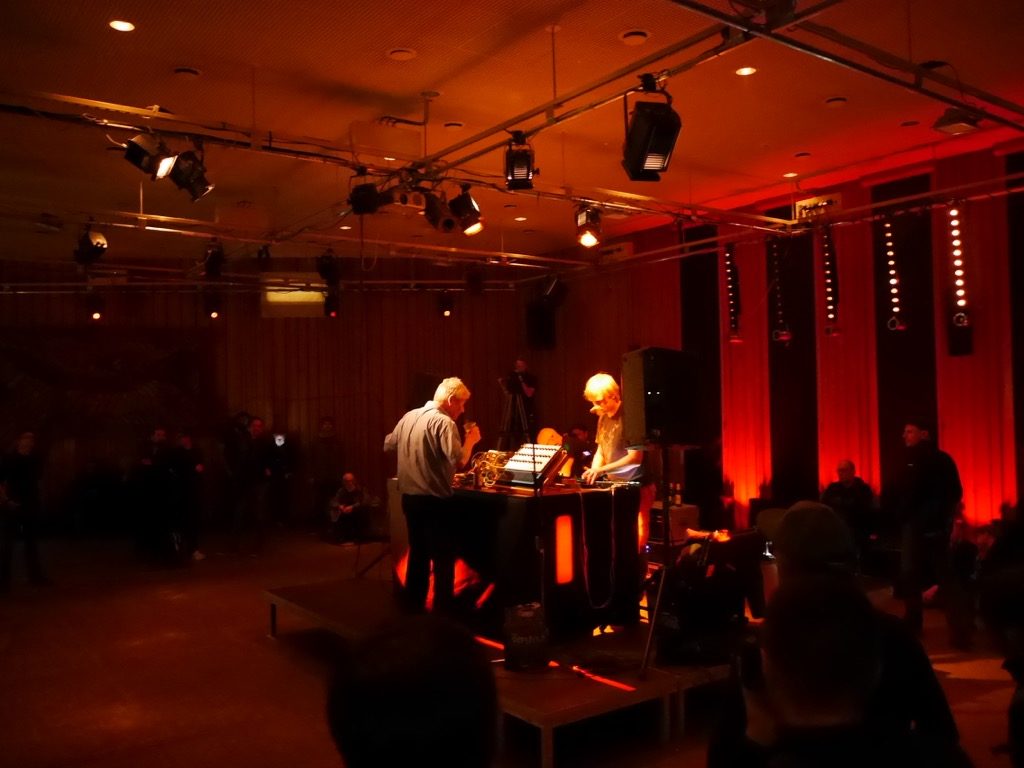 Ken MacBeth did a set with his band “Fucketybuckety”, which included the expected level of madness, including lots of swearing, facepaint, and ripping his shirt off during the last number!

Of course I was really excited to chat with everyone about Gearogs, especially since our marketplace has just kicked off over there. There are of course a lot of Discogs fans here!

There are two more days to go, so I hope to post more tomorrow. Let me know in the comments below if you want a report on anything specific and I’ll see if I can check it out and get pics!

Another day, another boat trip down the river to Superbooth! It is awesome they put this boat on for the attendees, it is quite sociable as well, which is just as well because it takes an hour! 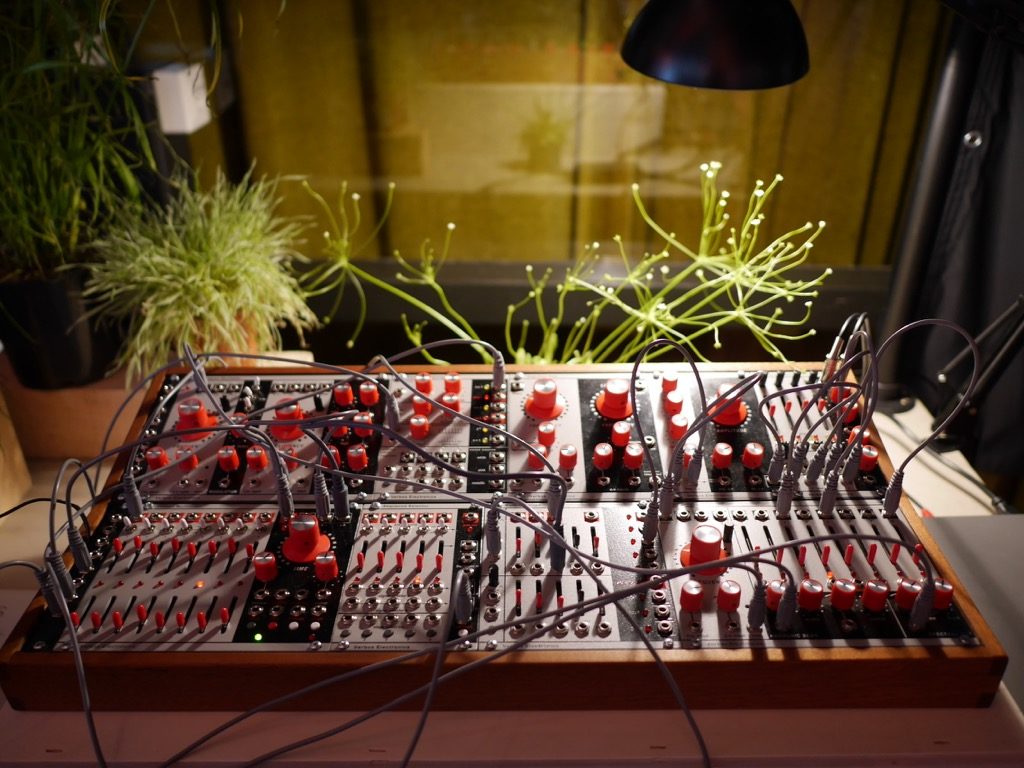 First up, after grabbing a cup of coffee, I had a good long chat with Mark Verbos about his lovely looking Verbos Electronics modular synth. He showed me the sequencer and we jammed with it a bit. He has just moved to Berlin from New York and we had a chat about the merits of each city, gentrification, and of course how amazing Discogs is! Super friendly guy, and his gear is amazing.

Next up I went to the Roland room. Lots of TB-03s and TR-09s on display, but I went for a play on their analog System 500 Modular stuff, designed in conjunction with Malekko in Portland Oregon! It sounded really nice, although the layout took a bit of getting used to. I loved the 521 Dual VCF. 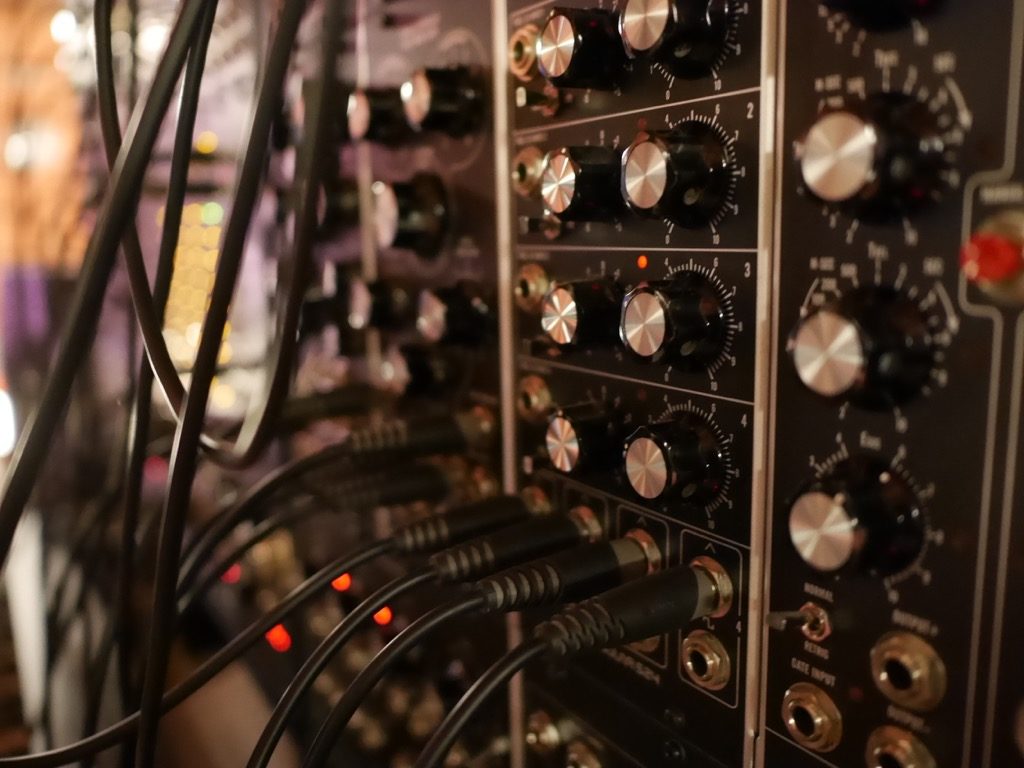 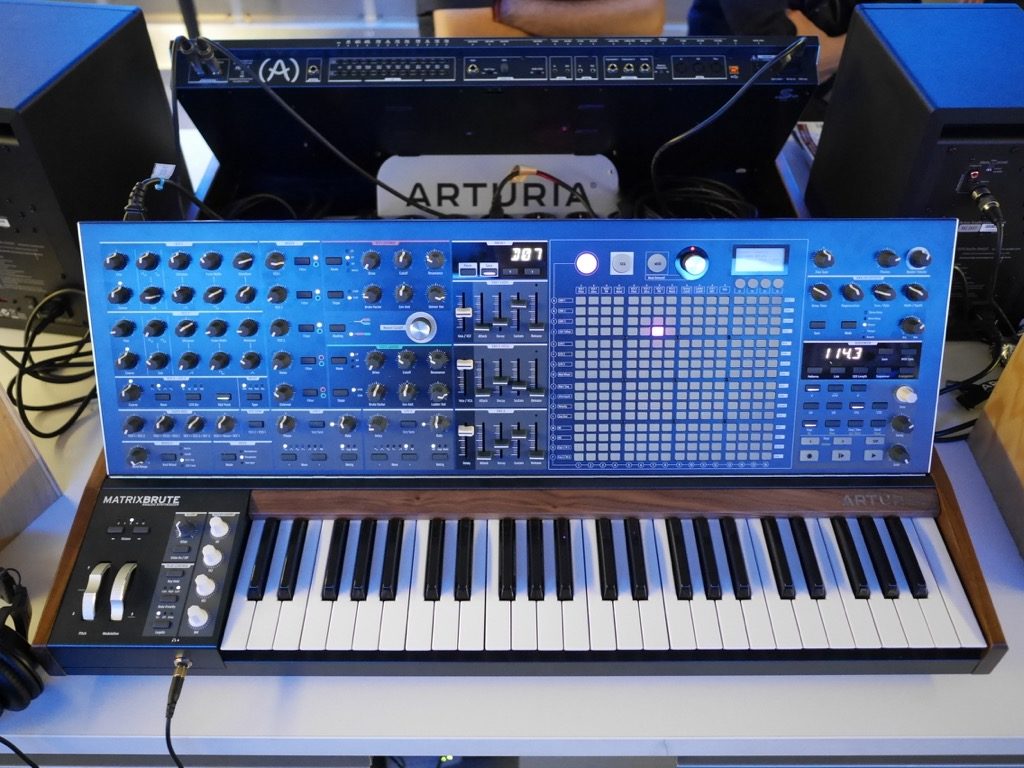 I met my longtime gearhead friend Marc from Laptop Lounge, and we sat and jammed duo style on the Arturia Matrixbrute. I think we entertained the people there, for a while anyway. Lots of fun with this synth, these led / button matrixes are wild! 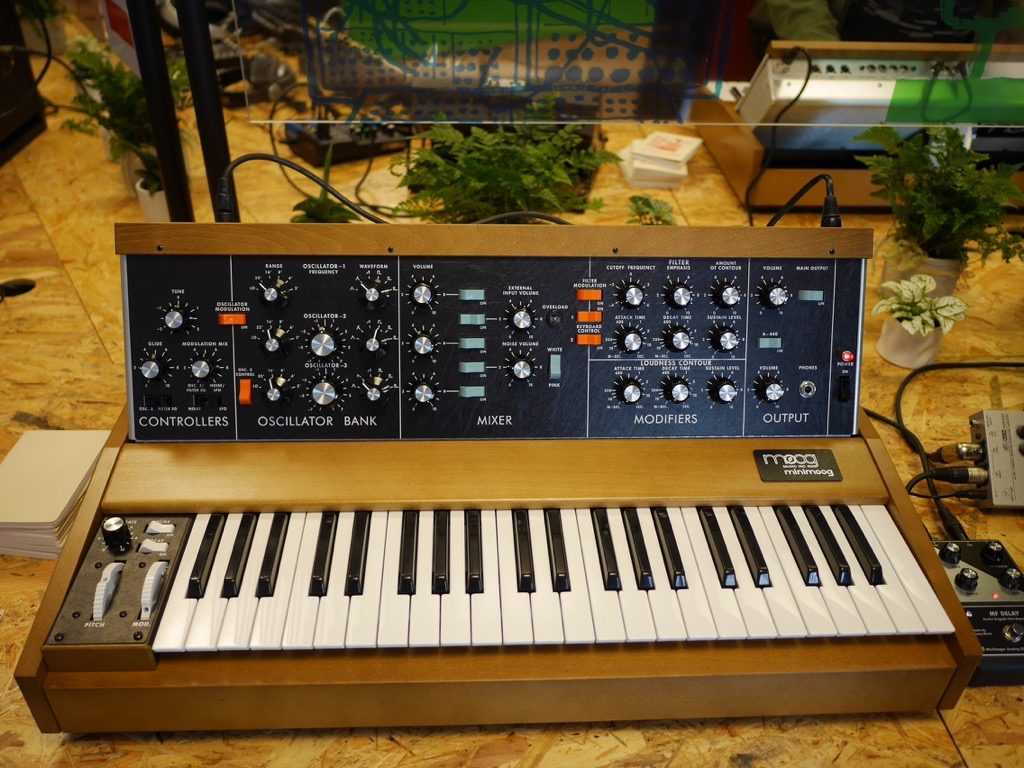 Moog. Minimoog. Reissue. Not much more needs said, apart from: 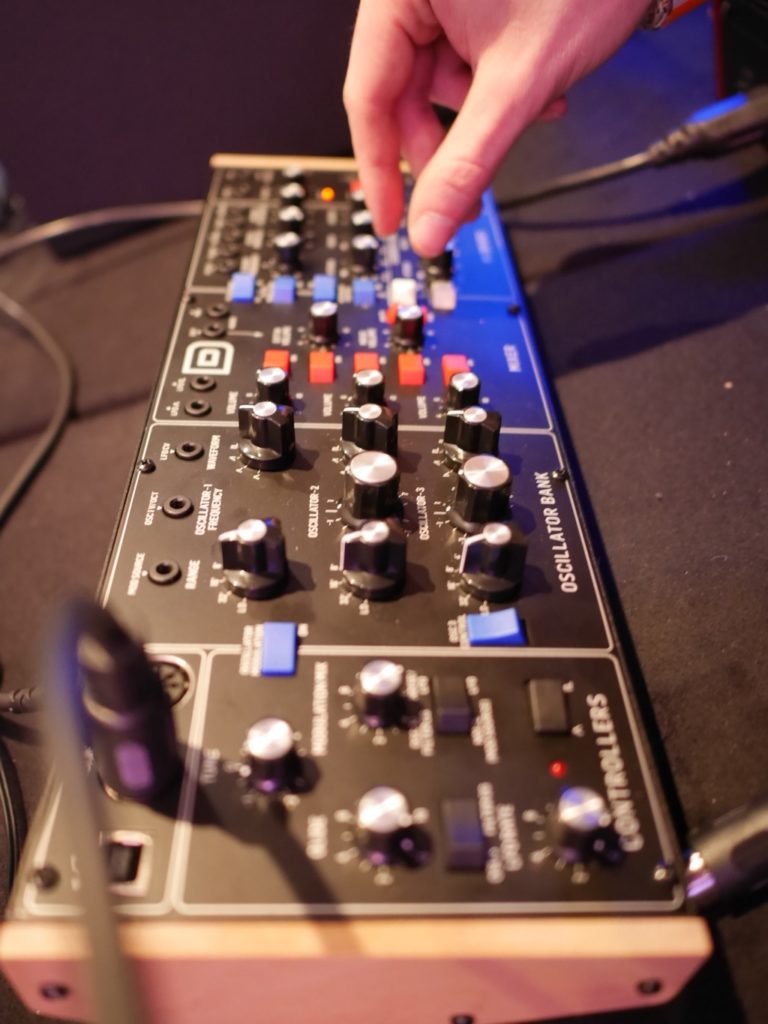 Behringer Mini Minimoog clone! Hot off the press, it had just been delivered today. I’m not sure what Moog think about this one, it is probably not printable! 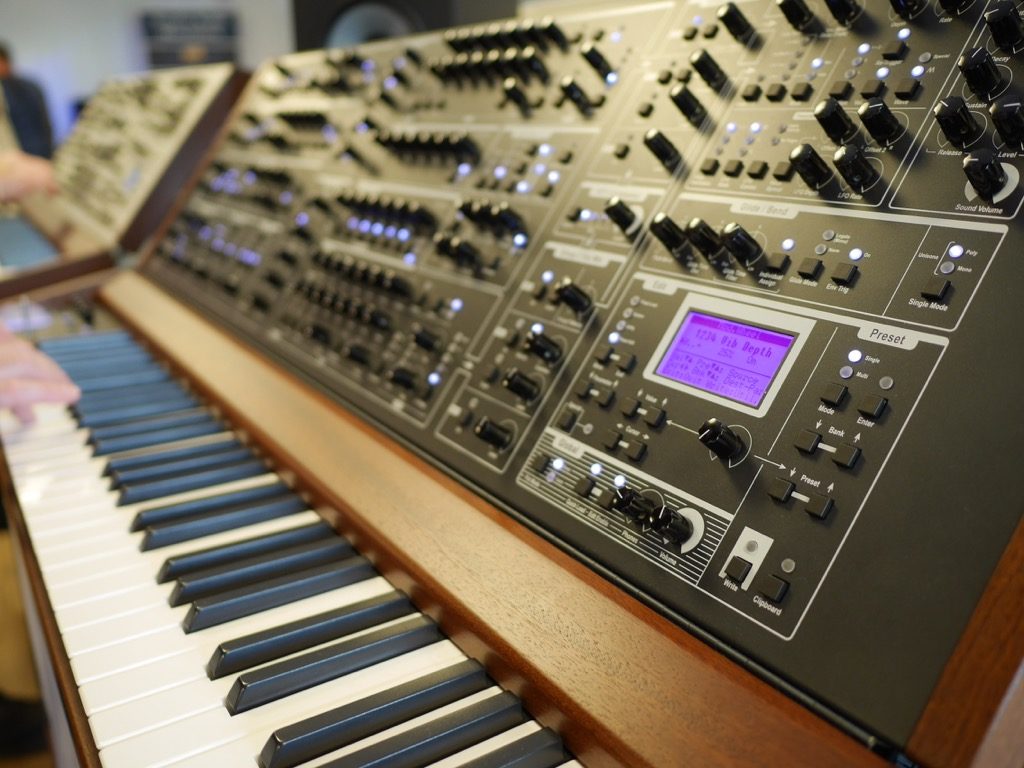 Not one, but two Schmidt 8 Voice synths. My pal Graham from Red Dog Music had a go, but I don’t think he is going to order one! Impressive synth though of you have got the cash. 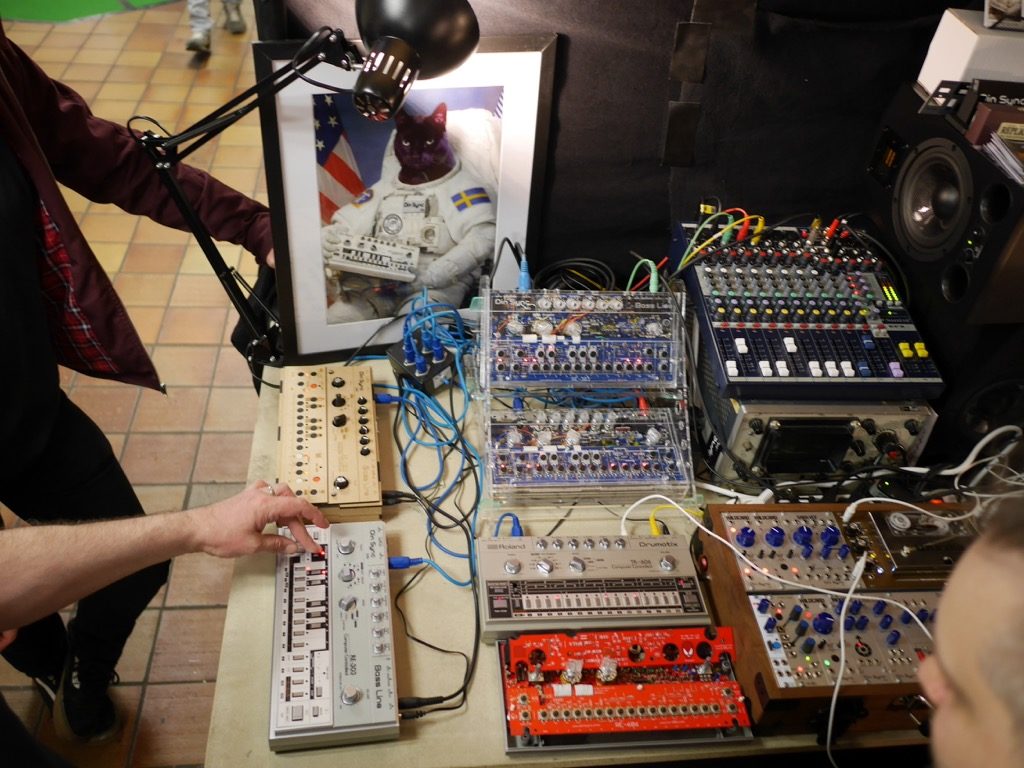 Din Sync were showing their TB-303 kits. They sounded bang on to the original, and I loved the different cases, including two see-thru ones, and a plywood version! To be honest, I am jonesing after one of these now to go with my original 606. 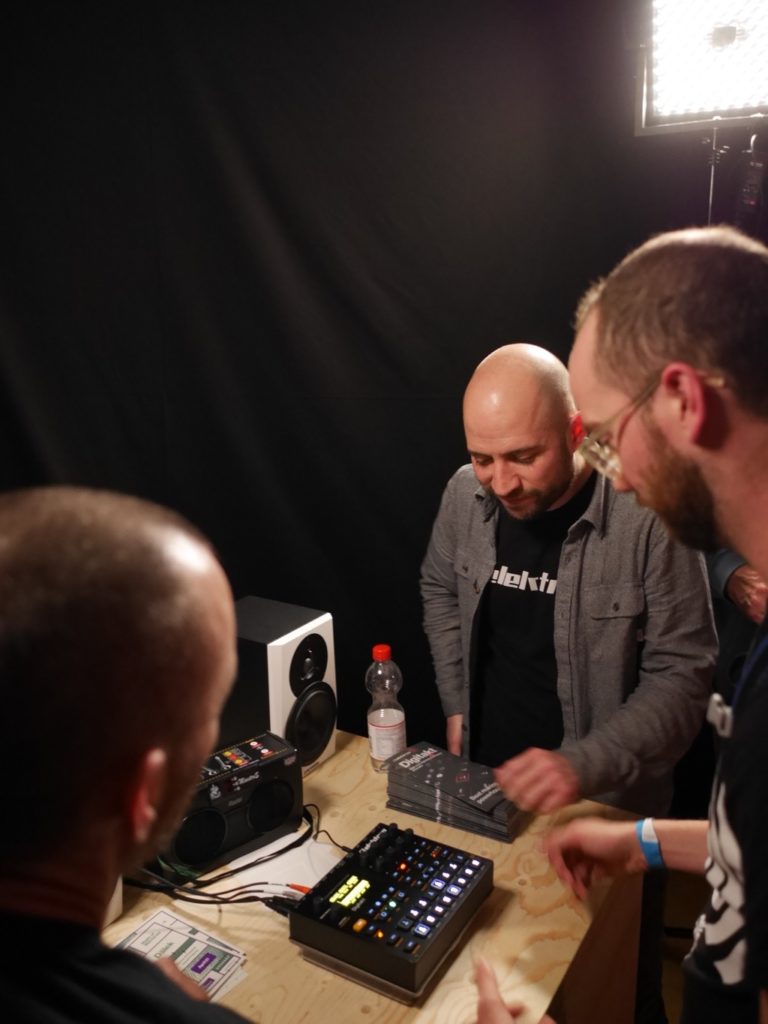 Finally I stopped in to the Elektron room to watch my pal Cenk (Dataline) demo their latest box, the Digitakt 8 voice drum computer and sampler. As I noted in the last Gearogs newsletter, Elektron are going from strength to strength. It is great to see them be so successful, and it has been great to watch how Cenk’s passion for the equipment has got him where he is.

Well, that is it for day 2. I need to get some sleep as apparently I have to be up early for some reason… next instalment tomorrow!

The third day started out quite differently from the other two. Barbara from Sequentix had been speaking to Steffi at Superbooth, and had managed to get us guest tickets to Berghain that evening. That club is notoriously hard to get into, so I had to say yes to the opportunity. We decided to go for what is apparently called a ‘disco nap’, then go to the club at 4am (Steffi was playing at 7am). So it was I found myself meeting up with Barbara, Colin, David, and Paul Naggle from Sound On Sound. Berlin in the wee small hours was still a hive of activity, so busy!

It was a great evening. The club does look great, but the strict no photography rule means no pics I’m afraid. When we walked in, DJ Stingray was playing one of my top 10 tracks of all time, Let Yo Body Rock by Detroit In Effect. I knew I was in the right place! He did a killer set, funnily enough I had caught him In Portland about a year ago, and loved him that time as well. Steffi came on and played an amazing set, thanks Steffi! So then it was back to the Airbnb for a rest before hitting Superbooth Day 3, phew! 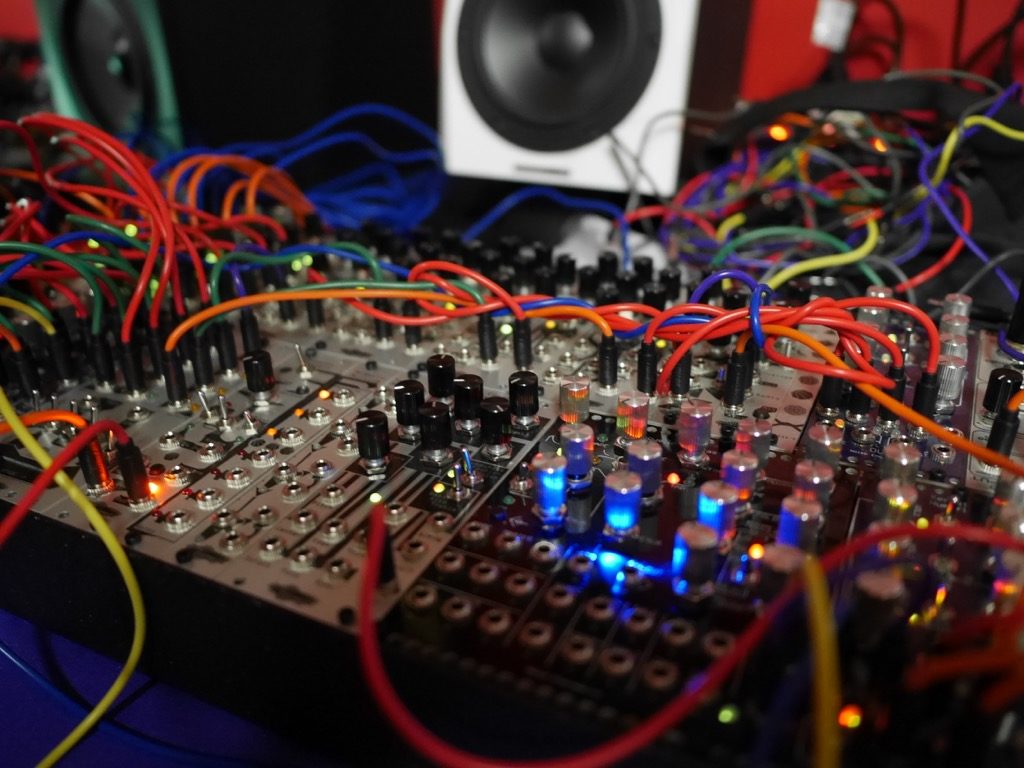 The Waldorf KB37 eurorack keyboard is a great idea, and looks fantastic as well. 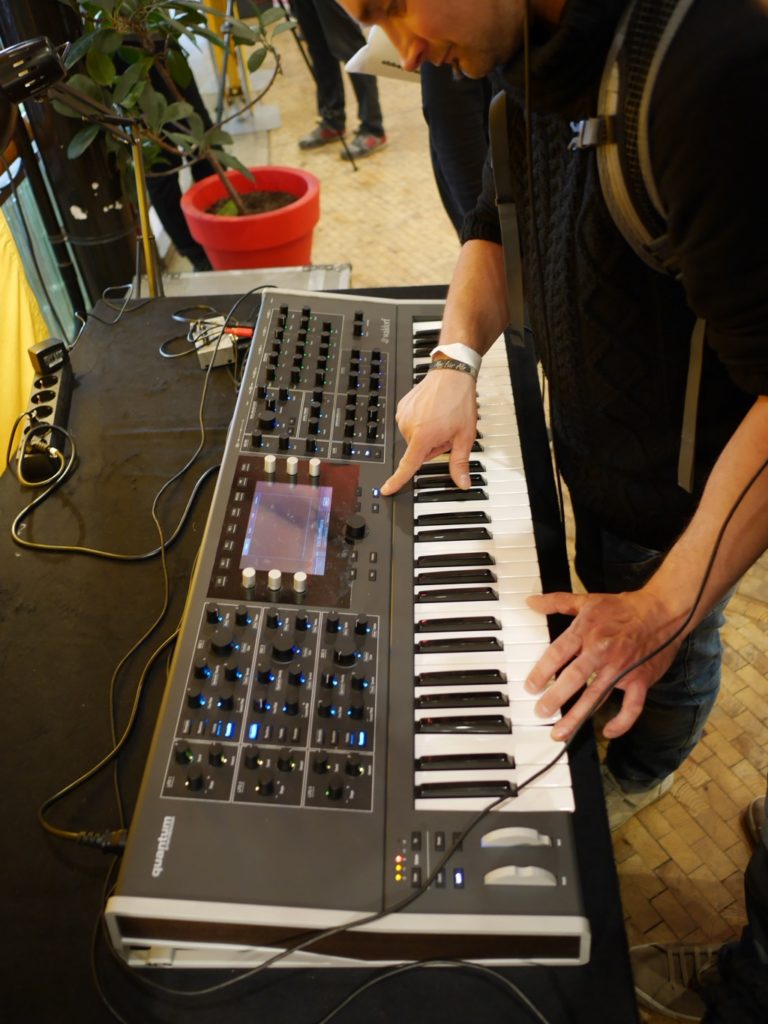 The new Waldorf Quantum 8 voice hybrid synth sounds very interesting indeed. Apparently it won’t be released till toward the end of the year, and it is not going to be cheap! 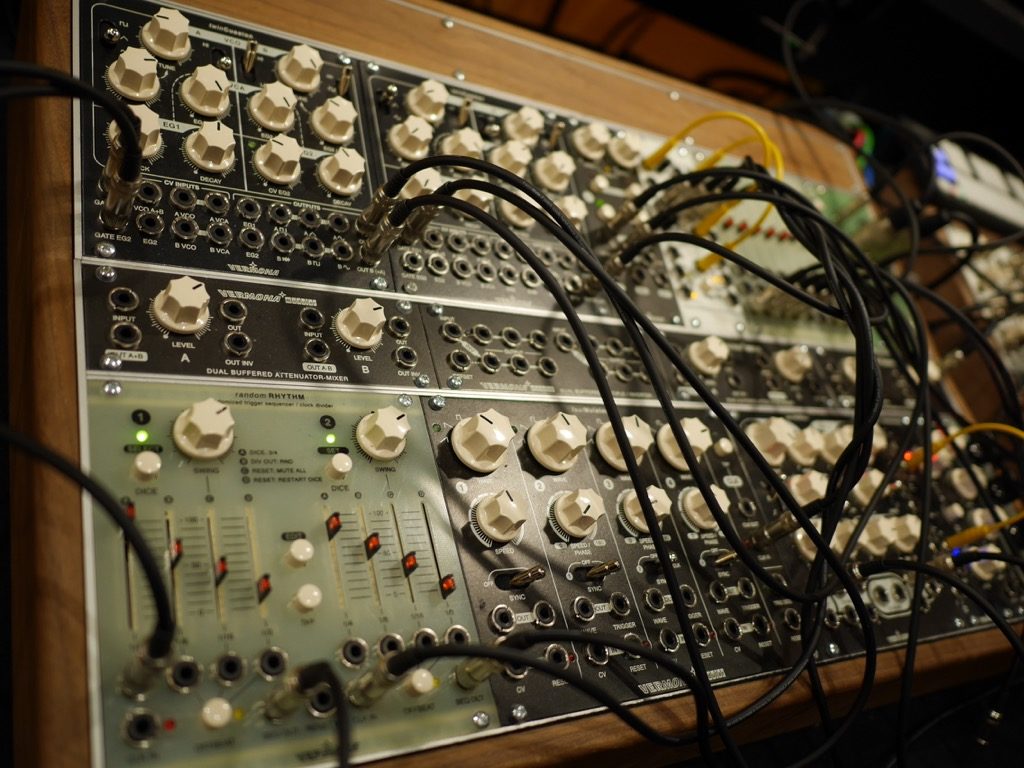 I love the Vermona eurorack style, and the Twincussion sounds sweet! 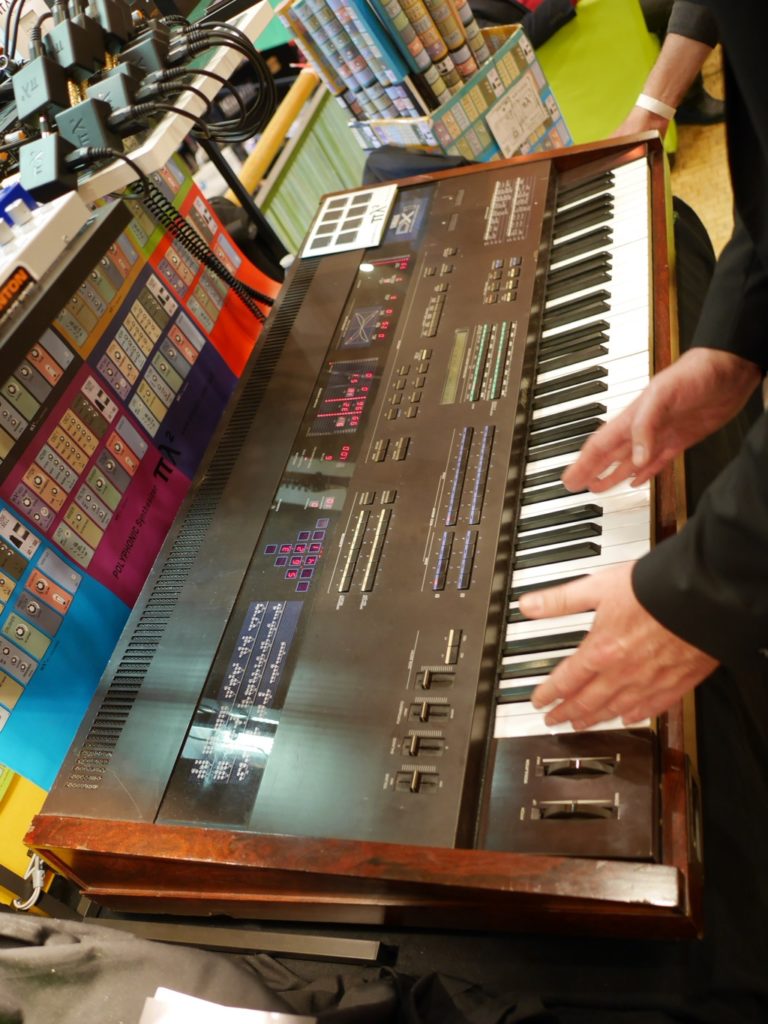 This Yamaha DX1 is a beast of a keyboard. I have never seen one before, probably because only 140 of them were ever made! 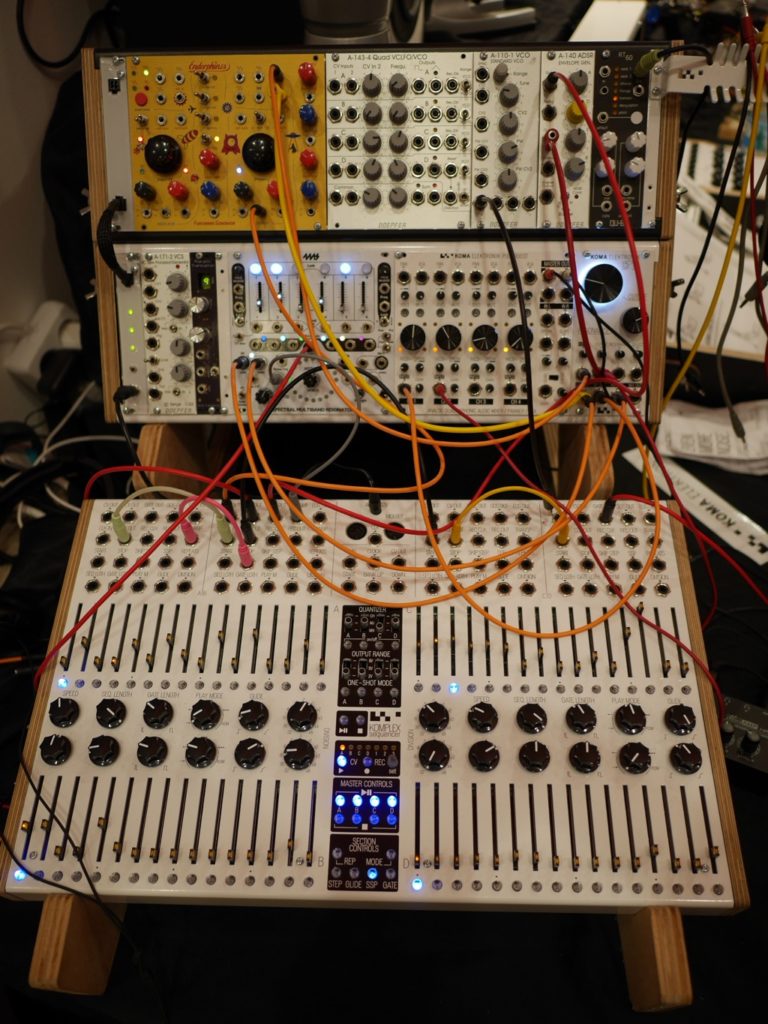 Here is the Koma Elektronik setup at their booth. 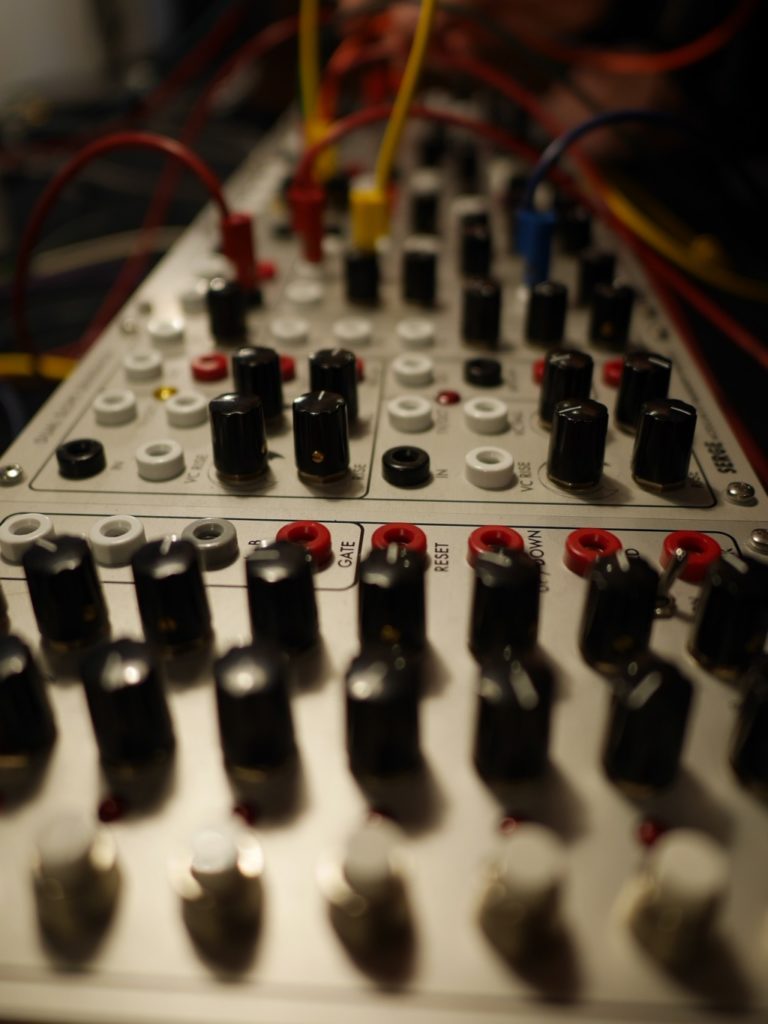 Finally, some Serge Modular by Random*Source. The Serge thing has always fascinated me, and this looks like an awesome way to get into it for sure!

Well, that is Superbooth for this year. An amazing event and so much to see, I am sure I missed something, there were so many rooms. A big thanks to Colin and Barbara, Steffi, and the organisers, caterers, and staff at the event. Already looking forward to next year!