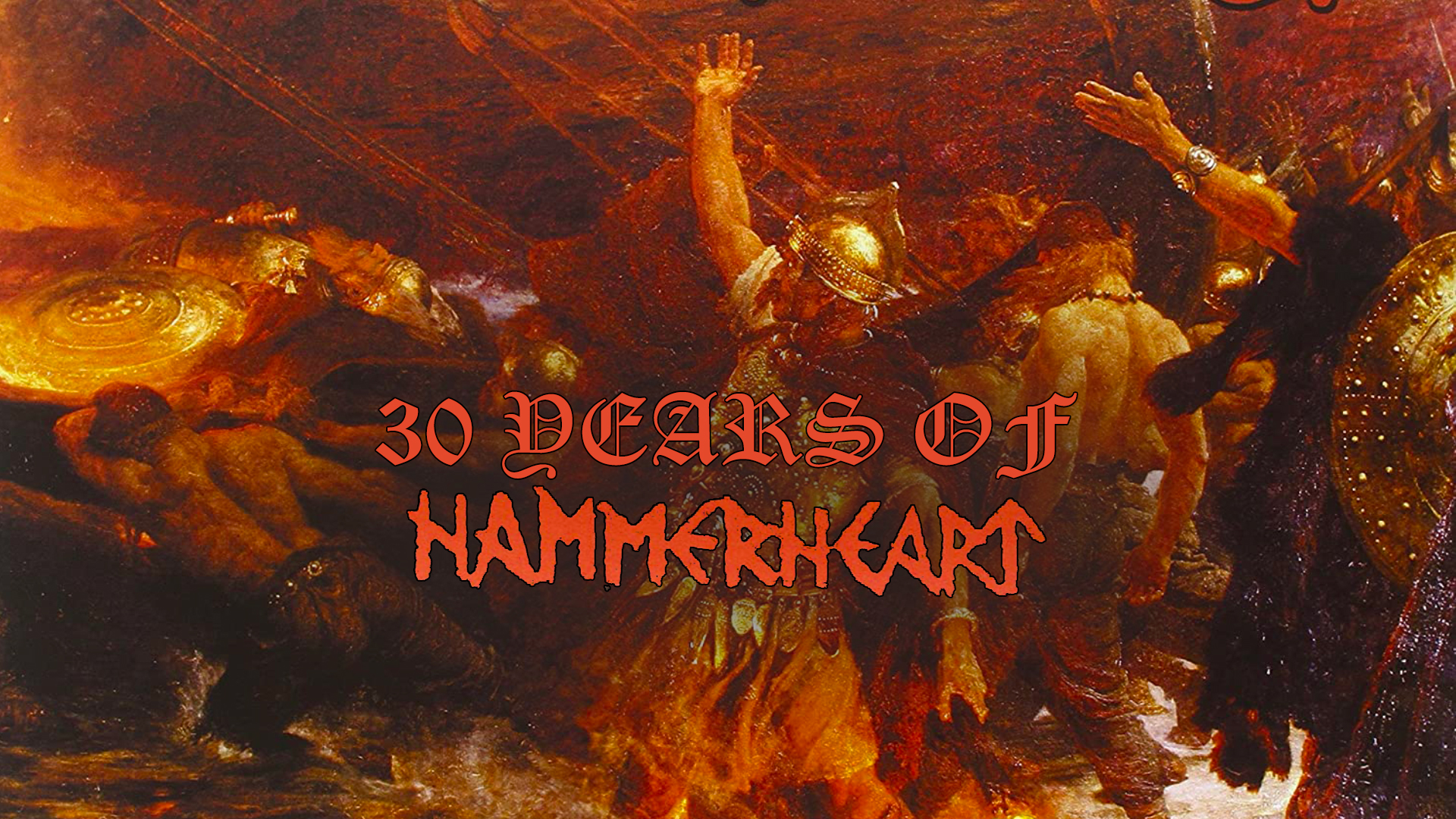 Even more so than the previous year’s first, actual Norse metal template (and also excellent) Blood Fire Death, and certainly more than gradually diminishing subsequent efforts like Twilight of the Gods (1991), Blood on Ice (1996) and the two-part Nordland saga (2002 & 2003).

Under any circumstance, these LPs were quite impressive for a group that, just seven years earlier, wanted nothing more than to re-write Venom songs – albeit, with a certain flair all their own – for their formative demos, a couple of attention-grabbing contributions to the Scandinavian Metal Attack compilation and, eventually, Bathory’s landmark, eponymous debut. Each ensuing album saw Quorthon expanding his musical ambitions, almost imperceptibly at first (1985’s The Return…), then a little more obviously (‘87’s Under the Sign of the Black Mark), and finally exponentially (‘88’s Blood Fire Death) as his Viking metal vision became clearer and brought Asgard back down to Earth for mere mortals to behold.

And with Hammerheart’s release in 1990, mere mortals were learning a lot more than ever before about the enigmatic Quorthon, as the musician born Thomas Börje Forsberg – still just 24-years-old – started coming clean with journalists like Kerrang! Magazine’s Paul Miller, in advance of the album’s release. Seeking to dispel some of the overblown, occult-laced rumors he had once propagated himself (and be taken more seriously as an artist), Quorthon told Miller:

“I am not a Viking-Satanist thug, nor am I a bloodsucking vampire. I have never eaten a small child, although I admit I was once very close to becoming a teenage alcoholic.”

Hammerheart definitely did not sound like the work of a savage

Not by a long shot! Ten-minute epics like “Shores in Flames,” “Valhalla” and “One Rode to Asa Bay” delivered deliberate, majestic heavy metal on a truly cinematic scale – proof that Quorthon’s songwriting had matured by leaps and bounds, as quasi-symphonic arrangements and clean singing replaced the sonic maelstrom and bestial screeching of old.

And, though they didn’t officially constitute a concept album, all of Hammerheart’s songs certainly dealt in Norse history and mythology — be they burial rites (“Baptized in Fire and Ice”), family rituals (“Father to Son”), the tension between pagan beliefs and Christianity (“Home of Once Brave”), or prayers to Odin himself (“Song to Hall Up High”).

Elaborating about this creative growth to Kerrang!’s Miller, Quorthon said, “We knew when we recorded Blood Fire Death that it would be the last LP with a [lot of] speed [and] I’m really pleased with [Hammerheart], though I would be very surprised if I can make my dream come true and put out a Bathory 10-year commemorative record in three years’ time.”

But this was precisely what wound up happening in 1992, via the first of three triumphant Jubileum volumes, which conveniently arrived just as Bathory’s winning streak was about to crash and burn, amid all-time-worst LPs like ‘94’s Requiem and ‘95’s Octagon.

As a result, Hammerheart wound up representing, if not the undisputed peak of Bathory’s career (they have too many strong efforts for everyone to agree on that), then surely their final unqualified triumph — all the way until Thomas Börje ‘Quorthon’ Forsberg’s untimely demise (from heart failure, ironically enough) in 2004, at the criminally young age of 38.