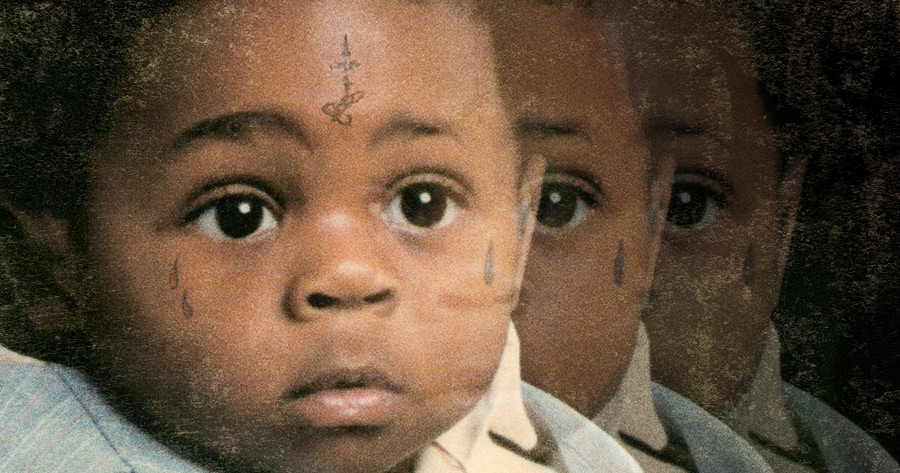 Tha Carter III by Lil Wayne is the hip-hop Record Of The Month for Vinyl Me, Please. Get it now!

It’s 2008, I’m 14, and no one I knew made money from rap music. Writing it, writing about it, nothin’. The crates were digital, the basement HP became sanctuary and my teen boy brain was ripe for overload. All this time, all these choices, we braced ourselves for the void on the other side of the Blogspot.

I baptized myself in the seas of Shake, Meka, Nation, Karen Civil, Miss Info, Lowkey, Mike Waxx, Datpiff, Zshare, Mediafire, Megaupload (RIP). The XXL Freshman cover meant something — no, everything. A million views meant a record deal from someone because a hundred million of them weren’t something one could accumulate yet.

Y’all remember megamixes where 15 niggas rapped on one thing? Did your cousin have FL Studio cracked on his laptop? Why won’t this blogger reply to your email and when they do, they tell you about your “raw talent?”

What does “blowin’ up” mean to you?

It’s 2007, and Tha Carter III just dropped. Pardon me: we caught another leak, DJ 31 Degreez this time. I’m Me makes me feel untouchable as a bookworm with an absence of drip. I first found it within earshot of a phone speaker on the back of the 7 a.m. bus to Friendly High. (I always wanted to do that shit with my phone.) My father stares over my shoulder as Time For Us To Fuck sits in my iTunes, and I don’t even look back at him.

“You better know what you doin’!” was all he said. Neither record made the final cut, though the former appeared on The Leak: an EP stopgap of some of the best leaks in their fully mastered glory. So many remnants and memories of that album or lack thereof are left from 2007, I forgot the retail, million-in-a-week version didn’t arrive until 2008.

See, Tha Carter III was the crown jewel that felt like it’d never come, even as it arrived in every fashion and format unbeknownst to Dr. Carter himself. So many times, I remember how A Milli had a version with Cory Gunz. And if you really know, you remember the alternate verse that didn’t make the final cut: the one with “A millionaire, I’m a YOUNG Money, CASH Money, FAST money, SLOW money, MO’ money… never NO money!”

And when Lil Wayne came off the strength of a downpour of features where he bodybagged everyone, Dedication 2 with DJ Drama, Da Drought 3, and a slew of bootlegs that we all cranked like they were real drops? Not to mention how Tha Carter II cemented Wayne as the A-caliber MC before the tear even began? On what timeline could the Best Rapper Alive actually pull a great album out of the wreckage? Which lighter flick could take him even higher?Tha Carter III — the one we received — became a sacred text in the Book of Uptown and the soundtrack to every high school dance across these United States.

Both singles went on to win Grammys. To assign a duality to Wayne through these moments is to compress him far too thin; he’s always done everything, been everyone he damn well pleased.

In a post-Curtis vs. Graduation landscape, with peer-to-peer sharing and the blogs still on fire, Tha Carter III sold a million in a week. It won the Grammy for Best Rap Album in 2009. Wayne’s voice dominated the radio for months, including a record about pivoting a routine stop with a lady cop into a sexual escapade, punctuated by his need to “Rodney King, baby, yeah, I beat it like a coooooooop!”

The accolades were bountiful, and remain the reason why many qualify Tha Carter III as the best Wayne album and the best in the series, bar none. While thoroughly disagreeing — rap-heavy preference acknowledged — clinging to the numbers does no justice to what Tha Carter III accomplishes beyond the moment. While Wayne basked in the million-unit moment he worked for ceaselessly since his teens, that very moment came in the midst of a storied battle with addiction.

The double cup became synonymous. He contemplates crashing during his victory lap, he remembers the Louisiana left for dead, and he grapples with being eternally misunderstood through the traumas and triumphs of his short life. (Remember: he was merely 25 upon release.)

The final struggle is what hoisted my teenage mind up: a suburban dweeb with a penchant for words, self-confidence always on the perimeter of my naïveté. Wayne’s superhuman output gave me an inside look into what a Martian was capable of, and what I could be with a focus anywhere within range of him. It’s what kept me fixated on Gossip at the BET Awards, all 5’5” of him breathing life into a sermon with a coat hanging from his arms, flames blaring from the stage.

“And I ain’t dead, I’m alive!” he cried, heart monitor tones blaring over roaring applause. It’s why Shoot Me Down sounds like a final stand at a dead-end in Hollygrove. And as cheesy as Phone Home sounds now, the gimmick wasn’t undersold and the sentiment wasn’t overstated: Lil Wayne is not the same.

This article originally appeared in the Vinyl Me, Please magazine. Their hip-hop Record Of The Month is Tha Carter III by Lil Wayne. Sign up now to get it!