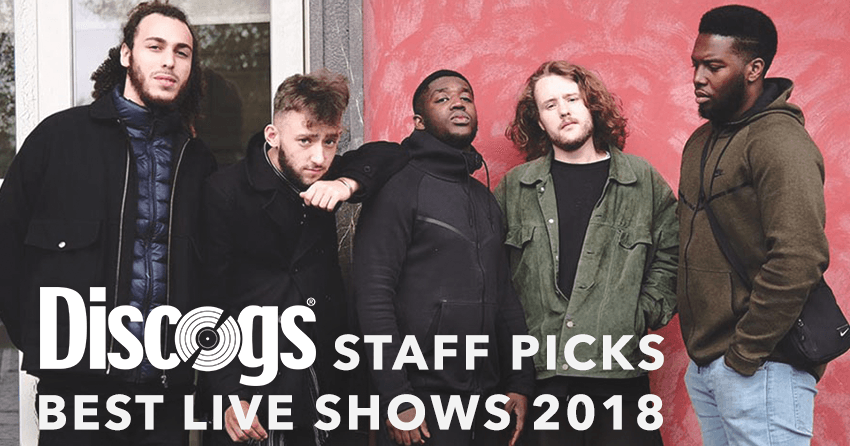 We know the first word that comes to mind when you think of Discogs is not “live music”. But in all fairness, a lot of us enjoy live music as much as we do listening to our favorite records at home. So we love sharing our favorite live music performances of 2018 with the community and we hope that you witnessed some great ones too! Chances are that we might have even crossed paths, who knows!

As it normally happens with all our Staff Picks, our favorite concerts of the year are quite a mixed bag where you’ll probably find some artist or band that you love as much as we do. So, without more ado, these are the live shows of 2018 that left us breathless: 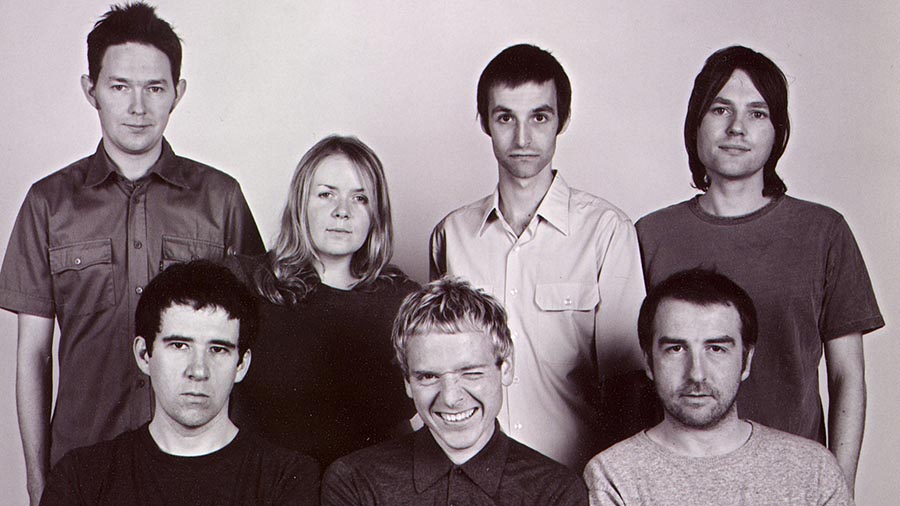 Final show of a rare US Belle & Sebastian tour and the energy couldn’t have been better. Maybe they were just thrilled to be done with it all, but the show was fantastic, with lead singer Stuart Lee Murdoch putting on a class act throughout their 2+ hour set. Michelle Zauner of Japanese Breakfast grew up in Oregon (despite absconding to the East coast), and seeing her in a homecoming show was heart-warming. And wow, she can really rock. With the stage right next to the elephant habitat, seeing the big guys come out to enjoy the show too was such a treat. 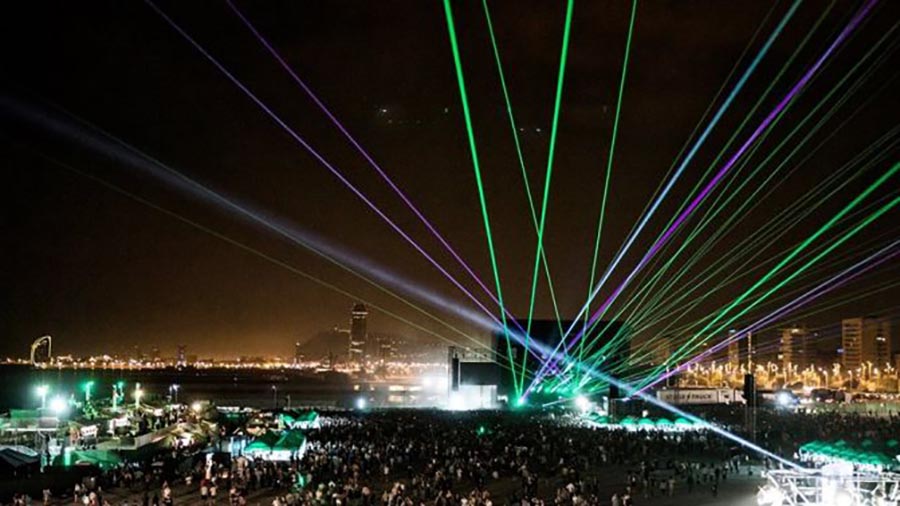 I’m just going to pretend all performances at Primavera Sound count as one; Beach House, Lee Fields & The Expressions, Björk, Four Tet, Slowdive, Carpenter Brut, and Lindstrøm (❤) made it to the top of the list for me – but I, unfortunately, missed many great shows – otherwise Nine Inch Nails (where does Trent Reznor pull so much energy from?!) and Jon Hopkins in Amsterdam. 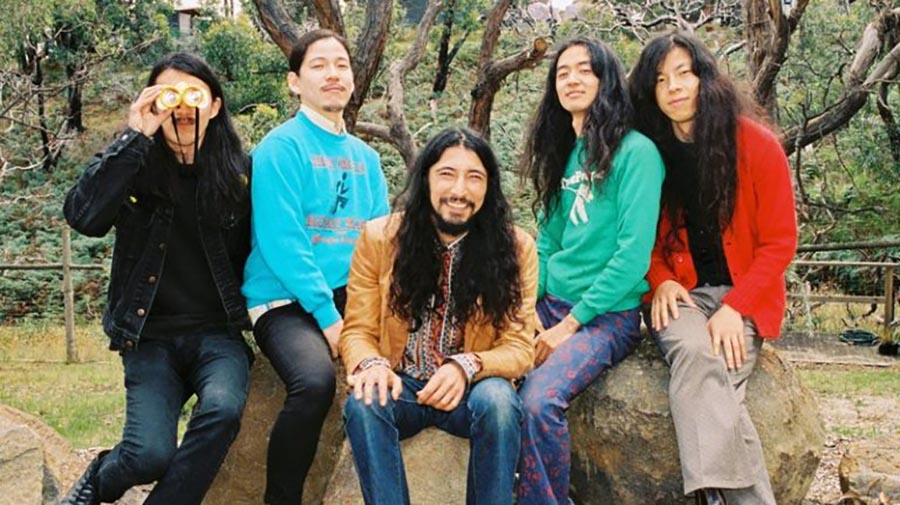 As far as I’m concerned, Kikagaku Moyo can do not wrong. I was lucky enough to catch these cosmic travelers four times this year (Mississippi Studios, Revolution Hall and Pickathon in Oregon, Market Hotel in Brooklyn), each show a heady blend of hypnotic grooves and out there psychedelic wig outs. Not a band to stick to note-for-note album versions live, they playfully stretch out their songs into extended jams with heavy riffage, pastoral folk daydreams and sitar driven trances delivered in equal parts. Not to mention they look cool AF with their long hippie hair and shirts adorned with flowery patterns. Both a throwback to the past and a glimpse into the future of psych rock, I hope I can catch these guys four times next year too!

I kind of want to give it to the Foo Fighters at the Moda Center because they unleashed a killer Ramones cover and I got to see Grohl play the drums… BUT I am going to have to give it to the Dropkick Murphys and Flogging Molly Summer tour. As always, it was a party, and you can’t beat the energy these fans bring. The smaller venue (The Cuthbert Amphitheater) helped this experience pack a lot of punch and you could feel the sound in your bones. One of my all-time happy moments in 2018. 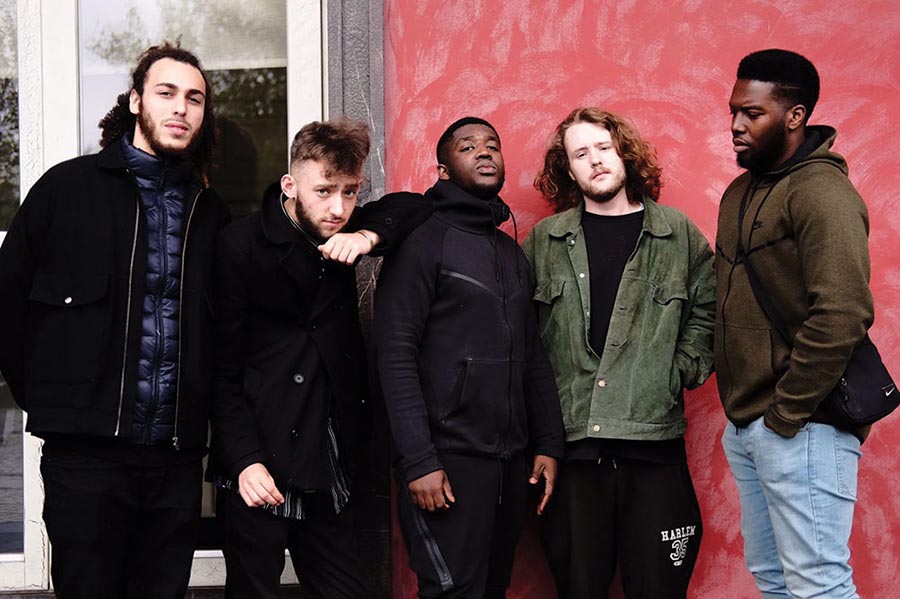 Ezra Collective at Paradiso took the crown for me (so far) this year – a really nice Latin Jazz gig with loads of soul and heart- more dancing and waving than beard stroking and nodding (though I am a fan of either!). Can’t recommend them live enough, one of the best riding a strong wave of Jazz music coming out of London at the moment! 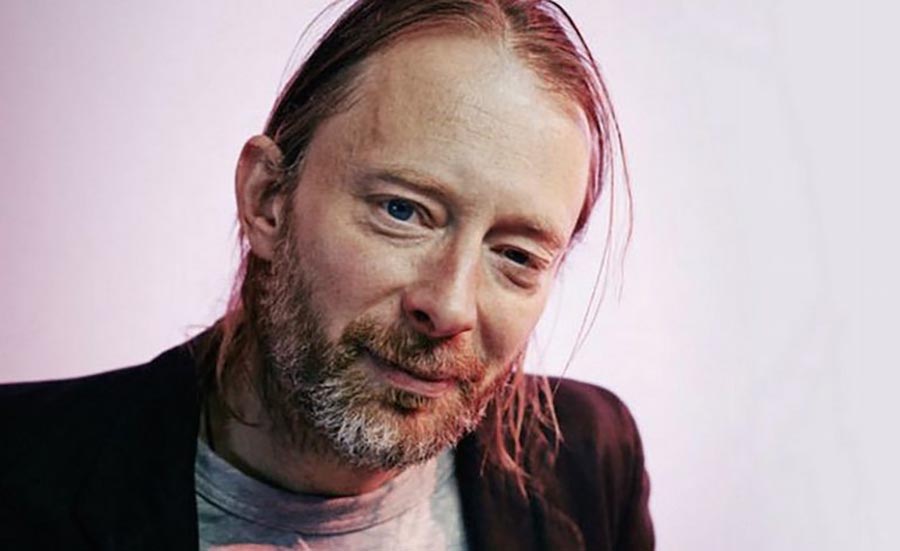 Think it would have to be Thom Yorke at the beautiful Carré Theatre in Amsterdam. This was the first time I saw him solo and he put on an amazing show. The lights, dancing and intimacy makes this my fav for 2018. Plus it made me discover Oliver Coates who supported him and I have been listening to his album from this year (Shelley’s on Zenn-La) a fair bit since the show. 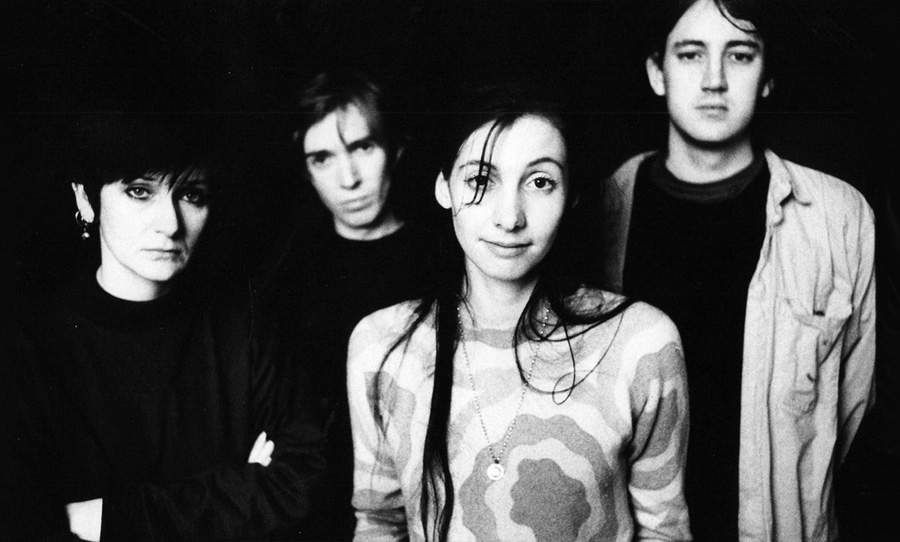 So. Many. Incredible. Shows. This. Year.

Now seriously, in 2018 I got to see killer shows by Kendrick Lamar, Nick Cave, Fever Ray, Iceage, Niño de Elche, Spiritualized, Björk, James Blake… But probably the gig that will have a special place in my heart forever will be the comeback concert of My Bloody Valentine during Robert Smith‘s curated Meltdown 2018. I’m not going to get much into detail, but thanks to my friend Andy, my brother and I made it to meet Kevin Shields. I’m still having a heart attack since that day. The concert was beautiful too, and the visuals, and the crowd. Life can be crazy sometimes. Andy, if you’re reading this, thank you for making us the happiest people in the world for a night. 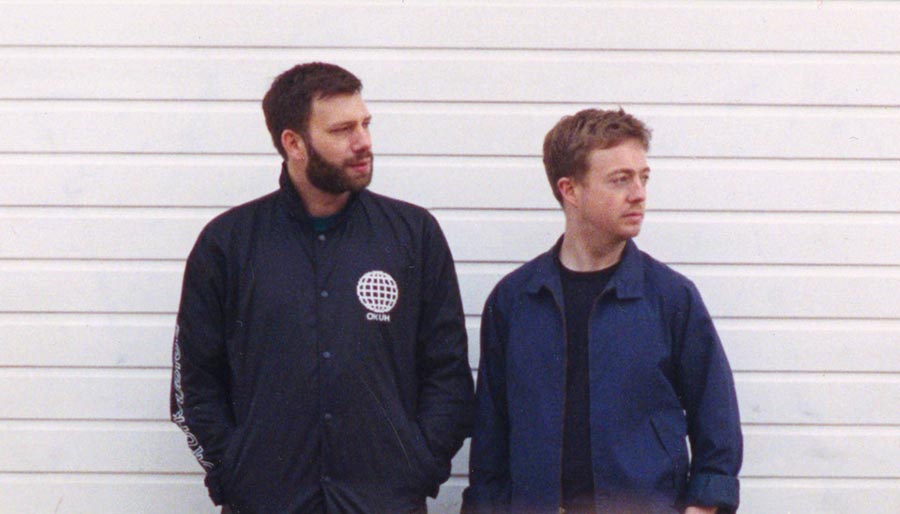 I love when a band surprises you with their live performances. I love when the song that used to be your least favorite, suddenly becomes your all-time favorite once you hear it live. This happened to me last May at a Mount Kimbie show. Before the show, I liked Mount Kimbie a lot. I played the crap out of Cold Spring Fault Less Youth when it came out in 2013 and kept it in my regular rotation for the next five years. Honestly, I was getting to a point where I had played it too much. It wasn’t moving me the way it once did. Then I saw them at Star Theater in Portland, Oregon. Their performance was completely different than I thought it would be. I was expecting it to be a chill, hip-hop vibe affair – which is totally cool. However, it was a full-on, in-your-face ocean of sound coming at me in a very Joy Division-y way. So good. Good enough that I bought the other albums and they are all in my permanent rotation. 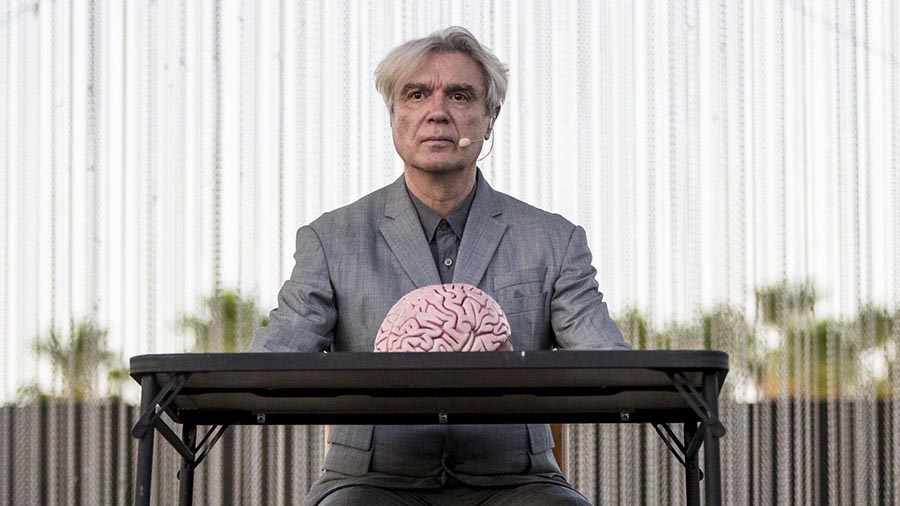 It’s a tie between David Byrne in Amsterdam and Iggy Pop at Paaspop festival. David Byrne because he brought a completely new angle to what a concert should be or look like, very inspiring and amazing to watch and listen to. Iggy Pop because it was incredible to experience the complete change of energy in the venue the moment he entered the stage!

A Lot of Stuff 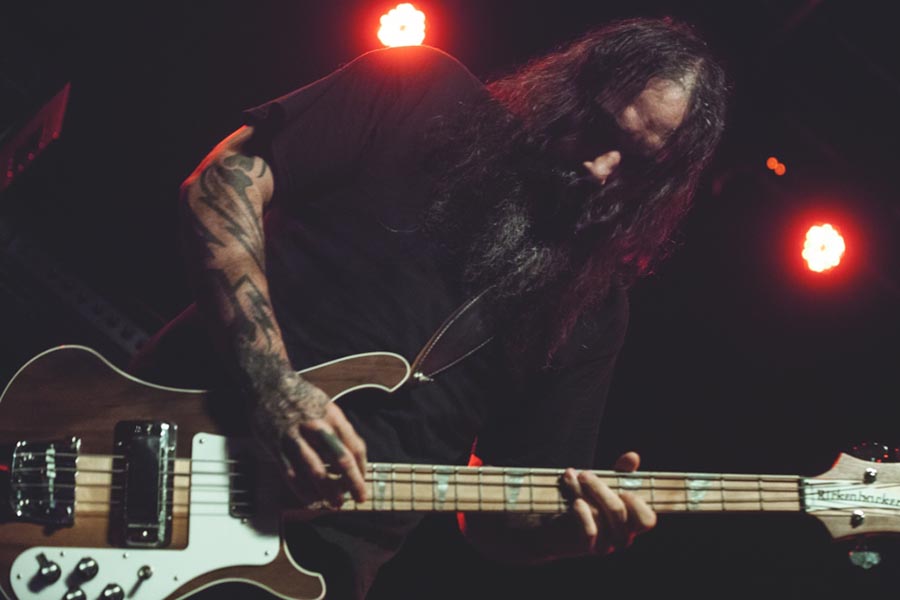 Choosing one performance from this year only, damn that is hard! I can’t sorry… I have enjoyed so many live shows, DJ sets and concerts this year.

I loved seeing Big Brave again early this year, they are so powerful and intense, also a pretty chill band to talk to.
This was at OCCII, where I also enjoyed Oiseaux Tempête and the Zenevloed label event!

Gnod’s and Insect Ark concert at dB’s was sick and we all went a bit crazy!

I was able to see The Bug three times this year, he played with Khan at Melkweg where low lights and massive sound system made the venue bounce. However, his show at Dekmantel with Miss Red was fire and, she saw me dancing the way she was dancing so she came to me to dance together, OMG!

Dekmantel was awesome as well, I got to see (finally) my favourite musician playing live, Four Tet opening concert was so special! The best acts of the festival for me were Aurora Halal playing live with Relaxer, they are so tight! Clark performing Death Peak live had some crazy lights and dancers, say what?! Then I would say Samuel Kerridge broke me up with his industrial sound!

Rewire was also something to remember, artist like JASS, Volvox, The Thing, Lanark Artefax and Visionist really blew my mind!

Roadburn was filled with dope acts! The jam East Meets West Jam with Earthless & Kikagaku Moyo completely improvised was super special! Waste of Space Orchestra, who are Dark Buddha Rising united with Oranssi Pazuzu, are simply out of this world, their show does not look human but something else! Bell Witch playing Mirror Reaper almost makes me cry, these two are incredible. Zonal ft. Moor Mother bass and raps were super intense, maybe one in a lifetime that I can get to see Justin K Broadrick and Kevin Martin together? Hope not!

Then many other crazy shows like: Godflesh, The Heads, Godspeed You! Black Emperor, Mizmor, Minami Deutsch, Horte… that festival is simply too incredible! Can’t wait for next year!

Last but not least, I must say, Sleep playing in Tivoli was one of the best concerts of the year and they are coming to Roadburn in 2019 to play both Holy Mountain and The Sciences in full, come on, is this real?! It’s gonna be so good! 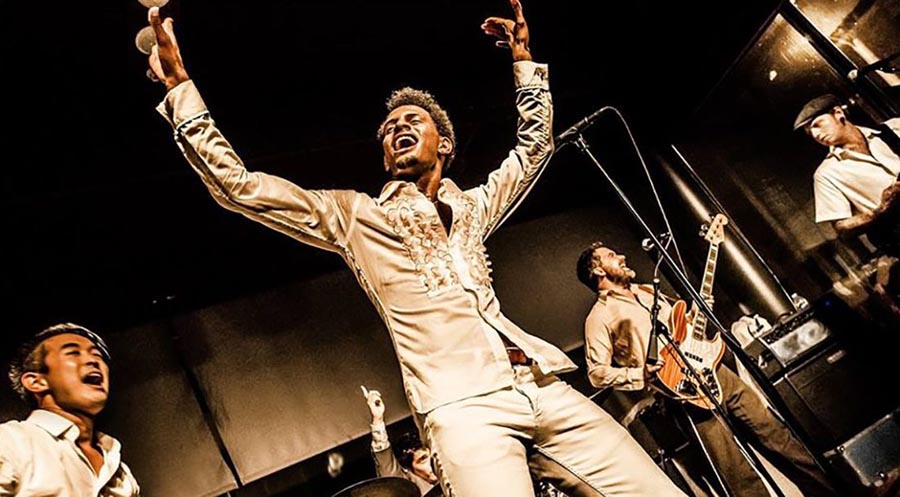 Incredible musicians with tons of energy! The onstage presence was magic and quality of sound like nothing else! Even if you haven’t heard of them, definitely check out their live performances.

Strange Sounds From Beyond 2018 (Amsterdam, NL) 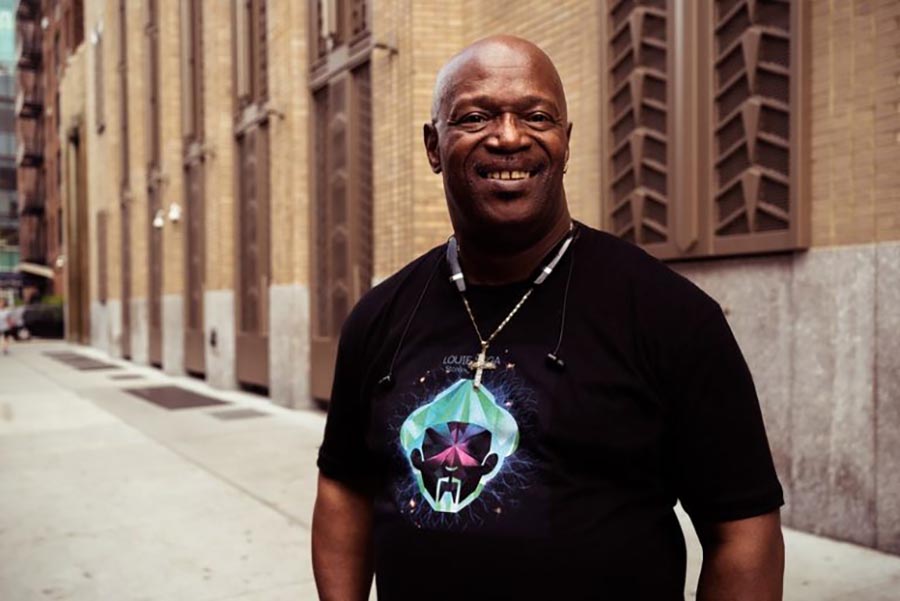 Leroooooyyyyyyyyyyyyy (not Jenkins) but Burgess. Disco producer legend, showman extraordinaire, the king of all things Disco is back on the stage for a year or 2 now. I finally had the chance to witness this historical event at Strange Sounds From Beyond. He played all the classics and we also got the chance to have Christine Wiltshire from Phreek to sing that classic weekend track. A magical moment, I will never forget! 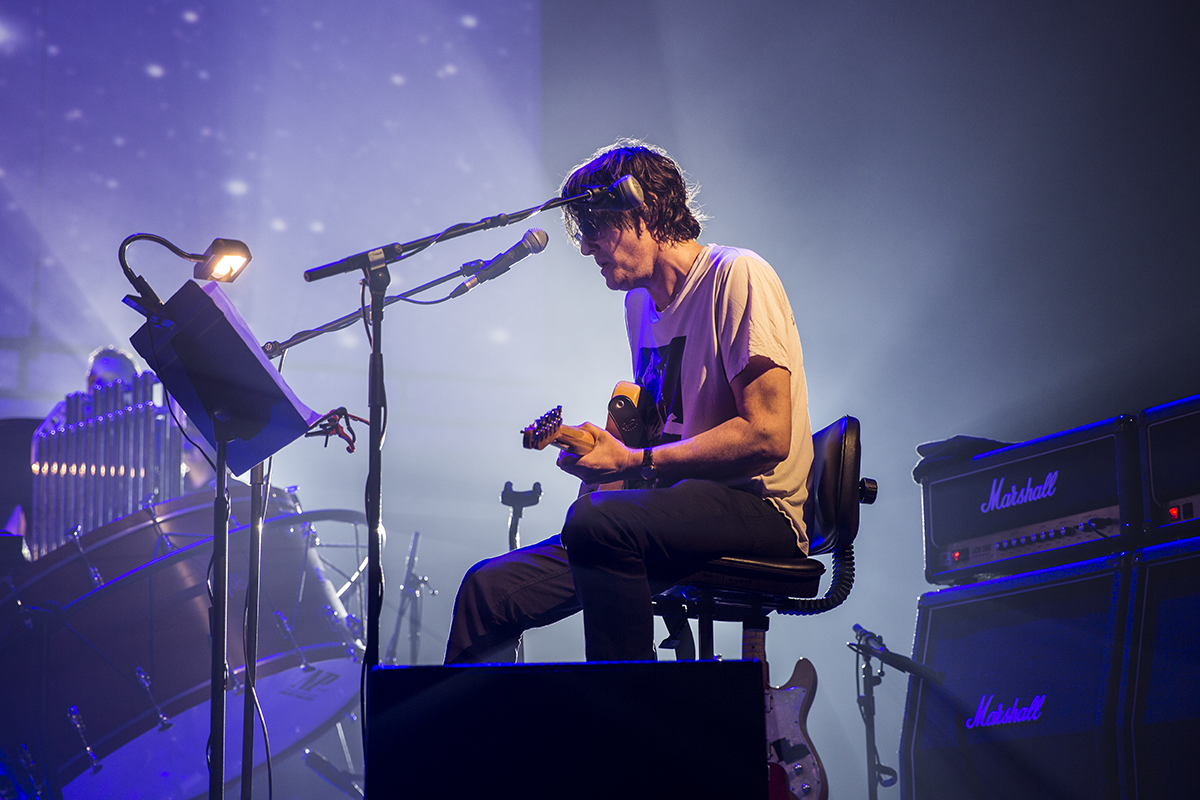 I have no words to describe how beautiful was enjoying “Ladies And Gentlemen We Are Floating In Space” songs with an orchestra and a choir into a sold-out Auditorium. It made me feel so special. This is probably one of the most astonishing albums I’ve ever listened and having the opportunity of listening to the songs in an environment such as that was amazing. Psychedelia meets Gospel meets floaty music. I cried watching that show. It was a cosmic experience. 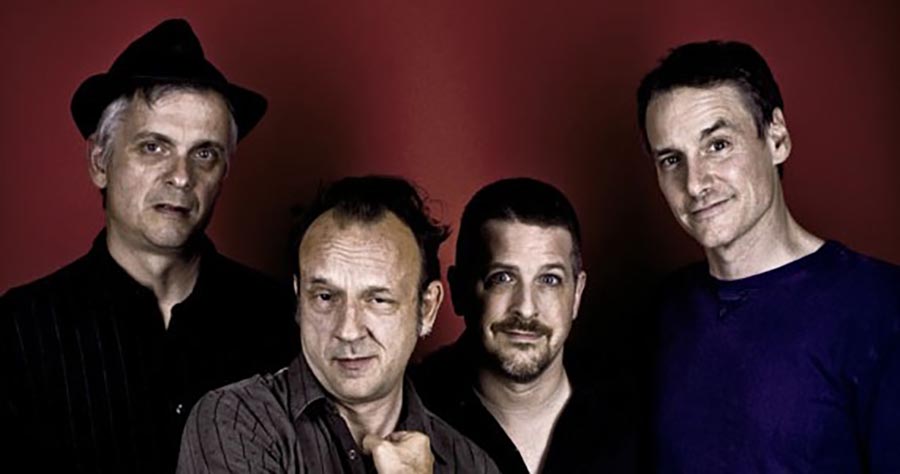 They’ve still got it! 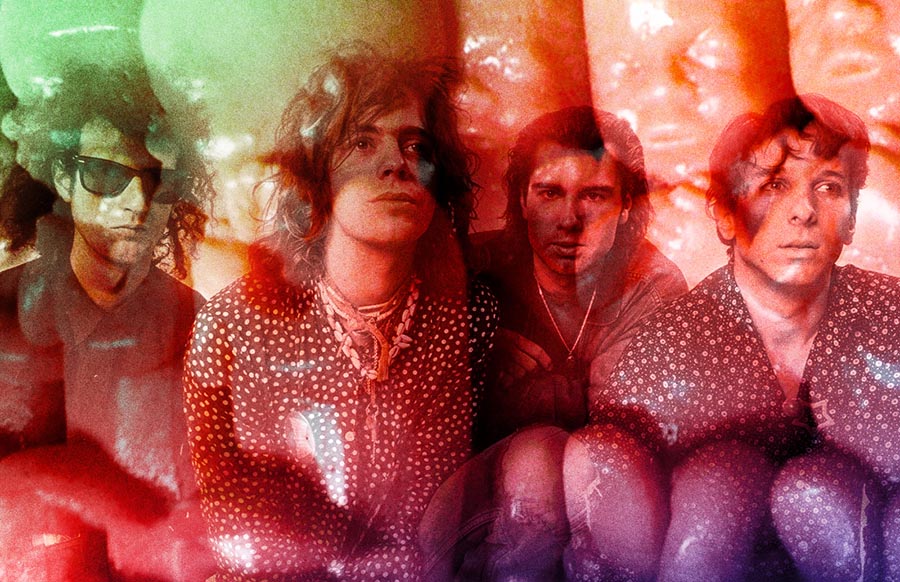 I saw the Flaming Lips for the first time a few weeks ago and holy hell. Why isn’t every show I go to like this? I was so filled with joy but also regret at not having seen them sooner. 2018 was a killer year for gigs, and I got to catch some incredible festival performances by Nick Cave, Anderson .Paak, IDLES and a tonne more. But seriously, Flaming Lips. Incomparable bliss. 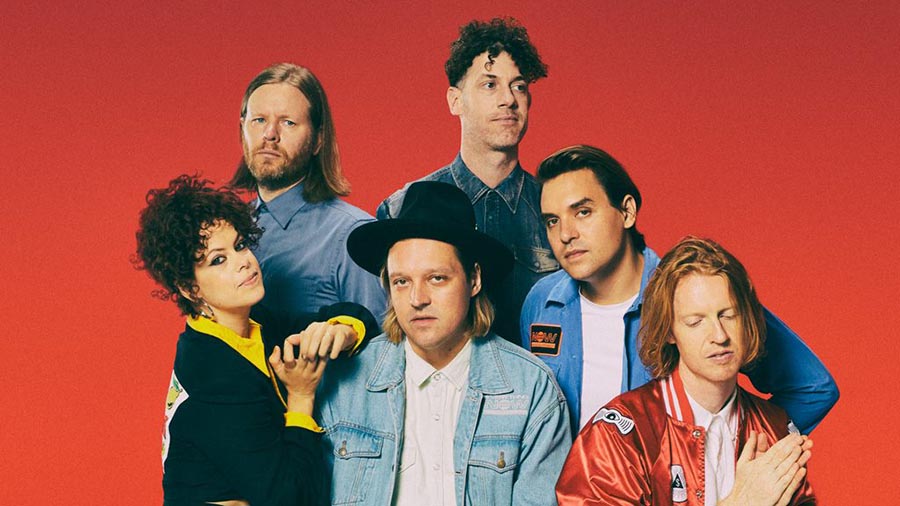 “Make sure you look for the blue tape on the floor,” my cousin Jill wrote to me in October 2017, half a year before the show. “It leads them into the arena and up to the entrance gate at the stage!” Jill had just seen Arcade Fire the night before, and was already excitedly messaging me how we could get the best spots for mine and my girlfriend’s Arcade Fire show in Antwerp in April. Sylvia and I took note and six months later we arrived at the Antwerps Sportpaleis, 3 hours before the show was scheduled to start, with her tips in hand.

The show was perfect. We stood right at the spot where the band finished their way through the crowd and jumped up on stage. We bopped and sang and danced in front of the stage in their shadows for the rest of the show. The set ended with the Preservation Jazz Hall Band coming on stage and closing with “Wake Up”, and then they all hopped back into the crowd and danced their way past us.

It was one of those special shows where the atmosphere matched your emotions and you knew every song the band played. “Why can’t every night be an Arcade Fire concert,” I wrote back to Jill after the show. “Ya life is pretty much downhill after an Arcade Fire show,” she agreed. “I was depressed for days!!” Ah, post-concert multi-day depression glow – definitely the sign of the best live act of the year.