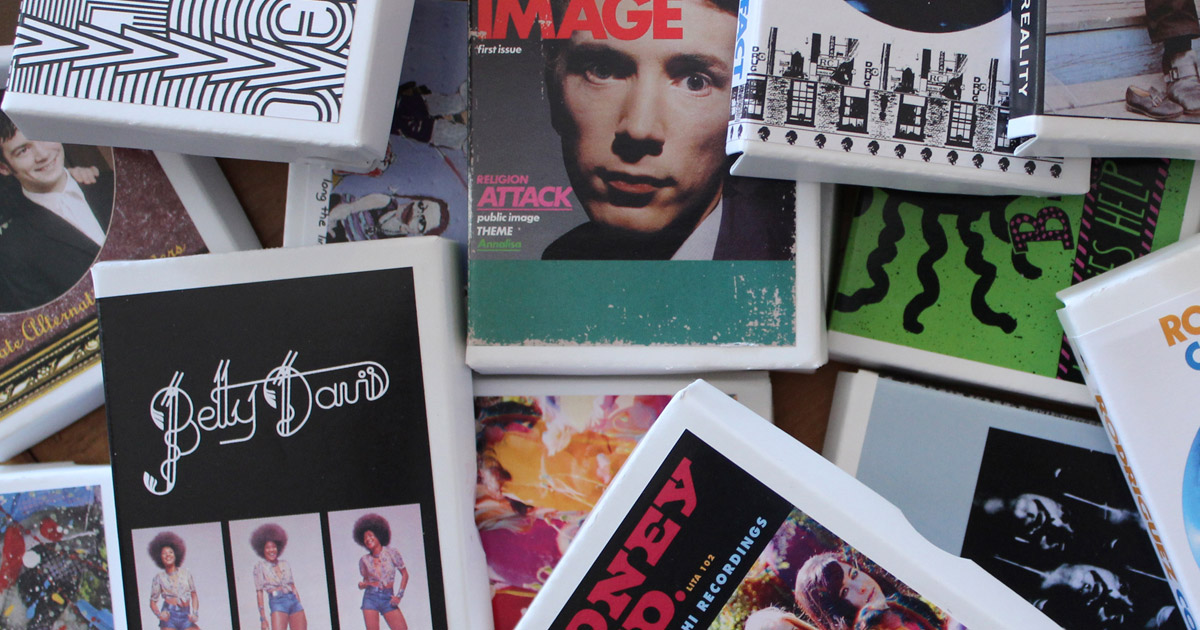 With so much hype around the cassette revival, and with the nay sayers refuting that it’s just a flash in the pan, we dug into Discogs Data to uncover what’s really going on. According to Discogs, it looks like the naysayers need to take a back seat. Cassettes are back in a big way. With the world’s largest and most comprehensive music database at our fingertips we can uncover high level trends such as:

What Does The Data Say?

Cassette tapes are the fourth most common format in the Discogs Database, making up 6% of all releases.

They were at their peak in 1994, but just as they were beginning to eat into vinyl’s market share, CDs took over.  Both vinyl and cassette production completely crashed at this point. Now with the advent of downloadable and streamable music, CDs have in turn crashed and continue to drop further every year. Both vinyl and cassettes, however, are coming back.

What you see above in production patterns is also reflected in the behaviour of our users, in particular through their Wanting and collecting habits. The number of cassettes Wanted has been increasing steadily since 2013, with surges at the end of 2015 and 2017.

One of the most telling signs of a release’s popularity is the ratio of  Wants to Haves. Haves here is just a proxy for how many users have a certain release in their collection. According to data, the average ratio of Wants to Haves for all Cassette releases in 2018 was a whopping 238%. Compared with the site wide average of around 60% this is a sign that something big is brewing.

Why Is It Happening?

There are some pretty obvious reasons why cassettes are popular again. They have a certain charm about them, especially the packaging. Then there’s the quaint nostalgia for a long dead epoch in which we could touch and feel everything we loved, including our music. Back then, if we loved a person enough, we could even make them a cassette mixtape of our favourite songs (probably recorded on the fly off the radio). Surely this plays a part in what the marketing teams behind the big cassette releases of the past 18 months are going for.

Another thing to remember is that people tend to speak with their wallets. But then why, I hear you asking, would anyone fork out for a cassette when they can have almost anything digital at their fingertips for a fraction of the cost per song?

Perhaps it’s because the cassette revival is not demand-driven, but supply-driven. Instead of looking at sales of cassettes, we see a different story when looking at their production (especially the styles being produced). The graphs below show the number of unique releases for each of the most common styles that cassettes have been tagged with on Discogs. Many more would have actually been produced. 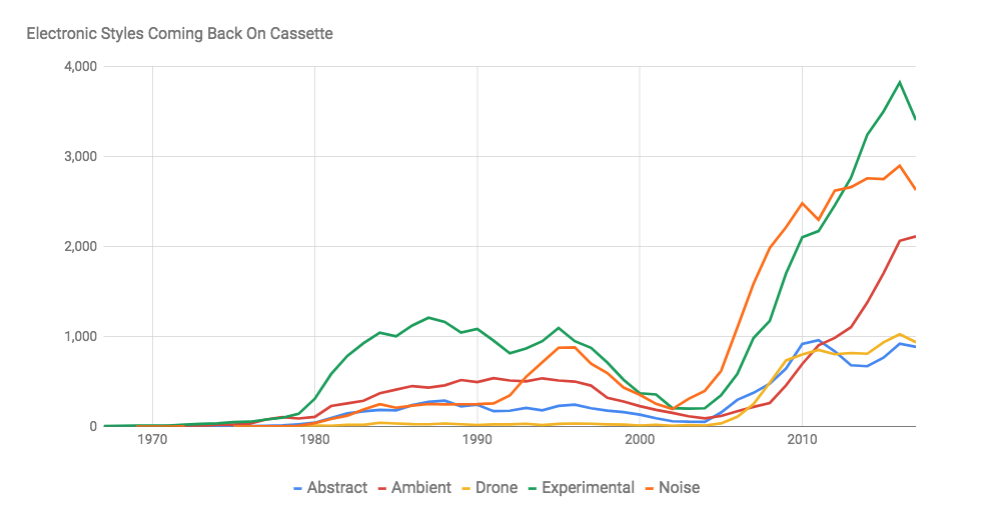 Nor experimental, noise, or ambient.

These days, the most profitable means of distributing music is via streaming and digital download services like Spotify and Bandcamp — if you can get the music in front of an audience, that is. But physical media really puts a name and a face to an artist. It’s also a tangible sign of the artist’s commitment to their music, which is something a lot of listeners get behind.

Of all the physical audio media, cassettes are one of the most portable and durable (especially compared to vinyl or CDs). They’re by far the cheapest to produce — especially in small numbers! Depending on the length of the recording, the artwork choices and where you want them delivered, you can record a run of 50-100 tapes for as low as $1 to $2. You would have to get a lot more CDs to get such low per-unit costs. For vinyl records, it would simply be impossible! You can even record your own cassette tapes at home with a very simple (but time-consuming) setup.

How Are Cassettes Produced?

Introduced by Dutch Electronics firm Philips way back in 1962, compact cassettes eventually replaced 8-track tapes and reel-to-reel tapes because they were cheaper, easier for non-professionals to use, and more durable. There is a common myth that they sound terrible, probably perpetuated because many tapes were listened to on inferior audio gear. With the right gear, a cassette can actually sound phenomenal.

They’re cheap because their component parts are cheap and easy to put together: magnetic tape spun over two spools inside a plastic shell. The outer shell also protects the tape from being damaged (unlike the more “open” reel-to-reel tapes).

We could tell you more about how they’re made, but this video is much, much prettier…