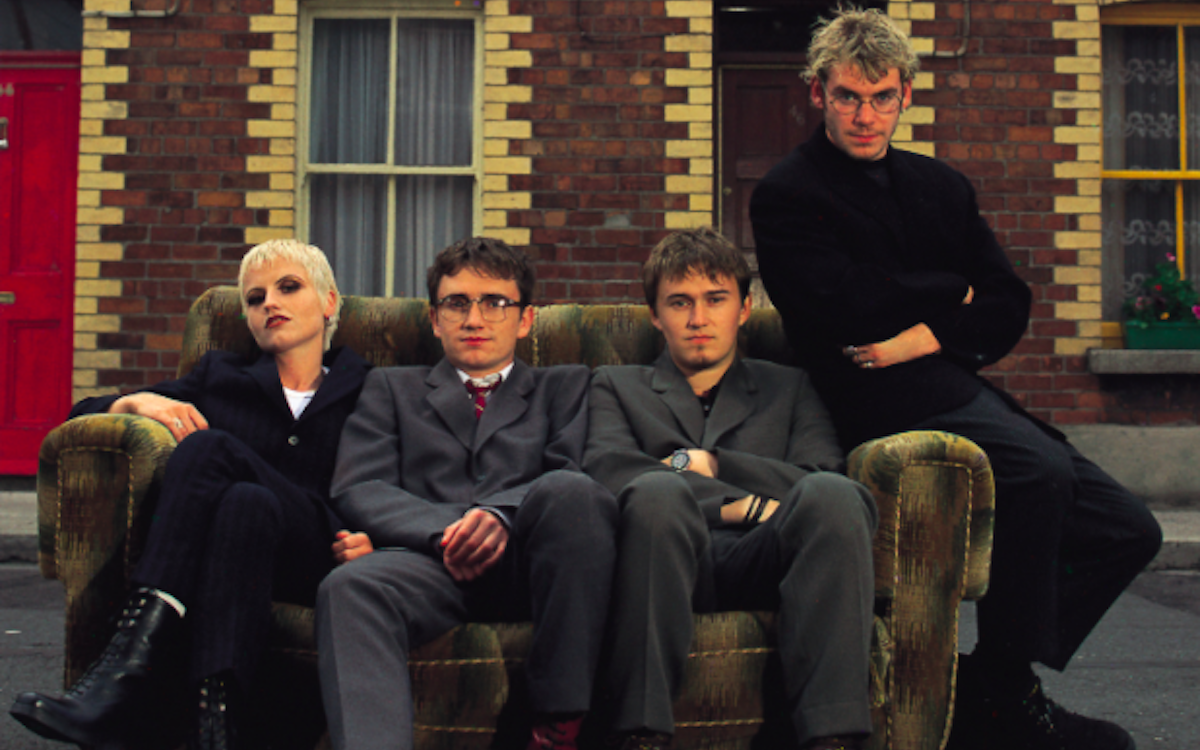 I’m sure everyone says this as they get older, but when I was asked to write about the expanded and remastered 25-year anniversary edition of The Cranberries‘ seminal second LP No Need to Argue, my first reaction was, “How could it be a quarter of a century since the record’s original release?”

I went back and started looking at the band’s various videos, which as a catalog have racked up eye-watering numbers of views; many of the tracks have become interwoven into everyday existence, there in the background of our lives- even if you do not realize it. Whether it is hearing the second single from Argue, “Ode to My Family,” over the speakers as you do your weekly grocery shopping or catching the tail end of “Linger” from their 1993 debut record Everybody Else Is Doing It, So Why Can’t We? in an Adam Sandler film, the smash hits from their songbook are almost as prevalent today as they were more than two decades ago when the group from Limerick, Ireland first came to global prominence. 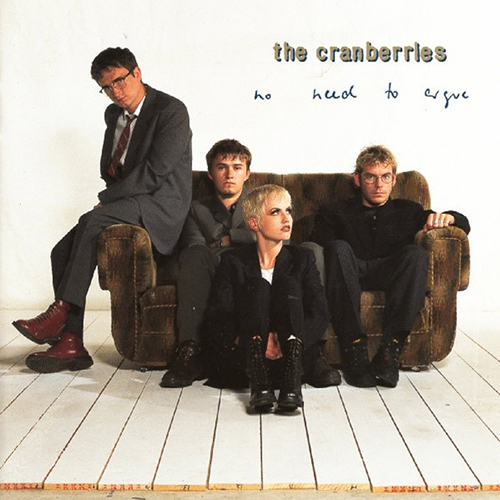 If you look at the full body of work — the record sleeve art, the music videos, the songs themselves — The Cranberries really are an example of a moment in time that somehow slipped away: a brief glimpse of the female rocker and songwriter as having equal standing as an artist, not just eye-candy, to her male counterparts. The 1990s were chockablock with female-fronted bands. From Brit-pop royalty Echobelly and Sleeper to rock/electronica cross-over supergroup Garbage and ska-punk Orange County teens No Doubt, girls were to the front and center of both the stage and the airwaves.

In 2020, there is a lot of discussion about the current disparity between girls and boys in both music education and in all areas of the industry. You see this even more once you start looking at (the almost forgotten experience) called the live show. The difference between the number of female to male performers is staggering, the spare woman being the exception to the often dominant male line-ups. This is especially sad when you examine the array of lead ladies from this blink of the 1990s who seemed to be blasting a path for the next generation.

Watching the late Cranberries lead singer Dolores O’Riordan perform is a masterclass in that rarely perfected skill of being both naturally beautiful but completely herself. Her appeal comes, of course, from her multi-octave vocal range and the occasional yodel, but also from her unapologetic individuality. What do I mean by this? She has short hair, her teeth aren’t perfectly straight, and she looks, well, human and relatable. This makes the music — from the angelic and breezy first 1992 single “Dreams” to the zesty pop romp “I Can’t Be With You,” the third single from Argue –– biographical for many listeners. O’Riordan is quirky, and not trying to be a perfect paragon of anything or anyone but herself; she had her own style and sound.

At the same moment, as The Cranberries came to prominence, there were other female-fronted bands stomping up the charts, each with their own vibe. Shirley Manson of Garbage was the darker, cooler, grungier older sister you wished you had with snarling sexuality dripping from every note delivered; No Doubt’s Gwen Stefani worked the playful cute tomboy next door look, wearing bondage pants, vintage clothes, and baseball hats while howling into the microphone. None of these girls looked similar; what they shared was the emanation of power, a strength brought on not by their suggestive lyrics, provocative dance moves, or jiggling cleavage, but instead by using their own idiosyncrasies as a source of tenacity instead of airbrushing them away. They were not interchangeable. Maybe it is just nostalgia; maybe culture just evolves and omnipresent lip fillers are the accepted way forward for all pop stars.

However, it is important to note that another subtle description links The Cranberries to the other groups mentioned above: the use of the word “alternative” to categorize their genre of music. Similar to the application of “new wave” slopped onto many bands that featured synths in the 1980s, the “alternative” label was often lazily plastered onto any artist that did not neatly fit the framework of prototypical pop fodder in the ’90s. In retrospect, the tag seems almost ominous — “alternative” in this context being any band not willing to be put through the sausage machine of same-dom for a successful hit.

This is even more potent when viewed through the lens of another track off of Argue, The Cranberries’ best-known song, the haunting “Zombie.” Written as a protest tune by O’Riordan about the 1993 IRA bombing in Warrington, England, it pays homage to two of the tragedy’s young victims, Johnathan Ball and Tim Parry. Almost 30 years after its release, “Zombie” became the first song by an Irish band to have more than 1 billion views on YouTube. Its potency is illustrated by the almost 500 million Spotify streams, showing the current hunger for music that addresses political unrest and socially uncomfortable issues head-on.

This stark, stripped-down honesty is present across all of Argue, from the muted cover art featuring the band on a sofa — a prop which reappears across multiple LPs and singles alike — to the subtle lushness of the potent production provided by Stephen Street. These attributes led to the original pressing of No Need to Argue selling over 17 million copies worldwide. The new and expanded 25th-anniversary edition includes all the classic and beloved tracks, as well as a bounty of rarities and never-before-heard gems, unseen photographs, and songs previously only available as poor-quality bootlegs. Yes, maybe I am nostalgic for a moment when it seemed ladies could, in the words of Queen Latifah, be first. This record in all its upgraded 2020 glitter proves how the unbreakable power of a strong female is truly timeless.

Published in partnership with UMe/Island Records.