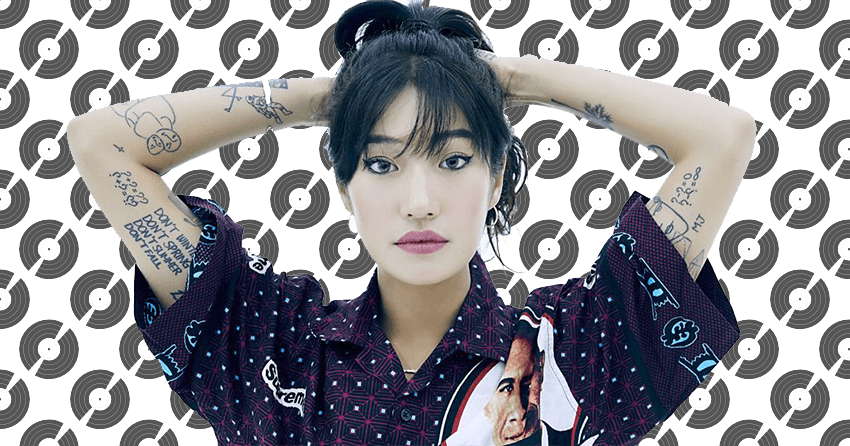 To say that Peggy Gou is having a good year is an understatement. Following high-profile features in publications like The New York Times and The Guardian, the 28-year old Berlin-based South Korean producer has been on a whirlwind tour playing some of the biggest clubs and festivals in the world. Her 2018 EP Once was practically unavoidable last summer and her 2019 Dj-Kicks release was met with not-awful reviews from both Resident Advisor and Pitchfork. So it’s no surprise that her momentum is still spinning on the heels of April’s Moment EP, which topped May’s list of trending releases sold on Discogs.

What is surprising is the 12” Freq Nasty ‎– Amped (Dub) / Transforma release making the list, even if it is at position #41. The record dropped in May 2001, a few months after Discogs was founded…18 years ago! It’s catching a second wind, with dozens sold on Discogs in May alone. LA-based Freq Nasty is considered a pioneer of Breaks style, though he hasn’t released anything for at least five years. Regardless, the two tracks on the release are no doubt being played in clubs around the world. Why it’s seeing such a resurgence is over my head though, if you have any clues help me out by dropping them in the comments below.

If indie rock is more your speed than you have undoubtedly come across Vampire Weekend – Father Of The Bride in your favorite online publications and local record shops. Though it might seem like Vampire Weekend is past their prime (their self-titled release hit shelves more than 11 years ago!), Father Of The Bride is without question one of the strongest indie releases of 2019.

Prince and Stereolab each notched multiple appearances in May’s trending releases. The Artist (Formerly Known As Prince) ‎– The Versace Experience – Prelude 2 Gold cassette finally got a re-release, after nearly 20 years. The limited-edition first batch had copies selling for more than $4,000 – making it the most valuable cassette ever sold on Discogs. Luckily, the 2019 RSD releases (available in purple and white) have a median sale price of just under $20.

You’ve heard of K-pop, but how about K-house? All jokes aside, it was a great month for female South Korean Electronic producers. In addition to Peggy Gou, Hye-Jin Park – If U Want It placed in the top-20 most trending releases. The sleeper hit from last year is a must-listen for anyone interested in evolving trends in House music.

There’s gold in this month’s list no matter your musical inclinations. Dig into the most trending releases on Discogs in May 2019 below. #4 – Vampire Weekend – Father Of The Bride #9 – Various – Samurai Champloo – The Way Of The Samurai / Vinyl Collection #13 – Various – Lost In Translation (Music From The Motion Picture Soundtrack) #33 – Prince And The Revolution – Purple Rain Steven Williams
Steven is a Discogs employee and indie radio host residing in Portland, OR. Formerly a member of P.H.C., a found-object free jazz collective, he now spends his spare time learning bluegrass tunes on the mandolin.
Discogs Profile
3 Comments