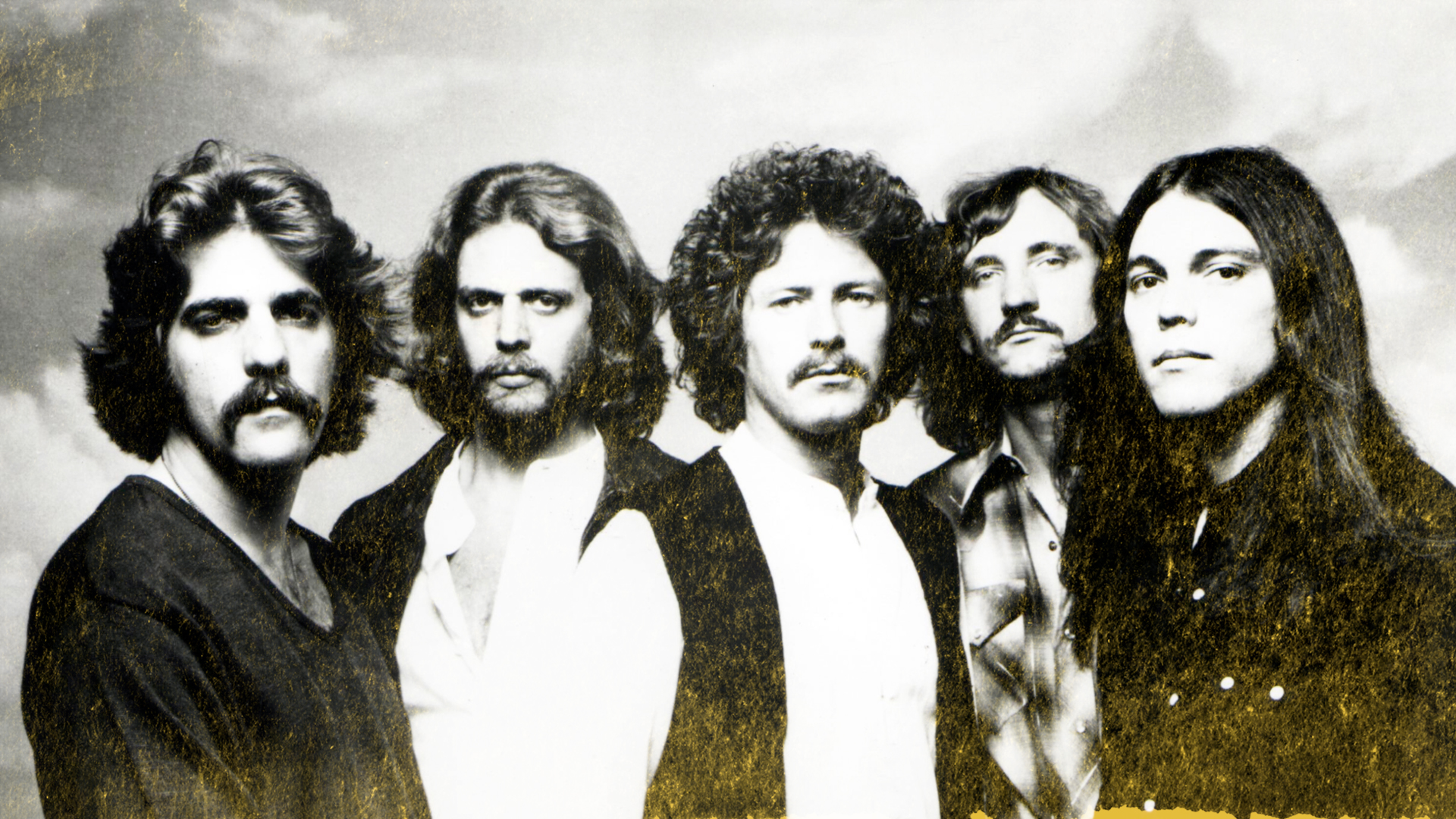 There are dozens of quotable lines in The Big Lebowski but none get quoted with the same sense of manic glee as The Dude’s take on the Eagles, or Eagles if you’re into the whole brevity thing.

“I hate the fuckin’ Eagles, man,” The Dude dramatically complains to a taxi driver seconds before he’s thrown out of the cab for having bad taste in music.

As much as I worship The Dude, I stand with the taxi driver. The Eagles aren’t my favorite band but I like them a lot, enough to put together this story acknowledging the release of a new live album.

Live From the Forum MMXVIII is the soundtrack from a concert film that debuted earlier this year on ESPN for some reason. It’s being released on several formats, both physical and streaming, including vinyl. Recorded after the 2016 death of Glenn Frey, it features Vince Gill and Deacon Frey, Glenn’s son, helping out on vocals and guitar.

It’s basically a greatest-hits show and no matter how you feel about the Eagles, it’s a safe bet you’re more than familiar with the hits. So Discogs thought it would be cool to honor the new album with a list of the band’s best deep cuts, and the overlords wisely chose a guy to write it who still owns One of These Nights on 8-track.

If you don’t want to read the words, here’s a link to a Spotify playlist of Eagles Deep Cutz:

Randy Meisner was the Eagles’ beating heart and secret weapon for a lot of years and this song is undeniable proof. A Meisner original, it’s an emotional deep dive that he delivers at a high level, soaring into the stratosphere with that pure tenor in an attempt to convince us that it actually makes sense to try and love again despite all evidence to the contrary. That’s some heroic shit.

As per usual for his Eagles career, it’s buried near the end of Hotel California even though it’s clearly one of the album’s most perfectly conceptualized songs. His voice paired with this subject matter is pure heaven.

“After the Thrill Is Gone”

A largely ignored cut from the excellent One Of These Nights album, probably the band’s most satisfying overall effort. This track is as good as any of the record’s hits and lands at an especially juicy intersection of country and rock.

It’s a duet between Glenn Frey and Don Henley, which was a perfect decision as it’s a classic country music scenario about what happens when the heat has left the relationship, aka every Conway Twitty song ever.

The Eagles have never sounded sweeter than on this deep cut from Desperado, a loose concept album about a group of Old West outlaws. Some of the outlaws are totally into the life, others not so much. This song deals with a reluctant gunfighter who just wants things to be innocent and normal and not quite so murdery.

The key to this song is the harmonies. Henley, Frey, Meisner, and Bernie Leadon really lean into it — you can almost see them circled around a single microphone, bluegrass style — and their blend is just glorious.

Another Meisner cut, this has a country soul feel thanks largely to an outrageously supple and powerful vocal. There are also some nice dueling guitar leads with (probably) Don Felder and Leadon stretching out, although Frey probably bullied his way in for a couple of bars.

This is from One of These Nights and is the rare instance of a Meisner song getting good placement; it’s the album’s second song, right after the mega-hit title track.

There aren’t a lot of great songs on The Long Run, the album that attempted the impossible by following up the trillion-selling Hotel California. The title track is pretty nice, as is “I Can’t Tell You Why,” but “Those Shoes” has always held a special place in the hearts of Eagles fans.

It’s definitely a sonic signpost for Henley’s rapidly approaching solo career, with a slinky beat and almost robotic feel. It’s also a companion piece to “Life In the Fast Lane,” offering another mini-drama about the desperate lifestyles of L.A.’s rich and famous, one of Henley’s favorite topics.

“Journey of the Sorcerer”

Poor Bernie Leadon. Dude came to the Eagles with by far the most impressive resume, having essentially helped create the entire genre of country rock as a member of the Flying Burrito Brothers and Dillard & Clark. But by the Eagles’ fourth album, One of These Nights, he was being kicked to the curb by Henley and Frey. He would be replaced by Joe Walsh within a few months.

“Journey of the Sorcerer” is a mind-blowing instrumental that approaches bluegrass from an angle not far removed from progressive rock. At nearly seven minutes long, it flies by and leaves you wanting more.

It has a roots-based sound that is very much from the Southern California hippie school of country-rock, with a strong Gram Parsons vibe. This is from the band’s debut album and represents a sound the band would soon abandon as Henley and Frey took the reins.

I’m willing to admit that the Desperado album is a fairly juvenile attempt to sum up America’s 1800s, but its heart is always in the right place. On this song, Meisner crushes it yet again with a deeper look into how one of this album’s protagonists chooses the outlaw life.

It’s a familiar story but it helps maintain the album’s loose concept and gives it some emotional heft. Mostly, though, it’s an incredible performance. Meisner gives his lyrics the perfect amount of gravitas, and this is the perfect start to side two of the album.

“Pretty Maids All in A Row”

It’s safe to say that Joe Walsh was the last guy anyone expected to join the Eagles.

Walsh brought a coarser rock and roll mentality but one that was balanced by an unquestionable sweetness, and “Pretty Maids All In A Row” is one of his best ballads and a stand-out on Hotel California. There’s an uncompromising combination of resilience and regret that never gets old, and its stark realness sets it apart.

Holy crap. This epic closing track from Desperado is the band at its finest or, if you hate the fuckin’ Eagles, man, it’s the band at its worst. Purple prose, melodramatic crescendoes, banjoes! Awesome.

As this track wraps up the narrative, it focuses on a final gunfight and then brings back Desperado for a big finish that never fails to raise goosebumps. Thanks to that one episode of Seinfeld, the Desperado album has forever been tainted, but it’s a minor classic well worth exploring.