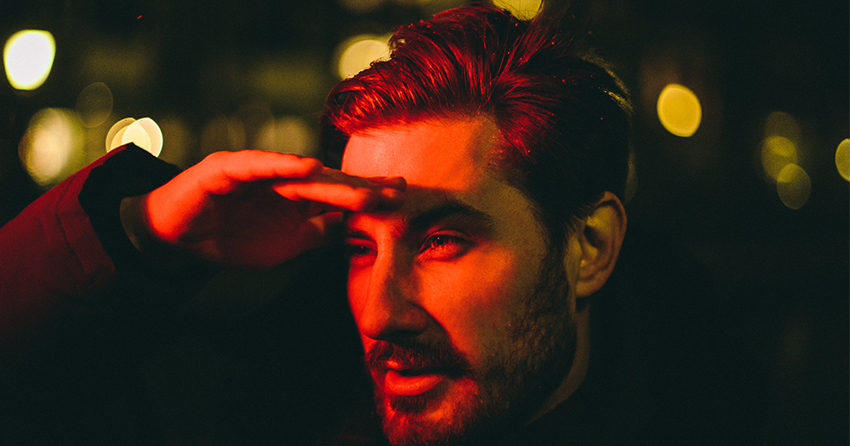 Jan Schulte is a busy man. Under his alias Bufiman, he has become one of the most revered selectors worldwide. I met him for a hot second during the Discogs record fair during ADE back in October. Some things have happened to him since that first brief encounter, probably the most remarkable one is that he has released his first full-length album: Albumsi. For an album that feels like a multi-verse of the sound realms that Bufiman visits as a listener, it’s curious that the record opens with “Galaxy,” a song whose mantra is: “welcome to the gala-galaxy!” How many times have you been greeted into a record before? His work feels like that, a galaxy of sounds and influences, an explosion of color and tracks that pour into each other creating an interconnected Milkyway that rewards the listener every single time.

Since the summer of 2018, he has turned music into his full-time job, putting all of his energy and free time – his DJ schedule is tight on the weekends – into creating Albumsi. For a record spanning more than 80 minutes, I was surprised to learn that it took him around one year to create it. Its length is not the most striking aspect about Albumsi, that honor has to go to the level of detail and how rich and varied it is. It’s straight-up one of the most stunning electronic records of the new decade.

The fact that Bufiman is based in Düsseldorf is not exactly a clue of what you’ll find in this album. His extensive touring routine has taken him to every corner of the world and that shows here in multiple ways. Digging in many of the countries he’s visited as a DJ is one of the keys to the sound of his debut: “I work in this room where all my records and my gear are. When I’m stuck with a track, I just turn around and go to pick up some records I haven’t listened to for some time. And maybe there I can find something: a sample, an idea… As a creator, I rely a lot on my own experience as a music fan.”

He is indeed sitting right in front of a massive wall full of records. Throughout a lifetime of digging, the collection of Jan could easily help him to create new music endlessly. But what’s really nice about his approach to music collecting is that, as it happens as well with many fellow DJs and producers, buying records allows him to share his finds with fellow music lovers. And he’s serious about it: in the past, he would wake up before 6am to be the first one to scan the vinyl crates of the Düsseldorf flea markets to score the rarest records available.

The passion that Bufiman expresses about Discogs and the role that it has played in his life over the years is eye-opening: “Discogs has always been connected with being hungry for knowledge and learning, learning, learning… If a release is not on Discogs, I’m instantly like BINGO!”

His knowledge of Discogs and its community goes further: “I love reading the feedback that the community leaves on the release pages, I know it’s always very insightful and it comes from fellow knowledgeable music lovers. I know that four Discogs users dropped comments about Albumsi!” He also masters the Discogs humor, you just need to check the picture for one of his many aliases.

To celebrate the release of Albumsi, we have asked Bufiman for the five records that shaped his debut album. The Chemical Brothers – Dig Your Own Hole

After agreeing to do a Bufiman album for Dekmantel I realized that I generally listen to single tracks more than to full long-players. Reminiscing I noticed that Dig Your Own Hole and Quasimoto‘s The Unseen might have been the albums that I listened to in full length most times.

Both albums although different in direction share a very narrative approach. On Dig Your Own Hole most of the tracks are interweaved and even occasionally share elements with each other, which inspired me to do the same for each vinyl side of my album.

When I bought it as a teenager this was one of the first records that I heard combining hip-hop and breakbeat elements with electronic club music in a natural way.

I rarely had money to buy albums when I was young so I remember listening to this and Daft Punk‘s Homework for almost the whole playtime in the local music shop… and in the end decided for the Bonus Beats Orchestra aka the Dust Brothers. From 1995 to 2002 there was a tv channel in Germany called Viva Zwei that was mostly dedicated to alternative and independent music directions. Their broadcast was so good and diversified it seems hard to believe it even existed. It had a huge impact on my music knowledge and interests, and I remember them showing the music video to “Come On Feet” by Quasimoto.

Its deepness and atmosphere were almost unsettling to me but really fascinating. This whole thing of the Beat Konducta about finding an odd bit of vocals on a record and then cutting it to a conversation with him, even with the two personalities of him is just mad (-lib).

What made the song even more strange are the loud clacking sounds out of the movie La Planète Sauvage that he apparently sampled from VHS, as he didn’t even know that a soundtrack on record existed!
At the time I discovered this album I also discovered sampling for myself, and his approach and a broad selection of all kinds of bits and pieces inspired me a lot.

Further, it still makes me very happy to accidentally find something he sampled while digging or researching for new music. Brian Eno & David Byrne – My Life In The Bush Of Ghosts

This record still sounds contemporary today, sometimes I think even more than ever, besides the innovative use of sampling the whole sound aesthetic of it still sounds fresh and alive.

From the perspective of a DJ the variety of different tempos in the tracks makes it possible to always have a fitting track to continue, basically the whole album is based on driving grooves.

To me, this is one of the greatest musical works of all time. Especially on the C-side of my album, or on D1 “Coolness” the influence on this to my music is clearly audible.

I have a general fascination for records that had a huge influence on specific scenes without ever planning any of that. Some of them did not even mean too much to the producers, like for example “Nautilus” by Bob James which was apparently just a filler for his album, but ended up heavily sampled and cut in the hip-hop scene.

This record by Michael Viner‘s Incredible Bongo Band – which was not even a real band and likely more a gathering of studio musicians – accompanied me since I was starting to breakdance at the age of 13, and I guess the bunch of musicians had no idea these sessions would turn out so iconic.

After years of usage in the old-school hip-hop scene “Apache” still is the ultimate b-boying theme, and it’s iconic drums even pop out in other iconic works like Goldie‘s “Timeless.” This track is just one of the funkiest jams ever recorded, it’s level of funkiness and groove is just nasty!

The beginning of it, going from this wild nasal freestyle play on a synthesizer flowing into first the drums and then the full band always fascinated me.

My track “Blow Your Head” started with a rhythmical pulse of a nasal synth and drums too, and I decided to do a homage to the tune by Fred Wesley & The JB’s… but soon I realized I am not able to play any instrument as funky as anything in the original so just the title stayed as at least a hint.

If you can’t get enough of Albumsi, you can catch Bufiman’s live set at Dekmantel 2020 on Friday 31st July.