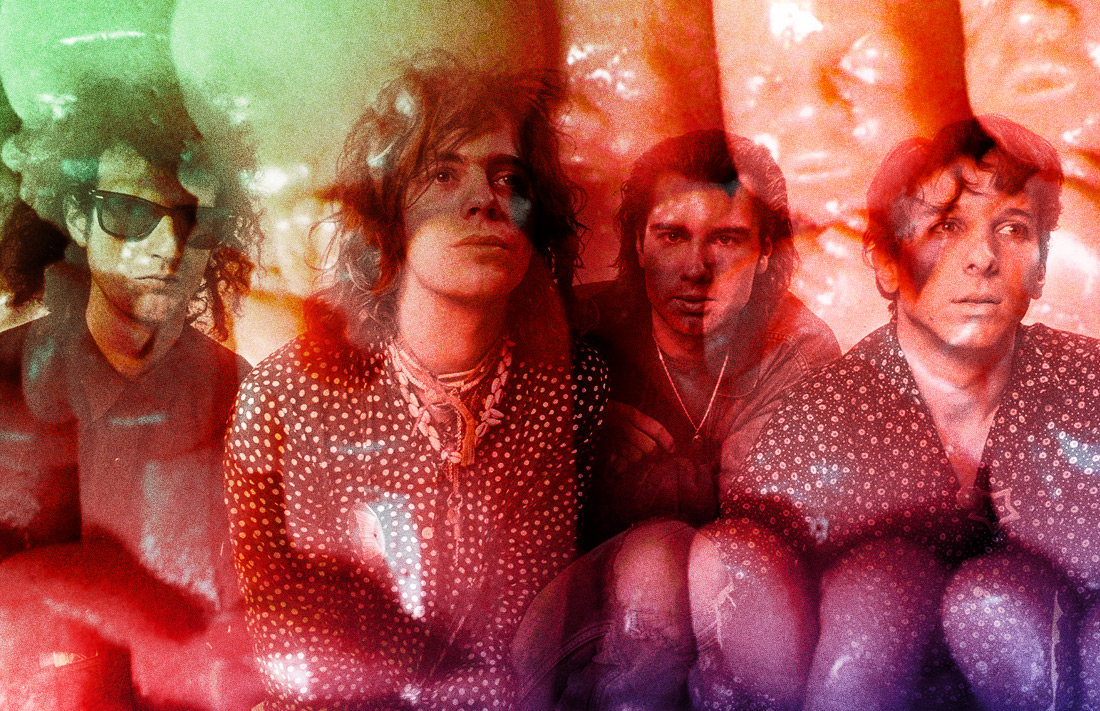 This year has been good for Flaming Lips fans who run deep. In April, Rhino released Scratching the Door, a collection of the band’s very first recordings — well before putting Oklahoma City on the college rock map. Things got even better when the label remastered The Flaming Lips’ Restless Records catalog.

Yanked straight from the 1/4-inch tape and retouched by unofficial FLip Dave Fridman (because who else would you want doing it?!), tracks like Godzilla Flick and There You Are: Jesus Song 7 really do sound better than ever. The reissues inspired me to explore that era for the first time in a minute. I’ve long cherished In a Priest Driven Ambulance, but I hadn’t given Oh My Gawd!!! or Telepathic Surgery some love in almost a decade.

The general narrative about The Flaming Lips is pretty simple. They got really weird as the decades progressed. And while that’s hard to argue, my recent peregrination into their early years reminded me of something: Wayne Coyne and the gang have always been plenty weird. These weren’t just a few mildly eccentric kids who satisfied their wildest urges thanks to fame. The FLips started their creative journey ensconced in a certain level of bat shit absurdity.

That little tidbit helps frame the arc and the catalog of the band. Especially when you’re thinking about their strangest dalliances. With that in mind, I decided to look through the Okies’ most absolutely bonkers releases. Remember, though: Before they made you buy four turntables, eat seven pounds of candy, or steal a dozen cell phones to hear their music — The Flaming Lips were weird on Restless Records first. There’s nothing abnormal about the format of this entry. It’s a CD from 2001, back when CDs ruled the world. The abnormal part is what the CD advertises. A few short years after appearing on Richard Linklater’s killer SubUrbia soundtrack, the band contributed music to another small-budget film. However, this one was a tad different. It was a documentary about noodling. Nope, not a movie for Phish fans. It’s a movie for fish fans. Okie Noodling covers the rural phenomenon of fishing by shoving your arm in a hollow log in hopes that a giant catfish bites down on it (a.k.a. “noodling”). That’s right, this film about good old boys catfisting contains music from The Flaming Lips. Told you it was weird! In the years since its release, Okie Noodling has acquired cult status similar to Jesco White’s famed Dancing Outlaw. One of the first entries in the legendary Sub Pop Singles Club, the Drug Machine B-side is where the weirdness shines. The Flaming Lips combined two diametrically opposed songs in a medley that is so cohesive, it sounds like something entirely different. On one hand, we have the snarling, nihilistic Sonics track Strychnine, which extolls the virtues of the poison. On the other hand, there’s the Nick Lowe‘s classic (What’s So Funny ‘Bout) Peace, Love And Understanding — the epitome of sincerity and earnestness. If you want to hear it, you’re in luck. It’s on the Death Trippin’ At Sunrise rarities collection. The lathe-cut cover of the Beach Boys classic didn’t make this list because it has a track called I’m So Drunk I Can’t Even Explain What I Feel Right Now But I Gotta Keep Those Love Good Vibrations A’Happenin With Her, but that certainly doesn’t hurt its case. The real reason it’s on here is because this is billed as a “four-sided” 8-inch record. You’re thinking, “How can one disc be four-sided?” As it turns out, there are three holes bored into the record. Side A has two grooves using the center hole, and side B has a groove centered around each of the flanking holes. Voilà, four sides. 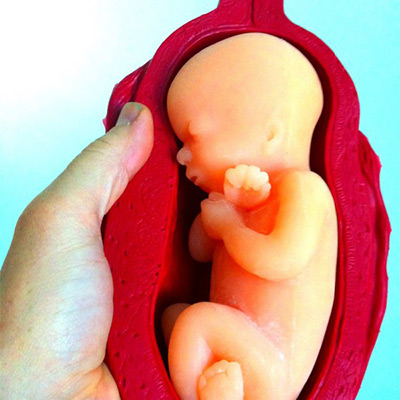 The year of our Lord 2011 saw a bevy of bizarre physical products from The Flaming Lips, as they swore off traditional releases altogether. Most of them involved gummy objects with a USB drive at the center. The idea of sinking your teeth into candy is totally benign — unless that candy is shaped like a tiny fetus. Has anyone actually devoured this? If you’re out there, I have so many questions. All of which are about the nightmares it must’ve provoked afterward. Most folks remember the gummy stuff from 2011, but this was maybe the coolest — and most inedible — of that batch. There’s definitely synergy in packaging a Strobotop-style toy and a couple dozen psychedelic animated discs alongside a few trippy songs. That’s doubly the case when one is a six-hour collaboration with Sean Lennon. You can’t eat the plastic, but if you find some other kind of edibles, you’ll be all set to strap in for a few hours and marvel at the ensuing magic. If you want to taste the Lips’ beer collaboration with music-obsessed brewery Dogfish Head at this point, you’ll have to crack open an ice cold…7-inch record. Dogfish Head regularly partners with artists. They usually create records and beers that influence one another, but they ratcheted things up for Dragons & Yum Yums. The ultra-limited clear version wasn’t just inspired by the sour pale ale. Dogfish made it with the pink beer right inside the vinyl. Here’s an early indicator of how little The Flaming Lips cared about convention. It’s also an early example of the band exploiting a physical format to its fullest. If you compare the original vinyl and CD versions of Telepathic Surgery, you’ll notice a huge disparity in runtime. The FLips used the extra CD space for Hell’s Angel’s Cracker Factory, a 23-minute instrumental freak out. An edited version was added to subsequent pressings, which is also part of the Death Trippin’ At Sunrise package. 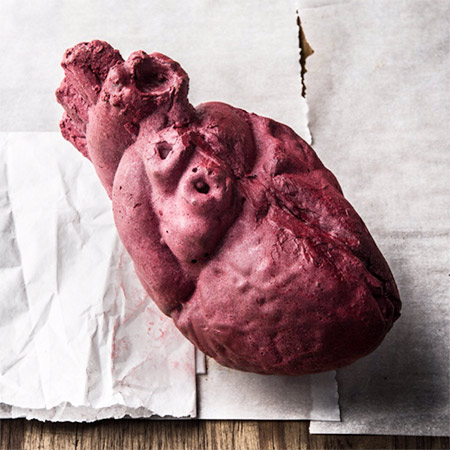 A record about love — inside a heart? Damn, dude. Wayne and the freaks outdid themselves thematically on this one. Limited to only 100 pieces, Songs Of Love was definitely made for consumption. The dark chocolate organ included hazelnut mini whoppers and bits of waffle cone. Not one has been sold in the Discogs Marketplace, and I think it’s because nobody could resist those whoppers long enough to flip it. 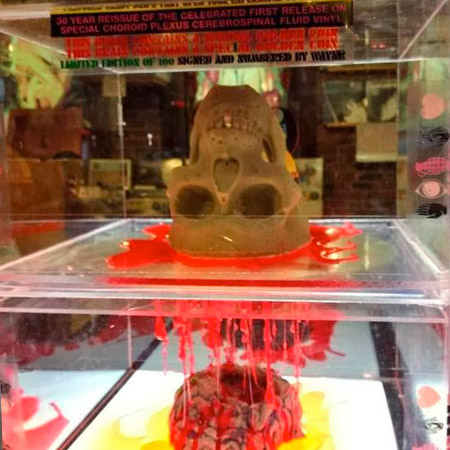 There are so many candy skulls that I decided to focus on the best one for this list. A few things set this skull apart, including the elaborately bloody mise-en-scène and vinyl sandwiched between the bifurcated box. Here’s the real kicker, though: There’s a coin inside the brain which gives you access to any Flaming Lips show of your choice. Apparently there’s no expiration date on that offer. Someone I know recently cracked his open, called the number on the coin, and promptly received a text from Wayne himself to set things up! Thankfully you don’t have to tear apart the box to hear the band’s debut EP. It’s part of the Scratching The Door collection from April. 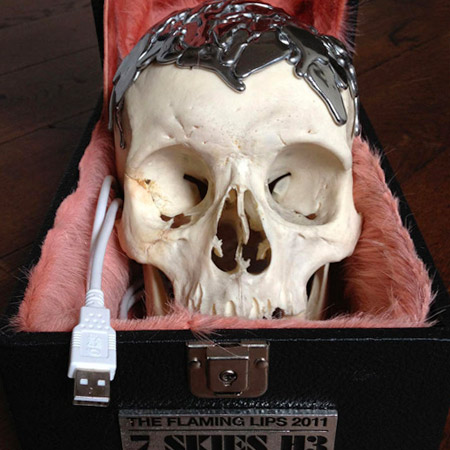 I know you’re questioning me again here. “I thought you said only one candy skull?” Well, this limited edition skull isn’t made of candy. It’s made of bone. That’s right, the band claims this ridiculously rare (only 13 made!) and ridiculously expensive ($5,000!) release is an actual human skull with a permanently implanted USB drive. There are 12 people in the Discogs community who claim to own it, which means one is out there in the wild just waiting to be cataloged. The Flaming Lips And Heady Fwends (2012)

What’s more bizarre than an actual human skull that plays music? That’s a tough one. Unless you’re The Flaming Lips. To commemorate their 2012 …Heady Fwends record — which featured a star-studded cast including Ke$ha, Nick Cave, Biz Markie, Erykah Badu, Bon Iver, Jim James — the Lips asked several contributors for their blood. You read that right. The bodily fluids were mixed together and sandwiched between clear vinyl. This means you can own a tiny bit of blood from some of the biggest and best musicians around. And if we’re to believe Wayne, it’s not just any blood…

And don’t forget: Before they were weird like this, The Flaming Lips were weird on Restless Records first.