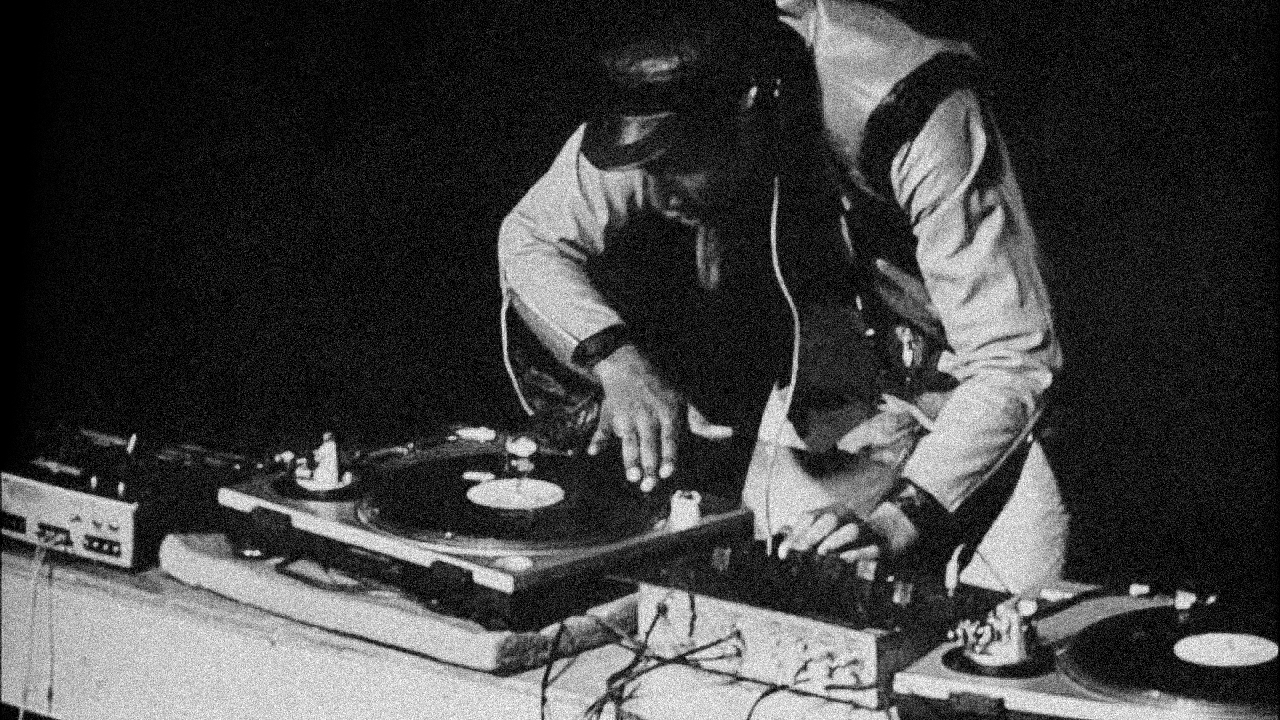 At around 1 million listings in the Discogs Database, the volume of the humble 12-inch single sits somewhere between the much less popular 10-inch at 300,000 listings and the 7-inch at 2 million. Nowadays, if you’re a casual collector, the appeal of the 12-inch may be somewhat of a mystery. They lack the portableness and uniqueness of the 7-inch and contain much less music than a traditional full-length LP at the same size.

Discogs as a catalog originally focused primarily on dance music 12-inch singles, so it’s only appropriate that we dig into the history of the record format, its current status in the Database, its dramatic fall in popularity over the years, and what we can expect in the future.

The Advent of the 12-inch

Coming to prominence in that mid-1970s disco era — 12-inch records were initially called “Disco Disks” — these singles were usually cut at 45 RPM with wider grooves, giving the songs more volume and power while allowing space on the B-side for extended cuts, remixes, and instrumentals. Producers enjoyed the freedom of stretching songs well past the previous 7-inch time constraints. DJs, the primary audience for the 12-inch, immediately loved the lengthier cuts filled with booming bass as they were ripe for a bangin’ time at the discotheque.

Interestingly, 12-inch singles were originally a fortuitous mistake. Tom Moulton, who was neither a DJ nor a musician at the time but is now known as “the father of the disco mix,” simply had the ear for a hit record and an immense passion for music. After making his name known by creating elongated mixes of funk, soul, and early disco hits, Moulton and mastering engineer José Rodriguez created the 12-inch out of necessity: they had to finish a mix by the end of the weekend and were out of 7-inch blanks. Moulton stretched out the grooves to fill in the 12-inch blank, and history was written.

While there are some conflicting reports on the very first 12-inch single, Moulton points to I’ll Be Holding On by Al Downing. Funnily enough, the Database has yet to receive an entry for the then-not-commercially-available 12-inch.

12-inch Singles in the Database 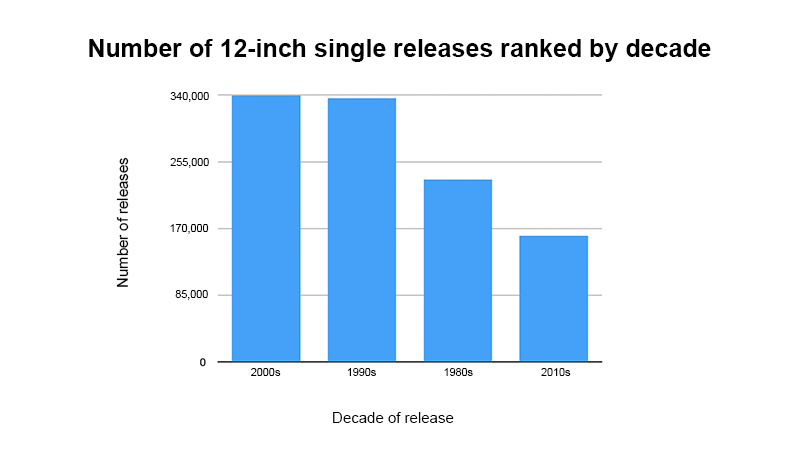 Electronic Music and the 12-inch

The years 1995 to 2005 were undoubtedly halcyon days for the 12-inch, mostly thanks to a heavy focus on electronic music and DJing. At the aforementioned peak year of 2001, 35,000 electronic 12-inches were released. The second highest genre? Hip-hop with a mere 5,000. In terms of genre, there is no equal to electronic. Here are the top 10 years for 12-inch single listings ranked by year and divided by genre: 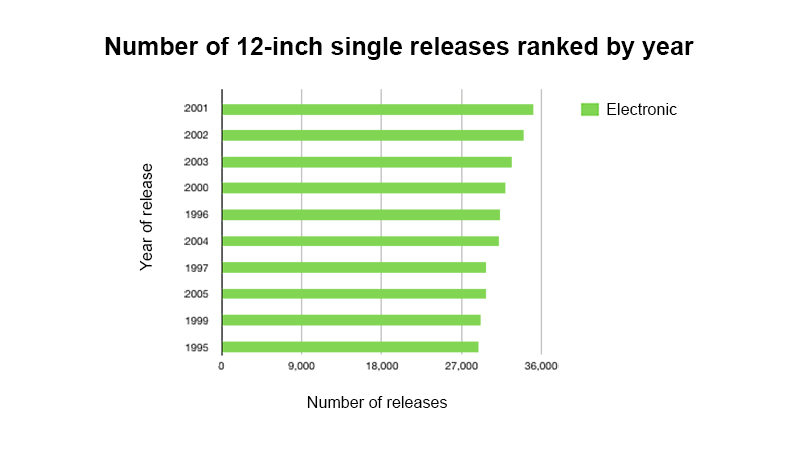 Yep, all electronic records. You’d have to go back to 1982 to find a year where electronic wasn’t the No. 1 genre, and you’d have to go back to 1986 to find the highest amount of listings in a genre other than electronic. (The most collected 12-inch single from that year? The Final Countdown by Europe!) As recent as last year, electronic music has held an extraordinary dominance over the format. So it’s reasonable to assume the popularity of the 12-inch, especially form 1995 to 2005, relied heavily on DJs spinning then-new electronic pressings.

Pioneer’s CDJ-300, the first CDJ (aka the device designed specifically for DJs), was first introduced in 1992 and it faced a steep battle in popularity against the classic turntable. That all changed in 2001 when the CDJ-1000 was released, which was Pioneer’s first product to feature coveted analog hallmarks such as the ability to scratch. It’s ironic that the first CDJ to make a massive impact on some of the biggest DJs was due to an unintended turntable function.

The Future of the 12-inch Single

What does the future hold for the 12-inch single? The drop in 12-inch releases could be attributed to both the decline in 12-inch singles actually made nowadays combined with the all-encompassing nature of the Discogs Database (as always, a big thank you to our many contributors!). While there’s always new-old music to find, what you see in the Database just might represent the vast majority of historical 12-inch releases.

With most DJs rocking some sort of digital set-up, combined with the prevalence of streaming, the 12-inch is, at best, a niche beloved by those in the know. At a steady rate of 16,000 new listings in the Database per year since 2016, the 12-inch definitely still has its fans! Just as we are still witnessing the vinyl boom and the small yet pronounced cassette revival, it’s safe to assume there will always be a place for 12-inch singles as long as our passion for physical media remains.

If you need some classic 12-inch suggestions to add to your collection, we got you covered. Have a 12-inch that isn’t in the Database yet? We’re always ready for new submissions.