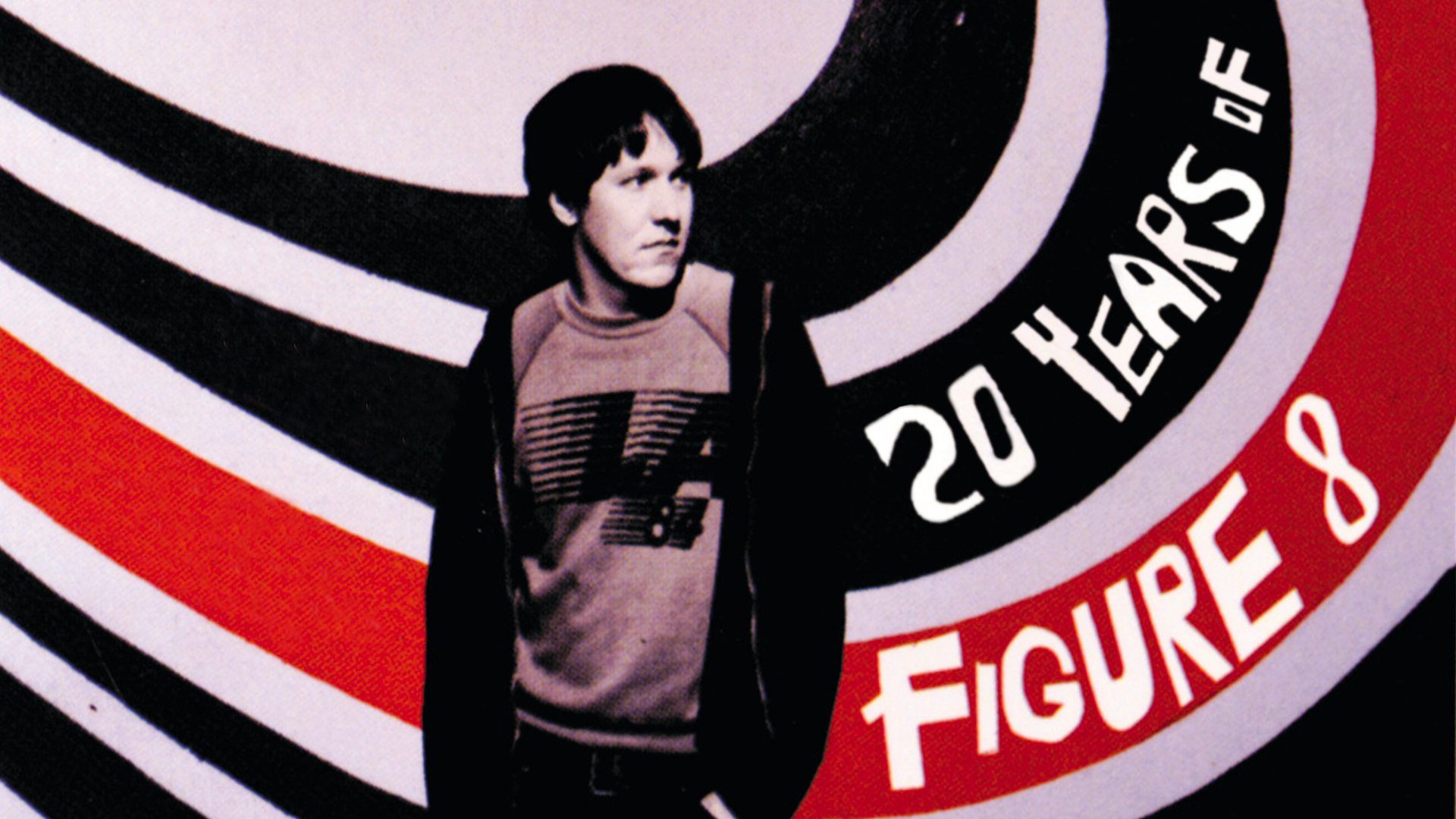 It does not seem like two decades ago that I arranged and attended Elliott Smith’s in-store performance at Amoeba Music in San Francisco. It was 2000, the dawn of a new century. The store, formerly a bowling alley, had the resounding echo cascading off the walls of “click, click, click,” as hundreds of people simultaneously flicked through the abundant stock of CDs. Streaming and downloading was still only on the shadowy outer rings of fringe college kids. The physical format was still top dog as there really was not any other alternative.

People had been waiting in line outside the store since before it opened in anticipation of Smith’s free gig, hoping to get a close look at the singer-songwriter. He had already built up a devout and passionate following of both critics and fans, first with his band Heatmiser, then with subsequent solo releases on indies Cavity Search and Kill Rock Stars. The inclusion of several of his songs on the soundtrack for the hit 1997 film Good Will Hunting threw the shy artist into the mainstream spotlight, the track “Miss Misery,” written specifically for the movie, going on to be nominated for an Academy Award.

This new title- Figure 8– was his fifth release, his second for major label Dreamworks (who I worked for at the time) and the follow up to his career best-seller, XO. It seemed that Smith was poised to be (another) spokesperson for his generation with breakthrough success. In retrospect, Smith is the perfect embodiment of Generation X ideals. Art- not celebrity- was key to his output. Though his acoustic, gentle, sometimes almost whisper-soft vocals may not have fit perfectly into the well-publicized grunge parameters of the time, his delivery was equally powerful, especially when combined with his haunting, stripped-back musicality. With his shaggy hair, thrift store style aesthetic of bobbly cardigans and t-shirts, he would have fit into many a Northwest punk band. This amalgamation of everyman looks and relatable lyrical topics resonated with listeners. In-person, the singer-songwriter appeared almost to be caving in on himself, as if the weight of audience expectation was crushing his lithe frame. This fragility made him seem even more sincere.

From Place Pigalle to Figure 8

Many aspects of Figure 8 seemed to be packed almost with Easter Eggs aimed at his generation. The album’s title originally planned to be Place Pigalle after a square in Paris, was swapped out for the homage to a favourite Schoolhouse Rock!’s track. For the uninitiated, Schoolhouse Rock! was a set of cartoons shown during children’s programming on Saturday mornings from 1973-1984. While this may seem like a cutesy saccharine pick for an album name, a revisit to the original reveals a rather melancholic snow scene, with an almost equally chilling female vocalist talk / singing the properties of the number: “…that’s a circle that turns ‘round upon itself.” Smith covered the song for the album, though it ultimately did not make the final tracklisting. The deceptively naïve chill of the animated short perfectly reflects the equally folky pop of 8’s first single, “Happiness,” a morose lament of regret mixed with fading hope for better times: “What I used to be will pass away and then you’ll see / That all I want now is happiness for you and me.”

The Iconic Visual Aesthetic of Figure 8

The cover art continues this theme of simple complexity, composed with just four colours: red, black and white, with the only relief coming from the flesh tone of Smith’s right hand. The image, taken by photographer Autumn de Wilde, shows the singer in front of a swirling abstract mural. He is partially in silhouette, looking off to the side. The painting’s location of 4334 W. Sunset Boulevard in the Los Angeles neighbourhood of Silver Lake is another nod to his peers. At the time, the area was one of the last bastions of somewhat affordable housing for artists and creatives looking to find community in the city. 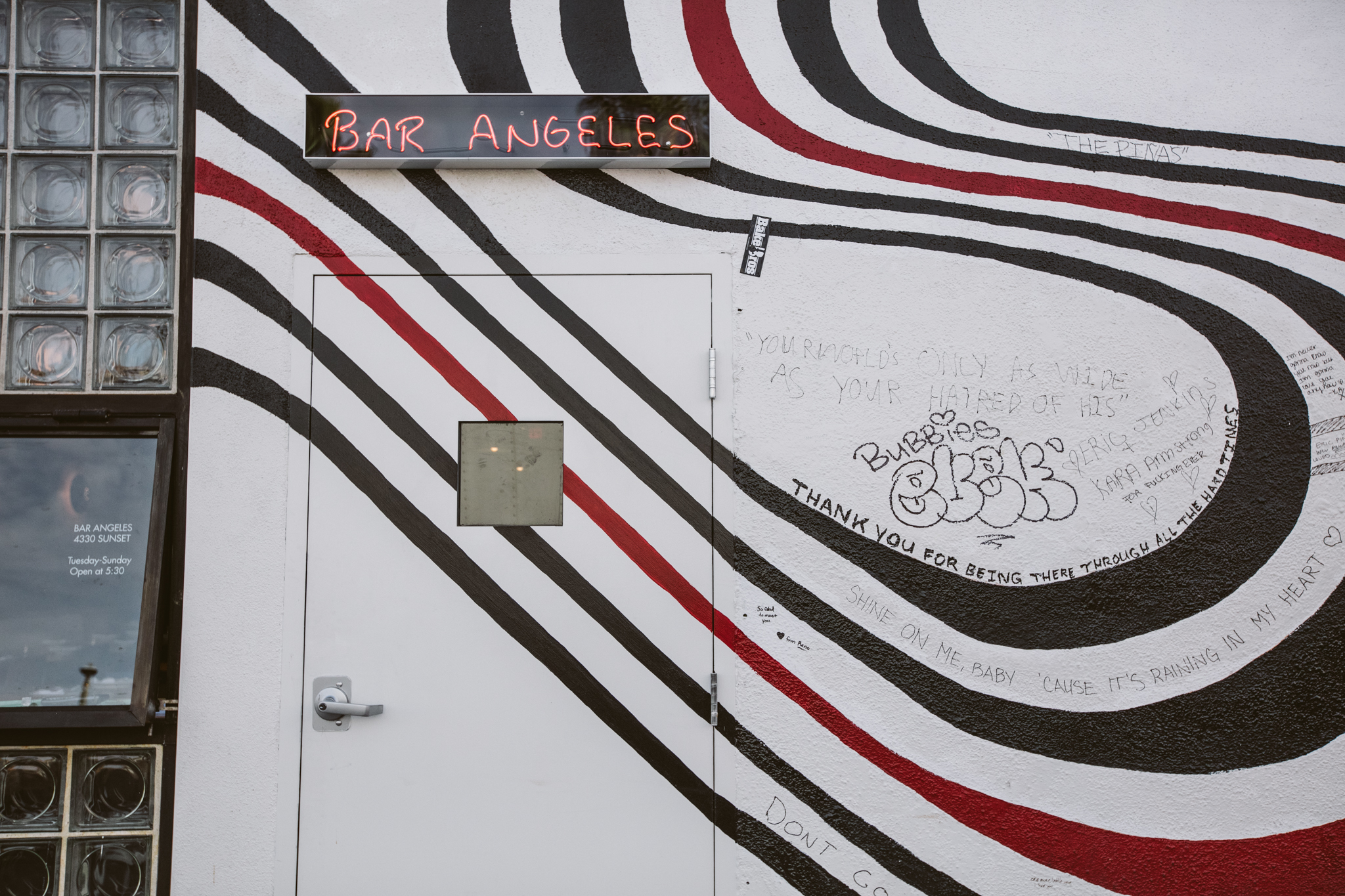 A Change In Tone

Many critics wrote of the “upbeat” nature of Figure 8 in comparison to Smith’s previous work, album tracks as well as the second single “Son of Sam” sharing the attributes of catchy chorus laid over rather barren, dystopic lyrics. Though easily mistaken to take the name after the tag given to serial killer David Berkowitz, Smith claimed that the song was about relating a dream from the night before to a friend.

The video, directed by de Wilde, features similar day / evening light / dark contrasts, as well as clear connections between cinematic classics The Wizard of Oz and The Red Balloon. The clip starts off in black and white, showing Smith seemingly trapped inside a room. Muted colour only makes its way into the shot once a red balloon appears outside his window. He tries to touch it, but the glass keeps him away. Once Smith finally makes his way out to follow the balloon onto the street, the screen comes fully into colour, much like Dorothy’s experience once her house lands in Oz. But unlike the brilliant, bright Technicolor of the 1939 film, Smith’s “colour” is muted and muddy, the vividness of the balloon as it bounces along the Los Angeles streets the only reprieve from the world devoid of any lushness. The balloon eventually leads Smith to the Figure 8 mural, bobbing up and down before deflating completely, submerging the limited lightness once again into harsh two-tone.

Figure 8 does showcase a wider array of styles and influences than its predecessor, XO, possibly because the same production team of Tom Rothrock and Rob Schnapf were at the controls for both. Traditional Smith-flavoured acoustic numbers like “Somebody That I Used to Know” mingle on the LP with the swirling “Everything Means Nothing to Me” and gentle ballads like “I Better Be Quiet Now.” The almost schizophrenic meandering between formats was viewed by some critics as a “progression” for Smith from XO, while others saw the myriad of ideas as not unabashed creativity, instead labeling it an “attempt to remain original” resulting in the overall album being “unbearably random-sounding– a problem that plagues this record from start to finish.”

What is undebatable is Elliott’s commitment to artistry for artistic sake- pop consumerism did not seem to be high on the agenda, even in the lighter fair that Figure 8 offers. While commercially the album did not sell in any large numbers, the accolades it still collects years after its release from critics and fans alike are near if not impossible to replicate in any recent albums from the last decade. The record has been included on many publications “top” lists, including The Guardian, Pitchfork and Rolling Stone, while famous fans range from Madonna to Radiohead.

Figure 8 begs the question of what is truly important in making lasting, iconic, timeless music: instant wide-ranging appeal, or divergent, not always accessible songs that reverberate long after the needle has come to the end of the record.