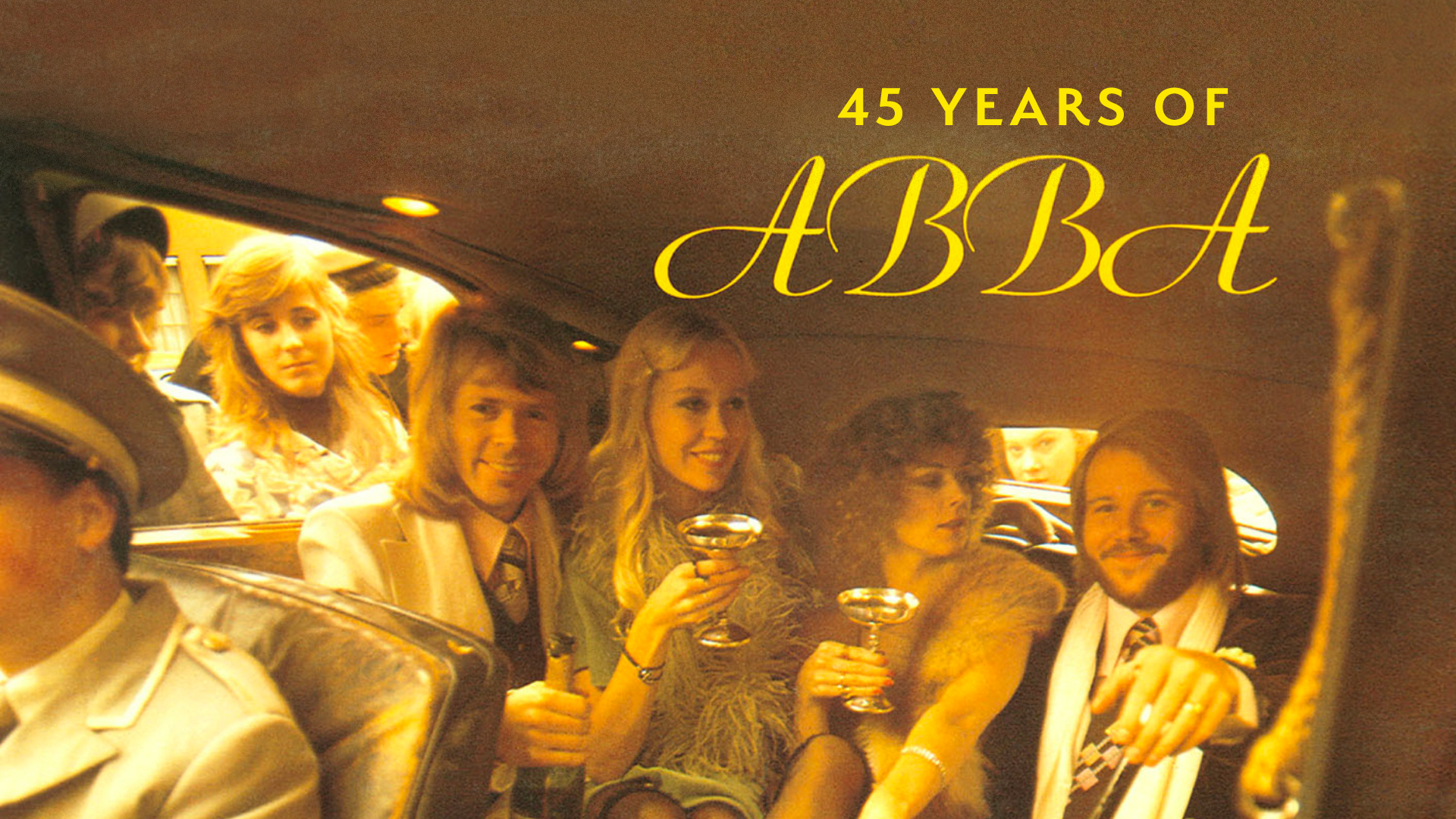 For me, ABBA has always been there. I don’t know if my mom listened to the Swedish sensations while she was pregnant with me, or if the albums were just on constant rotation in our house. Either way, their music has been interwoven into the tapestry of my consciousness and arguably the hive mind of much of western popular culture. I know the mythology of the group: the band, made up of two couples (Agnetha Fältskog, Björn Ulvaeus, Benny Andersson, Anni-Frid Lyngstad), won the Eurovision song contest in 1974 with their song ‘Waterloo.’ This propelled them to worldwide fame, soft-lit videos and eventually the inescapable Mamma Mia franchise of musicals and movies.

But a deeper excavation of their history, specifically the seemingly meteoric rise to international fame right after the song competition and around the release of their self-titled third album ABBA – yes third album- is an interesting study in perseverance, the power of media and the now almost extinct notion of a label building an artist’s career over the course of several records (see classic examples of beloved icons like Billy Joel, Elton John and even Bruce Springsteen) instead of looking for a pre-formed entity, complete with fan base, evolved point of view and sales history- or simply drop kicking a band off a label if not an instant sales sensation.

By the time of their Eurovision win, ABBA were already seasoned performers and songwriters. They had also experienced varying success, with their first single ‘Ring Ring’ from the album of the same name becoming a hit in areas of Europe and South Africa but failing to make any sort of impact on an international market. They had been unsuccessful twice at securing a win at the Melodifestivalen, the Swedish competition that selects what artist and song will represent the country at the much larger Eurovision contest. However, things were about to change. After clinching the win at the aspiring event in April 1974, the band became known worldwide, ‘Waterloo’ going to the number one spot on the charts in the UK and Germany as well as climbing to a very respectable number six in the US. The group spent the spring and summer of 1974 promoting the single that had finally help land them the top spot, before beginning work on a new album in August, decamping to Bruno Glenmark’s Glen Studio in Stockholm with engineer Michael B. Tretow guiding them. Songs began to come together quickly, with three tracks- ‘So Long’, ‘Man In The Middle’ and ‘SOS’- having complete basic backing tracks done within the first 48 hours of recording.

However, fear lingered as the end of the year drew near that the proverbial and dreaded ‘Eurovision curse’ – the lack of a relevant career post talent show- would afflict the Swedes. A November tour of European countries also heightened this worry, as shows failed to sell out, with some even being canceled. ‘Waterloo’ and ABBA seemed doomed to be one-hit wonders consigned to the lost bowels of pop culture. Their hopes for keeping any momentum going with a Christmas release also did not materialize; though the initial songs were written and recorded at a rapid rate, following sessions found the band tossing out songs that previously would have been used to round out a complete LP, as their desire to get each tune as close to perfect as possible intensified. They also had scheduled some tour dates in early 1975, further delaying availability for dedicated studio hours to complete the album.

By the time ABBA was released on April 21 of 1975, the band was unsure of their future beyond their native Scandinavia where they still enjoyed a loyal fanbase. ABBA zoomed up to number one in Sweden, crushing the sales of ‘Waterloo.’ The first single, ‘So Long’ takes up where ‘Waterloo’ left off, a fast-tempo hybrid of glam and disco, a live performance video of the band showcasing the girls resplendent in mini-mini dresses and thigh-high boots, the boys all windmilling guitar poses and shaggy hair. The B-side- or in some markets- double A-side of ‘I’ve Been Waiting for You’ is a slower, almost ballad-esque tune; its lack of commitment to either being a mid-tempo heartstring jerker- like the LP’s sixth single ‘SOS’- or a faster-paced foot-stomper of the kind that had brought them initial fame- makes it unsurprising that reception for neither song was overwhelming outside their homeland.

This makes the inclusion of the second single, ‘I Do, I Do, I Do, I Do, I Do’ such a departure from expected fair. Just as their previous two hits had offered a pastiche of styles, ‘I Do’ was inspired by the traditional European form of “Schlager” music. These songs often are overly sentimental and happy, with a catchy hook. The lyrics of ‘I Do’ fit firmly into this framework, its repeat vows of ‘I Do, I Do, I Do, I Do, I Do’ making it an instant wedding classic, supplemented with equally mushy lines celebrating a love finally consummated: ‘Oh, I’ve been dreaming through my lonely past /Now I just made it, I found you at last.’ What makes it special is the added and prominent saxophone, reflecting the influence of 1950s American orchestral music (a quick listen to the 1958 album La Paloma by bandleader Bill Vaughn is an incredibly obvious inspiration). Though one of the last tracks to be recorded for ABBA, ‘I Do’ was the elixir the group needed to shake any doubt of their lasting longevity. The song ignited what became known as ‘Abba-mania’ in Australia, dashing up to the top of the country’s charts, and having similar success in several European nations, before eventually landing at number 15 in the US and number 38 in the UK. Though the group was disappointed in the position attained by ‘I Do’ on Great Britain and American charts, the track laid the foundation for a remarkable FOUR further singles from the album. Of the eleven songs on the LP, seven were singles- illustrating the band’s versatility while also being active documentation of their recorded evolution. The loved-up sudsy ‘Bang-A-Boomerang’ was originally released as a fourth single and is one of the last examples of sheer bubble-gum pop by the group. The now ubiquitous ‘SOS,’ placed on the flip side of ‘Bang,’ features ABBA at their best- glimmery sing-a-longs with melancholic lyrics. ‘Mamma Mia,’ the last single from the album, captures these contrasting elements which have made ABBA beloved for decades- the fun zest of bright tunes paired with the rather lugubrious and universal experience of romance gone wrong: ‘I’ve been angry and sad about things that you do /I can’t count all the times that I’ve told you we’re through.’

There is a continuity of ABBA that is very appealing and comforting, in the same way a long-held family tradition brings normality and a feeling of calm expectedness. I love ABBA, my parents love ABBA, my 5-year old goddaughter loves ABBA. The band is a common, multi-generational gem, their almost singular ability to bring the opposition of love lost and disco-beat together in three-minute bangers has created a common ground across countries, cultures and age groups in a way that few others have managed to bridge. The sheer hit parade of ABBA showcases a band on the brink of going mega, finding their feet and taking off to the highest altitudes of success, creating several timeless tracks that could be of any moment while still firmly being steeped unmistakeably and uniquely in the 70s.