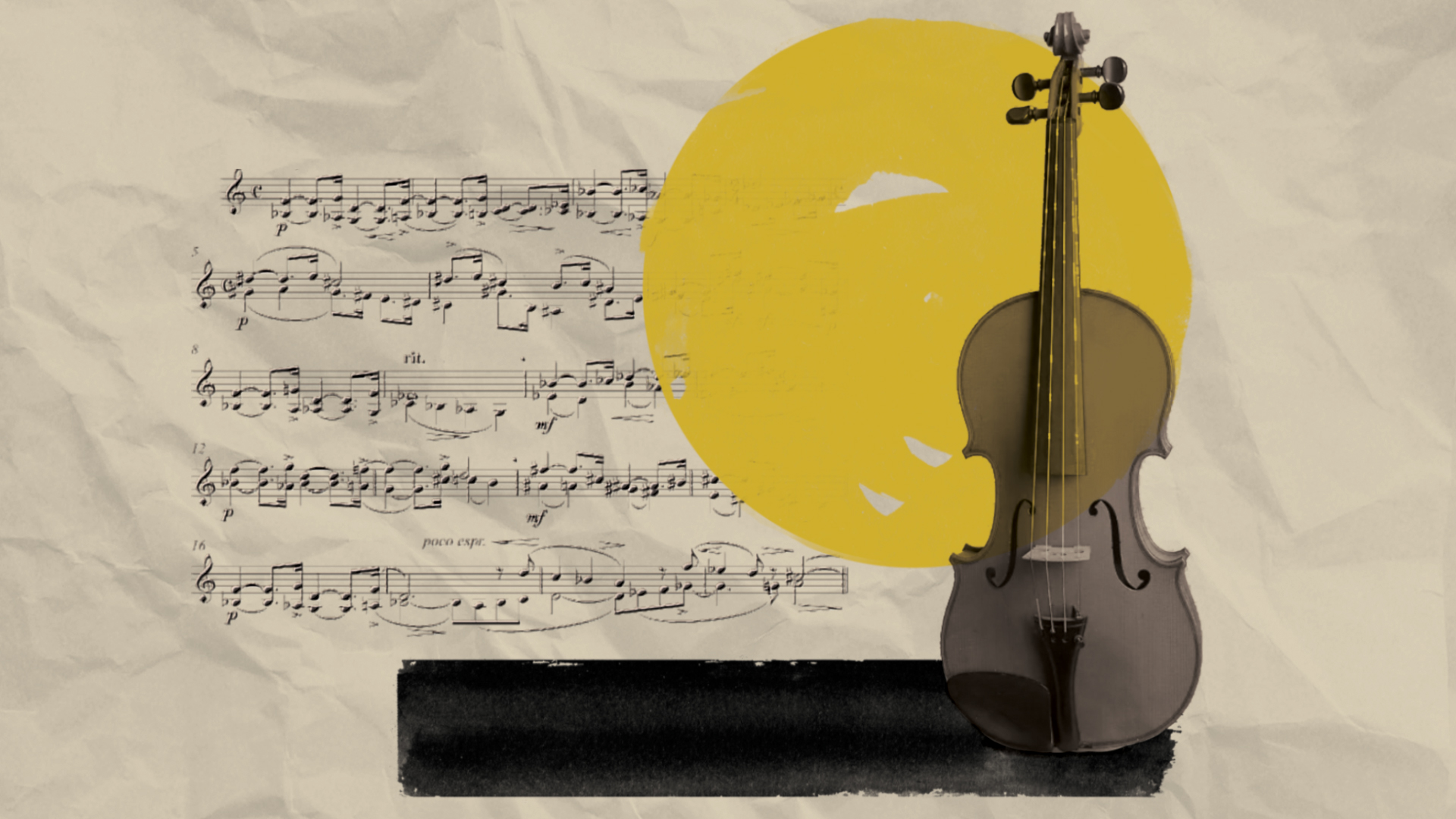 Concert halls are closed. So are movie theaters, restaurants, bars, gyms, everything. And not only can’t you play together, you can’t even pray together, because your church, synagogue, mosque or meeting place is shuttered. Nobody could blame you for being in a pretty rotten mood.

Okay, so that’s our New Reality. But there has to be some way to de-stress that doesn’t involve consuming an entire pint of Ben & Jerry’s in one sitting, picking your way through the inscrutable third season of Westworld or, God forbid, doing six loads of laundry in a single afternoon. Surely there’s a better approach?

I’d argue that there is indeed a better approach: listening to classical music. Please, no eye-rolling. I am not about to launch into an iteration of Music Appreciation 101. Forget academics, elitism, fussiness or any hint of intellectual pretension. This isn’t about rigor. It’s about pleasure.

So where to begin? Well, there’s a veritable sub-industry of anti-stressful classical music streams, but some of these are more tranquilizing than tranquil. Apple Music and TuneIn, for instance, offer a cluster of calm channels – Piano Music (a channel I actually do enjoy), Classical Guitar, Light Classical fare, and for the yule-starved among us, a Classical Christmas channel.

There are quite a few conventional FM stations that stream classical programming – I tend toward WCRB (Boston) and KING (Seattle) (plus WQXR when I get homesick for NYC) – but you’re at the mercy of whomever (or whatever) is deciding what’s to be heard.

Happily there are meatier alternatives. The most generous presenter may be the Metropolitan Opera, which in recent weeks has been streaming performances nightly from its “Live in HD” series. As I write this (April 8), for instance, a 2013 production of Verdi’s Falstaff is on tap, followed the night after with an Easter-season-appropriate production of Wagner’s Parsifal. The week of April 13 promises Dvorak’s Rusalka, Mussorgsky’s Boris Godunov, Puccini’s La Rondine and four others. Best of all? They’re free.

Free, too, are myriad performances from the vast archives of the New York Philharmonic. NY Phil Plays On lets you watch (and listen to) performances of Mahler’s Symphony No. 5 and Act I of Wagner’s Die Valküre, augmented by a half-dozen (so far) radio broadcasts. Mosey on over to YouTube, and revel in the huge amount of free (if you don’t mind the rudely-interrupting ads) classical fare.

My current favorite is the Frankfurt Radio Symphony Orchestra channel, and here I must steer you straight to Patricia Kopatchinskaja’s staggeringly fine account of Stravinsky’s Violin Concerto.

This brings us to Discogs, boasting almost 93,000 recordings in its Classical genre. The most collected out of all of these: John Williams’ soundtrack to Star Wars, followed by the soundtrack to Stanley Kubrick’s 2001: A Space Odyssey and music from Kubrick’s A Clockwork Orange. Indeed, the top listings are full of similar stuff, with Star Wars recordings occupying no fewer than four slots. Now, I have nothing at all against John Williams, but I’m not going to recommend any of these, at least not right now. If I were going to choose anything in the top 20 of Most Collected recordings on Discogs, it’d be the soundtrack to Amadeus, with Neville Marriner conducting the Academy of St. Martin-in-the-Fields. Yes, it’s Mozart, and Mozart long ago was consigned to the category of Ubiquitous with a capital U. Yet, the soundtrack is a terrific introduction to the classical music universe, providing a concise overview of Mozart’s astonishing range of achievement. Seeking an antidote to coronavirus-craziness? You need go no further than the first movement of Mozart’s Symphonie Concertante, at 13:31 the longest of the recording’s 20 tracks. It’s pure, soothing gorgeousness. No wonder Antonio Salieri, Mozart’s celebrated rival, wanted to wring young Wolfgang Amadeus’s neck.

From Mozart, it’s an easy leap to Beethoven, and here the available riches are practically limitless. Most surveys emphasize the overtly dramatic symphonies – the Third 3 (“Eroica”), Fifth, Seventh and inevitably, the Ninth (cue the Ode to Joy). For our purposes, however, I much prefer Symphony No. 6, often referred to as the “Pastoral.” And out of the gobs of available recordings, my heart goes immediately to Otto Klemperer conducting the Philharmonia Orchestra. My father, who grew up in a somewhat rough-and-tumble neighborhood of the Bronx, used to play this recording over and over again when I was growing up. You need only to listen to the symphony’s final movement, which Beethoven titled Shepherd’s Song. Cheerful and thankful feelings after the storm,” to agree that Dad was definitely onto something. Dipping into the exceptionally rich trove of Beethoven’s 32 piano sonatas, I’d go directly to the final three (Op. 109. 110 and 111), which not only sum up the composer’s accomplishment in the genre but which occupy a kind of spiritual plane all their own. So many pianists have recorded these that it’s challenging to make an absolute first choice. Still, if I had to name a favorite modern interpretation, it’d be Maurizio Pollini‘s double-CD release on Deutsche Grammophon. And not only does this set offer the three above sonatas, it includes the preceding two: No. 28 and No. 29 – the stupendous “Hammerklavier.” I have a particular affection for English composer Ralph Vaughan Williams (1872-1958), who appreciated the elusive boundary between sentiment and sentimentality. Two of his best-known works, The Lark Ascending and especially the Fantasia on a Theme by Thomas Tallis, employ instrumental forces to exceptional expressive advantage. You can find both (and considerably more) on a Classics for Pleasure compilation featuring two of the most persuasive Vaughan Williams interpreters: Sir Adrian Boult and Vernon Handley.

Speaking of Tallis, I couldn’t write any survey of de-stressing classical music without mentioning the composer’s own Spem in Alium, a 40-voice motet from 1570 that, for me, is among the finest works in all Western music. Numerous vocal ensembles have recorded this work, but my clear preference is the version by The Tallis Scholars conducted by Peter Phillips, released in 1985 on the Gimell label. Try listening to this in complete darkness, reveling in the multiple voices (particularly the soprano on top) as they seem to float through space. Few composers summon up happiness as compellingly as Antonín Dvořák. He’s associated most often with his ninth (and last) symphony (From the New World), but I’d point instead to the Symphony No. 8 as his pinnacle in that genre. It’s the very definition of exuberance, concentrating its argument in a final movement that – in its evocation of pure, unbridled joy – has few equals among symphonists of any age. Of the dozens of available recordings of the Eighth, I’d steer you to Carlo Maria Giulini‘s exceptionally lithe account with the Chicago Symphony Orchestra on Deutsche Grammophon. If this performance doesn’t put you in a buoyant mood – well, there may be no hope for you. And as long as we’re talking about Dvorak, I’d be remiss if I didn’t mention some of the composer’s marvelous chamber music: the Piano Trios, the Piano Quartet and Piano Quintet, plus the extraordinary string quartets. One worthy recording features the Guarneri Quartet on the Philips label, pairing the composer’s touchstone Op. 96 American string quartet with Bederich Smetana’s Quartet No. 1 – From My Life. Any one of these pieces counts as rich solace for the soul.

Johann Sebastian Bach is everywhere in the catalog; few composers were as prodigious. A prime launching point is his six Brandenburg Concertos, heard to keen advantage in this three-CD set with Trevor Pinnock conducting members of the English Concert. Organ buffs have a bottomless trove to explore, but listeners new to Bach’s organ literature would do well to begin with one of the composer’s greatest works in any medium: the stupendous Passacaglia and Fugue, played by organist Ton Koopman as the centerpiece of a generous CD. It’s not exactly cheerful stuff in the conventional sense (the Brandenburgs qualify neatly on that score), yet its sheer scope and accumulating majesty. Jumping ahead two centuries brings us to one of the foundational personalities of the so-called “minimalist” movement: Steve Reich. I first encountered him via “Music for Mallet Instruments, Voices and Organ” written in 1973 and played brilliantly on a Deutsche Grammophon recording that also features Reich’s “Six Pianos” and “Drumming,” often hailed as his seminal composition. Minimalism is a loaded term, and regarding “Music for Mallet Instruments, Voices and Organ” I’d argue that the at-first-glance unchanging repetition belies its subtlety and spiritual depth. Many listeners cite its trance-like qualities, and I’d agree that the music does indeed cast something of a spell.

To close out this survey of nurturing classical repertoire, I’m going to hurtle back in time almost 600 years to the first decades of the 15th century and Renaissance composer Guillaume Dufay. Never heard of him, you say? That’s a pity, because Dufay was among the leading composers of his era, particularly in the realm of sacred music. There’s no better introduction to Dufay than his early 1430s “Missa Se la face ay pale” and likely no better recording than David Munrow leading his Early Music Consort. Munrow was a giant figure in the mid-20th-century revival of Renaissance and Medieval repertoire, and his suicide in 1976 at the age of 33 was (and remains) a tremendous loss. I first encountered this recording two years later while I was in college, and was instantly struck by its vocal and rhythmic purity. Dufay based his mass on a popular chanson by the same name (in rough English translation, “the man with the pale face”), and Munrow wisely includes the secular precursor as a lead-in to the mass itself. The opening Kyrie, with its soaring countertenor line, gives way to music that’s both an antidote to stressful circumstance and an affirmation of grace over darkness.