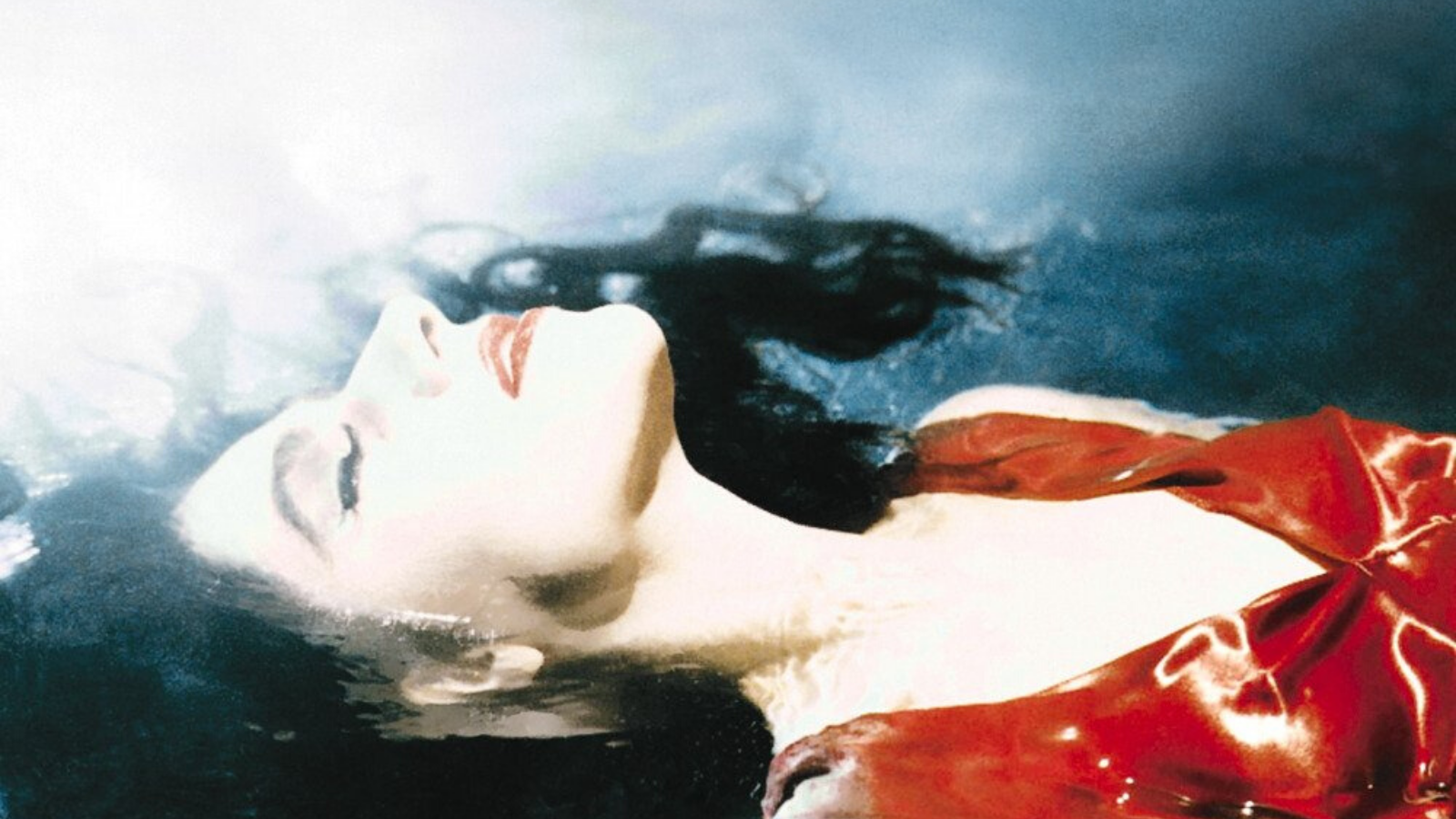 I remember the first time I heard PJ Harvey. I was working at my college radio station, KDVS. Someone had sent a single over in hopes that we would add this new artist into rotation on our playlist. Promotional items were delivered by the literal bucketful on a daily basis. Different record labels, local bands, and random DIY upstarts were all vying for a treasured spot on the hallowed weekly charts. It was the era when there was still an ‘underground,’ where music tribes and subcultures defined who you were, providing an entire set of ethos and values that permeated every area of identity.

Music by British artists was considered especially exotic, as it was filled with words, phrases, and references completely foreign to my Californian ears. We may have been speaking the same language, but everything else about bands from the UK seemed cooler- more raw, more real- than much of the stuff the station was sent from the States. Or at least it seemed that way to me at the time.

I put the song on my CD Walkman and plugged in the headphones. The track started off with an almost whispery vocal and a minimal accompaniment, building to a booming chorus and equally pounding guitar line. ‘Look at these, my child-bearing hips / Look at these, my ruby red ruby lips,’ blasted into my ears. The title was also the hook, ‘Sheela-na-gig, Sheela-na-gig.’

The artist was some English girl called PJ Harvey. I did not know what she was singing about, but I loved her urgency and power. I later learned that ‘Sheela-Na-Gig’ was the name given to sculptures from the Norman period of architecture, figures included on dozens of churches across Britain. These stone-carved creations feature women pulling back their labia lips. Ruby red, indeed. It is this mixing of history, emotions, and power that have constantly punctuated Harvey’s albums. She emerged during a strange moment in the late 20th century, somehow managing to both encapsulate the best parts of various other movements while being completely her own genre.

Her albums had the urgent intensity of classic massive grunge stalwarts like Nirvana’s Nevermind and Pearl Jam’s Ten, sharing the guttural vulnerability of high-rotation MTV fodder.

Her early aesthetic was pared down and bare, black hair often tightly pulled back, face devoid of makeup. It was, after all, the time of CK One, ‘a fragrance for a man or a woman,’ when the hard drawn lines between genders were starting to be slightly blurred by the start of commercial sexual ambiguity. Riot Grrrl bands like Bikini Kill, L7 and Babes in Toyland were wanting to take up space in the rock scene, their possession of a vagina one of the main USPs.

Harvey, however, did not take up much space; in the few live shows that were transmitted to the States, she looks tiny and fragile, her head atop a slender body. Being female was not a thing with Harvey; her power was possessing an almost quiet calm, commanding the stage and microphone with a mysterious vibrato that transgressed sex, her lyrics riddled with clever wordplay, cultural critique, and a pervading darkness. This was no better showcase than in her 1995 break out solo album, To Bring You My Love. PJ Harvey ‎– To Bring You My Love

Though written almost entirely on a second-hand Yamaha keyboard at an English countryside house purchased from royalties received from her first two albums, To Bring You My Love has a strong musical influence firmly placed in the US.

Inspiration Behind the Album

From the title track that mixes elements of classic Robert Johnson blues riffs with Stooges Fun House-era growls to Harvey’s repeated mentions of personal hero Captain Beefheart (who she references in various ways no less than four times on the LP), To Bring You My Love presents Harvey as an alchemist of the familiar and the bizarre, with songs much more layered and complicated than those featured on her prior albums.

While groups like the Spice Girls were proclaiming Girl Power, Harvey was power, not only writing all of her own music and lyrics but playing an array of instruments, including guitar, vibraphone, bells and that Yamaha keyboard.

The Aesthetic of To Bring You My Love

To Bring You My Love also showcases Harvey’s emerging visual potency. While former album sleeves had been more in-line with the asexual persona of early performances, To Bring You My Love features a bold and bright portrait of Harvey, floating in water. Dark hair tumbles around her face, bright, full red lips match an equally garish dress, while the long eyelashes and pale skin complete the look of a post-modern mash-up of Snow White and Millais’ Ophelia. Though at first glance dreamy and beautiful, Harvey’s reference points are no mistake, giving the pretty cover an underlying shadow of menace. The video for the LP’s break out hit, ‘Down By The Water,’ is equally a commentary on stereotypes and assumed perception. Harvey dons a slinky red silk dress with matching nails and lips. Her long, pin-curled tresses, purposefully caked-on blue eye shadow and obviously fake eyelashes provide all the accoutrements of idealized female allurement.

The Significance of To Bring You My Love

Yet the parts are greater than their sum; altogether, each element pushes Harvey further away from being an embodiment of femininity, looking instead forced and ridiculous, just as much an enigma here in full frontal colour as in past stripped down images. Harvey is immersed in a bubbling, aquatic megacosm throughout the 3-minute clip; it is often hard to discern if she is swimming or drowning. The scenes are cut through with the singer writhing and provocatively singing along with the slinky percussion; yet instead of being sexy, the juxtaposition of the two main visual points are jarring and rather threatening.

Indeed, the whispered lyrics at the tail end of the song- ‘Little fish big fish swimming in the water / Come back here, man, gimme my daughter’- come from a blues standard about a woman drowning her child.

The album was a success with fans on both sides of the Atlantic, catapulting Harvey from indie darling to international icon. In the US, ‘Down By the Water’ went to #2 on the Billboard Modern Rock chart – Harvey’s biggest hit to date – with the album debuting at number 40 on sales charts. In the UK, the album came in at number 12 and went to sell a million copies.

Press and critics raved about the release, sighting it as a triumph for the singer. To Bring You My Love was almost universally applauded, with publications including Rolling Stone, The New York Times, and People all voting it the best records of 1995. The LP went on to garner two Grammy Award nominations, one for Best Alternative Music Performance, the other Best Female Rock Vocal for ‘Down By The Water.’ To Bring You My Love was equally celebrated in the UK, receiving a nomination for the Mercury Music Prize.

Though now twenty-five years old officially on February 27, there are few – if any – albums that successfully navigate the treacherous seas of creativity, weirdness, beauty, and intelligence on such a mythic level, appealing to the casual fan and the devoted purist alike.

While sonically terrifying at times in its themes, lyrics, visual elements, and musicality, To Bring You My Love also sounds ironically like hope and possibility. Harvey made something dark yet appealing, packed with an array of connected dystopic content of the dark American dream gone bad. All of this was lurking purposefully under a thin crust of superficial gloss like a rotten core under a glimmering façade. In a time of singles, playlists, and ‘Insta,’ To Bring You My Love stands arguably unparallel as an entire enticing universe to be entered at one’s one risk.

Dr. Jennifer Otter Bickerdike
Dr. Jennifer Otter Bickerdike is a rock and roll cultural historian. Her last project, the #1 charting Why Vinyl Matters, is manifesto about the importance of vinyl as a cultural object, and features interviews with a variety of fans, including Tim Burgess, Henry Rollins and Fatboy Slim. Jen has recently been signed to Faber & Faber to write the complete biography of Nico.
Discogs Profile
5 Comments