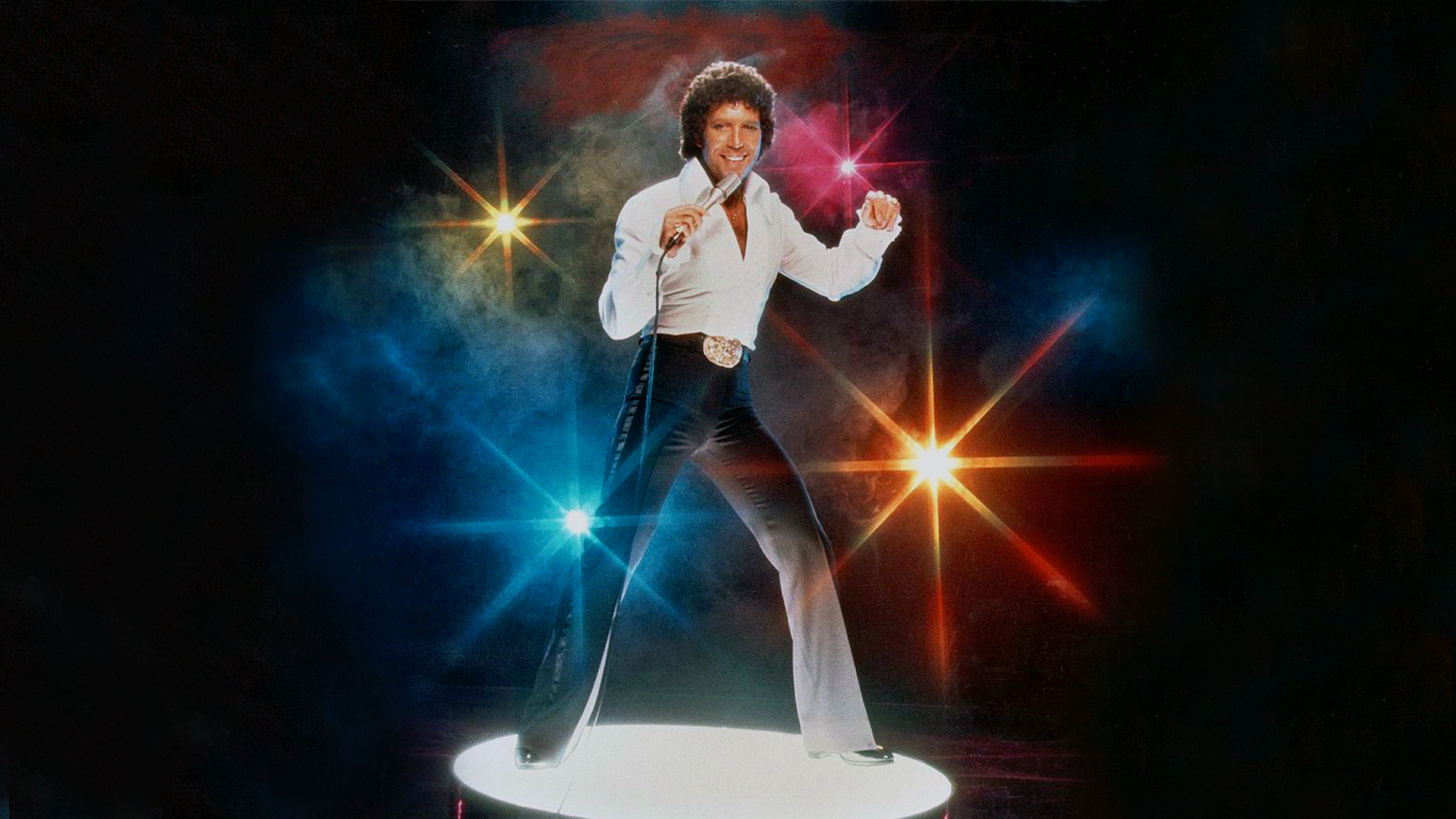 There is no other Tom Jones. As he approaches his 80th birthday, the icon still is as interesting, sexy, and irreverent as always. In a culture where youth is prized pretty much above all else, Sir Jones is an education in canny business sense, bravery, and reinvention- often against all odds. The inability to predict what he may do next is one of the only foreseeable certainties about the singer. The other is how he has managed to inject raw provocative prowess into even the most inane, making (most) things he touches seem incredibly tantalizing in unexpected ways.

The Rise Of Sir Tom Jones

Jones’s rise to fame is the familiar fairy tale-esque beginning. A young man from South Wales of humble background, the young Thomas John Woodward was not a natural athlete, finding a talent instead in singing. However, any early aspiration of becoming an artist was shelved after he got his high school girlfriend pregnant at the age of 16. A hasty wedding followed by the birth of their son thrust John into being an adult quickly, as he was forced to find work first in a factory making gloves then in the construction business to support his young family.

Though now a father and married, Woodward’s desire to perform and be a frontman did not go away. In 1963, he joined a Welsh beat group. During one of the band’s gigs playing at a working men’s club, Woodward was spotted by Gordon Mills. Originally from South Wales himself, the London based talent manager saw in the young vocalist an opportunity. Mills re-christened Woodward ‘Tom Jones,’ landing his protégé a recording contract with Decca within a year. Jones’s 1965 studio debut Along Came Jones featured several cover tracks and various songs written by Mills for Jones, including his biggest hit, the still omnipresent ‘It’s Not Unusual.’ The single became an international smash, thrusting the Brit into the global spotlight along with artists he had formerly admired, including Elvis Presley, who would become a life-long friend. As 1965 came to close, Mills noted interest in his new star waning. In a move which would be integral in securing Jones a lifelong career, Mills refashioned the pop singer into a sensual crooner. His visual style- half-open shirt, various medallions nestled in a virile nest of chest hair and incredibly tight pants leaving nothing to the imagination- became a trademark look, part of the package (throat clear) that was a bit dangerous and risqué- therefore incredibly alluring. Residencies at venues such as The Flamingo on Las Vegas’s famous strip and New York’s iconic Copacabana– both places known for over the top indulgence and legendary hijinks- further created a connection between the Welshman and the notion of barely contained libido. This was only further exacerbated by an incident at the latter establishment, where the stage for the performers was on the same level as the tables where the audience sat. According to Jones in a 2015 interview on Larry King, it was a warm night in 1968 at the Copa, and singer Jones was perspiring heavily during his show. The set-up of the club allowed fans to give the singer their napkins to mop his face with during the gig. However, one female fan went a step further, tossing her underwear to the singer. ‘This woman lifted her skirt and took them off,’ Jones told the journalist. ‘Where I come from in South Wales, if someone throws something at you, you try to turn it into an advantage.’ With that attitude, Jones used the knickers to mop his face, unintentionally creating what would become a ritual at his concerts. ‘It was a sexy thing- at the beginning,’ Jones admitted. ‘Then the women would bring them in handbags and it became a joke. It became a problem. I became a knicker magnet.’

The Shift To Television

But just as the pantie deluge became too much, Mills and Jones came up with another pivot for the star’s career: television. Jones had several different variety shows, one from 1969-1971 called This Is Tom Jones and another gracing sets from 1980-1981, simply titled Tom Jones, with guests ranging from I Dream of Jeannie’s Barbara Eden to the Queen of Soul herself, Aretha Franklin. Jones was not adverse to also being a guest on other people’s vehicles. He made guest appearances on various other series, including a must-see episode of camp romp Fantasy Island from 1984. Additional trivia point: Jones also starred with none other than the HOFF himself, David Hasselhoff, in a pilot for series Pleasure Cove which never got picked up.

Don’t Take Yourself Too Seriously

One reason that Jones may be able to evolve seemingly so effortlessly is that he has never taken himself that seriously- a personality trait that makes him even more attractive. As he remerged again on the recording side of his career with nine US country Top 40s in the mid-1980s, Jones still had an eye on other opportunities. Unlike other celebrities who seemingly cannot break away from a specific look from a specific moment in their career (I am looking at you, Robert Smith– love you!), Jones moved gracefully from the hunky bare-chested babe into a smooth suave elder statesman, black fitted suits and tailored attire now teasing the audience to imagine what they could not see instead of focusing on a well-packaged package. This arguably aided in catapulting Jones from kitsch to classic, his involvement in a project giving it a stamp of excellence. Like a good vodka or grass-fed bacon, the addition Jones in even the seemingly most unexpected places just made things that much better. Whether guesting as himself on the classic 90s Will Smith show The Fresh Prince of Bel-Air or in animated form on The Simpsons, the history of Jones is always there as well. No matter how covered up or seemingly innocuous the setting, everyone- audience and Jones- knows that he is a sex symbol. This adds a layer of cheeky confidence that makes him irresistibly appealing. The stranger the context, the cooler and more hip Jones seems to be- without even seeming to try (see his cameo in Tim Burton’s 1996 film Mars Attacks!). His ability to poke fun at his own iconography, hamming it up on various music videos with cheeky smiles and over the top enthusiasm just adds to legend, and illustrates how rare it is for newer artists to have this endearing trait. This is never more apparent than in his high-rotation video covering Prince’s ‘Kiss’ that he did with The Art of Noise in 1987. This success was again replicated with 2000’s aptly titled ‘Sex Bomb,’ which saw Jones once again ascend the UK charts to number 3.

The ability to take chances and work on a variety of projects keeps Jones current and applicable. The more off the wall the opportunity, the seemingly better he seems to be at not just making it good but owning it. While many artists have collaborated with a younger talent to prove that they are still relevant and hip (I am looking at you, my beloved Madge), it often looks forced and a wee bit desperate- completely inorganic, which never works for creating any sort of authentic believability. Wacky collaborations have been a part of the Jones repertoire from the start and are a staple for keeping him interesting. Whether it’s getting Fugee Wyclef Jean to produce an album (as he did in 2002 with his release Mr. Jones) or doing an intelligent, fun and inspired cover of the Talking Heads ‘Burning Down The House’ with The Cardigans (a video you must see to fully appreciate), Sir Tom seems to not fear anything. His most recent turn as a judge of the UK’s talent show The Voice showcases this to the extreme. While the other judges are for the most part an ever-changing parade, he is a constant, a great parallel to his permanence on the music scene. While fellow panelist will.i.am often seems to go out of his way to be funny or outrageous, Jones just takes it all in. After being on Fantasy Island, surely nothing else will ever come close to shocking you. We can all hope to have such casual confidence, style and raw sex appeal at any age, let alone to radiate it in such a tangible manner as one looks down the barrel of having eight decades under their belt. A huge huge Happy Birthday to you, Sir Tom. Your ability to do the unusual is amazing- and an intrinsic part of your magic. I mean this from the bottom of my heart- with my undies firmly still on.
Interested in seeing more articles like this one?
Don’t miss a beat!
Subscribe to Discogs Newsletters for music news, contests, exclusive vinyl & more.
Want to join the Discogs community of music lovers?
Sign up for an account.
––––