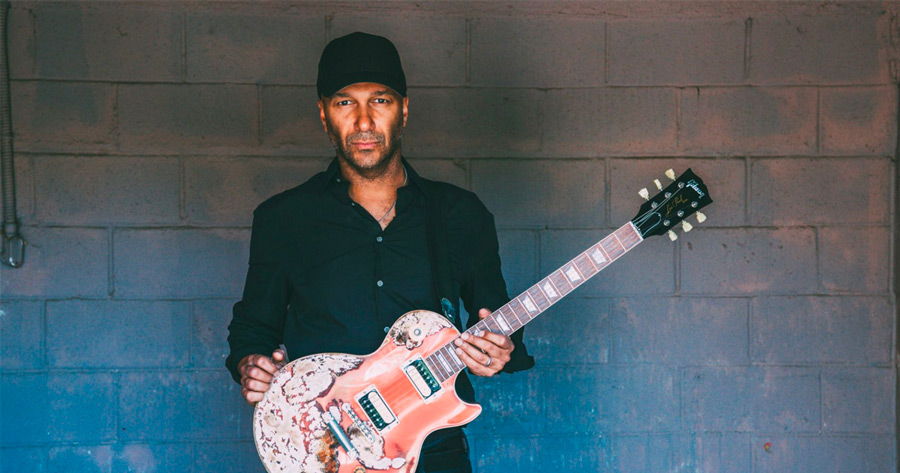 Late last year, Tom Morello released The Atlas Underground, an album he referred to at the time as a “sonic conspiracy” featuring a disparate assembly of artists like GZA, Gary Clark Jr., Steve Aoki, Pretty Lights, K. Flay, and so many more. Ahead of an upcoming tour, Morello decided to double down on this blueprint with a new track featuring a repeat performance from Clark and some magic Underground newcomer Gramatik called Can’t Stop The Bleeding.

With all the buzz around the song and the tour, the Rage Against The Machine guitar virtuoso was gracious enough to give us a little insight into The Atlas Underground through five key records. Until I discovered Knife Party, I was very suspect about the entire EDM genre, but Knife Party bring it as hard as Rage Against The Machine or any of my favorite metal.

The aggression, the funkiness, and the incredible tension and release reminded me of RATM’s Bullet In The Head and Freedom period. I thought, “What if I replace the synthesizers with guitars? I might be on to something brand new.” The thought of The Atlas Underground was to create a sound that is “The Hendrix Of Now.” I hope that this album serves as a Trojan Horse for electric guitar, inflicting my guitar vision on a new generation.

Having RZA and GZA together on my Lead Poisoning track was a dream come true. On this album, we are telling “social justice ghost stories” and their historic flow was indispensable.

The Atlas Underground features 20 guest collaborators from Bassnectar to Gary Clark Jr. to Marcus Mumford to K.Flay. In a way, it’s like the underground, terrifying, EDM, metal version of Santana’s Supernatural. Plus, both feature ample shredding.