Every time you add a Release to the Discogs Database you’re helping build the largest database of music that has ever existed. Building a cultural archive of the history of music is obviously really important, but it can be difficult to measure the impact of adding something to the archive – especially if it’s considered ‘obscure’. But in adding Releases to Discogs you’re also enabling other people from all around the world to add them to their Collections and Wantlists, which is an impact much easier to measure, and could be seen as a rough proxy for cultural impact.

Below is a list of the top 100 Contributors sorted by volume of Submissions collected.

There are almost 10.5 million Releases in the Discogs Database, which people have added to their Collections just over 280 million times, and to their Wantlists 160 million times. That means, on average, every Release added to Discogs  is currently Wanted or Collected by about 40 people. Obviously the more everyone adds the harder it is to find Releases to add that other people will actually have or want, but all the Submissions from these top 100 Contributors have been Collected and Wanted an average of 125 times each. 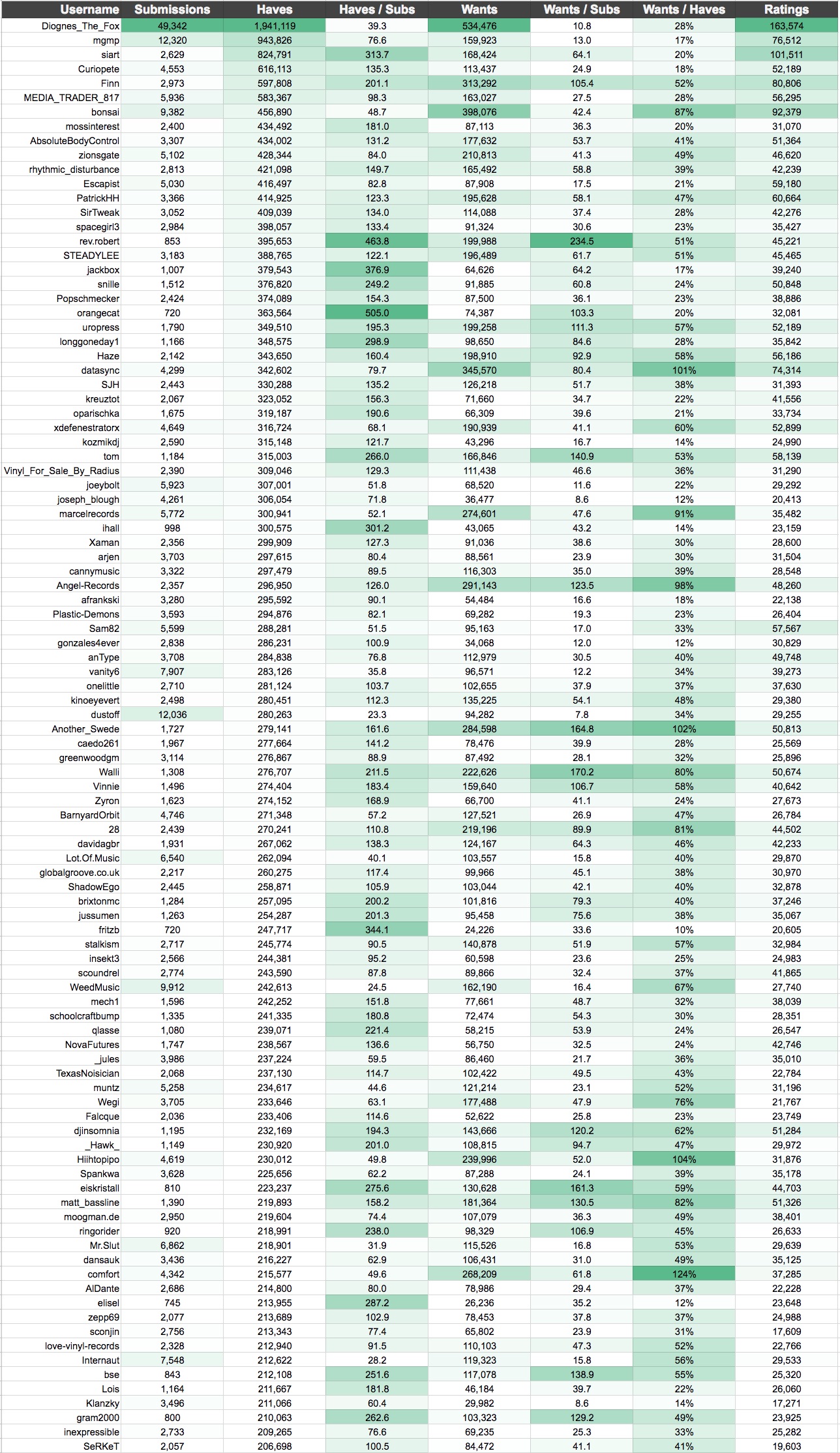