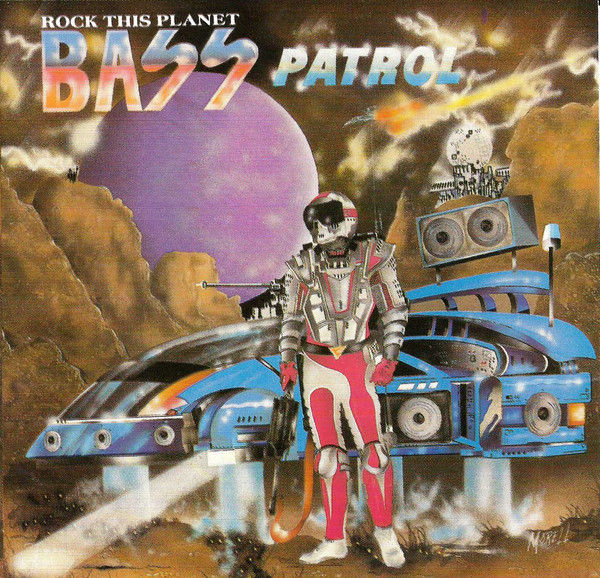 In light of the upcoming Crate Diggers Miami record fair, I thought it’d be a good time to share some of the choicer cuts of a style of music known as Miami Bass. This sub-style of Bass Music gained prominence in the 1980s and 1990s. Chances are, you’ve heard this music too. 2 Live Crew, Tag Team, and Quad City DJ’s are generally inescapable, especially if you’ve ever been to a sports game or watched a movie about some kind of “jam” that involved “space”.

Generally, most Miami Bass releases are quite affordable and haven’t had any significant collector demands in recent years. Even these aren’t exactly the most pricey when viewed in light of other styles. As a collector, this is actually quite fantastic, as you can build up your crates without breaking the bank.

Got any suggestions for styles you’d like to see showcased? Tell us down below!

Oh dang, this is really solid. Based on a bed of samples including Cybotron’s Clear and Nirvana’s Come As You Are, this actually was about 50% of the initial list before I removed duplicate entries.

I think this one might be here because it’s a hip hop 7″ and not necessarily because of the content. Generally, hip hop on 7″ is something of a rarer format, as the demand for those wasn’t as strong in the 90s. The 12″ version is quite affordable at under five bucks. Then again, it looks like the B-Side might be the focal point here.

Test pressings of important albums generally do better than their stock copy counterparts and this one is no exception. This is possibly the most well known example of this style, too.

I just picked up the more common version of this, which doesn’t have the remixes that this version does. I’m assuming that’s why it’s worth more. Good track.

This one seems to be legitimately rare. Pretty cool track, though. Unless you need the instrumental version, this can be sourced on the LP for less than a fiver, too.

Gosh, a CD. And no audio clips. Going to have to take the buyer’s word that this one was worth the price.

Another CD! This album seems to be really solid though. Vocoder, strong electro feel. Seems to be related to or at least inspired by the groundbreaking releases by Planet Patrol.

I can’t explain why there was a $63 sale on a $3 record. Maybe it was magically imbued with magical bass shaking properties.

Crate Diggers Miami Record Fair & After Party is happening at Gramps on the 18th of March 2017. The line up includes Rich Medina, Ron Trent and Zernell. You can find all details about the event on VinylHub.com.